It was wet and windy today. I had a half day. Michael was home sick. Mr. Waffle minded him in the morning and I had him in the afternoon. I abandoned him to drive into school and pick up Daniel (bike in the boot) and then when I had dropped Daniel, I went in search of herself (communication continues to be challenging – the phone Santa got her for Christmas is unsatisfactory). I found her almost home, her little helmet bobbing along as she walked by the nearby shops. She had been blown off her bike. She had a bloody knee but no serious injury was sustained except to her dignity.

Mr. Waffle arrived in at 6, also windswept and disappointed that his soccer was called off. There’s enthusiasm.

45,000 homes are without electricity though thankfully not ours (although we did lose the internet there for about an hour, so, you know, we could empathise). I lit the fire and made biscuits. Now we are about to eat them.

It’s a day for staying in. 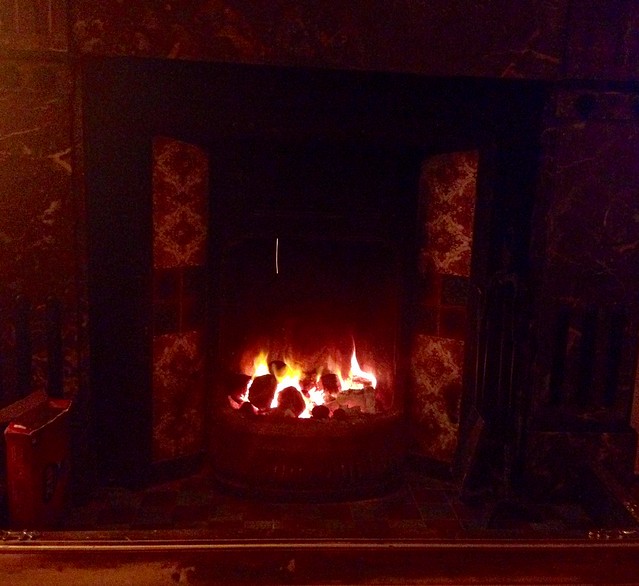