The bank holiday weekend is a while ago now but I know you are keenly awaiting an update from me. Oh yes you are. Saturday was unremarkable but on Sunday, which was a beautiful, beautiful day, my poor sons spent the day in the art house cinema judging the young audience award for three films (one Finnish, one Italian and one French-Senegalese co-production – all a bit worthy, I think). Herself had plans with friends so Mr. Waffle and I daringly went out for a walk for the day in the Wicklow hills. The weather was really beautiful and we got a little bit burnt but it was delightful. The thrill. If 15 year old me knew that I was describing a walk as a thrill, she would be utterly appalled. 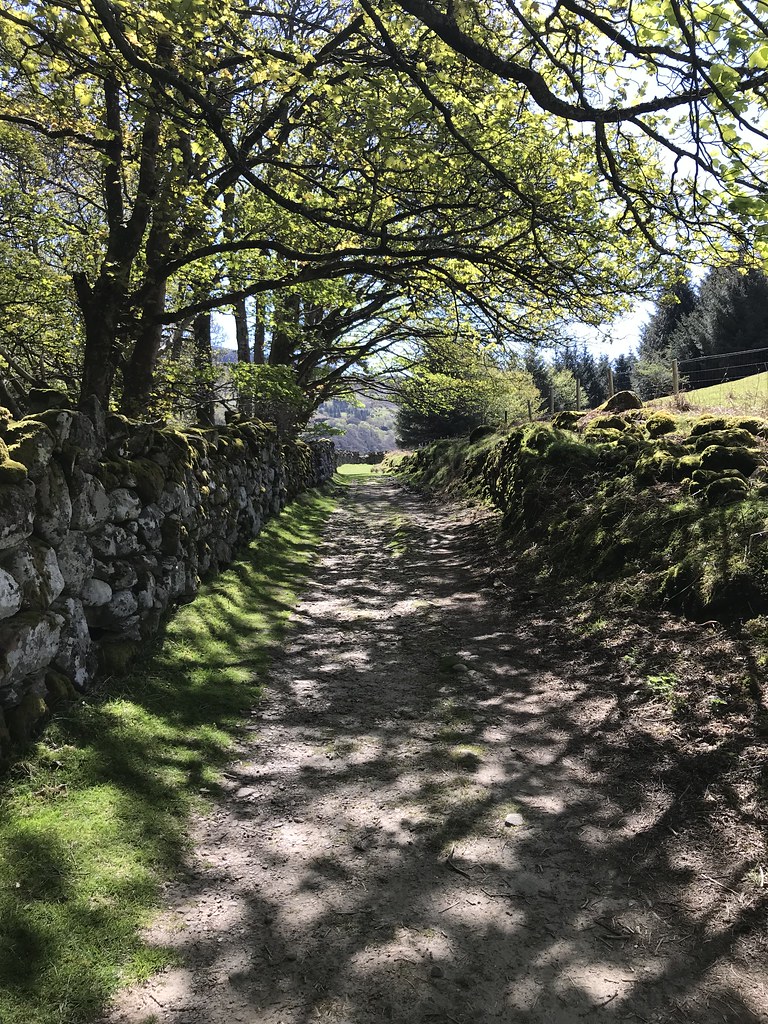 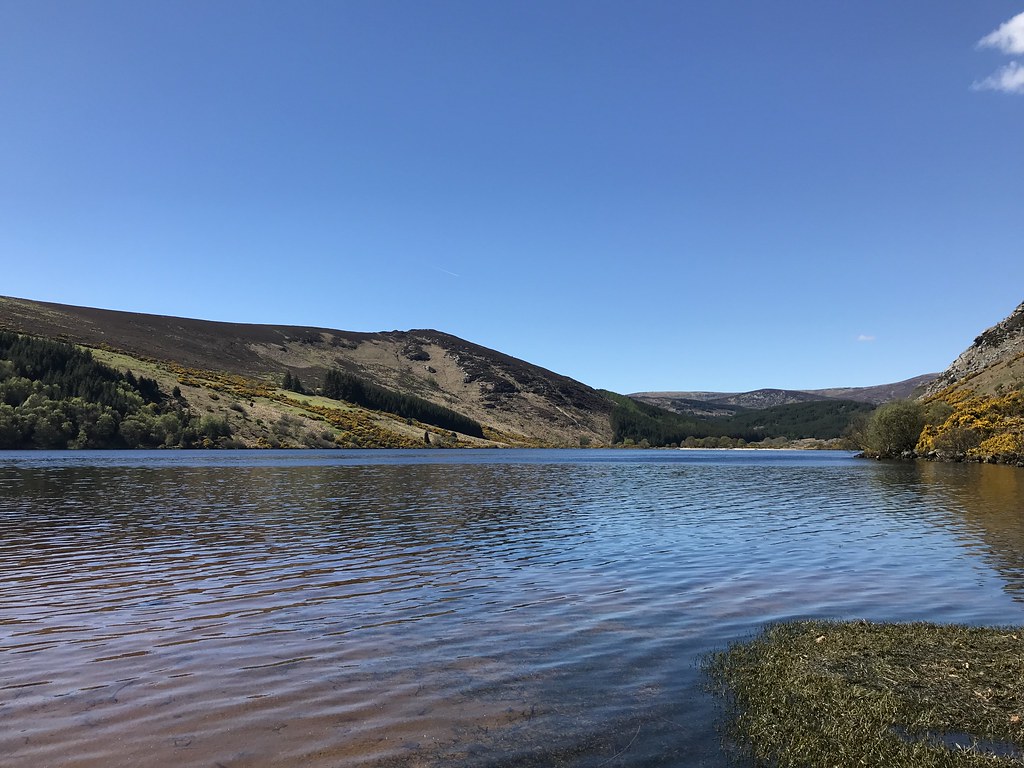 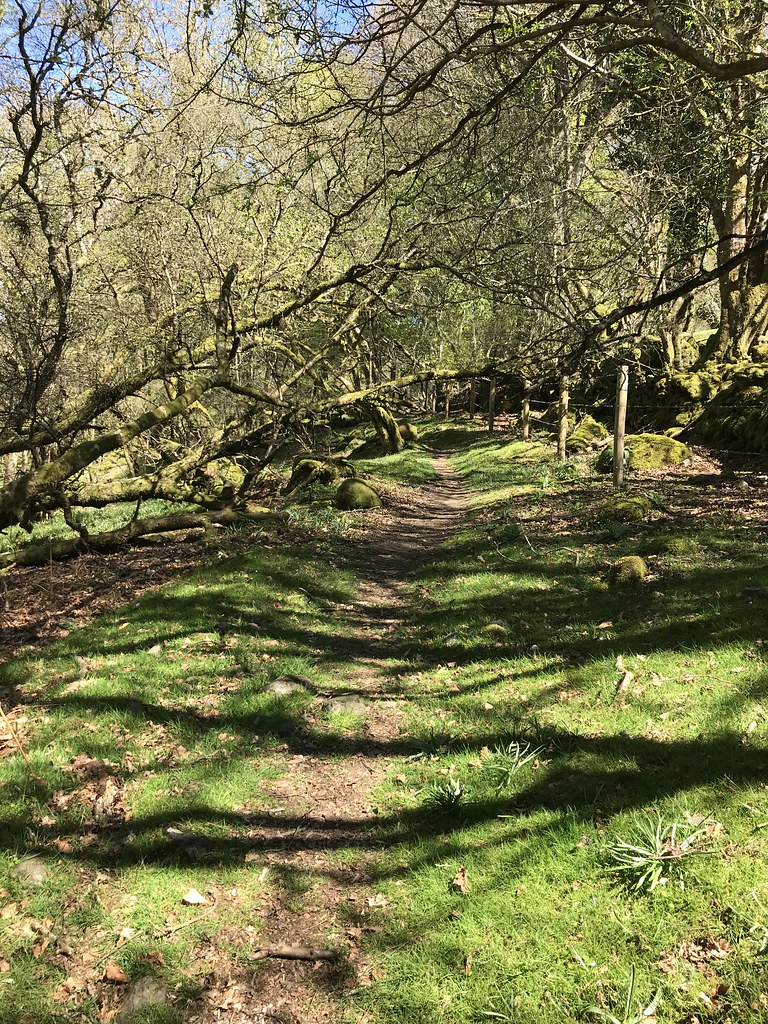 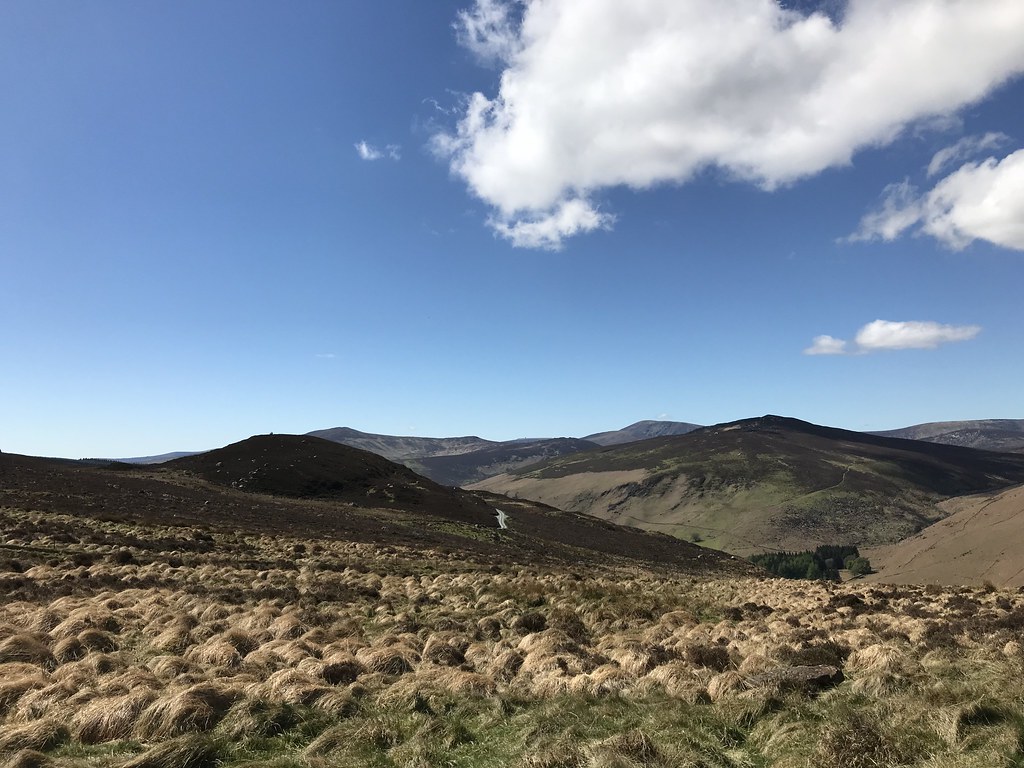 On Monday, we went out to visit Mr. Waffle’s parents leaving herself at home to study for the Junior certificate (state exams at 15 – a taste of the fear that is to come in 3 years when she sits her final school exams). Later that afternoon, Mr. Waffle and I went up to Glasnevin cemetery to investigate the newly reopened Daniel O’Connell round tower. It’s only just reopened and currently only open from 1-3, given that it was 4.45 that was quite annoying. 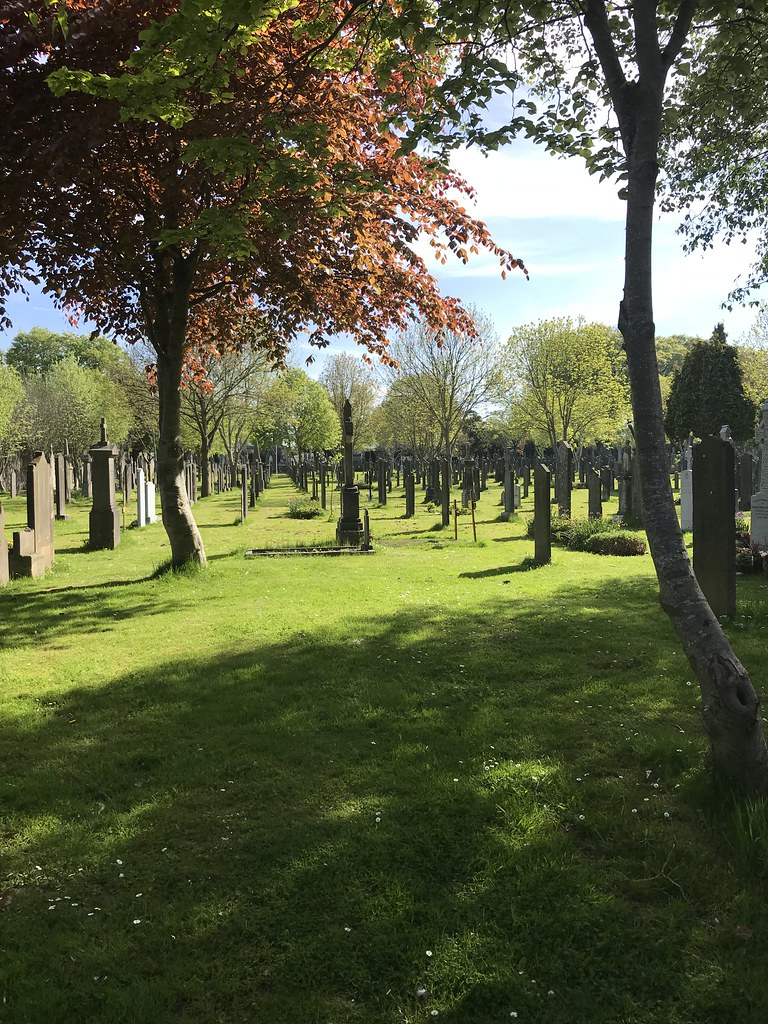 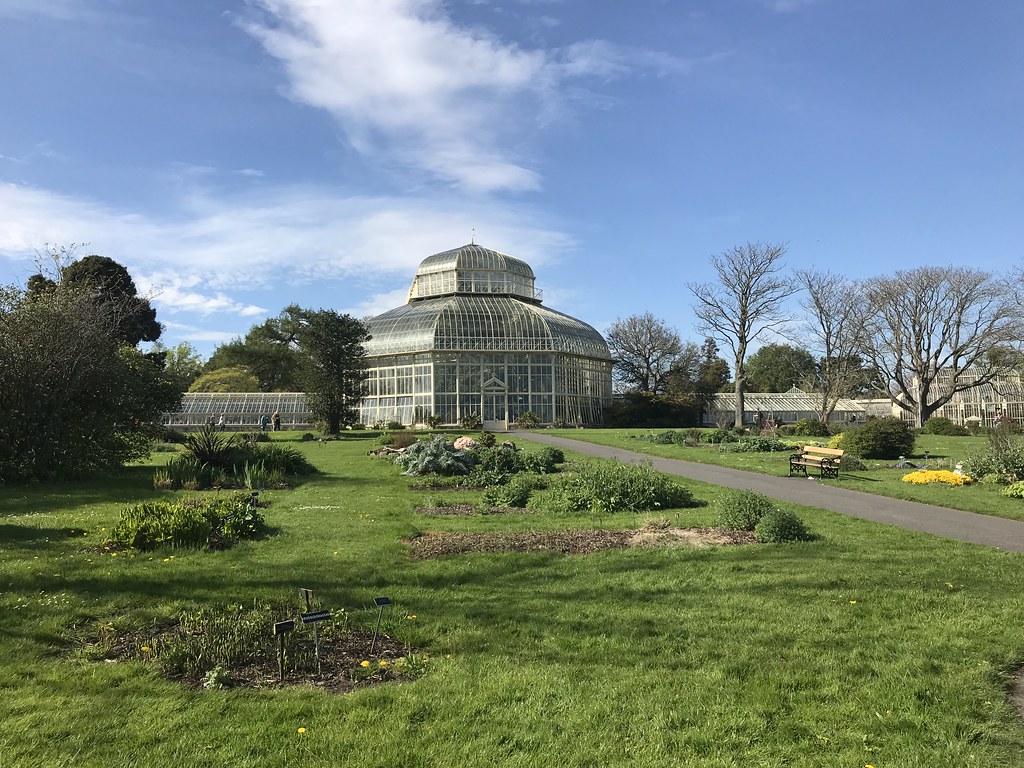 However, we had a soothing middle aged walk around the cemetery and the botanic gardens followed by a cup of tea so not too bad. They have tea rooms in the cemetery but I feel there is something a little disturbing about that so tea elsewhere. We had a pleasant evening in the garden where the boys managed to lose 4 tennis balls to various neighbouring gardens and one landed in the middle of the dinner table (to clarify, outside). I am a martyr to my sons’ entertainment.

The weekend before last, Mr. Waffle and I again went off together and visited Charleville House – we offered to bring the children with us but it was an offer that they were resolute in declining. It’s a big house in Co. Wicklow that is owned by a property developer and opened up to the public at various times of the year for tax break reasons. I wasn’t hoping for great things but it was actually very enjoyable. Firstly, we had the place to ourselves which is always good. We explored the grounds in a mild way. I have reached the age where I find grounds delightful. Four rooms in the house are open to visitors: the hall, the dining room, the music room and a drawing room. There is a really lovely collection of art and furniture. We had the ministrations of two guides entirely to ourselves and could ask questions and look at things for as long as we liked (honestly, the tax break must be terrific because there is no way that this enterprise is turning a profit based on the visitor to guide ratio). I particularly liked a John Lavery picture of the neighbouring Viscountess who was an interesting character in her own right. Highly recommended. I couldn’t face asking to take pictures indoors but here are some pictures of the grounds. Well worth a visit. 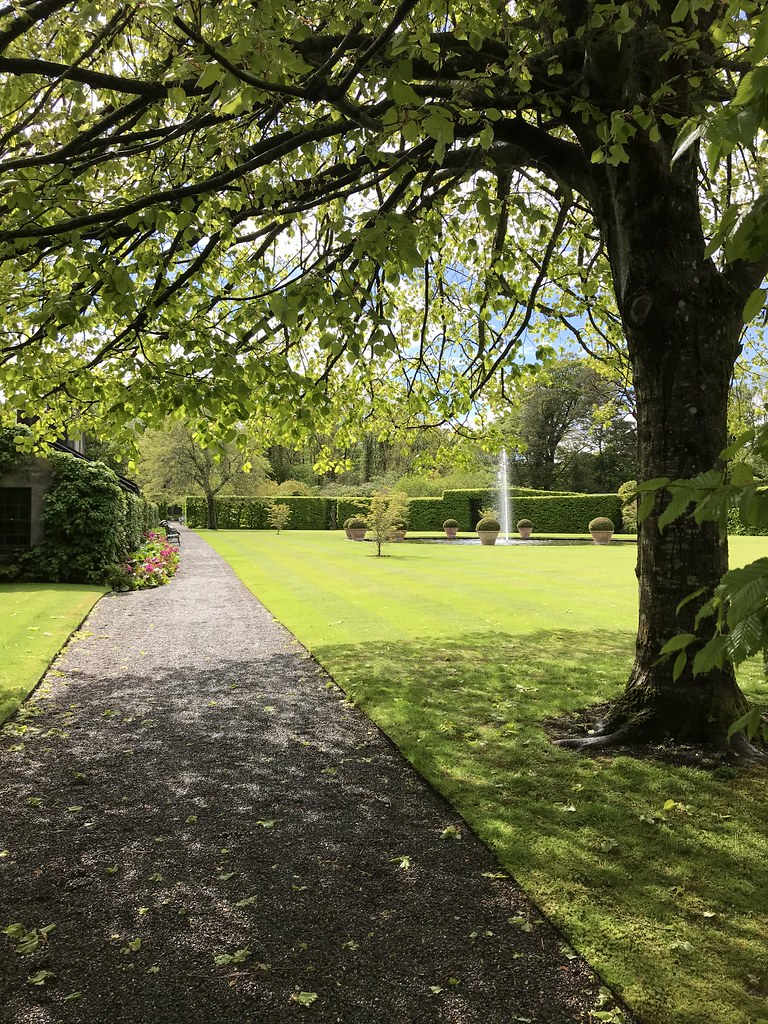 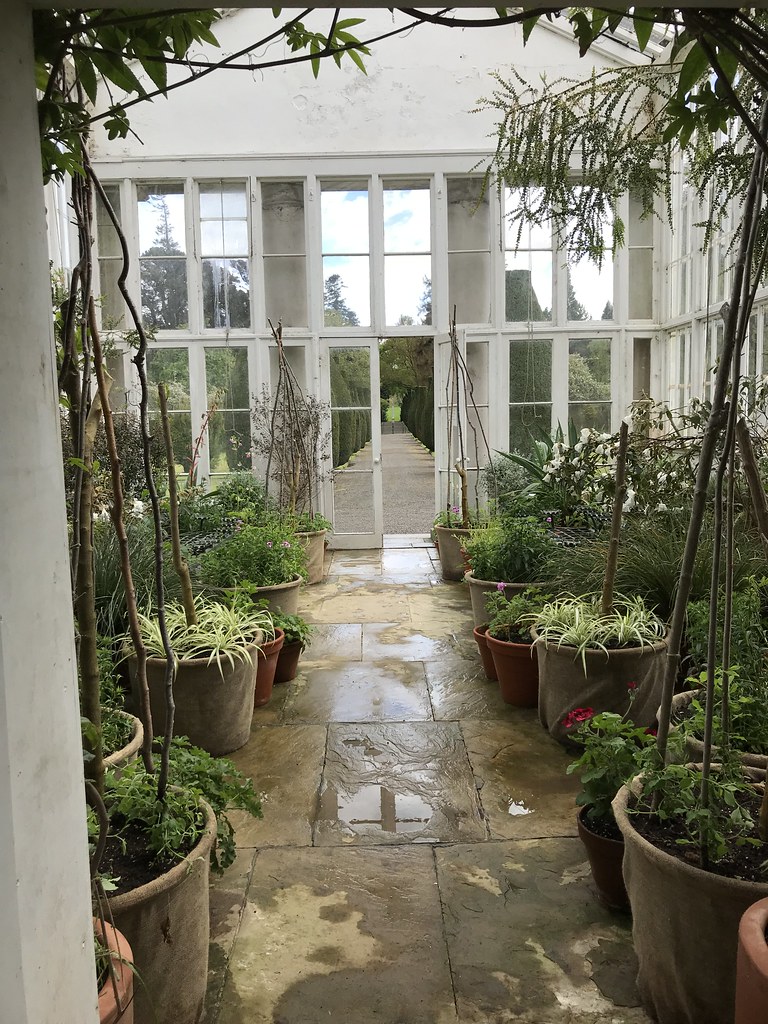 Also, I bought, second hand fire irons. I have been spending my evenings since floating in a cloud of brasso fumes. Idiotically, failed to notice on purchase that bargain basement price may have been due to the fact that there was no shovel. Alas. Photo of work in progress. 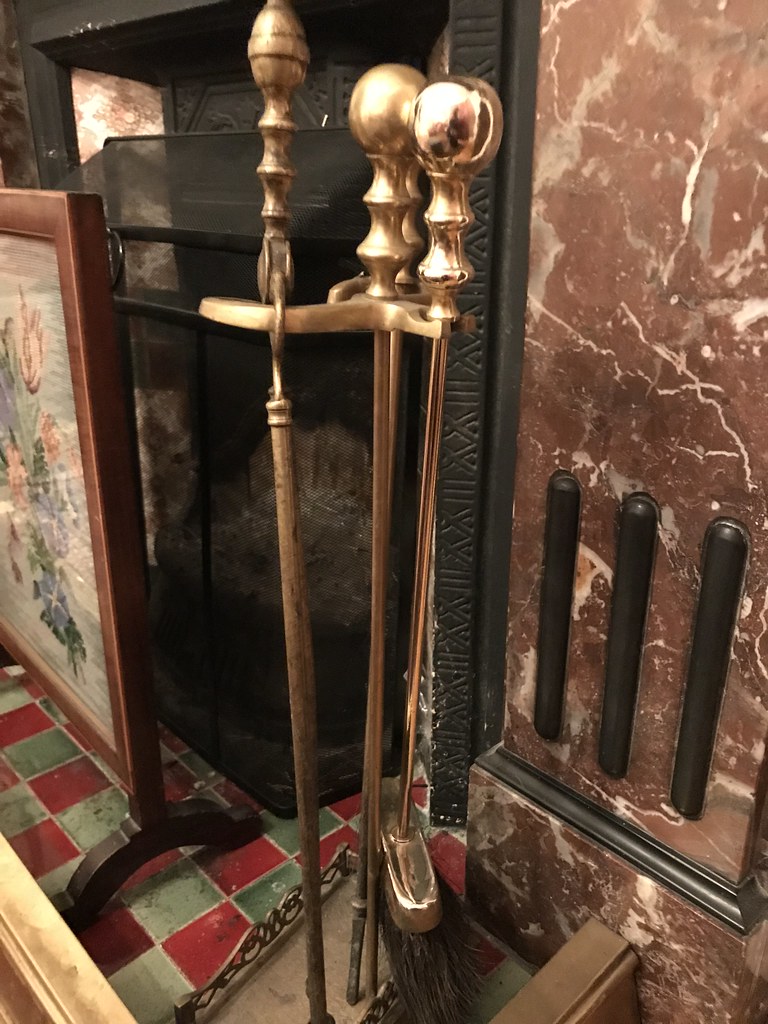 Also that weekend, I has my first spice bag. I think that this is a Dublin only delicacy. It’s chips and chicken strips in batter mixed with spices and chillies. I found it quite spicy myself but I was glad to have sampled the cultural phenomenon. Daniel made a spice bag in home economics on Monday so it is clearly part of the mainstream here. Are people outside Dublin aware of this particular thing or is it, like the deep fried Mars Bar, a delicacy only available in a particular jurisdiction? 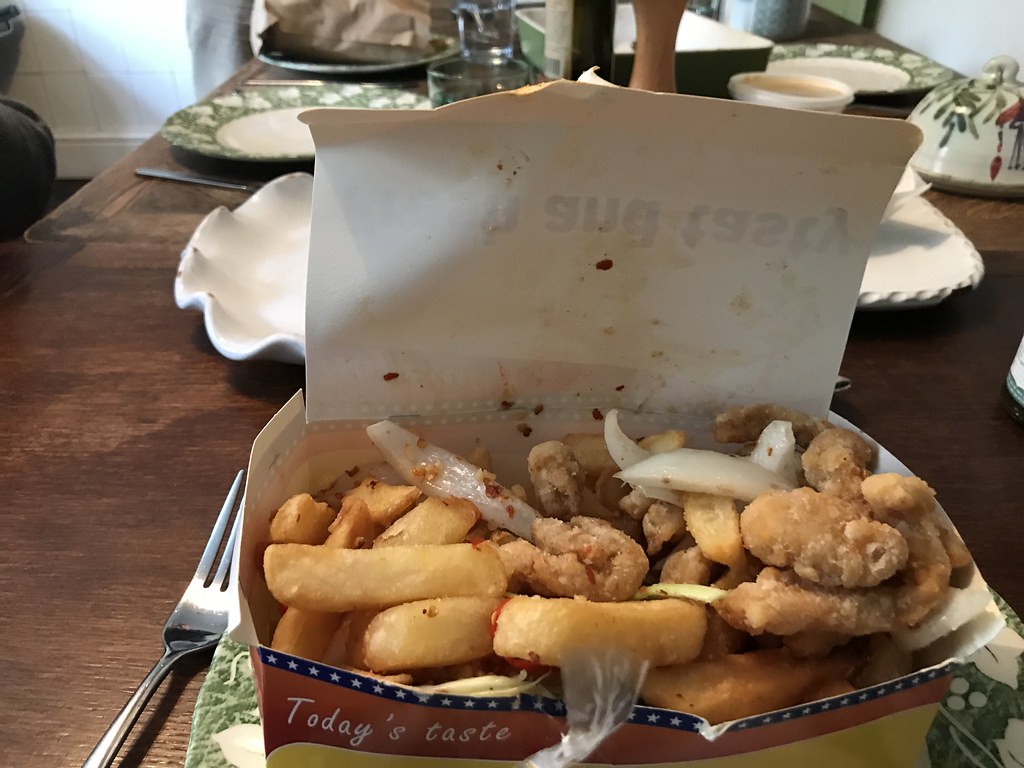 On Sunday I made the boys and Mr. Waffle go for a cycle along the sea front which was moderately successful. As an incentive measure, we had chips from Beshoff’s at the end of our cycle ride and before heading back. Take away chips on Friday and Sunday: truly exceptional parenting. 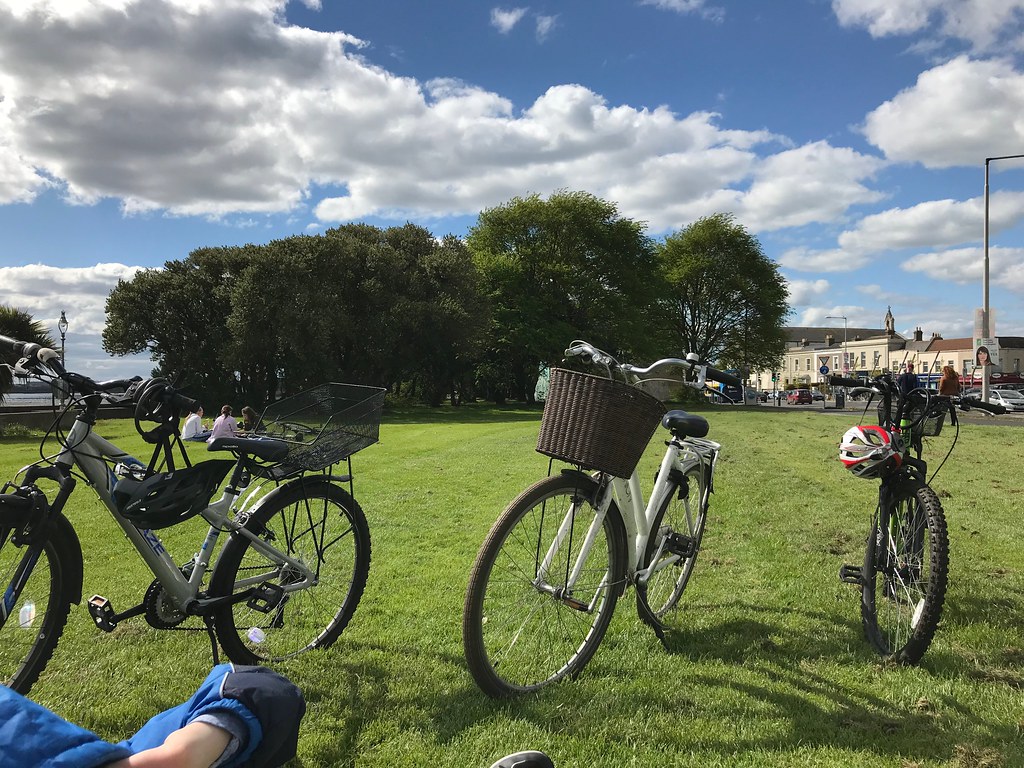 Last weekend I went to a work dinner in Kerry on Friday night, took the train to Cork on Saturday morning and came back to Dublin on Saturday night. I wouldn’t exactly recommend it. Although, I must say, the view from my hotel bedroom in Killarney was lovely. 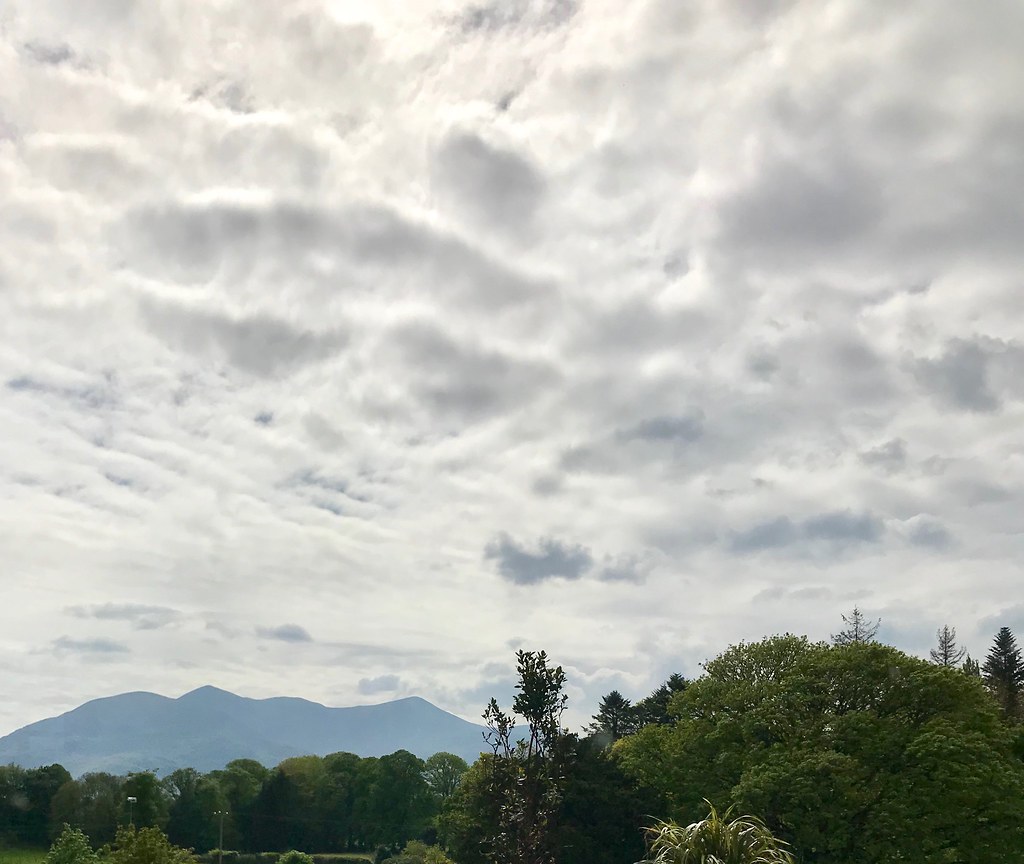 I did get to go for a lovely lunch with my sister in this convent in Cork which has been repurposed as the Nano* Nagle centre and the UCC school of architecture. 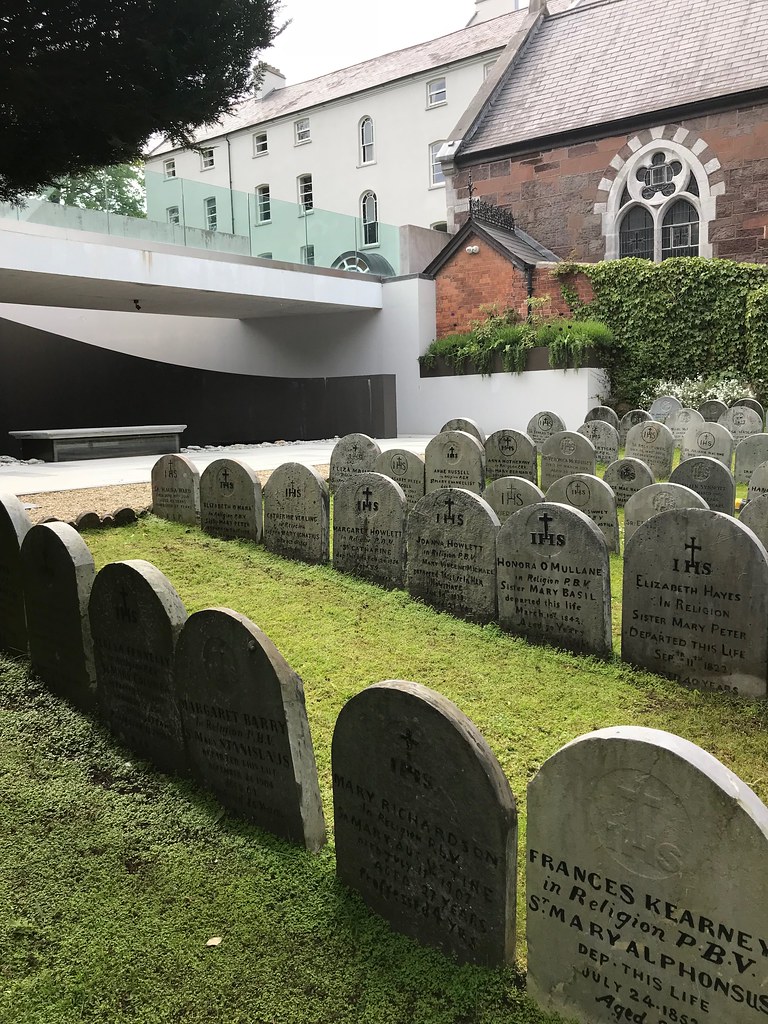 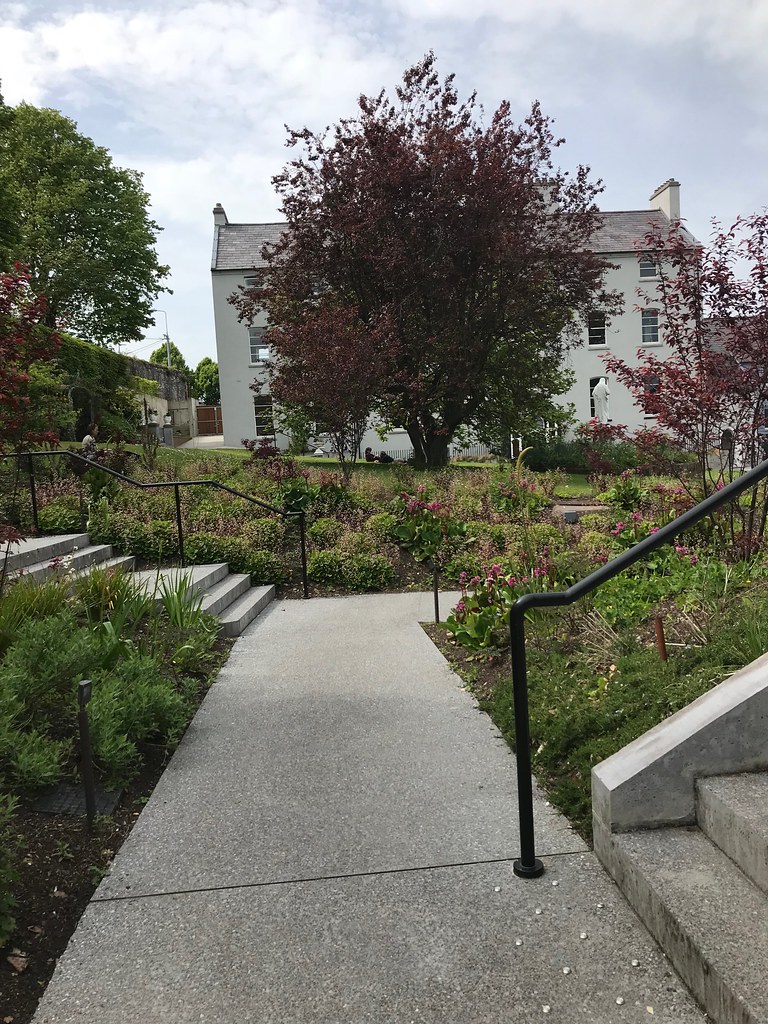 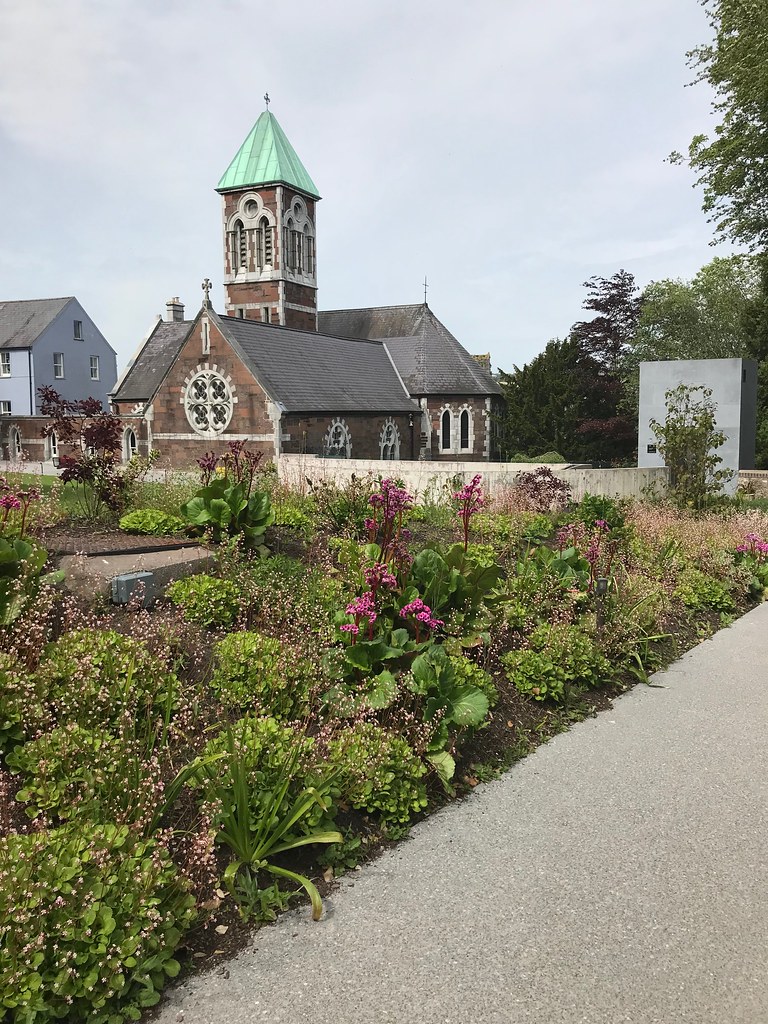 On Sunday, I forced everyone to walk from Bray to Greystones along the coast. Suffice it to say that it was not a success and all the children were quite cross with me, though no one was quite as cross as Michael who pointed out that it was yet another failed outing on my part and then asked when was I ever going to stop. A low point was finding out that the Dart wasn’t running and we were going to have to get a bus back from Greystones to where our car was parked in Bray. In my defence, I would say that the rain held off for much of the walk. 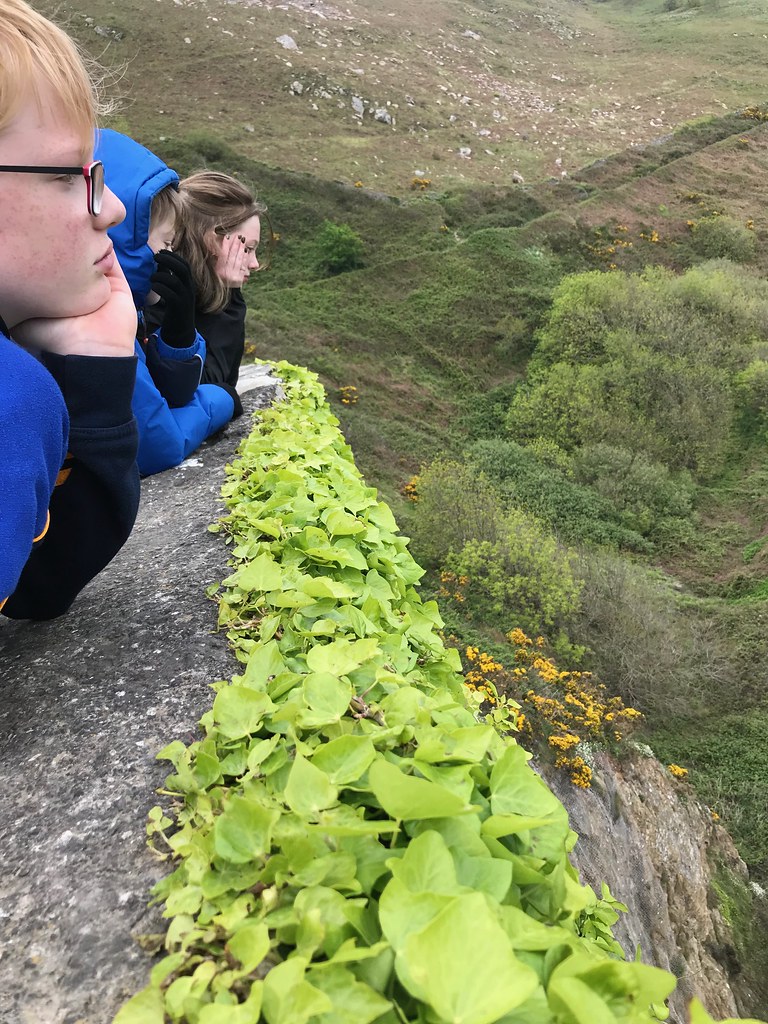 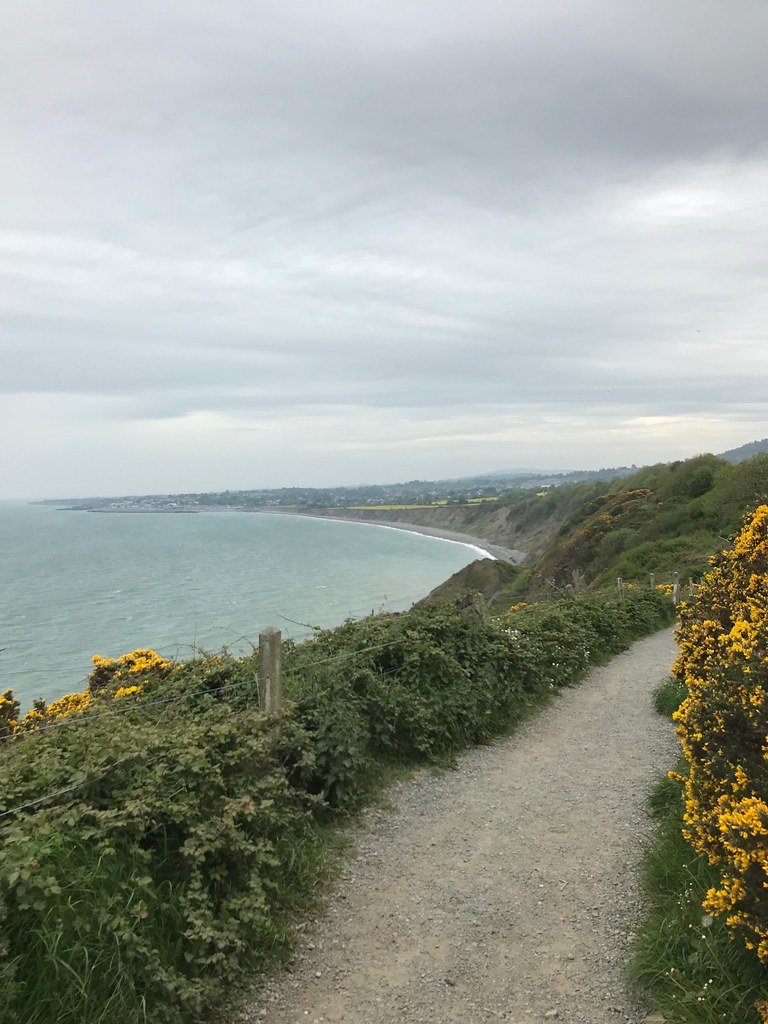 *Real name Hanora. My own granny was called Hanora but I can really see why it’s gone out of fashion and nickname versions were so popular. Granny was always known as Nina. If your name is Hanora, I’m sorry. Not as bad as Tanora (popular fizzy drink in Cork, not normally a girl’s name but I saw one year in the Holly Bough that a grief stricken Cork exile had gone for that for his daughter).