After the nation nearly getting heart failure at the prospect of a move to level 5 (maximum lockdown), the Government decided against following the public health advice. General feeling – relief.

Daniel had an earache and I finished off the Calpol on him. “Better buy some more,” I said to Mr. Waffle. “It may be time to move on now that our youngest is 15,” said he. Fair.

I got absolutely sodden on my cycle home from work. Daniel is volunteering in a charity shop on Wednesday afternoons as part of his Transition Year experience. It’s been a really good experience so far, I think. He’s met lots of people from different countries (Irish volunteers seem thin on the ground) and he’s learnt how to manage a till. A man came in to the shop and asked whether he could barter for new clothes and they had to turn him away as they have a cash only policy and Daniel was a bit upset. As well he might be but what can you do?

I have no recollection of anything that happened. Alas. 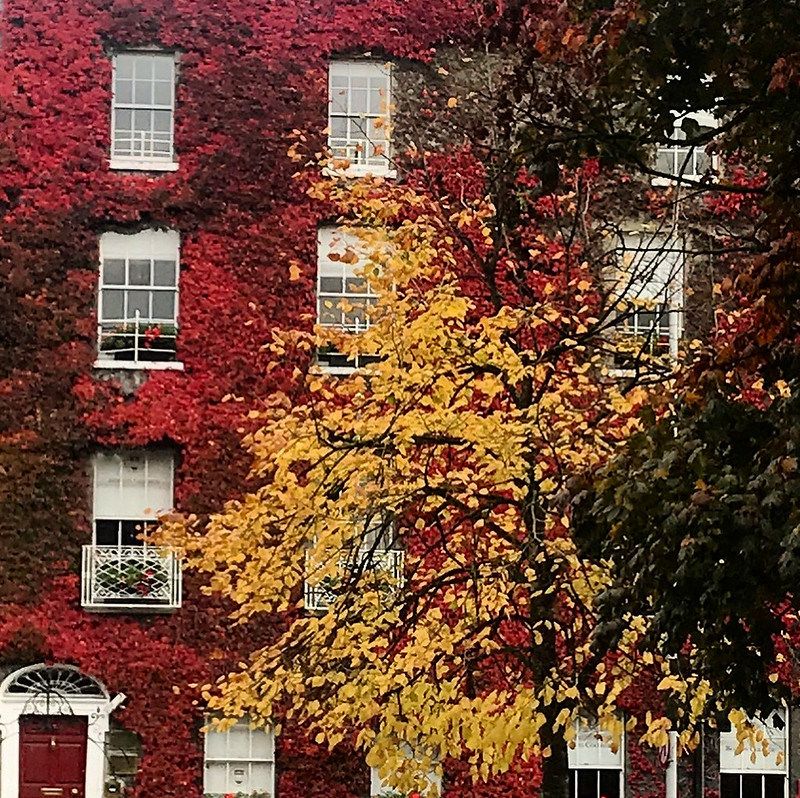 On Saturdays I like to go around the house chucking out any flowers which have died and going out to the garden to pick new ones. At this time of year it’s mostly berries but it’s still nice to have some greenery around the house. I went out to the garden with my secateurs in hand to tackle the bush at the end of the garden which is berry rich. What did I find, lying on top of the bush, very dead and with one wing in the air? A large decomposing pigeon that’s what. I went squealing to the house and everyone had a good laugh at me and Mr. Waffle disposed of the corpse in due course. I had noticed a lot of pigeon feathers on the path earlier in the week but I remain unsure as to how the corpse ended up on top of a bush. Disturbing.

For cinema night Mr. Waffle picked a French flick called “Bienvenue à Marly-Gomont” which was supposed to be feel good and funny but we weren’t so sure. The French are a bit less saccharine than their American counterparts.

Herself continues to have interesting anxiety dreams. She arrived downstairs to tell us, “Last night I dreamt I went to Iraq and forgot to tell you guys.” Her father said, “But then you rang your mother from Baghdad to tell her you wanted a lift?” She left in what Myles na gCopaleen calls “that lofty vehicle, high dudgeon.” 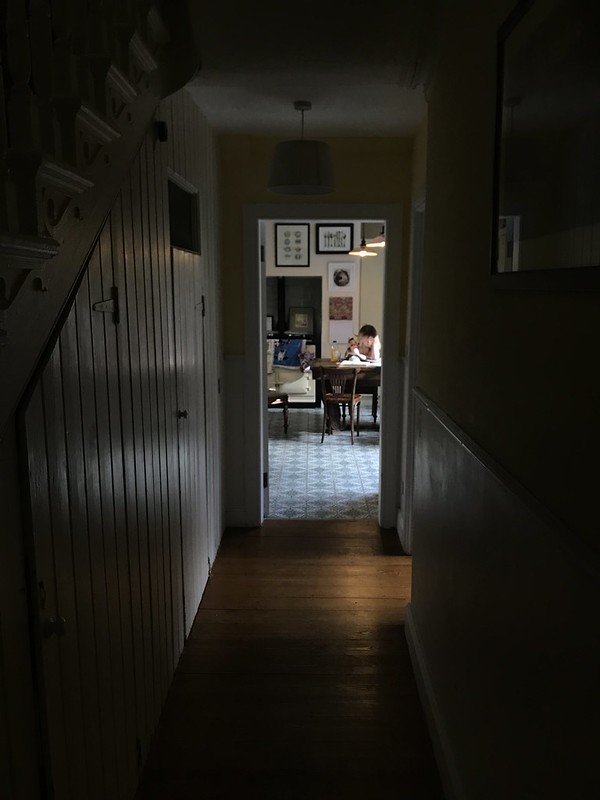 We went out to Dun Laoghaire for a walk on the pier and saw the cousins afterwards which was very pleasant. 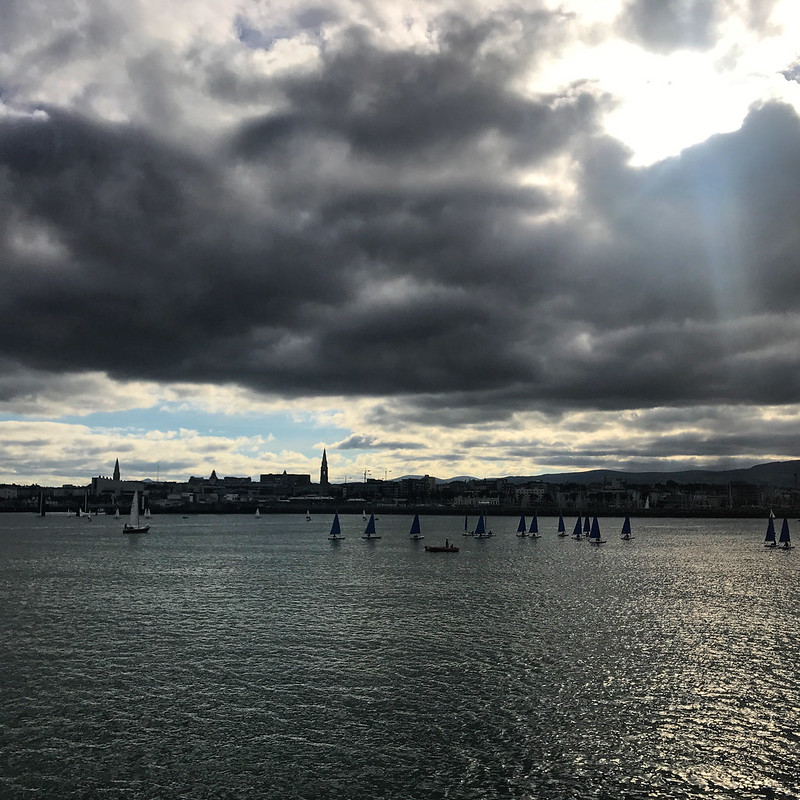 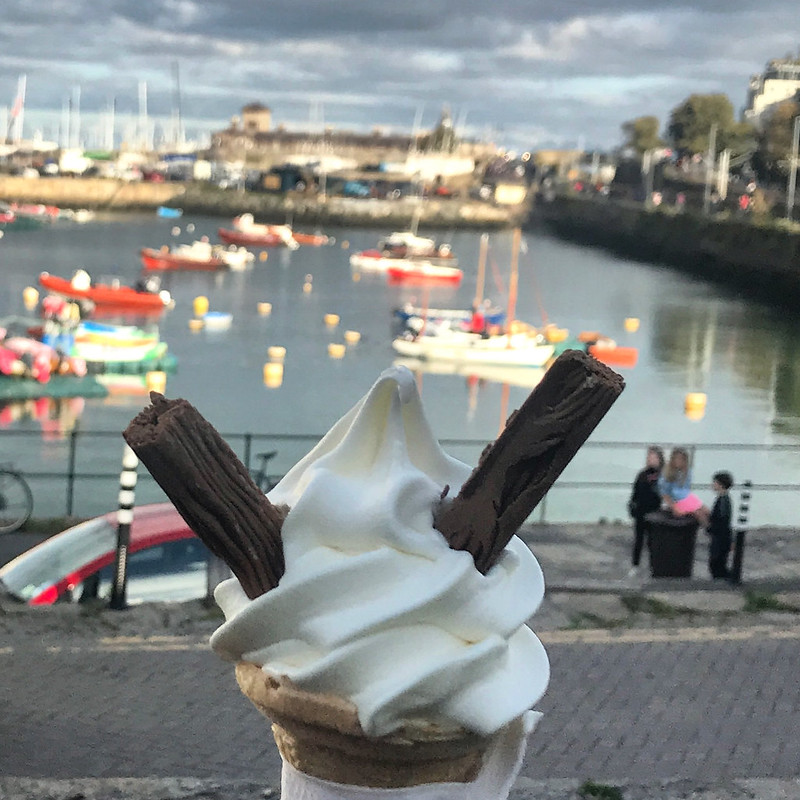 Michael and Daniel started their first week of work experience. They were supposed to be going into a friend’s office but, obviously, offices are not really a thing at the moment. Daniel’s charity shop agreed to have him in for the week and Mr. Waffle took Michael in with him. The latter arrangement succeeded beyond my wildest dreams. Michael quite liked working with his father and he carried out all the tasks assigned to him with an efficiency which startled both his parents. When I came home he proudly showed me a 35 page list of references which he had updated and amended. The only slight problem was that Mr. Waffle had expected the task to last all week.

We got an unsurprising but nonetheless disappointing email from Daniel’s Thursday course organisers that the course would be online for the remainder of the term. It’s really not the same.

Herself, in her role as grand vizier and major figure on campus, has featured in quite a good school video and we are very proud. She is concerned that she has made some terrible error in relation to the tuiseal ginideach and cannot enjoy her triumph.

I made everyone sit down to watch “Brave New World” which I thought the boys and I, at least, would enjoy and then the woman intoned from the box: This contains scenes of a sexual nature, violence and strong language right from the beginning. Why, I mean why?

In view of his Thursday course going entirely online, Daniel had organised online fun with his classmates for them to get to know each other. One girl took one look at him and asked whether he was related to the Princess. Apparently they had known each other in some Youth Parliament. Daniel was a bit surprised by this development but was unconcerned. Sometimes I think she knows every child in Dublin through her constant committeeing.

I was rather pleased to be applied to by herself for my management expertise in dealing with her student committee in school. I gave my advice unstintingly (it is always so much easier to give advice than to apply it, isn’t it?). I was pleased to note that it worked too.

One of my colleagues announced at the start of an otherwise entirely unlovely meeting that he and his girlfriend are having their first baby in February. I met a friend for lunch outside. Small thrills.

A lovely colleague got promoted. It is so nice to see competent, pleasant people getting ahead. I rejoice. I had a very busy working afternoon so got take away for dinner for everyone. I feel a bit bad but as my mother used to say, “I can’t find grief for everything”.

Her little cousin in London recorded a message for the Princess and it was really sweet and touching but it made me feel so sad as well. London is so far away now, when will we ever see them again? It’s a full year now and that is a very long time in the life of a little girl.

I had to work in the morning so I decided that I would set the alarm clock before going to bed. It was a new alarm clock and it was not intuitive to use. It made a loud beeping noise every time I pushed its buttons. I was on the landing with the light on and Mr. Waffle marched out of our bedroom to demand what I was doing. Daniel turned up at his bedroom door and glared at me. Eventually I went downstairs with the leaflet which my loving husband threw at me.

Maybe we’ll be going to level 5. I’m past caring.

The morning brought a further discussion of my nocturnal alarm clock setting. I have never seen the other four members of the family quite so unanimous about anything. I think of myself as bringing the family together.

Sadly, I was working all day and I saw as I battled through work debris that several of my colleagues were also online. What can I say, it’s a busy time.

Daniel went in to volunteer at his charity shop for the afternoon and met the weekend security guard for the first time. He’s an Indian guy who played junior cricket for India but now is in Ireland studying data analytics during the week and working at weekends. Apparently he has no time for cricket which seems a pity but I suppose it isn’t really cricket season.

I realise that I am really not looking forward to the people who will describe, in due course, all the wonderful things they achieved in lockdown. Bruce Springsteen was first up in today’s paper talking about his new album and his daily swims. Blah.

We had “Blackkklansman” for cinema night. A bit unnerving.

I dutifully worked all morning and then went out for a cycle with the boys and Mr. Waffle in the afternoon leaving herself to labour over her homework. It was a lovely day and the park looked absolutely beautiful, so that was nice. 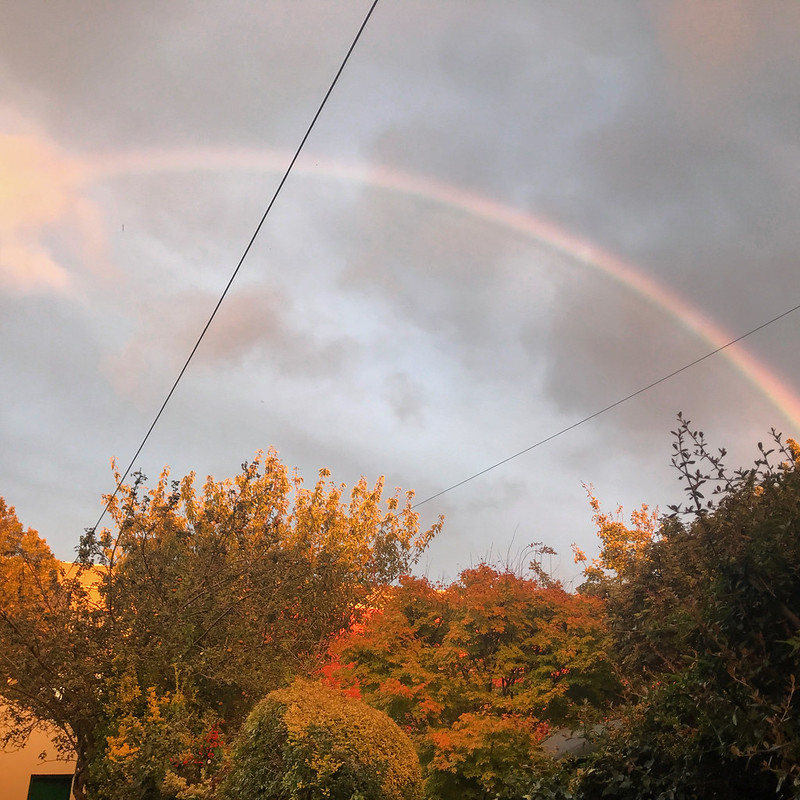 Over a cup of tea, Mr. Waffle asked whether I had seen his letter in the paper the previous day. It was then that I discovered, to my great chagrin, that, not having read Friday’s paper on Friday I had read it on Saturday thinking it was Saturday’s. Am I losing my mind?

I did a further hour’s work and called it a day. Ho hum. Hope your weekend was cheerier than mine.