Saint Nicolas is such a trooper. It’s now 13 years since we lived in Belgium but he left sweets in the boys’ shoes for the morning of December 6. 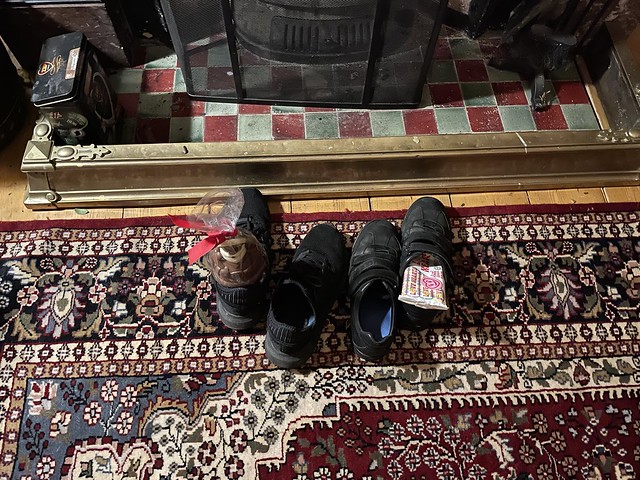 They were off school so I asked them to record the event when they got up as Mr. Waffle and I would be gone to work. Delighted with the quality content, frankly. That sounds sarcastic but is absolutely true. Tone can be difficult to convey.

Meanwhile their sister sent us footage of herself and her friends swimming in Kent. I think we can take it that she is fully recovered from her Covid dose.

On Tuesday and Wednesday, the schools in Dublin were closed for Storm Barra. The boys were delighted by this unexpected turn of events.

Storm Barra brought some wind and lots of rain. Our drains blocked and a neighbour came and unblocked them. Now in the mornings on my way out to work, I go and hover by the downpipe rejoicing in the efficient draining action beneath. Funny the twists and turns life takes.

Somebody (the culprit has not owned up) broke the slow close toilet seat again. This is the second time this has happened since August so now we have a plastic replacement. Less beautiful but more durable.

I had lunch with my boss from 25 years ago who is retiring from her, now lofty, role. I think she would prefer not to be going and I really felt for her but, you know, the idea of not going back to work after Christmas definitely has superficial appeal. I also met my oldest friend for a pre-Christmas lunch and we had a great chat. She was abroad for a long time and it is quite lovely that she is home now; a Skype call is not as good as an in person lunch, it just isn’t.

Mr. Waffle and I went to a local cafe for breakfast on Saturday. Last week when we were there, for no reason that we could initially determine, our waiter started speaking to us in French. We gamely responded but we were a bit baffled. It turned out that he had spotted Mr. Waffle had the Canard and, reasonably enough, felt that if he could manage that, Mr. Waffle would be able to do his ordering in French. A part of me was slightly relieved to get a different waiter, I’m not sure I’m up to French at breakfast time every Saturday.

We went out for a walk on the pier this afternoon and I can’t believe how much better my heel has got since the summer when even short walks were a bit painful. Rejoice. 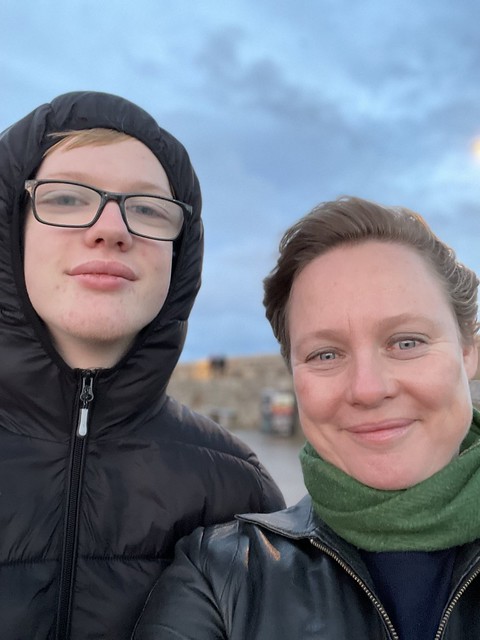 Mr. Waffle bought me the Holly Bough. We got the RTE guide Christmas special. Our Christmas entertainment is now taken care of. 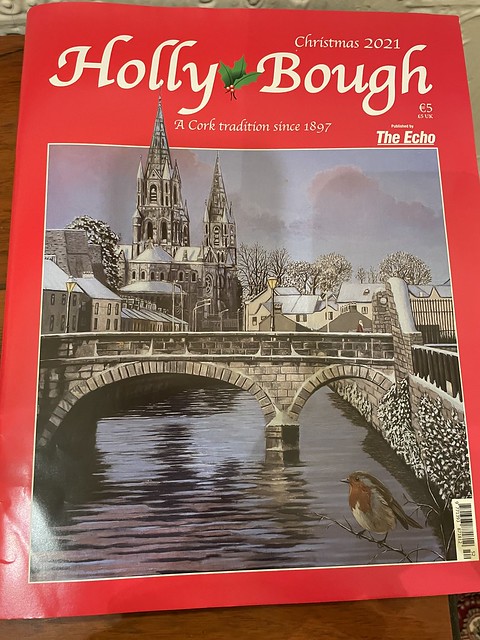 We put up the Christmas tree and decorated the house over the weekend. 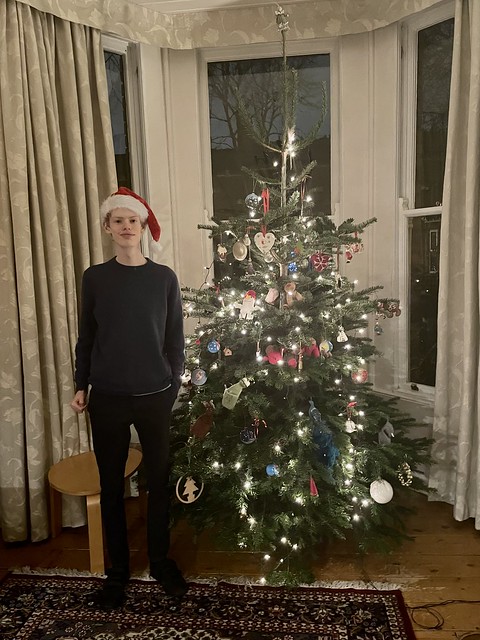 I have bought many presents and written many Christmas cards but not all in either case but I have decided it’s a pretty good start. This evening we had the street lighting up party. We all put on our outside lights (and to think I used to disapprove of outside lights, how the mighty have fallen) and had mulled wine and homemade mince pies with the neighbours outside. How are your own Christmas preparations going? 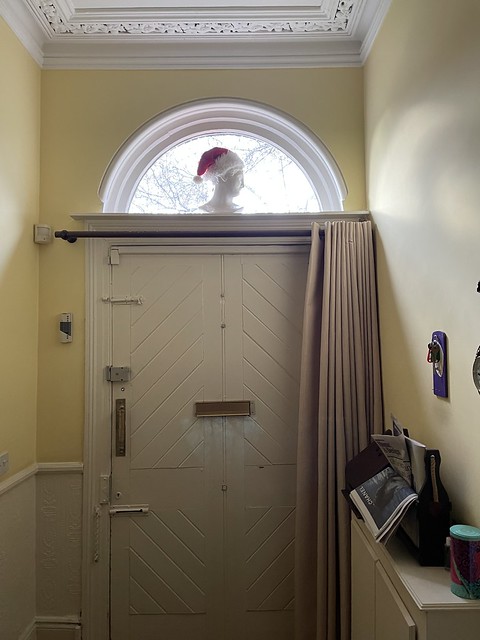