So Daniel was a bit under the weather yesterday. We tested him – negative. For this relief much thanks. Michael and I took the Italian for a walk up to Eagle’s Crag.

We had lunch in Wicklow. That evening we went out to dinner and the theatre – Translations in the Abbey, not a great production I thought and a bit hard for the Italian but, you know, fine. Daniel felt a bit miserable so didn’t come.

This morning Daniel announced that he felt pretty sick and a bit dizzy. He took another Covid test. I honestly despair. Of course it was positive. He and the Italian have been sleeping in the same bedroom. We can only pray at this point. We’ve moved poor Dan into a camp bed in the study. On mature reflection maybe we should have moved the Italian but we’re committed now.

Meanwhile herself has received a communication from a close friend that he has Covid. I despair further. She tested negative this morning but has a bit of a sore throat so really who knows what tomorrow will bring? If we could just get the Italian – currently symptom free! – on a plane home, that would be great. His mother is looking at options. I mean if he has to stay here for 10 days in quarantine his English will be amazing but I’d say he’d rather be in Ischia on holidays with his friends.

And our French exchange is due to arrive on Monday. Pray for me.

Daniel: The cat caught a mouse in the kitchen.

Me: What did you do?

Him: Moved to the opposite side of the table so that I could eat my cereal in peace.

I understand that if you have mice, you do not have rats. If this is untrue, please do not disabuse me of this belief.

Apparently this is what Mr. Waffle has taken to calling the bedroom where I live and have my being. Today’s test had the faintest line that took ages to come up. 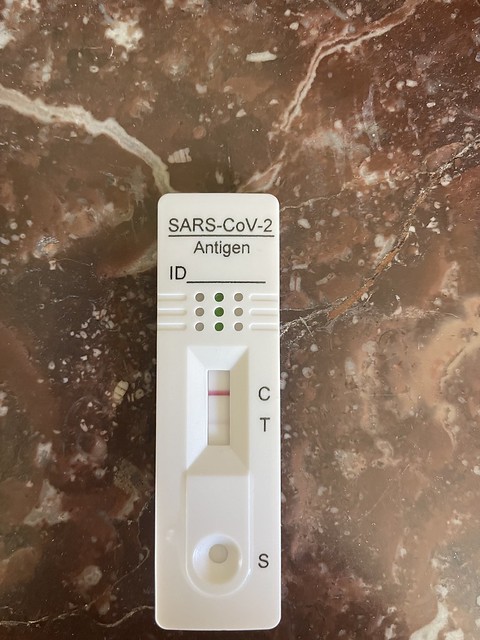 My sister points out that the test is a yes/no test and the faintness of the line is irrelevant. She cites as her authority her final year thesis. The internet, sadly, confirms. I mean, I’m not saying that her first class honours (as she reminded me) thesis was wrong but things might have developed. Things have not developed. This is taking forever.

Said sister was in Dublin today and brought me up a box of stuff that I had saved from my old bedroom in Cork. A large plastic box of stuff. What was I thinking? We had tea in the garden which was nice. But I want to break free as the song goes. 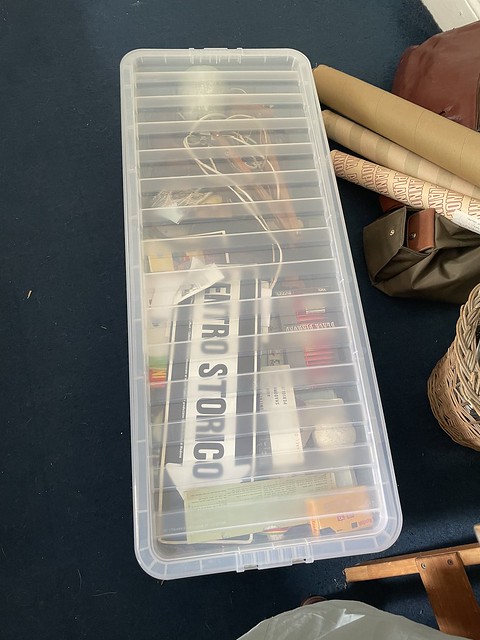 Mr. Waffle, Daniel and the Italian visitor are off watching Dublin play Cork in Croke Park. Let us hope that I will have a negative test tomorrow.

The Italian exchange has arrived. Mr. Waffle and Dan took him into town this morning and showed him the sights. They seem to have been very thorough in Rome and I think there is hardly a significant sight that Dan hasn’t seen. I felt we were on our mettle and, let’s be fair, even on a good day, Dublin is not really going to rival Rome. But it seems to have passed off peacefully and the visitor expressed suitable interest in our local sights. The visitor seems to be a nice polite young man. At about 9.30 last night he asked, “Where’s the sunset?” so the lads were able to fill him in our long summer nights. Already he has learnt something from this cultural exchange.

They’re off in the Dublin mountains zip lining this afternoon. I had firm instructions to conceal from the visitor that I speak Italian but, for obvious, reasons, it hasn’t really arisen so far. He speaks pretty good English. The Italian school system has a strong literature focus which is why Italians are familiar with Shakespeare and Blake (yes, really) but weak on finding their way to the train station. This is not a problem for our visitor, in fairness.

I did not tell you that my last week at work was slightly blighted by bicycle chain problems (now resolved you will be pleased to hear). One night, as I was leaving about 8 the man in the portacabin at the gate insisted on helping. I begged him not to but he insisted. After about 10 annoying minutes he said, “The problem is, that’s broken you’ll have to take it to a bike shop.” I thanked him as civilly as I could, wheeled the bike around the corner, turned it upside down and after some poking to deal with the damage the man in the portacabin had wrought, fixed it. A group of Italians nearby burst into applause. They were from Naples and very pleased though not surprised to find an Italian speaker available to them. They had a number of queries about the joys of Howth. And also the pronunciation of Howth. If only it had featured in the English literary canon they would be alright.

So I’m still confined to my bedroom. My sister sent me a cheering hamper of food. 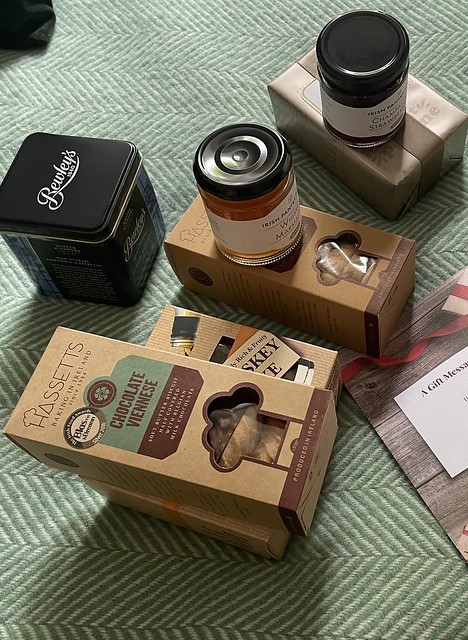 Today’s test is definitely a less strong line than earlier in the week so maybe, maybe tomorrow I will be released back into the wild. Let us remain optimistic. 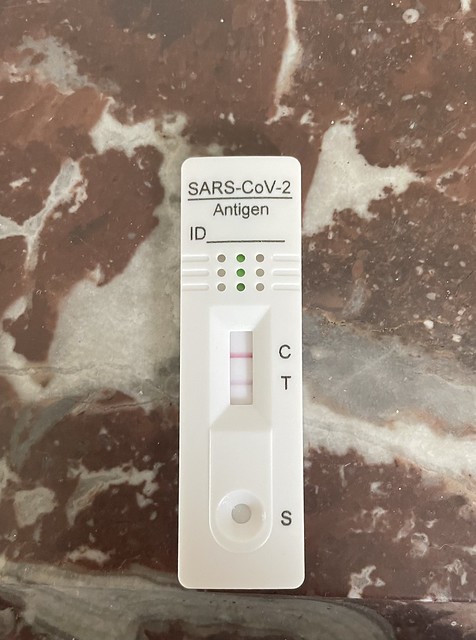 I have porridge for breakfast. In my current predicament, I was too sick to eat anything until Sunday and then my kind husband made me porridge for breakfast. It was like cement. I asked him to put in more milk the next day (beggars can be choosers it turns out). Too milky, dammit. On the third day Michael took over. He was rather grumpy about the detail of my instructions. The porridge exploded in the microwave and he had to clean it up. He was even grumpier about that . He poured the remaining porridge into a bowl for me. He added chopped strawberries (“I know how to chop a strawberry!”) and left the leaves on (he does not know how to chop a strawberry). All that said, it was pretty good. This morning Daniel took up the baton. Daniel is an adventurous cook and always interested in new things. I was hopeful. This morning outside my door there was freshly squeezed orange juice in a jug (tick), a ramekin of maple syrup (tick, tick) and a beautifully presented bowl of porridge with raspberries on top (tick, tick, tick). However, was the porridge a bit on the hard side for your correspondent? It was.

Michael commented on hearing of the latest developments, “Only one can give you what you seek but the price is too high”.

Am I finding self-isolation a trial? I am.

As I write Mr. Waffle is picking up the Italian exchange student from the airport – Daniel revealed last night that Italian exchange’s grandfather, i.e. Mr. Waffle’s friend’s father was a very big cheese in the Italian legal world, perusal of Wikipedia confirms that this is true. In 30 years of Mr. Waffle’s friendship with this woman, this was never mentioned – this would not be true if she were from Cork.

Mr. Waffle and the boys tidied up the house in anticipation of the Italian’s arrival and made up a bed for him. Sadly the only duvet cover they could find was the one with the pink bunnies – a relic of an earlier time. Oh well. Lads, if the Italian exchange gets Covid, we’re all doomed.

Is it good news you ask?

No, today’s test remains stubbornly positive, if anything, more positive than on Friday. The Italian exchange student arrives tomorrow. Mr. Waffle was on to a colleague this morning who expects to be self-isolating for 10 days.

This too will pass. 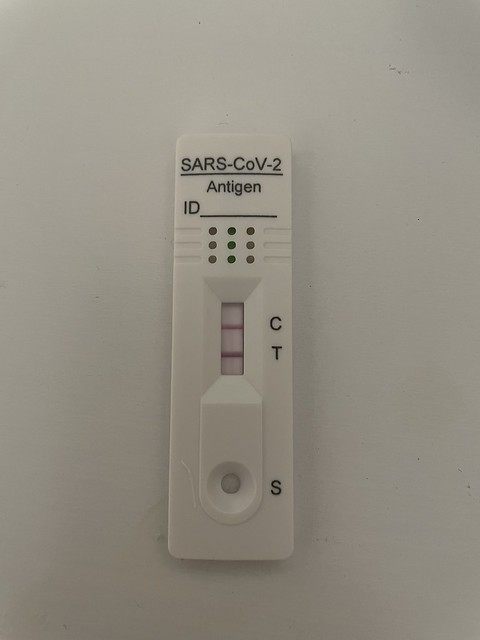