We are going to the North Sea for a fortnight. During this time there will be no blog updates, unless it is very wet indeed.

In my absence, I leave you with the knowledge that the Princess took in her first film this afternoon (following on the excitement of her first bed on Wednesday) and I spent the morning being used as a pincushion in the lab. I would like ooohs for the former and aahs for the latter.

While I’m away, you may wish to contemplate this picture of her highness demonstrating her didactic streak. 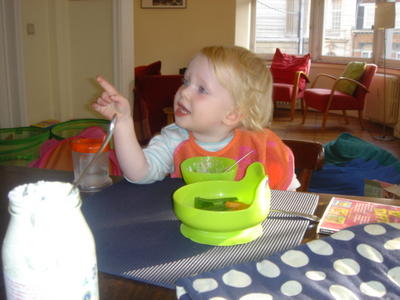 Wow! Ouch! Have a great time

Why is her food in her potty?
(keep it tasteful now)

WE ARE AMONG YOU!

“I swear, woman. If you don’t refill this sippy cup soon, I’ll show you a pincushion.”

Not been blogging much Waffly but your posts do keep me entertaned even if I don’t comment. Have a fab holiday.

Oh! I have that bowl! It’s a frog. And it’s from IKEA! Sweetnessss….

Loc, an offering entitled Madagascar… I’m a disappointment to you, I know it.
Minks, Negrito, Pog, ta.
BHM, be good.
SJ, how could you guess exactly what she was saying? You’re a genius.
Thanks Bobble.
IKEA rules the world Kristina. But we knew that..

Something familiar about that pointy finger 🙂 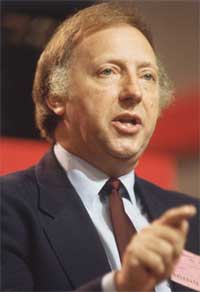 Well, yes. You are. I forgive you though. Generous soul that I am.

Well, Loc, we will strive to do better.