When Mr.
Waffle was 7, his parents moved to Venezuela for six months.  I was looking at the pictures from Venezuela with him and his mother one day and
there was one of him in a rather twee t-shirt featuring a little boy and girl
fishing together.  آ“Oh yesآ” he said
bitterly آ“my آ‘gone wishingآ’ t-shirtآ”. On closer inspection, the words آ“gone wishingآ”
did indeed feature in faded letters over the picture on the t-shirt.  It appeared that because they were only in Venezuela for 6 months, his mother had not
considered it necessary to get all the kit required by the school and instead
of the regulation gym t-shirt, she had issued Mr. Waffle with the آ“gone
wishingآ” number.  This had obviously
scarred his sensitive soul.

Me:  It says on her school list that we
have to get her a آ“tablierآ”, what the hell is that?

Me:  But it gives the name of the shop where we
can buy themآ…

Him:  But thereآ’s no need, one of my old shirts
will be fine.

Me: But she
wonآ’t have a smock like the other children. 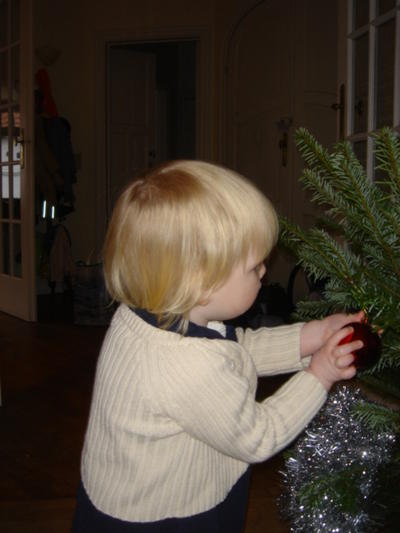 unexpected activity in his office.   Thanks to the delightful Nicholas for the link.

Ha – Friar Tuck’s comments are worthy of a blog in their own right.

I know Heather and I encourage him to do so. But he is strangely reluctant. And he has lots of funny stories from his job. Which would make a great blog..

After reading your blogs, I’m afraid my would not measure up. I feel so inadequate. And they don’t make Viagra for the ego, yet.

They do Friar Tuck – but we call them sweeties on 20six….

Ah go on FT, you know you want to, think of the ego candy.

An unwelcome development
The Princess has added blackmail to her accomplishments.آ  This week’s favourite phrase is “put down Michael/Daniel or I’ll be bold”.آ  Non-Irish readers please note that she is not threatening us with bravery; Irish people say bold while the rest of the English speaking world opts for naughty.

I’m sure it is just a phase. A fifteen-year phase, but a phase nonetheless…. ï؟½ï؟½ï؟½

That’s a very bright little girl. I wonder where she gets it from? ï؟½ï؟½ï؟½

Has nothing to do with the rest.
I was watching cartoons very early this morning with son nr. 2 and saw that one was produced by a company called Belgian Waffles.
Watch out for copyrights! ï؟½ï؟½ï؟½

Good Lord – what sort of wonderful parenting techniques are you using?? Such a talent will serve her marvellously in future life…
(ps – is ‘bold’ only an Irish thing?)

I’m going to make this blog off-limits to our daughter – I fear the Princess will become her role model.

Kristin, feel free..
FT, have a heart.
LJ, blackmailing skills? From her father..
Peggy, I was here first. Sorry about your adsl by the way…that’s what happens if you refuse to bow to the will of Mr. Gates.
Loc, yes and yes. Are you back?
KE, ta for sweetie, trust all is well with the katelet.
Minks, yeah, if she’s not throttled by one of the boys when they gain control of their limbs.

You see how useful this blog is? Now you are armed with local lingo for your next trip to Ireland.

We picked
up the boys’ passports yesterday.  Apparently we are the proud parents of
Michael and Danile.  How hard is it to spell Daniel?  Pshaw.

Public servants are always right. Apparently, YOU have been misspelling his name all along.

*giggling at tuck’s comment*
ps thanks mrs waffle for stopping by my blog. ًںک‰

And I always thought it was a river….
Should’a gone with Cha and Mia ًں™‚
And thanks for the IslayGirl relay — I’m genuinely surprised and a bit flattered.
Back Early 2006 — all going well; cross my digital heart…

Is that going to embarassingly clash with the spelling in any other documents, do you think? Identity card? Could be irritating…..

Mike, probably.
JD, yay, so pleased that you’ll be back! And a sweetie. Ta.
Kristin, regularly do so. Note to self, must update favourites list.
FT, humph.
Minks, haven’t slept since!

Yes, and I like the grubby cardboard box as well.

where theres muck theres brass- or something…

Comment Modified) In this case, where there’s irradiated muck..

I guess that explains the boys’ healthy glow!