It’s been stormy. Our recycling bin blew over and the contents got wet. “Did you put them in the black bin?” I asked Mr. Waffle. “That would have been a terrible waste,” said he. Then he added, defiantly, “I dried them out by spreading them over the Aga.” I was not pleased. Was it for this that I spent my children’s inheritance?

The weather has been quite awful all month. Michael and Daniel spent much of their mid-term break holed up in the house (herself has an elaborate series of ongoing social engagements which mean she touches down in our sphere but rarely) so today Mr. Waffle and I forced them out for a walk on the pier in Dun Laoghaire after visiting his mother. They were very good despite the fact that it hailed on us. Good God in heaven. 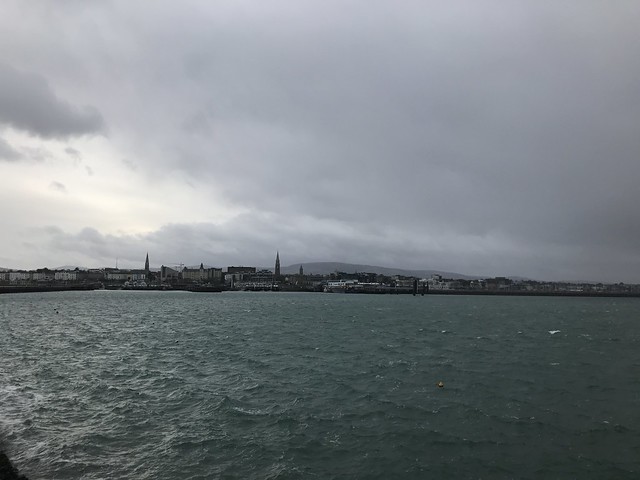 I suppose snow is next.