We had intended to stop for lunch at an appealing cafe but sadly it was closed down indefinitely. We limped around the back roads hunting for an alternative. We passed by Clonmacnoise , like literally passed the front gate of Ireland’s most famous monastic settlement which it transpired none of my children had ever heard of but, happily for them, it was closed. Offaly was in local lockdown and this included the local heritage sites.

We pushed on past plague country and into Westmeath which was open. I thought Moate might be nice. I don’t want to be unfair to Moate and nowhere is at its best in driving rain but I thought it was a grim enough spot. Almost all the cafes were closed Mondays but we eventually got lunch in a vile little deli and sat outside on the side of the road in the rain eating it. Unlovely.

We were home a little over an hour later. There was endless souvenir unpacking – my tea towel needs are met for a life time. You may admire a sample staged for your delectation along with the made in China ewer. 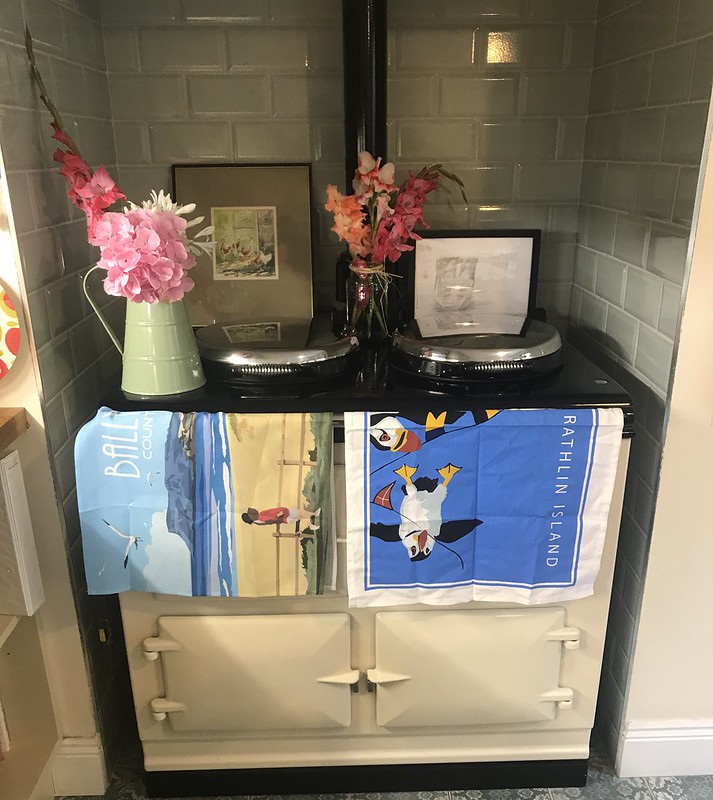 The cat was quite peeved with us but relented eventually. The marmalade we had bought as part of a present package for the neighbours to thank them for minding the cat leaked with predictably disastrous results.

I had another couple of days off and I decided to go down to Cork and visit my father the following day.