I had a headache all day, possibly due to the stifling heat and impending thunderstorms. All I was able for was to languidly turn the pages of the paper. There was an article by Jan Carson saying that she would be speaking at the John Hewitt summer school in Armagh. I think she is an absolutely brilliant author. I said to Michael, “Will we go?” We decided we would. I have a friend who has a second house up there (long story) and she kindly said we could stay for a couple of nights. We booked ourselves in to the Jan Carson event and a talk by Andy Pollak on whether the South is ready for reunification.

I went to bed early and woke up in the middle of the night, head still pounding, freezing, as temperatures had finally dropped and Mr. Waffle felt he needed all of the duvet, aurally assaulted as the seagulls who have taken up residence on our roof squawked dementedly (clearly trying to open a portal to some kind of seagull hell), and temporarily confused and unnerved by the recharging electric toothbrush in the corner flashing its green light on a regular basis. Look, at least the weather broke.

I awoke feeling the picture of health and chirpiness notwithstanding my disturbed night. I had lunch with a work friend in town and he complained bitterly about various work disasters and I truly sympathised and tried very hard not to appear smug.

I went in to Cos where there was a grumpy French shop assistant. “Vous êtes français?” I asked him. He was. Although not allowing himself to actually compliment my French (against the French honour code) he did ask me whether I was French too. I explained that I had lived for a long time in Belgium. He slightly unbent and told me that he had been to Eyeries in West Cork on his holidays. As a friend of mine used to say, “I’d say it’s the middle of nowhere but it’s not that central.” Anyhow, the shop assistant enjoyed himself and visibly thawed before my eyes as we chatted (there was no one else in the queue, you should know). As I finished up he said to me, “Vous n’avez pas perdu l’accent Belge!” Which, to be clear, coming from a French person is mildly insulting. I mean not for me, I was delighted.

Meanwhile, herself appeared to be enjoying herself with her friends. Here she is swimming away in Lake Geneva which she tells us she found delightful. I imagine it would be, particularly in a heatwave. 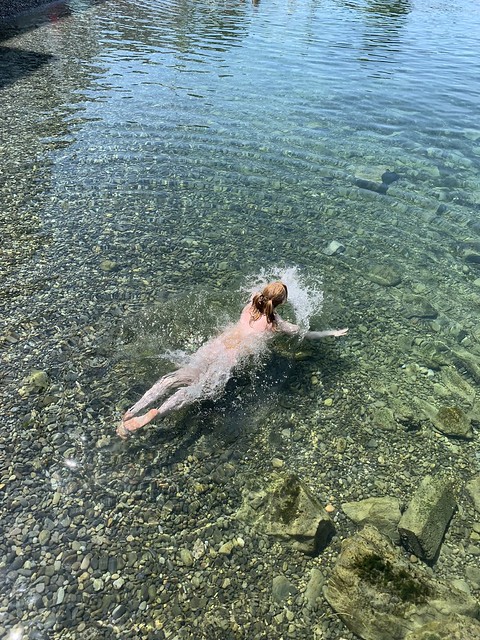 After her pleasant interlude on the Franco-Swiss border, she packed up and went to Berlin. A friend of hers from primary school is in Berlin. A group of primary school friends went over to visit her. I have known this young woman since she was 5 years old and she is a truly lovely person but slightly…vague. It was therefore not entirely surprising to find that she had booked herself a week in Ireland for the very week her friends were coming to Berlin. “We can meet for lunch in the airport,” she said cheerily. The others were not cheered though they seem to have had a good, if very warm, time clubbing away in Berlin. Herself remarked that even though her French is far better than her German (which is grand in fairness), the French took her prowess as par for the course and the Germans spent their time complimenting her on her excellent German. 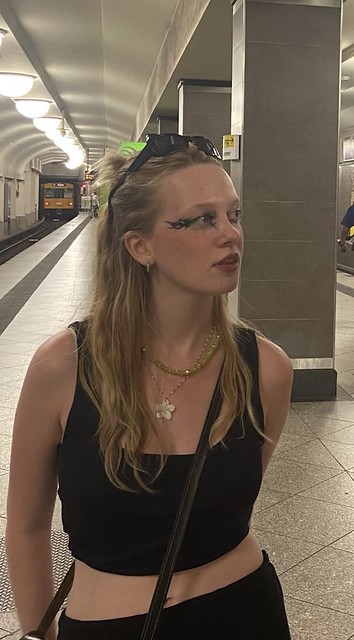 It was Belgian National Day. Michael and I added the Brabançonne to our summer playlist to celebrate. We had the Marseillaise on the 14th which we found rousing so we thought we should continue to mine the rich seam of national anthems.

We drove to Kilkenny. It is an hour and a half from Dublin and quite delightful. We had a lovely time. I truly recommend Kilkenny Castle which is satisfyingly castle-like. 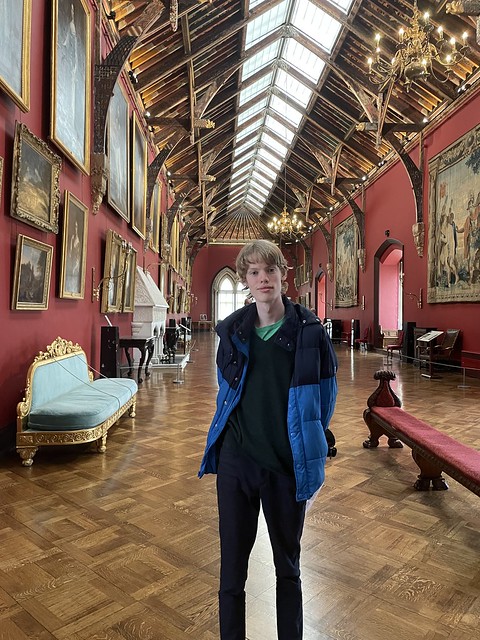 The town (technically it’s a city but it’s got a population of 20,000) is a joy to wander around and very lively. The medieval mile museum is excellent and the remains of the plinth from Nelson’s pillar are in the garden beside the design centre. Curious but not uninteresting. 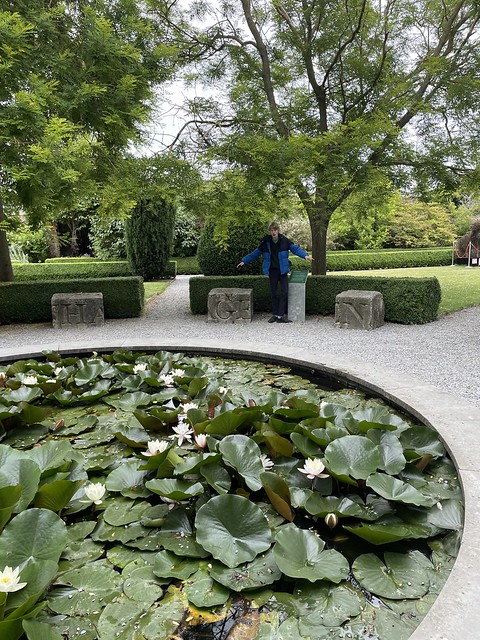 We were so charmed that we intend to drag Mr. Waffle and Daniel here for a day out in the autumn.

Our neighbours went to Copenhagen for the weekend to dine at Noma. Lads we are never ever going to keep up with these Joneses.

We picked up the English relatives from the ferry (surprisingly painless). Apparently when my five year old niece told her friend that they were going home to Ireland by ferry (a long way from London but actually with airport chaos etc not as long as you might think), her friend said, “Fairies aren’t real.” This created a lot of confusion all round but it now appears to be resolved.

We took the English relatives to Phoenix Park in the rain. Given the weather that they have been having, I’m not sure they even minded. As Mr. Waffle said, “Our first climate refugees.” Very depressing. When it was 40 degrees in London, they covered their windows with tin foil. They conceded that they looked crazy but it worked.

We had the cousins around for a barbecue and there were 11 of us in total (6 adults and 5 children). Did the weather clear up in the afternoon? It did. Did it start to lash just as the guests arrived for the barbecue? It did. We all squeezed into the kitchen and it was very nice to have all the cousins together (except herself) but slightly stressful.

The Dublin cousins went to Sicily and the London cohort decamped to their house. Not before my niece and I had finished making a couple of jars of jam. I spoke too soon when I said that the plum harvest had failed. She was very interested in the process. Mr. Waffle remarked that this must be what it’s like being grandparents. Not sure how I feel about that. 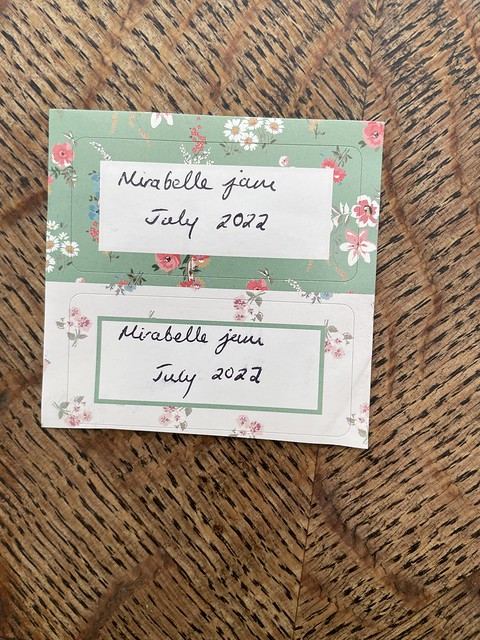 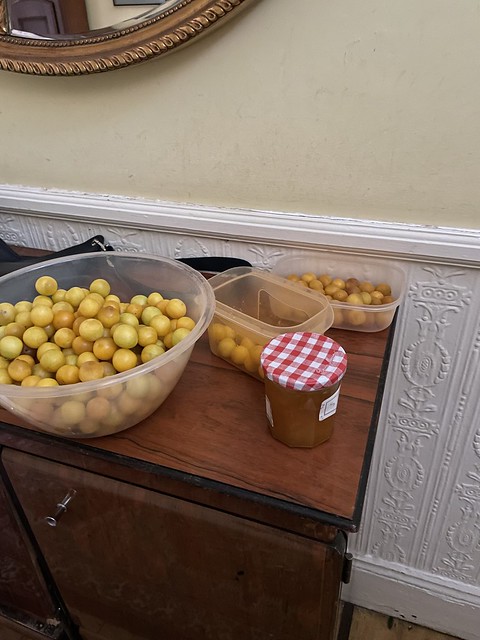 Michael and I packed ourselves up and went to Armagh in the afternoon. I felt very daring going to Northern Ireland in July but it was grand. Plenty of flags mind. 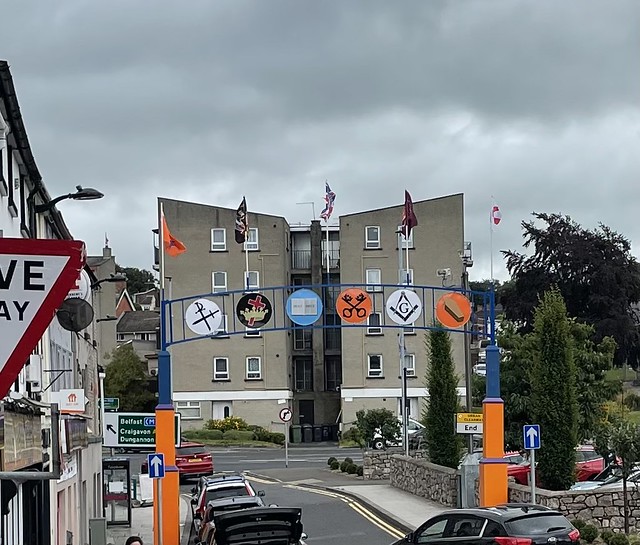 I will say this that Armagh is not the place to go if you are hoping to eat out on a Sunday evening but it is very pretty. And the burial site of Brian Boru. I mean, who knew? 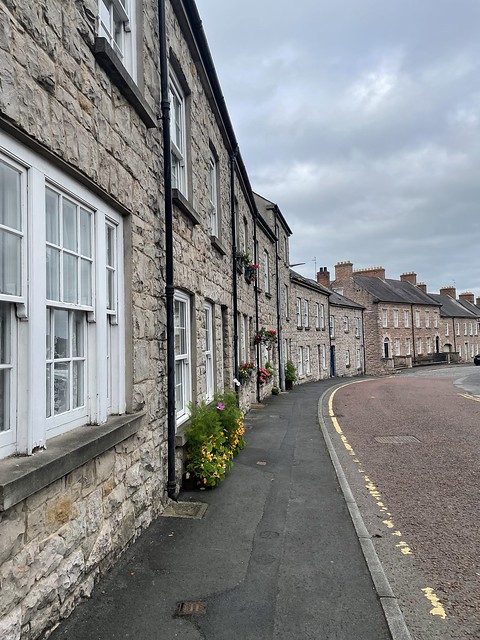 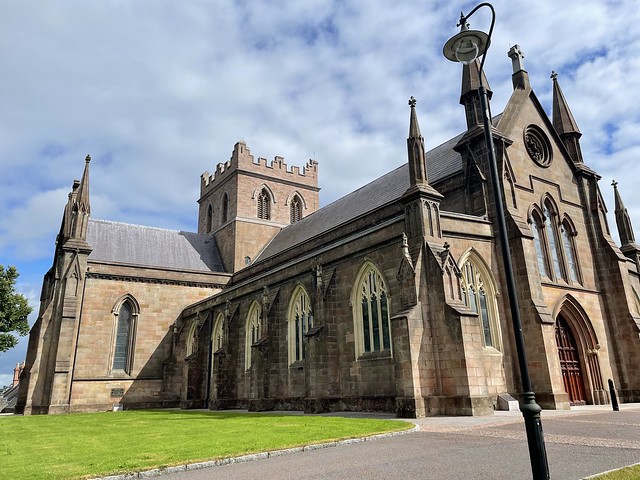 My friend’s house is charming and has an excellent view of the cathedral. 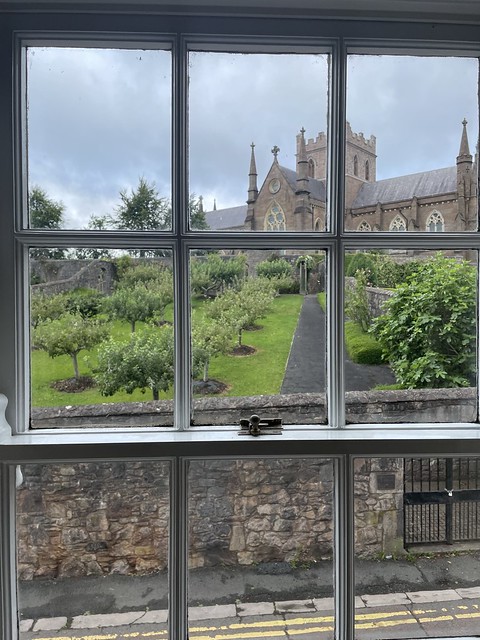 We took ourselves off to the cinema that evening which was a two minute walk away. We saw the new Top Gun film which was grand and probably about the level we were able for.