I often feel poor Daniel gets neglected between the histrionics of his drama queen sister and action man brother. He is the most placid child and very stoic. When he was vacinated, he didn’t flinch; Michael brought the house down. When he is sick, he is stoutly uncomplaining. He is happy to sit in the corner and flick through a book (often upside down) while the others demand attention. He does, however, have a temper. When he is frustrated, most often by Michael whipping something from his hands and using his superior speed to carry it away, he will crawl into a corner and bellow or hit anyone who is to hand (usually not Michael who has nipped sharply out of the way). If Michael is foolish enough to stay within range he will generally get a bite on the hand from Daniel. This means that Daniel ends up in the coin colere or, at the very least, is spoken to sharply. Despite his macho appearance, Daniel is a sensitive soul and reprimands of any kind are a source of great distress and, once he fully understands that he, yes he, is being reprimanded, lead to copious tears (Michael, in similar circumstances, just glares balefully or laughs). Daniel is always anxious to make amends and with his rolling walk (like a cowboy after a long day in the saddle) will go over to Michael and give him a big kiss. They tell us that in the creche, he often looks for Michael saying “calin, calin” (hug, hug) and gives him big hugs.  He has great fun with his brother and he loves it when they poke and push each other and try to close the door on each other’s fingers.  Oh yes, it’s all fun and games until someone loses an eye. Daniel loves to talk and the Princess has taken his education into her hands. “One” she says. “Two” he replies. He will repeat almost anything she says to him and can make good efforts on most things. He still hasn’t strung many of his words together though.  He has a really lovely smile but he does not dole it out easily.  Mostly when I try to get him to engage with people he says “a shy” and buries his head on my shoulder.  For all that, he is often more courageous than the other pair, wading into water and patting strange dogs while they cower. One night when he would not sleep and I was desperate to get to bed, the two of us ended up watching a nature programme about barn owls on the BBC.  He loved it.  It was a gentle ten minute look at the owls and various other farm animals (quack, quack, baa).  I have one question for the BBC – why would you schedule this at 9 in the evening?  I digress.  Now he makes hopeful hoo hoo sounds at the television screen in Brussels in the hope that somehow the magic owls might come back but, so far, no joy.

Because Michael spends most of his time welded to my hip, Daniel gets much less time in my arms.  He is devoted to his Daddy.  Do you think I should worry that he occasionally says “Mummy, Mummy!” to my loving husband?  Poor neglected mite. 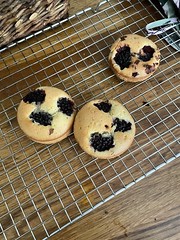 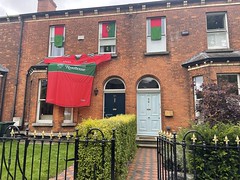 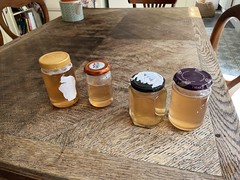