Let me take you back to August. So we got off the ferry, back in Ireland and we were going directly to Kerry without passing through Dublin for fear of mutiny by the troops if we got home and then turned around the next day and drove straight to Kerry.

We had an unscheduled stop in Dungarvan when we got a flat tyre. As it could have happened while racing for the ferry in France in torrential rain the previous day, we felt that a flat tyre in Dungarvan had much to recommend it. After lunch we pushed on to Cork where we stayed overnight with my loving family.

For complex reasons we had a spare Cork parking disk which we didn’t need and as Mr. Waffle was going into the house he saw these French people with a Finistère registered car trying to work out the parking regime in Cork. Feeling warmly towards the people of Finistère he went up to them and in impeccable French offered them the parking disk. Were they surprised by a) his French or b) his kindness to strangers? Did they engage in general conversation which allowed him to remark we had just returned from our holiday in Finistère? Didn’t I tell you they were French? I do love the sang froid of the French.

Our first full day in Kerry was a Sunday so began with a trip to mass which the troops greeted with their customary enthusiasm. We were staying in Dingle in ludicrously enormous holiday houses outside the town. The cousins, grandparents and aunts and uncles were staying across the road from us and there was a swing and a green area between the houses which the children played in happily. 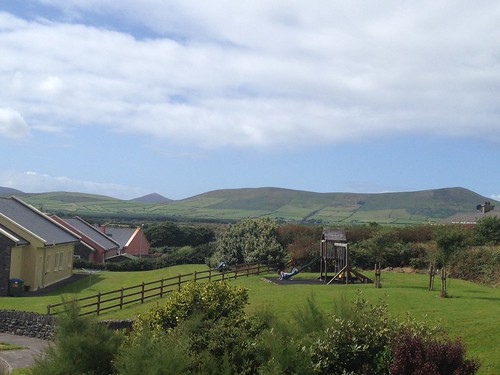 We went to the beach in the afternoon but didn’t swim as the place was alive with jellyfish. Global warming apparently. The children were delighted to play in the sand with their cousins so all was well. 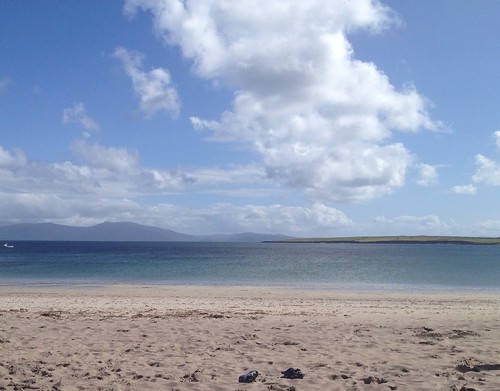 That night the parents of the children went out together. My sister-in-law and her husband from exotic London took all the children to the fair. Madness, but we were very grateful, as were the children.

We had a mild climb up Clogher Head and looked at the beautiful view. For his own obscure reasons, an Italian man was sitting at the top playing a flute so that was nice, if a little odd. 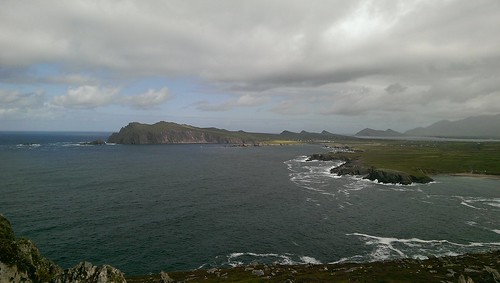 We had a lovely lunch in Ballydavid; a further swim with a jellyfish and a visit to Dingle’s excellent library. For the price of €2, you can get a temporary membership and borrow from your holiday address. Is that not wonderful?

My sister-in-law took her husband to the airport. This was not entirely without difficulty as, despite being over 30 and having lived in London for 13 years and looked after herself perfectly well, she is a youngest child and is therefore assumed by her parents to be incapable of the mildest adventure. I was startled when my mother-in-law asked me whether I thought my sister-in-law would be alright on the shortish drive to the regional airport. I felt she would. Apparently an offer by her mother to sit in the back seat to ensure that she was safe had been vigorously rebuffed by my sister-in-law. Youngest children also have their crosses to bear.

The Princess, her young cousins and her uncle and aunt climbed Mount Brandon. The boys, Mr Waffle and I baled out somewhat less than half way up. There were still great views. 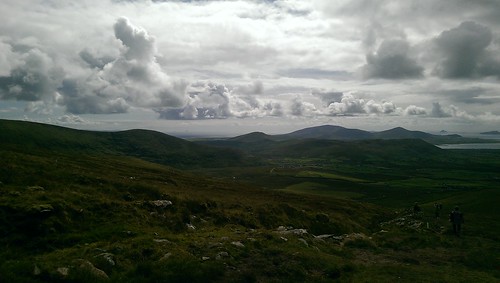 Including, impressively, of my brother-in-law running up the mountain ahead of us. 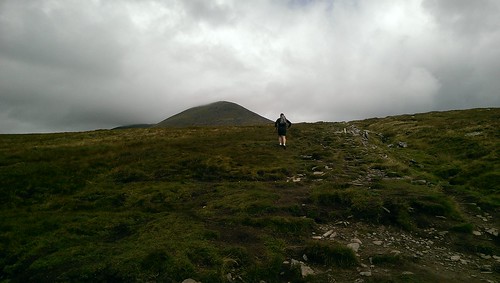 Back at ground level we forced the boys to speak Irish in a local shop. It passed off peacefully.

We had a lovely dinner out leaving the children to the tender mercies of a teenage babysitter. She seemed fine on our return despite minding five young children. This was the last night for both sisters-in-law before they went off to London, so nearly at the end, alas.

The girls went for a trip to the acquarium with their London aunt before she left for the bright lights. A certain gloom overtook the party on the departure of the aunts. We all went on a very damp cliff walk. 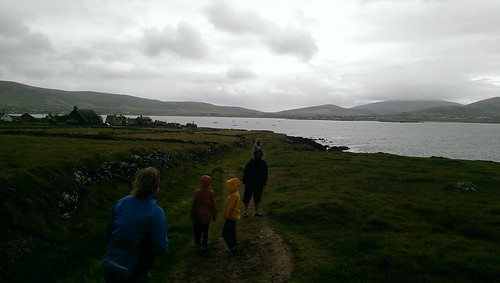 There is nothing like Kerry in the rain. The children were cheered by a further trip to the funfair with a view later. 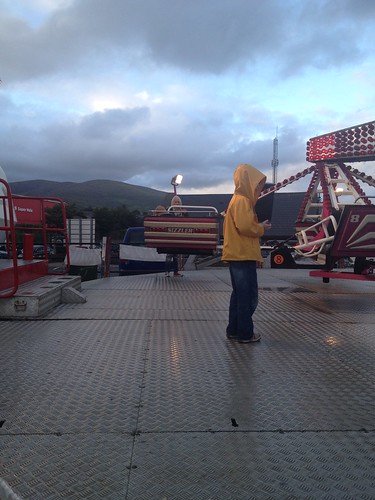 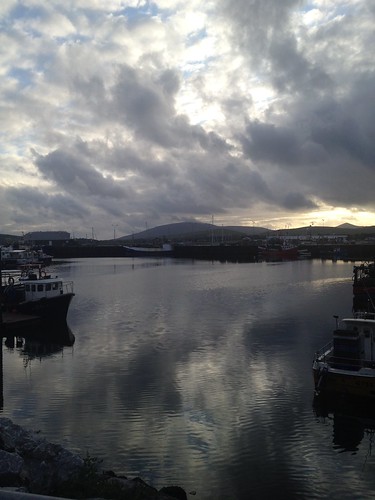 This was our last full day in Kerry and the weather was amazing. We spent all day at the beach in Ballydavid and had a beautiful lunch in the nearby pub. It was a lovely, lovely day and, handily enough, obliterated the rain soaked memory of the day before. 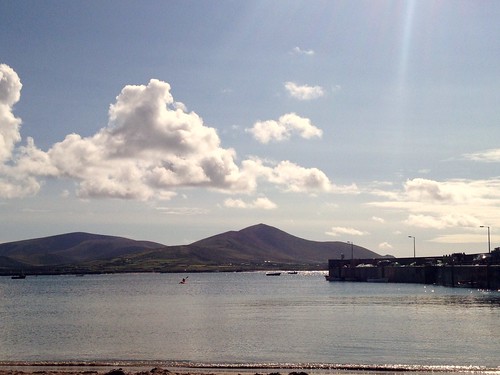 The end of the holidays; a long drive and finally we were home.

Last picture of Kerry from the road home: 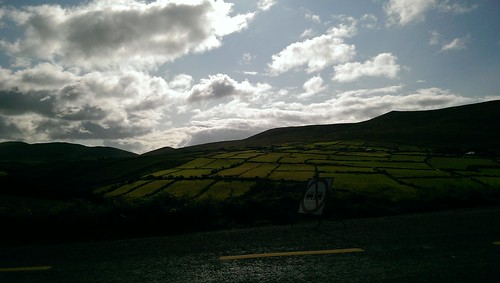 So, excellent, I have finished my account of the summer holidays before the beginning of October, do you enjoy the immediacy of this blog?