We went to another lighthouse. Lighthouses are quite the tourist attraction in Brittany. This was followed by a mild walk along the coast to admire the view. Children can be somewhat indifferent to the glories of nature, can’t they? 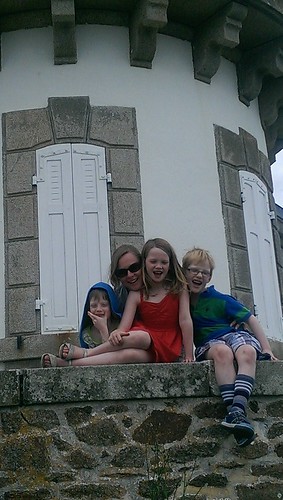 We found a church that offered a shorter mass. The Princess and I then cycled into the brocante where we spent a happy, happy hour and €5. 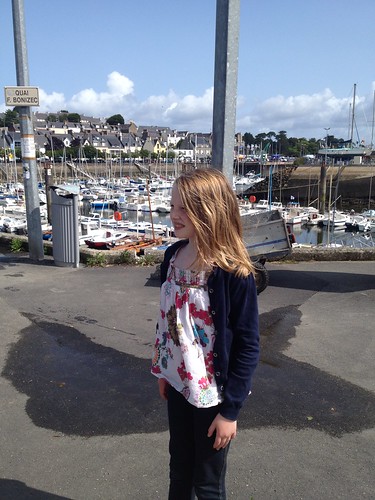 Then we drove off to Ile Tudy which is actually a peninsula. You can either drive or take a ten minute ferry ride from Loctudy. We took the ferry. Then we took it back again. The excitement. 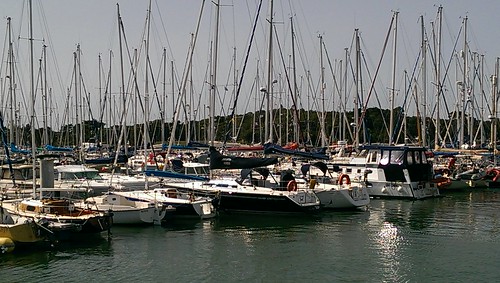 And there was more – we went to the most amazing beach nearby. A long, long beach with huge rolling waves. The children and I had a fantastic time. Mr. Waffle was too busy being lifeguard to relax fully. We then had dinner in Pont L’Abbé in a restaurant which offered both pizza and moules frites but neither entirely successfully.

We went and investigated the port museum. This is a massive museum dedicated to the history of the town and a more general focus on marine matters complete with a number of restored boats floating on the quayside which you can visit. 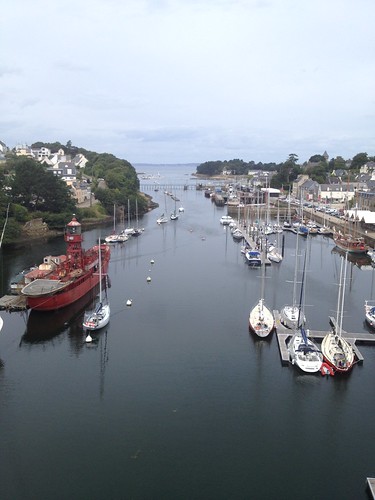 It is inconceivable that a town of 16,000 people in Ireland would have an equivalent museum. It really brings home the French commitment and public investment in culture and the arts. The museum featured sardines heavily. 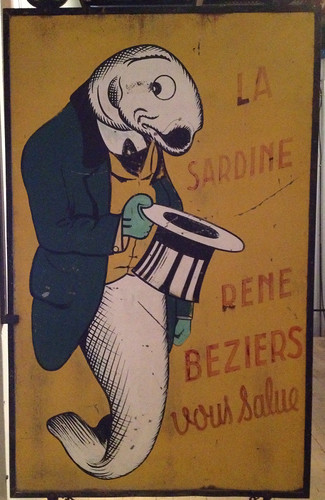 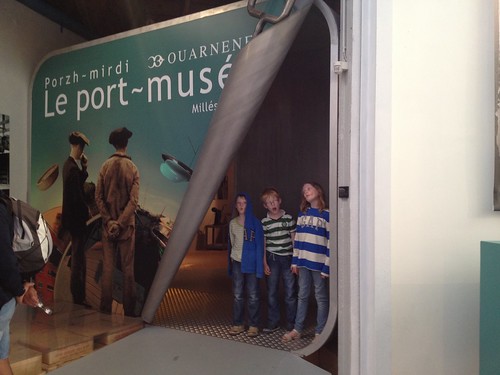 After the excitement of the port museum we took ourselves up to the neighbouring town of Locronan which is as beautiful as it is filled with tourists. It was very rich up to the late middle ages/early renaissance – making a fortune in hemp, no, really – and then suffered a rapid decline which meant that no one subsequently did any building work. It’s really lovely. 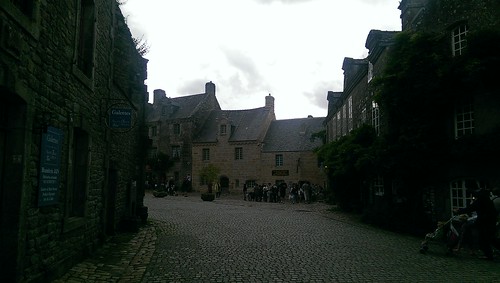 It’s actually prettier than that but you have to balance getting pictures of heaving throngs and quaint streets.

It has great, though slightly mysterious saints in the church. 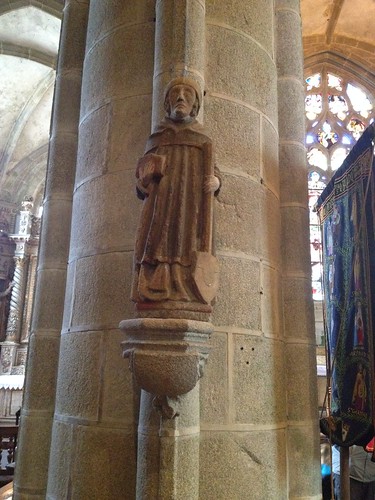 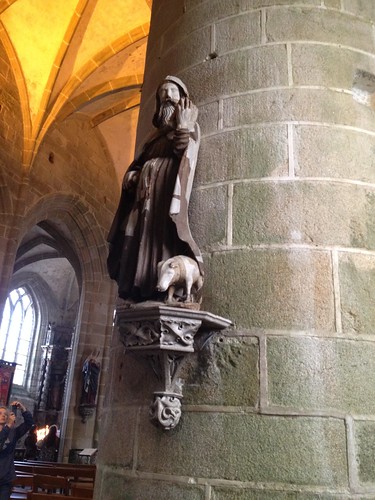 We also saw a man walking a racoon on a lead. Not a great photo but you understand my difficulty. 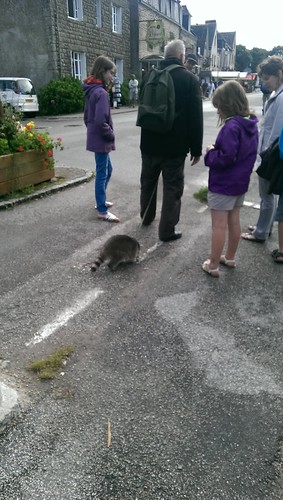 I was persuaded not to spend €150 on an art nouveau overmantle clock (not working, obviously) by my daughter’s uproarious laughter when she saw it. Probably for the best.

We went back to the great beach near Loctudy. It was great. 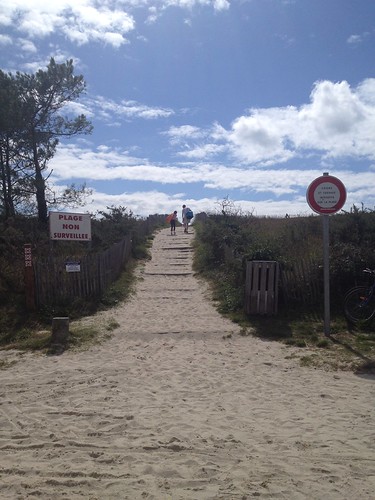 We also took in Concarneau which as fortified towns go – that’s a ville close to you – is very appealing. You can walk around the fortifications and look out to sea or peer through the lanes to the very crowded main street. Have a sea view. 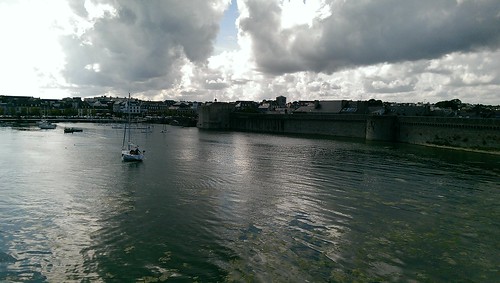 Our last full day in Brittany. We went to the beach at Kerlaz which was partly closed due to the “algues vertes” but was a nice spot for a stroll. Even the children thought so. 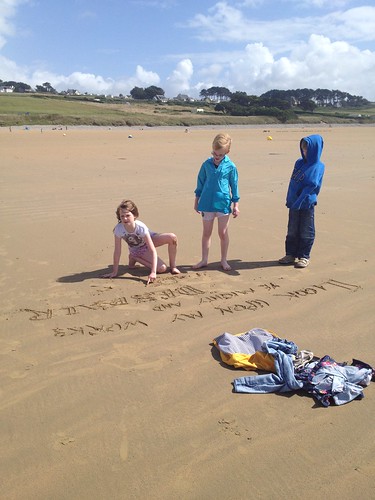 We locked up and left the house. It poured on the drive to the ferry. We stopped for lunch in a restaurant on the way and got soaked. After the Princess had ordered her lunch, the waiter said to Mr. Waffle “Votre fille parle très bien français.” Her father turned to her and said, “Treasure this moment, this may well be the only time a French person ever compliments you on your French.”

And then, we were gone.

Tune in for the next installment when our heroes find themselves in Kerry.