I have just returned from four days in Cork with the children. It was very wet but moderately successful.

On Thursday we went out to Charles Fort; a familiar walk. The children did not look forward to it. In fact, only the day before, they had refused to leave the house with the childminder on the grounds that they would be forced to go to Charles Fort the following day.

Despite the rain, it was reasonably successful. We stopped for lunch in the Bulman and got coveted seats by the fire. From there we had an unimpeded view of the lashing rain and grey sea. 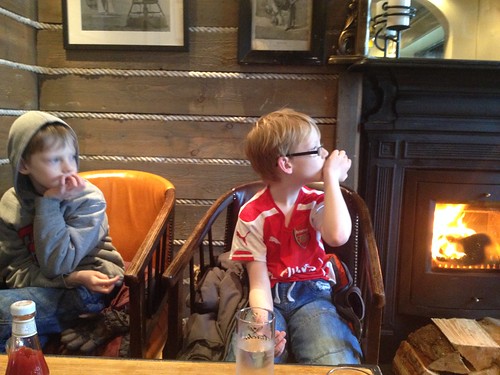 After eating, it had eased to heavy drizzle and we went on. The fort itself was successful. 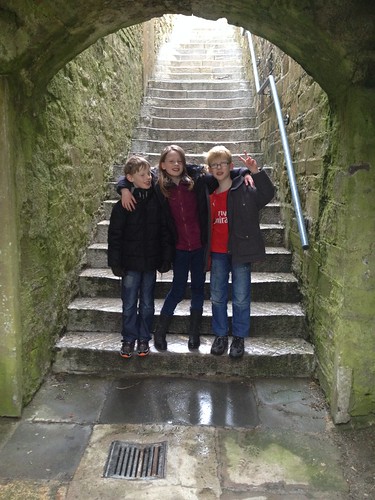 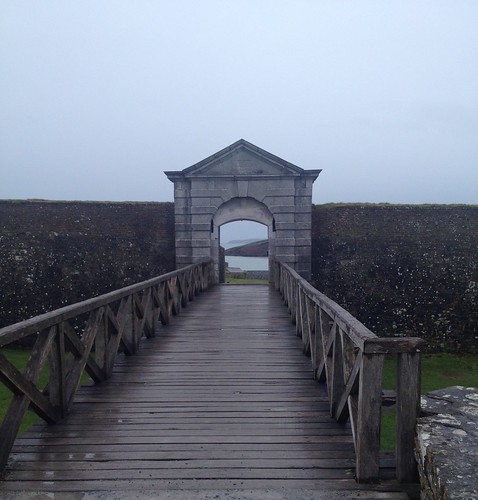 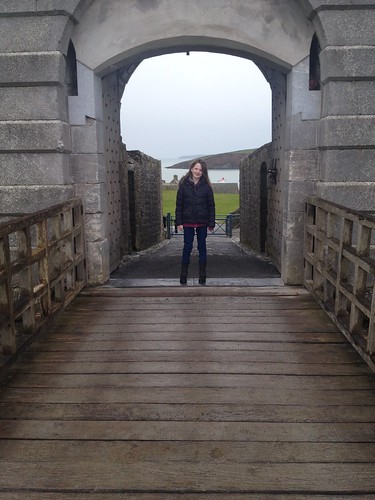 The boys played with imaginary swords and herself bonded with a small dog. The pair of them went running around the grass together; both delighted. 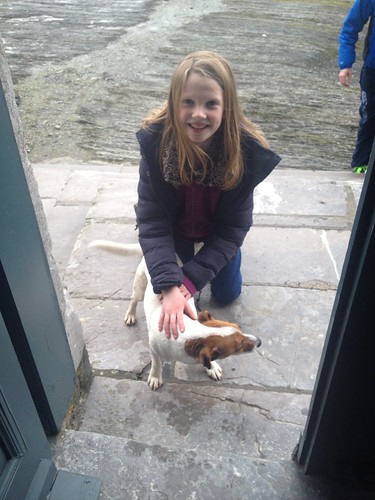 The walk back to the car was damp but mostly downhill and they got to play with the “caution children” sign. 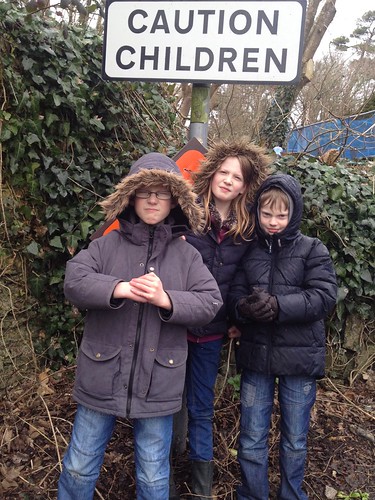 On Saturday we traipsed in the rain up to Elizabeth Fort. This has been tarted up a bit since I was last there (about age 10 with my mother picking up coal from the coal merchant tucked in under the ramparts; still there, you will be pleased to hear) and there are walks around the ramparts; some statues; a damp man from the city council handing out leaflets and demonstrating commendable enthusiasm; and stocks. 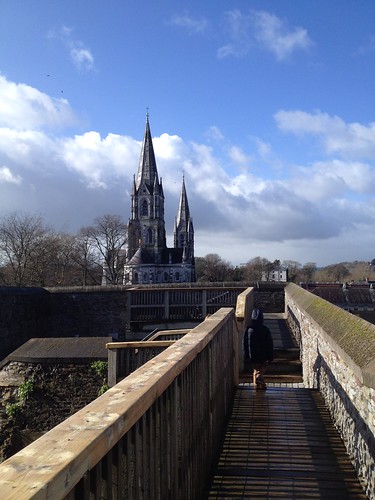 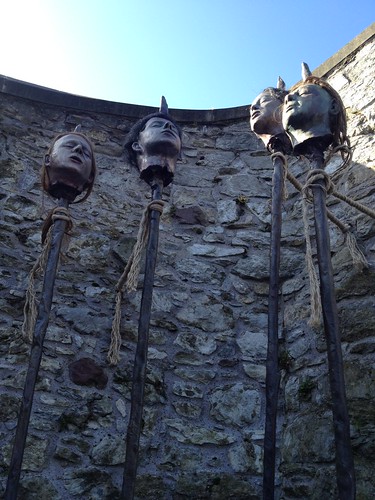 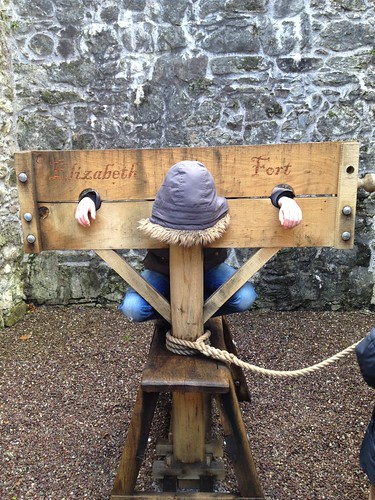 Pushing my luck, I also took them into the Protestant Cathedral as it was on the way. I remembered it as being small on the inside but it’s much bigger than I had thought. Still a lot smaller than you might expect given the size of the outside. They had a child friendly two-page brochure which engendered some mild enthusiasm on the part of herself and Michael but Daniel continued to make a strong case for retreat. 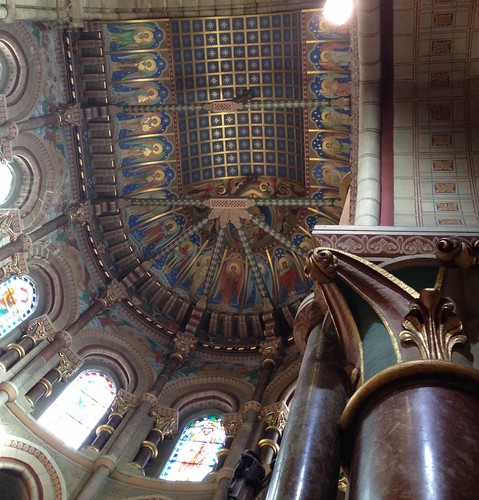 Aside from that, we rarely ventured out. Much of the children’s time was spent working their way through their Uncle’s change mountain and bagging it for him in exchange for a share of the profits. He had more than €600 which is really quite extraordinary and made a tidy profit for the children who had sought 10% of the total. They were subsequently forced to amend this to a lower percentage but it was still very satisfactory. Arguably not as satisfactory as their encounter with my aunt who gave them a small shopping bag full of change and told them to keep it. 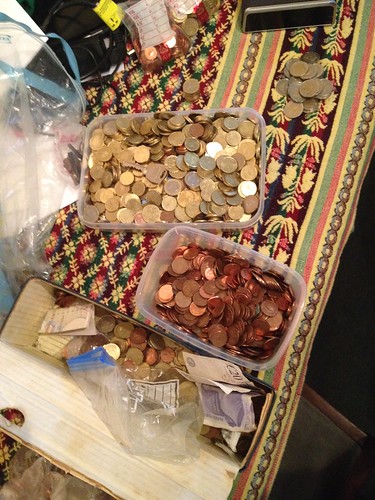 The children also played cards with my family. I am regarded as a guru here in our little family group in Dublin so I think the children were surprised to hear how my play was regarded by my cruel siblings. Herself said, “I’m worse at cards than Mummy and Daddy.” To which her aunt responded bracingly, “Don’t be ridiculous, nobody is that bad.” Indeed.

Finally, my brother has been clearing out the attic (I think, because he wants his head examined) and has found some wonderful family photos including a lovely studio one of my aunt and my father in the mid 30s. He has also found loads of press cuttings. It’s a bit difficult to work out why some of them were kept. “Why,” I said to my brother, “have we kept the Evening Echo from 1986?” and as I flicked through I came across this photo of me at my debs. I must say that I look very cheerful considering that I found that particular rite of passage a rather grim experience. 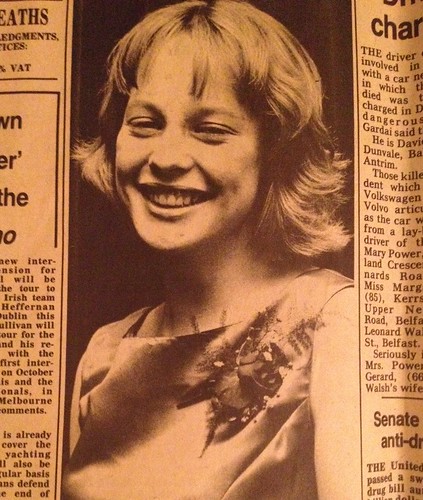 And finally, my aunt gave me a lovely coffee table which used to belong to her aunt (a glamourous photo of that aunt from 1921 was also found in the attic) and I am very pleased. 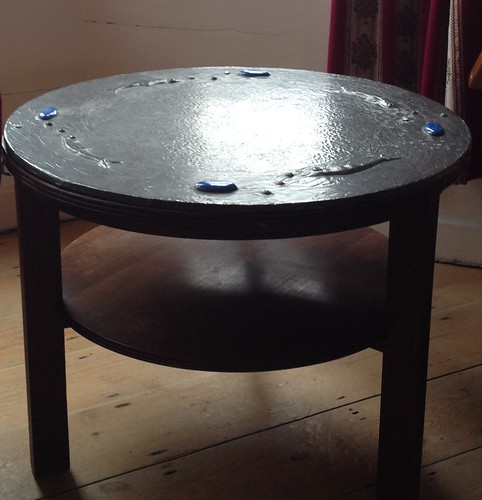