We came back to Dublin on Thursday, July 16. The cat was delighted to see us back. 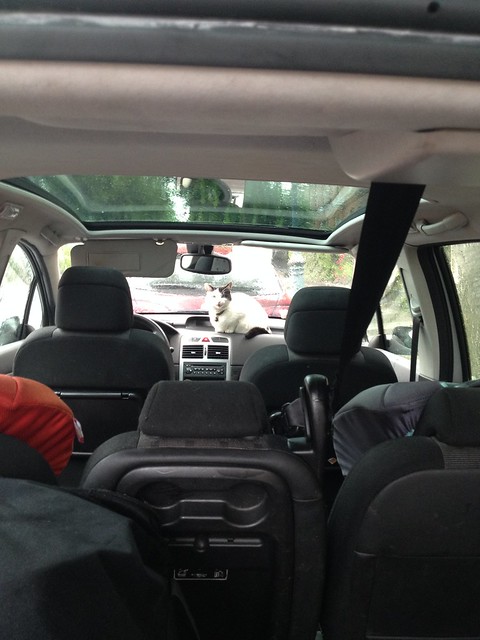 That night, the boys and I went to the opening night of the IFI family festival where we saw “Inside Out”. As it was the opening night, they had various competitions and events for the children. As they went around the stalls, Michael was given a stage pass. Before the film started, the children with stage passes were called up to the front. Michael loves this kind of thing and bounded up. There were four other children onstage. They had to do a little piece where they answered “sausage” or “banana” to every question asked. The other children were nervous and almost inaudible. Michael was in his element and had the audience rolling in the aisles. He got awarded the winning prize of the “golden banana” and I have worked out what he can do when he grows up. A win all round.

In fact, it was afterwards I was most pleased. Michael might have been tempted to boast but he hardly referred to his triumph because he felt for Daniel who hadn’t won a prize. Daniel for his part was sad that he shouldn’t have been chosen to go on stage and didn’t win a prize but bravely congratulated Michael and was pleased for him.

We went back to the festival on Saturday with all of the children and a friend (tickets, incidentally fantastic value at €15 for a family and €5 for an individual). We saw a terrific German language film, Winnetou’s Son. It was very sparsely attended which was brilliant for our little group as the star of the film was there with his mother and in the Q and A, they got to ask him loads of questions. He was a lovely, immensely polite child and he posed cheerfully for pictures afterwards: 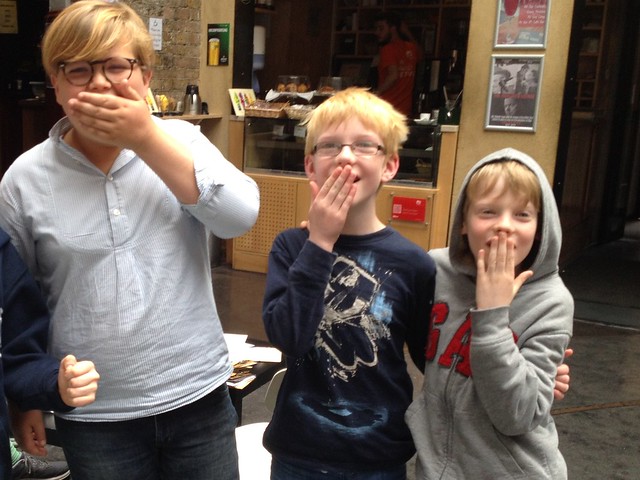 Added bonus, Michael was yet again exposed to the advantage of speaking foreign languages. The star was 11 and didn’t really speak English. Mr. Waffle and I speak German (he’s much better than me but I like to talk more so it kind of evens out) so we were able to chat to the star and his mother which Michael could see was useful loath though he might have been to admit it.

Then we went to the closing film. It was a Norwegian film with beautiful cinematography. When I hear the words “beautiful cinematography” I always think, “rotten film”. The film wasn’t bad, it’s about three children who get stranded in the Arctic through a series of deeply improbable events, but for this once, the cinematography really did make the film for me. It was one of the most stunningly beautiful films to look at. The children found it reasonably enjoyable; the main characters are an older sister and her annoying twin siblings and this resonated particularly with some of the family, less so with others. Michael, for example, doesn’t want to see another film, possibly ever, certainly not for some months. 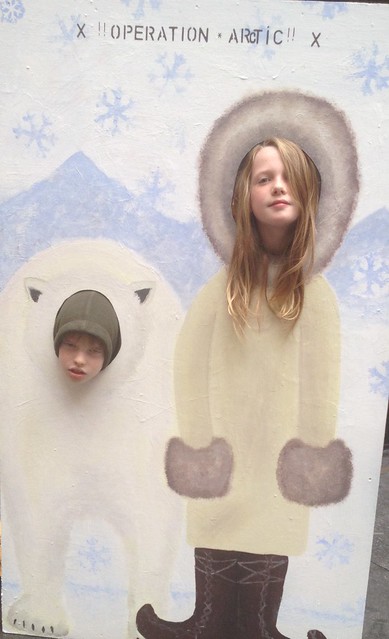