The Princess has been baking like a demon since we got back from France last Tuesday. 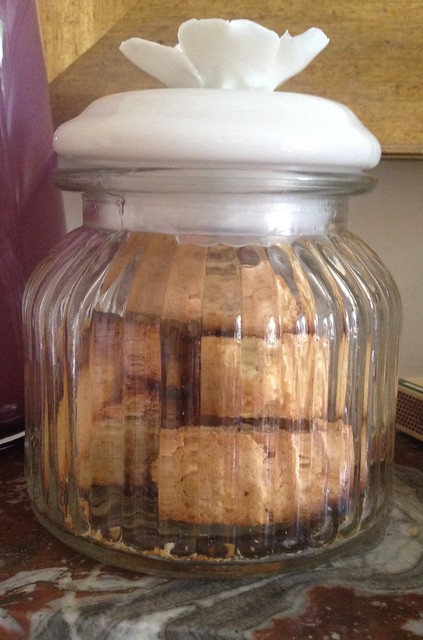 Made, I understand, while I was in Cork for 24 hours. No visible trace remained on my return. 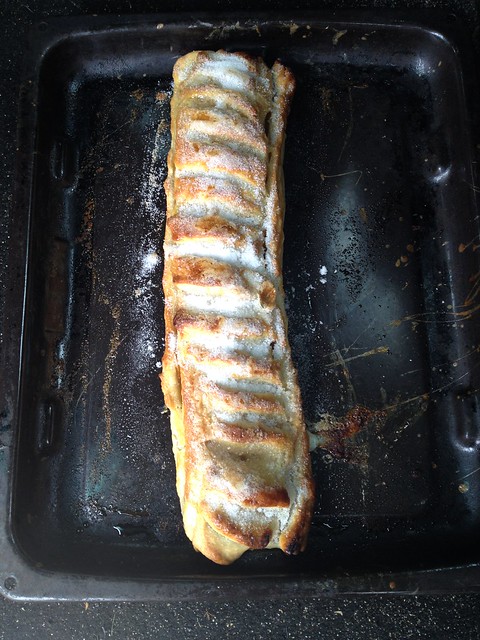 It’s a kind of slatted apple cake. Chiefly chosen because the recipe calls for a kilo of apples and we have three apple trees.

It’s immensely complex and she was up at dawn this morning freezing and grating butter, refrigerating the dough and then taking it out, rolling it, folding it and re-refrigerating it. Her operations were not helped by being interrupted by mass. The archbishop was present and it went on for an hour and a half. She was fit to be tied. As she was rolling out after mass, I heard her sigh sadly, “If only I had a marble rolling pin.” I would like you to know that I have never hankered after a marble rolling pin. She must get this interest in baking from my mother. I understand these things often skip a generation.

She is starting secondary school tomorrow and, I suppose, this may lead to a mild slow-down.

I made mirabelle jam myself. Go me. 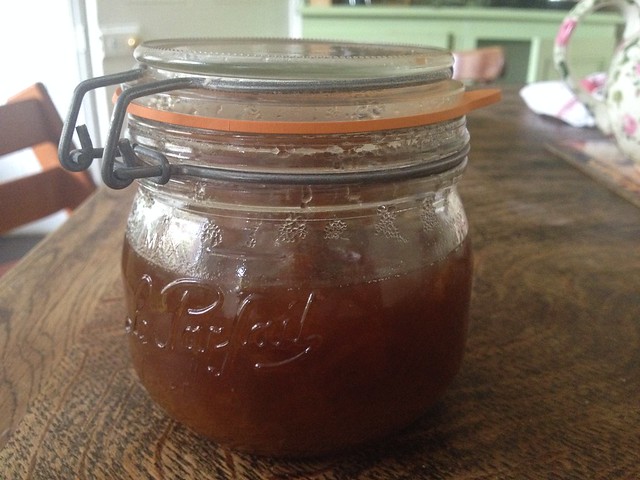 Details of our French holiday to follow when we are all feeling stronger.