Herself went to Cork the weekend before her birthday. She went by train on her own and, happily, it all passed off peacefully. She had a brilliant time in Cork and came back with a large suitcase full of presents, including a pen for writing on windows. It was wet in Cork, though. 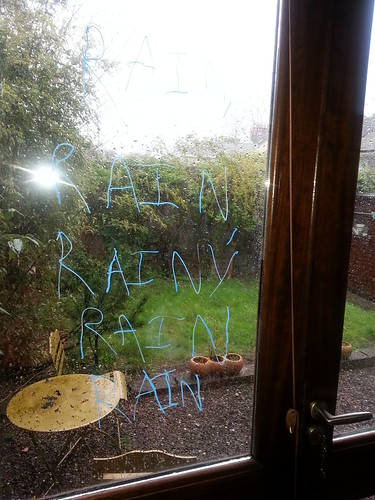 While she was in Cork, we took her brothers zip lining in the Dublin mountains which they really loved. Although, standing around in the hail did nothing for my nasty cold.

The following week herself had all kinds of birthday excitement as well. Her friends took her to see Hamlet which they all enjoyed. Then the next day they went zip lining (Mr. Waffle became a fixture peering up through the leaves in the forest) and she had two friends stay for a sleepover.

Meanwhile, Michael announced that he and Daniel had never got birthday presents as they already had what we bought them (last September) and we gave the presents back to the shop but they never got anything else. This struck me as unlikely but conceivably true. It was certainly true that the presents were slightly disastrous. Neither Mr. Waffle nor I retained any memory of replacing them. So the boys and I cycled in to town and I bought them an x-box game and a fart gun. The latter, for which I grudgingly forked out €24.99, has enjoyed success beyond our wildest dreams. His sister really hated it, so already something of a win as far as Michael was concerned.

On some Sunday since I last blogged (am a little hazy which) we had a very successful trip to Glasnevin cemetery. Firstly we went by bike and it was speedy and no one was knocked over. Secondly, it’s a fantastic cemetery with all kinds of interesting patriot stuff and great, elaborate graves. Thirdly, it’s beside a very nice pub known, appropriately enough, as The Gravediggers, and we went there for tea and crisps after our wanderings in the cemetery. I wonder is Glasnevin the only cemetery in the world with a very nice cafe in the gruonds and a pub practically built into the curtain wall.

As well as the patriots, I see that the father of plastic surgery is interred there. Not a lot of people know that, I imagine or, indeed the link between Robert Emmett and plastic surgery. There’s a great pub quiz question for you now. 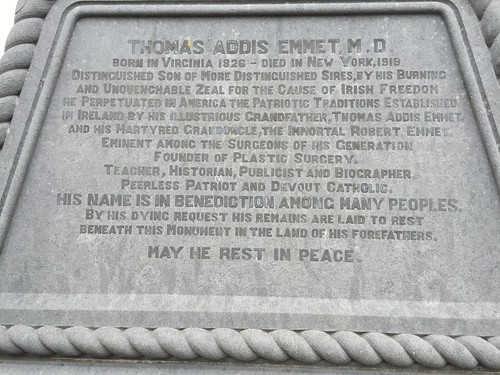 And here’s an arty shot from inside the Round Tower over Daniel O’Connell’s grave: 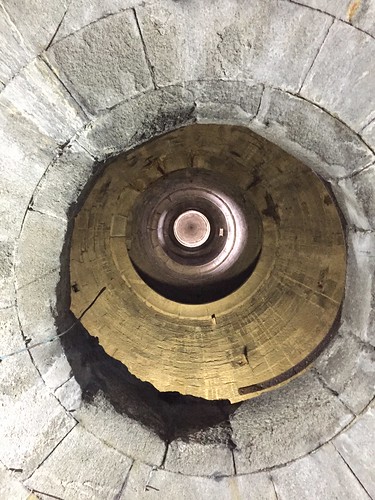 The details of the weekend just past are a blur but I can confirm that the following elements featured: bouncy castles, canoeing on the canal, a visit from my sister in Cork and an all day hurling blitz.

Is it any wonder I’m exhausted?