He started secondary school at the end of August and for the first month he found it hard. I was slightly despairing about whether we had done the right thing. I agonised. Mr. Waffle agonised. And then, almost overnight, everything was better; he got the measure of the expectations, the timetable, the school and he seemed reasonably pleased with himself. He joined the games club on Friday afternoons. He is in a different class from his brother for the first time ever. At the beginning, I realised how much we had previously relied on Daniel to tell us what the homework was or clarify difficulties. Michael was on his own now. It did not go well initially but somehow, now it’s fine and he seems to know what he has to do all by himself. He is the ultimate pragmatist and as the school operates a stringent policy of promoting the first national language he adheres to it and has started speaking Irish a bit at home, possibly to avoid the extra effort of covering two languages. In fairness, he is quite positively disposed towards Irish: he sees it has value as an Irish person to know Irish and that is half the battle. There are also a couple of children in his class who went to English medium primary schools and are really struggling with the language and this, I think, underlines to him the very practical, current benefits of Irish.

Part of Michael’s difficulty was, I think, that everything was changing. At the same time, he went from cubs to scouts and he didn’t like that much either. It was like school, it was all rules and everyone was cross but, again, after 3 weeks he got the hang of it and he seems to be perfectly happy again now.

He has also taken up hockey. He has been pushing for this for a number of years but I have resisted partly on the grounds that I wasn’t convinced that he would really like it; partly because we don’t live particularly close to a hockey club. This year, I folded and he joined a club. I’ll say this much for Michael, he knows what he’s going to like. He really enjoys it. Hockey is mostly played by girls in Ireland and of the 30 players in his group, 28 are girls. He doesn’t care. Daniel came along one Sunday and asked, “When will we get a match?” and the answer, for boys, is basically, probably never. Daniel decided against pursuing this interest; Michael continues to be perfectly happy to continue playing. The only difficulty is that training is at 11 on a Sunday, miles away. Daniel and herself sing in the choir at 11.30 mass locally and Daniel, in particular, wanted to stay involved. This means we are doing mass in two phases: Mr. Waffle and Michael at 10 and myself and the others at 11.30. It is unsatisfactory but I am quite pleased that Daniel actually wants to go to mass.

Michael still loves to read. Every break in school he spends sitting contentedly reading his book. His brother, his sister, his fellow students and his anxious teachers have all asked him whether he is ok on his own; it would appear that he is. 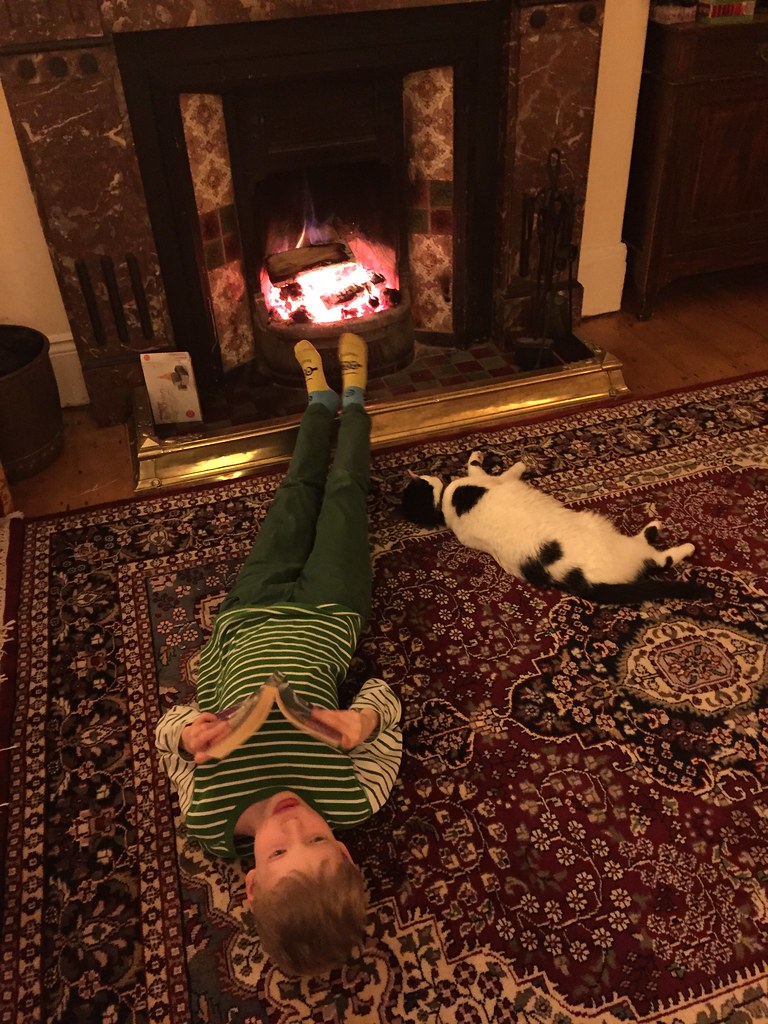 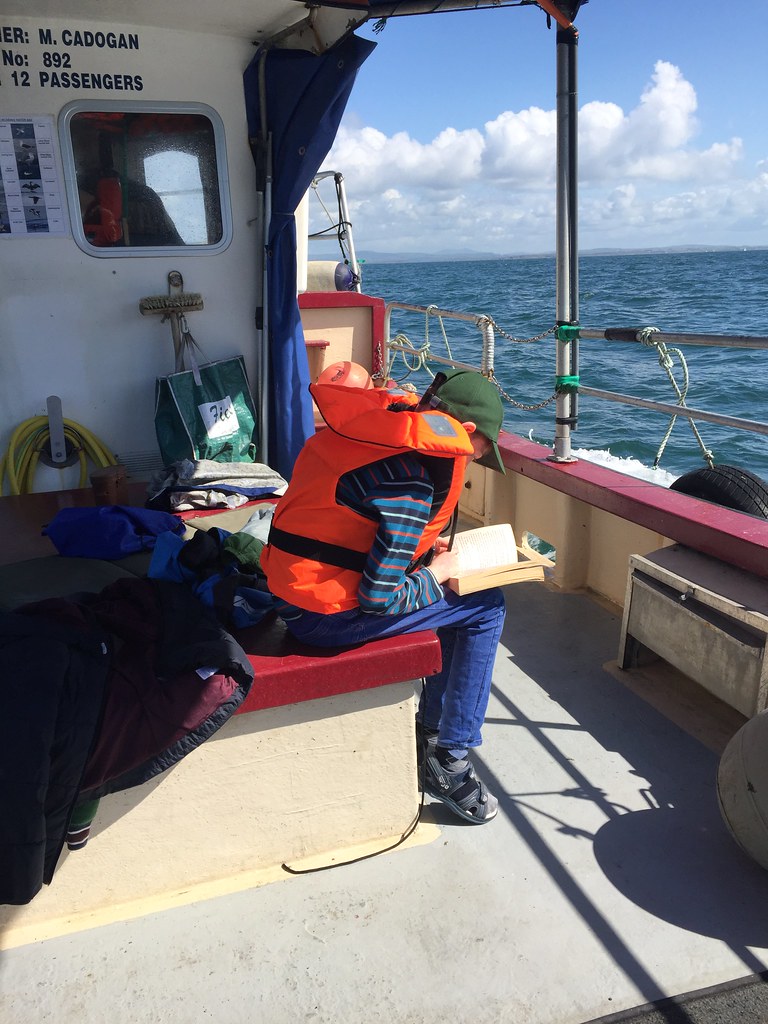 [Can I just say that it is despite his parents’ best efforts that he often wears socks and sandals?]

I find him completely delightful; his brother and sister refer to him as the arch-manipulator. He knows exactly how to behave to get what he wants; I suggest that they should learn from him rather than indignantly outing his behaviour. Funnily enough, that does not seem to appease them. He and I get on like a house on fire except in relation to his homework; if I ever try to help him, we both get furious. He is so lackadaisical, I am so unreasonable. In fact, Mr. Waffle is much better at this which is a surprise to all of us.

He continues to eat almost nothing. It was a sad day for me when, over the summer, he decided that he was no longer going to eat cereal. Cornflakes and milk was his major food group and this has now been replaced by toast and honey which I have to regard as a backward step. 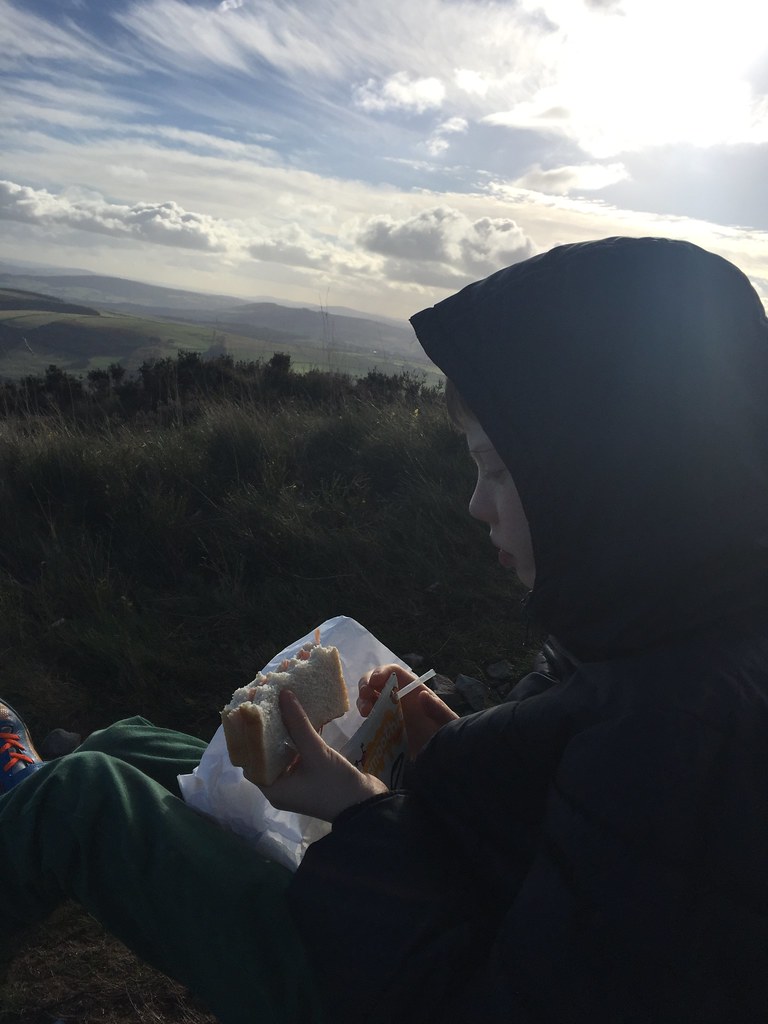 He gets on very well with his brother. They have loads in common and they spend many happy hours together. He also gets on with his sister, they seem to mostly travel in parallel grooves but the odd time they interact, it’s all perfectly cheerful. Being in the same school again has allowed for much greater interaction between them which, on balance, they seem to find mildly interesting. 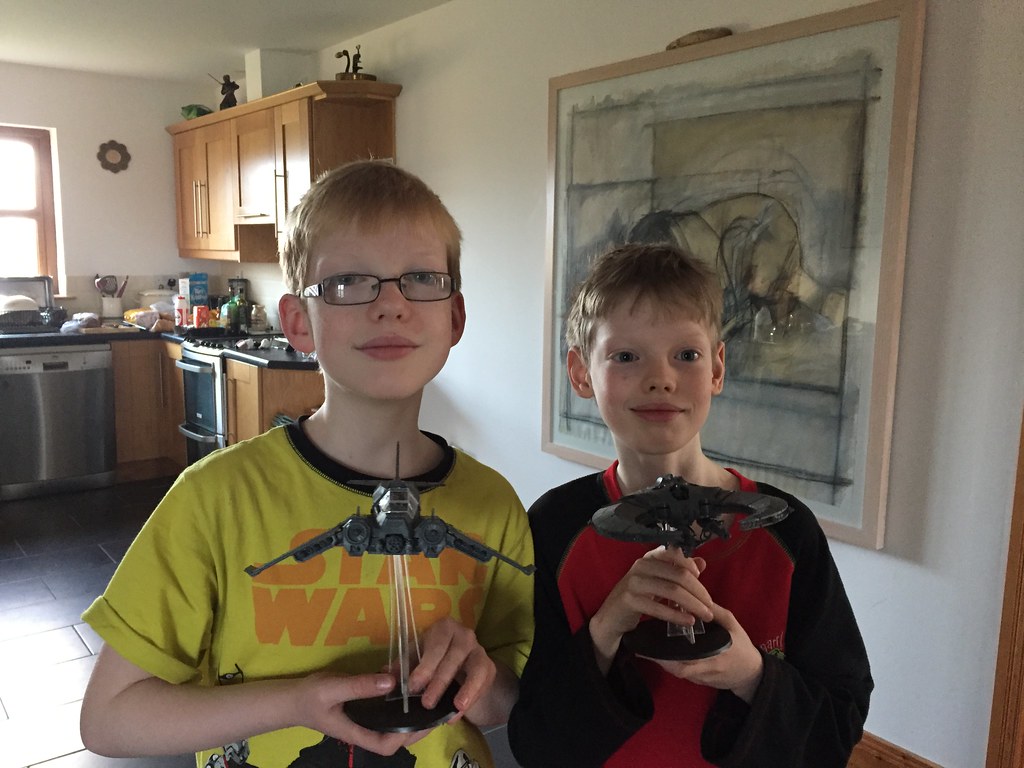 He is cycling in and out to school which is a bit heart-stopping but, like his Irish, his cycling has really improved. I think it’s good for him.

He’s still a complete home bird. Unlike his brother and sister he had absolutely no interest in signing up for the school tour to Germany: “All day on a bus, looking at boring museums with teachers on my holidays.” He thought the other pair were certifiable. He is doing German at school and it is alright. We are trying to keep his French up at home by having a former childminder come and play games with them – through French – for a couple of hours a week. When I got home from work last Friday, Michael was sweeping the board in Monopoly but not bothering to say, in French, any numbers higher than 10 (numbers below 10 are not a big requirement in Monopoly), slightly to the childminder’s despair. We’ll see how it goes; it’s nice that he and his brother are so pleased to see the childminder who we had for a number of years and was a firm favourite.

He continues to like to wear exactly the same clothes he has always worn. This is a problem as he is growing and many of his trousers are approaching mid-shin length and he will not let them go. I keep trying to introduce new elements and sneak away the old but he is having none of it. 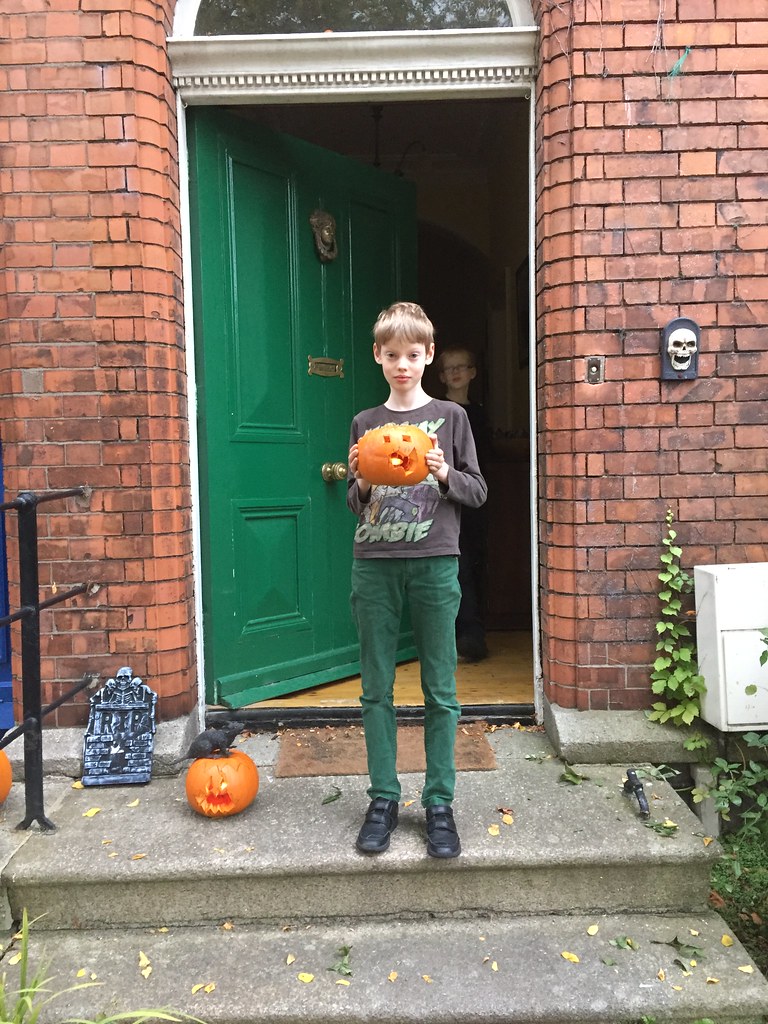 He loves babies and small children and when we were in Tesco recently bag packing for the scouts he went up to all the babies and made them smile. He is absolutely charmed with his new baby cousin from London.

He continues to be really interested in history and is always reading books about history and regaling us with tales from the past. He loves “The Big Bang Theory” and “The Simpsons” neither of which is really appropriate for someone who turned 12 last month. He spends many happy hours glued to his phone watching people commenting on games they are playing, a form of entertainment entirely baffling to his parents.

He is obliging and even, if he wriggles out of things, which he can do, he, disarmingly, instantly goes to rectify whatever the fault might be – “Of course,” he says cheerfully when asked to tidy his room. If he is annoyed, it very rarely shows and that makes him delightfully easy to live with.

While his brother and sister are keen to be older and more independent even with the responsibilities that brings, Michael is happy just where he is, if anything, he wouldn’t at all object to being younger, particularly, if it meant less homework.

He is very sensitive to the moods of others – if people are down, he tries to cheer them up. He is a pleasure to be with: warm and funny if occasionally dogmatic.

I am curious about what the next number of years will bring but for the moment [she tempts fate] all is well. 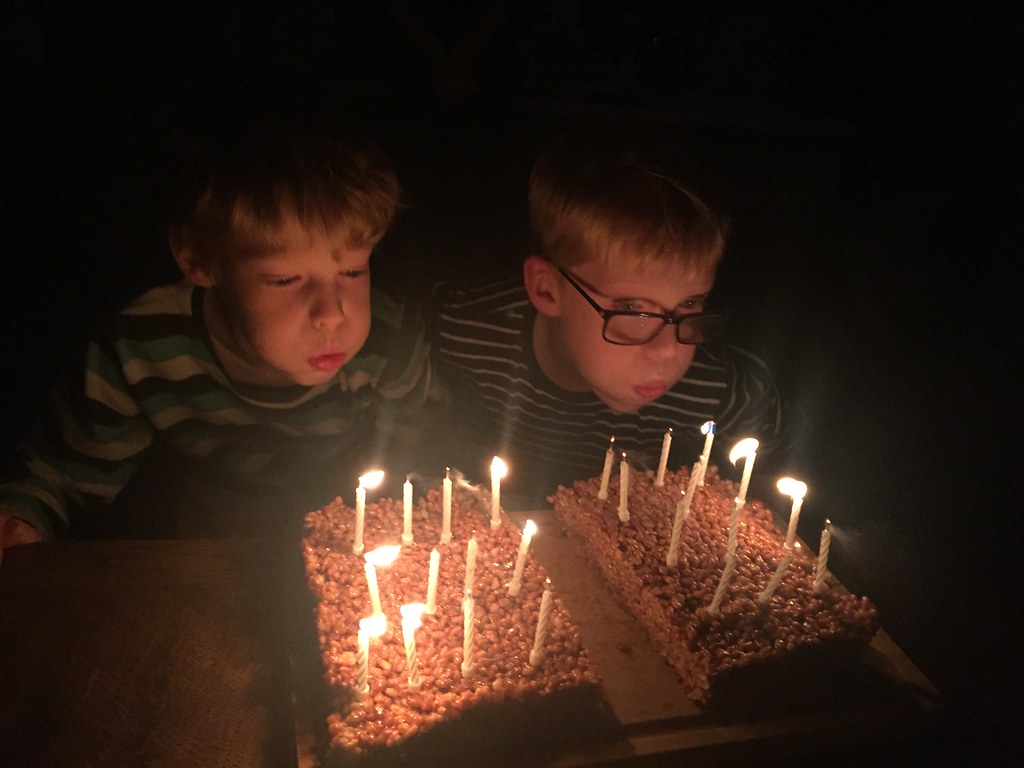