It’s been a while since I had a weekend round-up, what have I got for you?

The boys have joined a panel which involves seeing lots of films for children in foreign languages. They are enjoying it. We arrived a day early for the first session. For reasons I cannot now remember, it was supremely awkward to get in on time and it was all my fault (that latter part is true, I misread the date) so I took them all for pizza to assuage the pain. It worked. I shudder to think how much money I have spent in Milano’s over the years.

We went to Merrion Square which on that day, as part of Heritage Week, was full of tents with archaeologists talking about digs. Mild interest from the boys in the digging up of dead bodies which seems to have been a feature of laying the Luas lines.

We went to see “Dunkirk”. I did not enjoy it. It was much too loud. I can feel that I am really going to enjoy settling in to later middle age but, seriously, even the boys thought it was too loud.

We went to see Hentown in the Tenement Museum. It was an “immersive, site-specific” experience and it was pretty good – the kids found it reasonably enjoyable too. The best part though was the local kids from the flats who joined in the outdoor element of the play. The actors wove them into the narrative even though it must have been a bit challenging as a gang of four or five youngish boys shouted out their lines with them.

I went to see “Foil Arms and Hog” in the Abbey. I booked the tickets on a bit of a whim as they are supposed to be funny. I hadn’t realised but it was the opening night of the Fringe Theatre Festival. Before it started I had to suffer through two middle aged men in jeans and crumpled shirts telling us all about how having a fringe festival comedy on stage was going to improve the permeability of the Abbey (Ireland’s national theatre where I have seen my fair share of dreadful productions in the past but at least there was always assigned seating – not on this occasion). I was with my sister who pointed out that we were the oldest people in the audience which included the Taoiseach (at only 38, our prime minister is younger than both of us). It was alright, not hilarious, but fine. I would definitely have enjoyed it more though if the rest of the audience had not been paralytic with laughter. I felt I was missing something. God, not only is the Taoiseach ten years younger than me, he’s also more cutting edge and he was in young Fine Gael in college.

We went in to town for culture night. 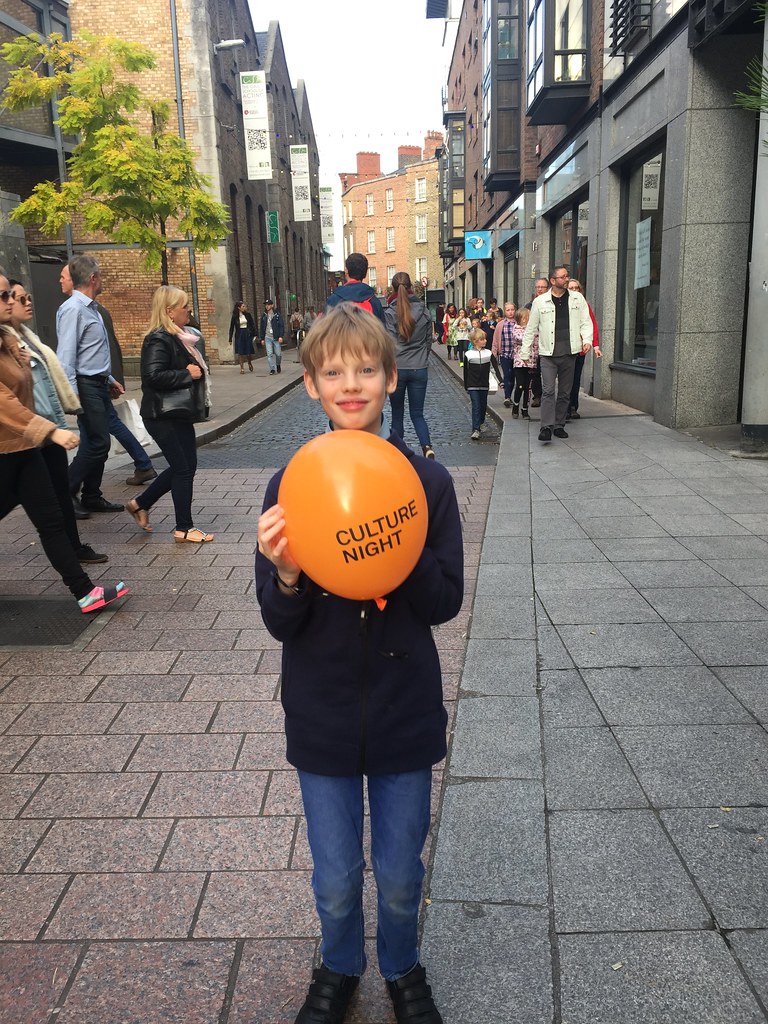 Herself met her friends at the theatre which is owned by one of her friend’s fathers and I noted that it was doing readings from a play by my sister’s boyfriend’s uncle. We almost have loads of arty friends, just at a couple of degrees of separation. We did the obligatory culture night things: we went for pizza, we went to the sweet shop in Temple Bar.

As part of the, entirely optional, cultural part of the evening we went to the Gallery of Photography [great exhibition based on their Flickr account – thery’re part of the National Library] and we briefly partook of the big sing – a karaoke type activity which Daniel and I quite liked but wasn’t for everyone. Most importantly, we got to stay out at night; always very exciting. 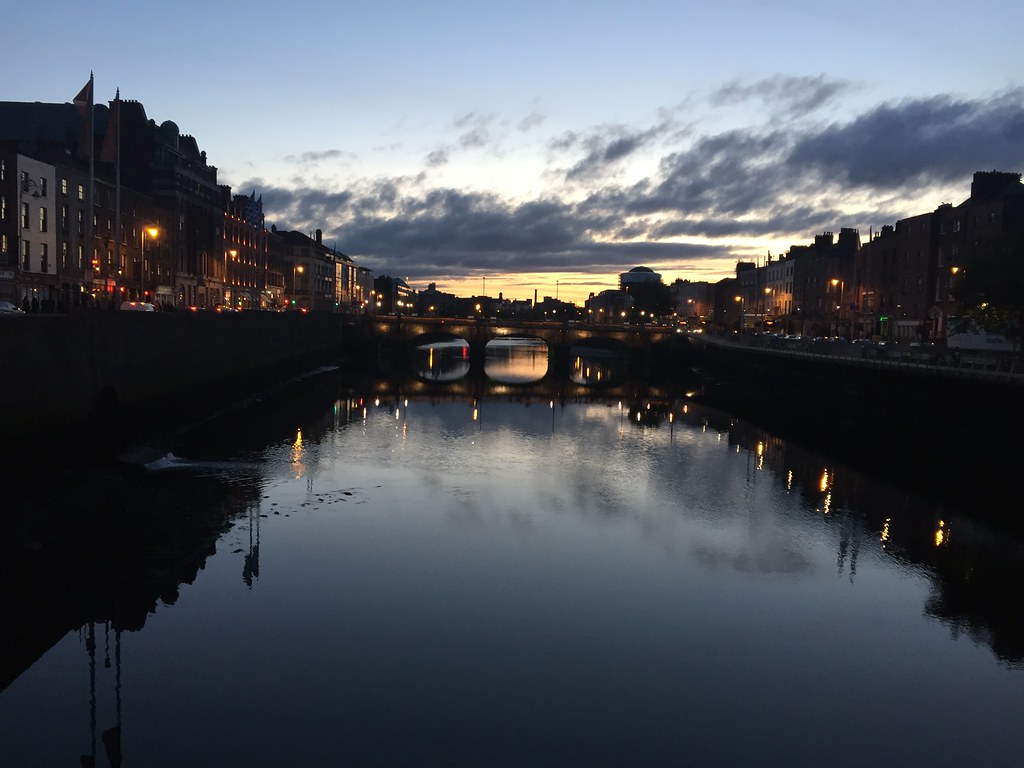 Mr. Waffle’s sister, her husband and her new baby came to Dublin for a week. This was their first trip to Ireland since the baby was born in London. There was much excitement in the extended family and we all got to see the baby for the first time. We had everyone to our house for lunch on Sunday. Here are some tips on how not to prepare for an extended family lunch: do not have your sons go to a film which ends at 1 and from which they require to be picked up just as your guests are arriving (on the plus side it’s part of their new film panel thing and they loved it), under no circumstances let your daughter go to stay with a friend in Wicklow whose father is a Church of Ireland clergyman. I said blithely that of course she could go to the service on Sunday morning showing my cheery ecumenicism, unfortunately, I am not ecumenical enough and I had no idea that the harvest service is one of the lengthiest of the year and it was 2 o’clock on Sunday before I was able to go and pick her up from the train. She had the full clergyman’s daughter experience of going to the farm of some poor parishioner to help with feeding animals as her (parishioner’s) husband was ill and she needed the help. Herself said that unfenced geese are a menace to human safety. She also had to, along with her friend, accompany an unwell parishioner back to the rector’s house for a reviving cup of tea in the course of the lengthy service. It was still going on when she got back. Meanwhile, back at the ranch, despite the hostess constantly departing to collect children, lunch for 15 passed off peacefully, mostly due to the fact that everyone got to inspect the new baby, who was as good as gold, and Mr. Waffle did all the cooking. I have asked herself to, in future, choose her friends from the 1 million people who live in Dublin.

What else did we do?

I supervised Michael and a number of other scouts bag packing to raise money in Tesco. They were more impressed than I expected when I told them that herself had met Baden-Powell’s great, great nephew in Wicklow (if you hang around in C of I rectories, this is the kind of thing that happens).

We walked on the pier in Dun Laoghaire. 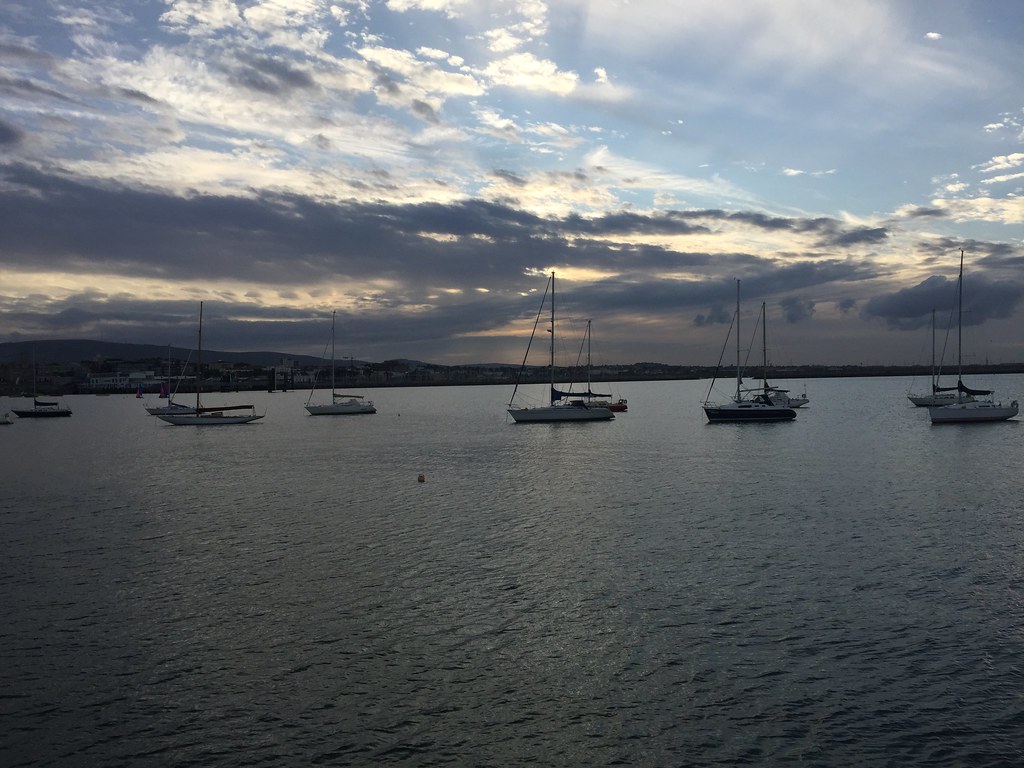 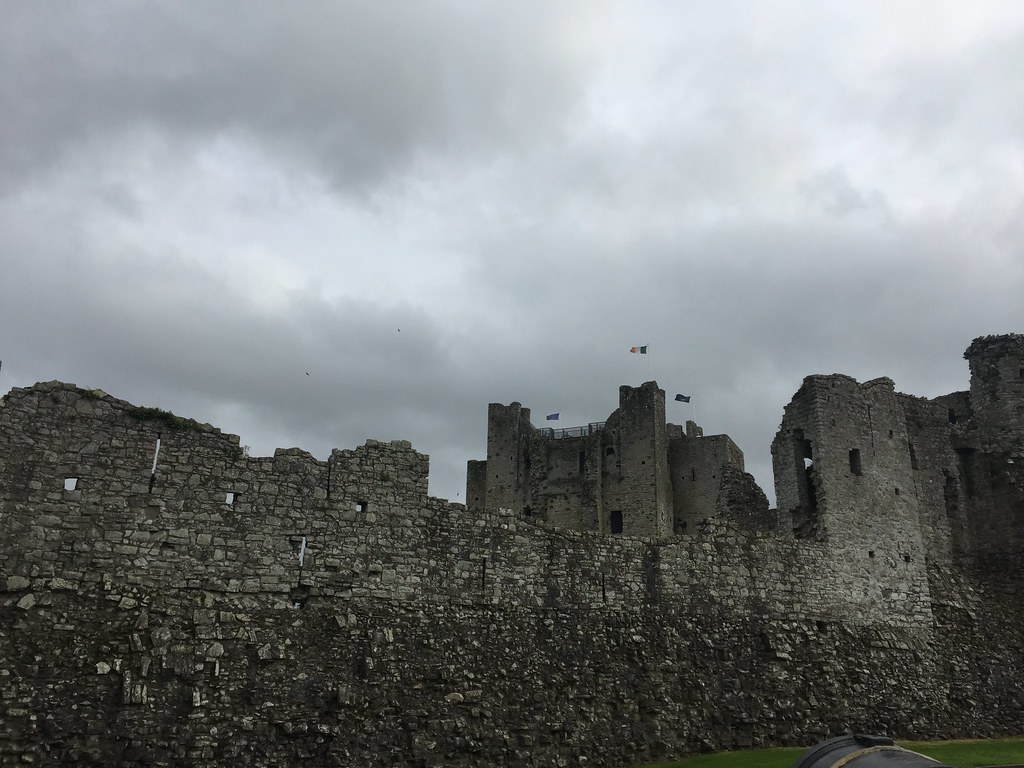 It’s where Braveheart was filmed. They are still very proud of that. The guide, who was about my age, was interesting about how attitudes have changed in Ireland. He went to school in Trim and no one ever spoke to him about the castle or it’s history. It was an Anglo-Norman castle from 1176 and not part of our history. Now, of course, they are falling down with school tours and I’d say there isn’t a primary school child in Trim who isn’t sick of colouring in pictures of the Castle.

That’s a lot of activity, isn’t it? I have, however, just collected Michael from a friend’s house. Friend’s mother and I stayed chatting for a while at the door as I thanked her for having him. “No problem,” said she, “there was another friend here anyway. Actually, we were a bit chaotic today as we were minding a puppy and my brother-in-law was here as well as my sister who is in labour in the kitchen at the moment. We’re actually heading in to the hospital now.” In fairness, that’s a busy weekend.