It’s been a very exciting week here, I can tell you. 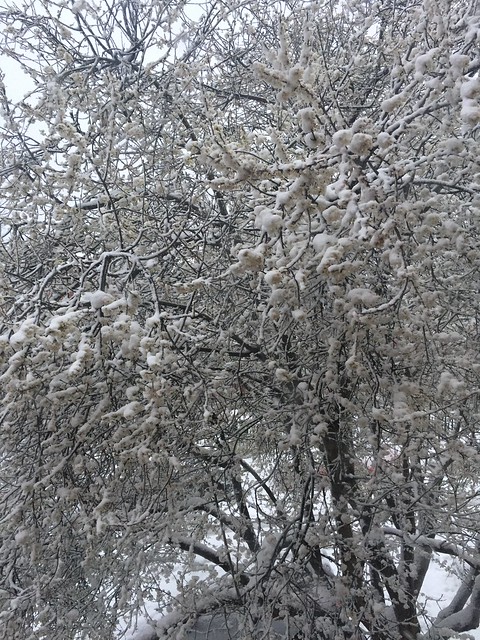 My phone started pinging about 6.30 on Wednesday morning with news that the “Beast from the East” (cold air) was coming, the country was to be blanketed in snow and the emergency planning group were issuing a “code red” (it’s far from code reds we were reared etc). From a work point of view, we were somewhat more prepared than when Storm Ophelia struck last year and able to cascade out to people reasonably readily that they were only to come in to work, if safe to do so. I went in myself and it was eerily quiet. Another colleague and I were the last to leave at the not incredibly late hour of 3 o’clock in the afternoon. Mr. Waffle and the children were at home as school was closed as well. About midday on Wednesday we were able to confirm to everyone at work that offices would be closed for Thursday and Friday also – it was a bit of a weight off my mind as I had a hideous vision of last minute calls Thursday and Friday morning. 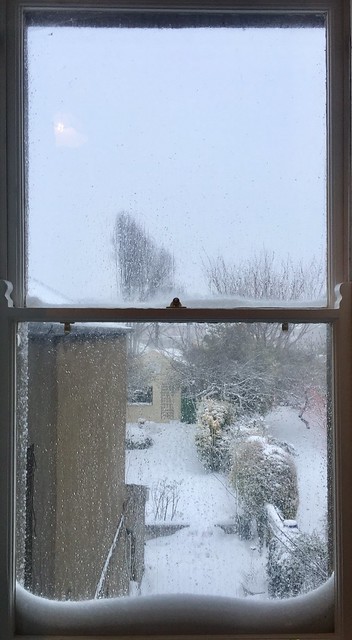 We had a lot of snow. Herself is still recovering from a cold and hasn’t left the house since it started. Michael did venture into the back garden and out onto the road and today, with some prodding, to the park around the corner. Daniel went (somewhat) further afield and was rewarded by an opportunity to throw snowballs at the neighbours’ children. 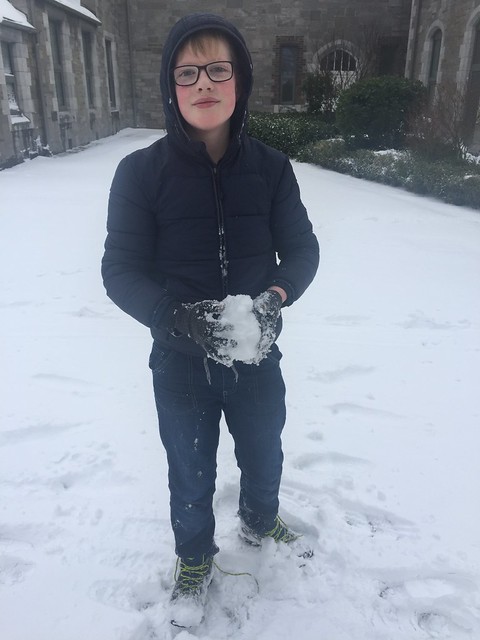 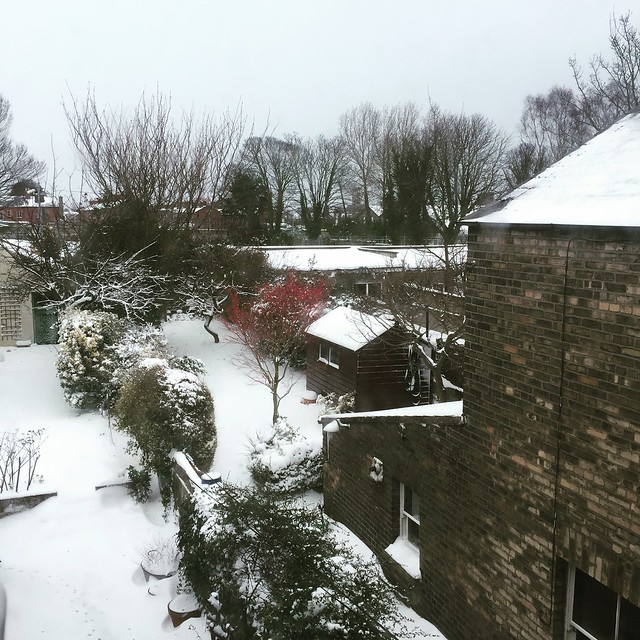 Mr. Waffle and I walked in to town which was full of bewildered tourists but otherwise, pretty closed and empty. 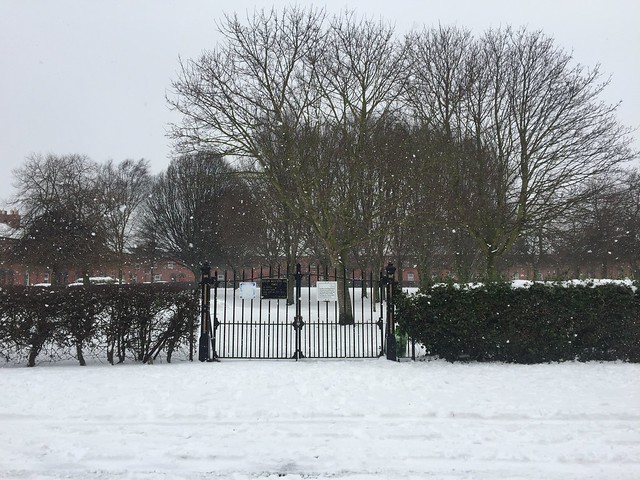 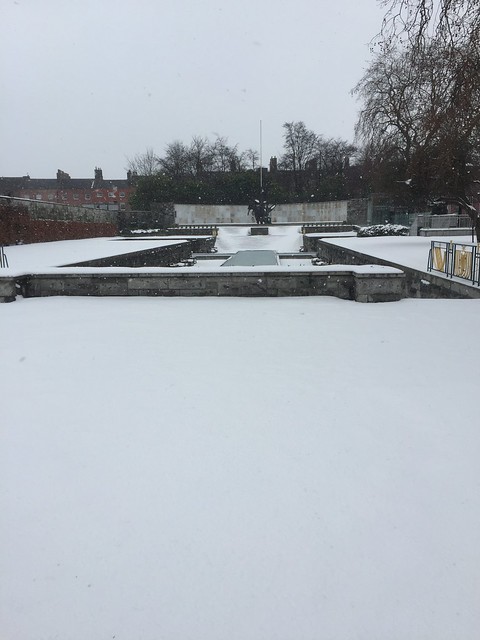 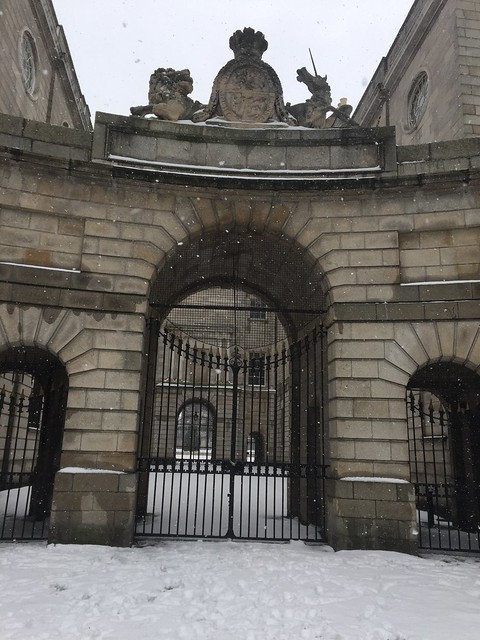 We have managed reasonably well. We had sufficient food including strategic bread stocks. We did run out of briquettes but Mr. Waffle chopped up some wood that was in the shed and that’s got us through today, along with the central heating.

Yesterday we watched “The Big Short” and now we all know what a synthetic CDO is so we certainly haven’t been wasting our time. We also tidied bookshelves, shelves in the kitchen, baked, worked a bit, finished homework and put away laundry. It’s all passed off very peacefully. The cat hates the snow though. 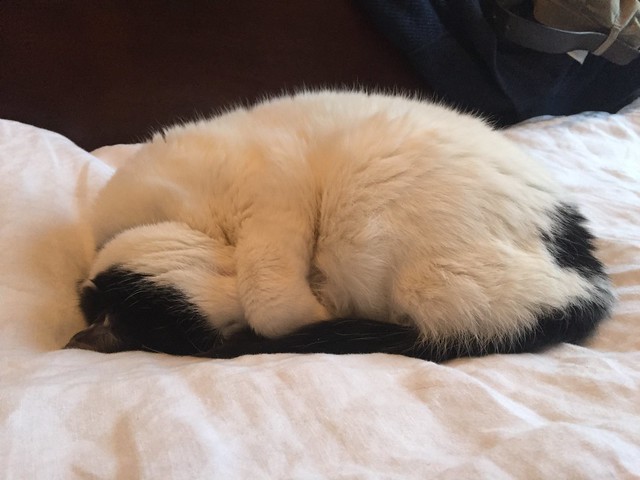 Was there snow where you are? How was it?

Updated to add: Mr. Waffle trekked across the city on foot last night to attend a party. At the top of the road, he was hailed by our butcher. The butcher and two of the lads in the shop had been unable to go home due to the snow and they were staying in the B&B at the top of the road (he has some kind of contract to deliver nursing home food apparently and when they got back from doing the delivery, there was a queue of 20 people outside the shop and he felt obliged to open up and this was his undoing). When Mr. Waffle met them, they were venturing out in search of amusement having exhausted the limited entertainment offered by the B&B – apparently they had been reduced to playing chess on a Friday night and were mildly hoping for something better.