Today is my mother’s birthday. I thought about her a lot today.

I went to Cork for 24 hours. I brought my bike with me. Somehow I always forget how hilly it is. When I use the Cork bikes rental bike scheme, I tend to stay in the very centre of town but if you venture outside even a small bit, it’s all up hill and down dale. This brings its problems (my parents’ house is halfway up a hill, I walked up it) but also its joys (I freewheeled down). I cycled out to the cemetery which google maps described as a ten minute cycle from my parents’ house. Optimistic.

I bought a St Brigid’s cross from an enterprising young man who was selling them in town for two euros a pop and put it on my mother’s grave. She’d probably have preferred daffodils but they would have been unlikely to last as well. 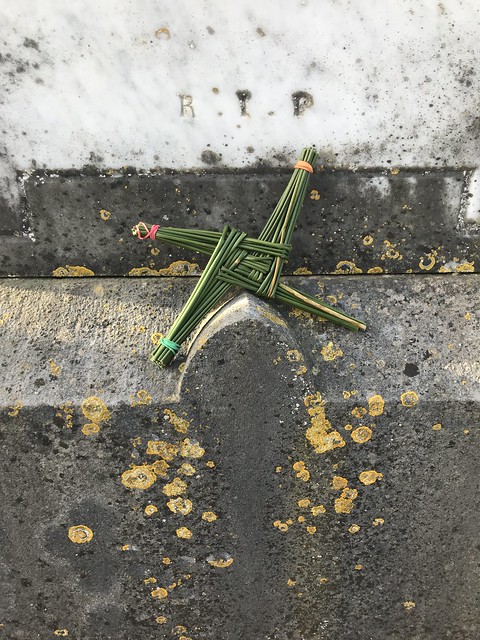 It was a beautiful afternoon and felt very springlike after a long miserable winter. I had a wander around the graveyard and enjoyed seeing the 19th century monuments to various Cork families whose names are still part of the life of the city: Sisks, Cantillons, Suttons. Close to my mother’s grave is this monument to a man who died rescuing an old lady at the railway station in Kilmallock. As my mother grew up in Kilmallock, I like to think that she might have known the story even if it was in the 1890s. I presume it made quite a stir at the time. 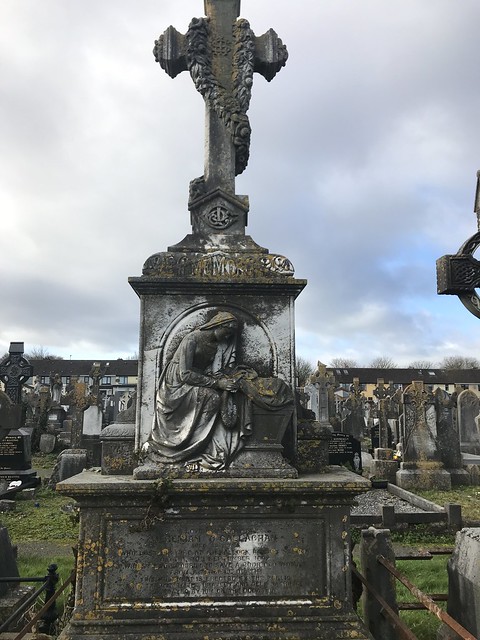 I also enjoyed this rather notiony grave monument erected by public subscription. 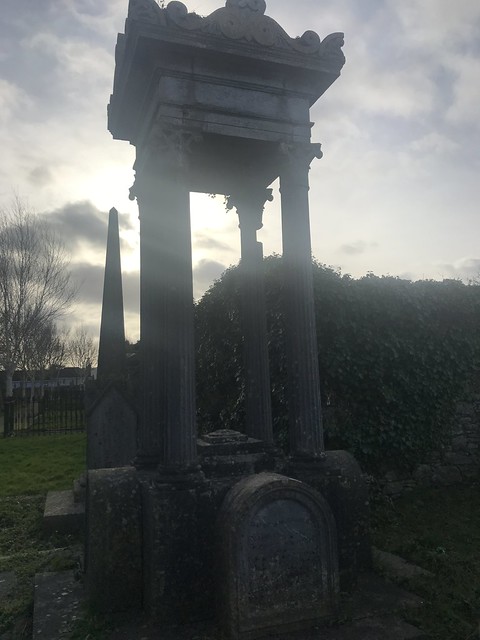 It may not be apparent from the picture but they’ve gone for Ogham script on the tablet. A challenge for those of us not as up on ancient celtic scripts as we might be.

I had seen Fr Matthew, Apostle of Temperance and the man who established the graveyard in the Crawford Gallery earlier in the day. 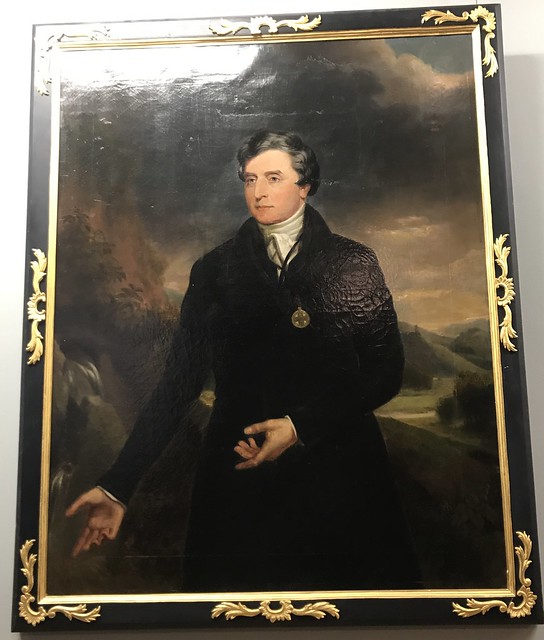 I dutifully inspected his grave in the afternoon. 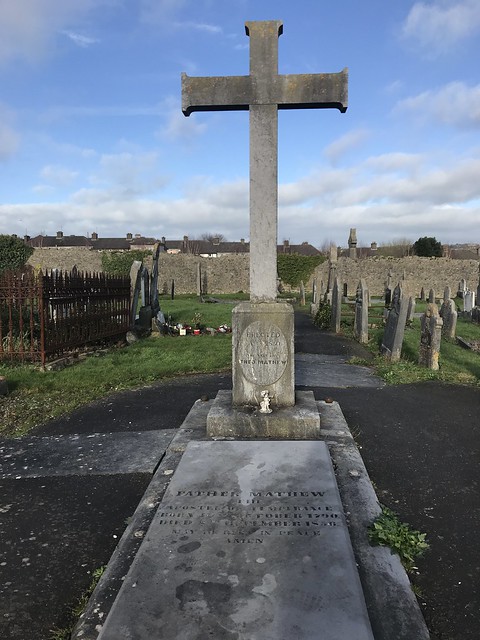 On my way back to the house, I passed close by a building which I had often seen from North Main Street and my father told me was called, I think, Callnan’s folly (although the internet returns no matches which makes me dubious). It was the centrepiece of pleasure gardens, now long gone. It is a bit underwhelming close up. 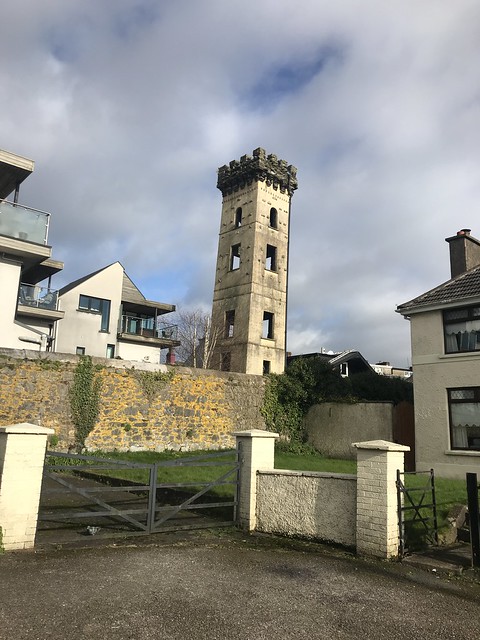 I had quite enjoyed my trip to the gallery earlier in the day. The sculpture gallery was very perky in the sunlight. I admired the Dead Christ who had scared the living daylights out of me when I was a child. Cissie (who minded me) had taken me to see him in the South Chapel; due to the pretty impressive marble work, Cissie’s turn for drama and my own imperfect understanding, I was under the impression that it was the actual dead Jesus encased in marble. This theologically unsound position made me refuse ever to go back. I was extremely puzzled and a tiny bit unnerved many years later when I saw the exact same statue in St. Theresa’s Church in Clarendon Street in Dublin. It was only relatively recently I discovered that Hogan made several versions. I won’t be fooled if I ever end up in Basilica of St. John The Baptist in Newfoundland. 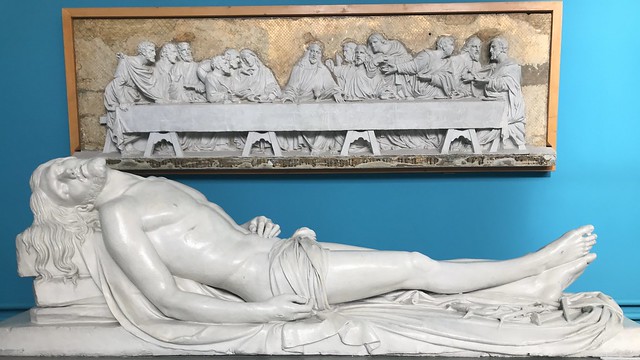 I raided my parents’ house for some Agatha Christies for Michael who expressed an interest in reading more of them having had a couple from the library. I picked up some Arthur C. Clarke as well – my mother’s copies, she loved science fiction – and more in hope than in expectation that any of us are really going to read them, some Chekhov short stories (also my mother’s, she was a big fan of the Russians, she had eclectic tastes). 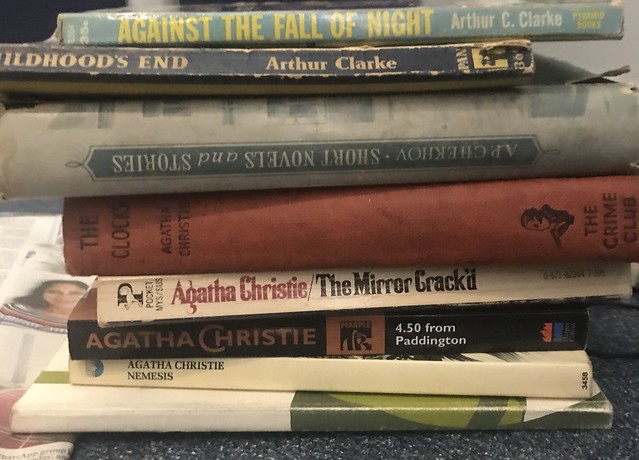 *”Anois Teacht an Earraigh” is the first line of a very famous Irish language poem that everyone in the country had to learn in school. My mother used to quote it at this time of year. The line means “Now, Spring is Coming” and the poem is a celebration of the start of spring and St. Brigid’s day, February 1, my mother’s birthday.