We are definitively all working from home, you need a letter to come in and only three people in our division are deemed indispensable and happily I am not one of them.

My sister managed to spring my father from hospital. I was so relieved and delighted. He’s not very well but at least he is out of Corona virus central. Quarantining is complex. My brother, who lives with my parents, is in one part of the house and he is in self-isolation after his return from France. My sister is moving home to look after my father and go into isolation with him for a fortnight after his exposure to the virus (March 19). They will be in another part of the house and disinfectant wipes will be a big part of everyone’s lives.

After work, on Monday evening we went and played basketball on a local court en famille but Daniel is so much better than the rest of us that it is only fair if we play 4 against 1 and even then, he’s more likely to win.

I had my Monday night book club online. Another win for the bookclub. Nobody talked about the book and only one person had read it. Nevertheless we are moving from a monthly to weekly bookclub for the duration. We did this via Microsoft video conferencing which I declare to be less satisfactory than zoom.

I tried to set up a zoom conversation with my brother and sister for later in the evening but my brother refused to take part as he was meeting up for virtual drinks with his friends. Where will it end?

The hook which holds the elastic on the Princess’s teeth snapped off and the wretched orthodontist did not reply to emails or calls. My own dentist replied with admirable promptness and texted me immediately to say that his view was that she should take off all elastics and her treatment would be extended for however long the crisis took although he caveated he was not an orthodontist. He is sensible though. She is gutted and also has put blue tack on the sticking out hook to reduce the pain. Miserable? Miserable.

Herself said to me that Whatsapp is a very panicky medium and never was a truer word spoken. My phone is filling up with worthy middle class, middle aged suggestions for myself and my children to achieve online during the crisis and it is mildly stressing me out. Meanwhile Daniel’s GAA team have been given a series of exercises to do every day and his team mates are posting themselves doing the exercises to the Whatsapp group. This is stressing out poor Daniel.

Mr. Waffle finished Daniel Defoe’s “A Journal of the Plague Year” and said it’s not great. Reading the hard books so we don’t have to. Despite considerable pressing by me, no one is willing to read “The Siege of Paris” even though I read out some of the best bits over breakfast. Possibly becuase I read some of the best bits out over breakfast. Not feeling much up to new books so picked up “The Grand Sophy” by Georgette Heyer for a reread and was pleased to see that my mother had written her name and March 1965 on the flyleaf and I thought fond thoughts of her picking it up for the first time 55 years ago.

Mr. Waffle found what he thought was another dead rat in the utility room. On closer examination he felt it was some cooked food the cat might have scavenged from a bin. In any event he disposed of the…item and cleaned the floor with bleach. Did I mention that while I am in stately isolation in the study/dining room, Mr. Waffle is working in the utility room or the rat hole as we now know it. In my defence, I am videoconferencing all the time.

When you have 2 adults and 3 teenagers using broadband for class streaming, video conferences and other internet related excitements, you have mediocre connectivity at best, it turns out. We’re all learning. The Princess’s English teacher failed to show up for class leaving them all sitting there like digital lemons.

We made more bread. 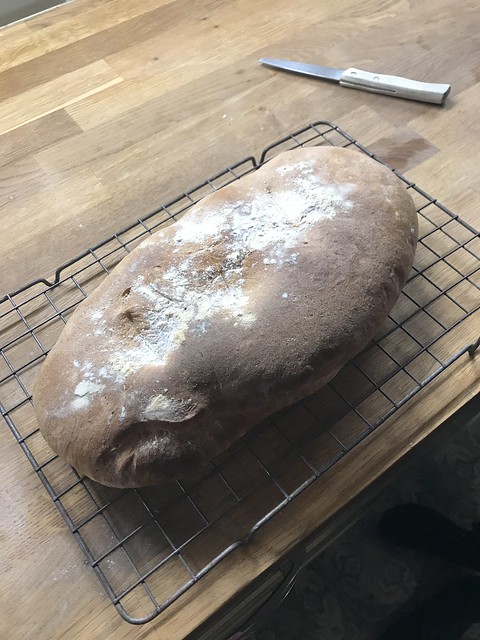 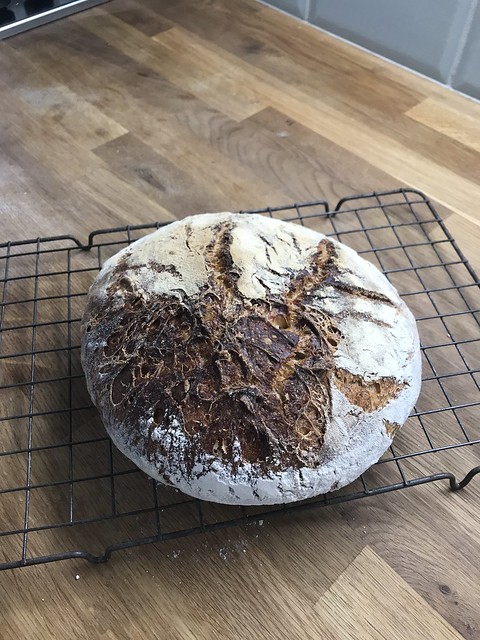 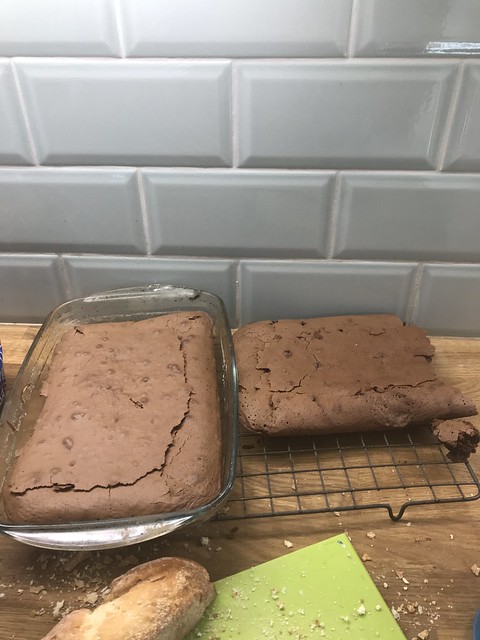 For an outside exercise break, I made Michael clip the hedge. I am justifiably proud of my efforts. 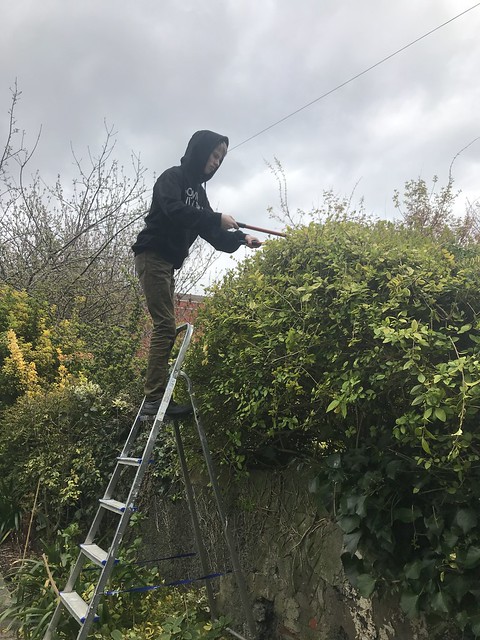 Mr. Waffle reorganised the contents of the random chargers box. 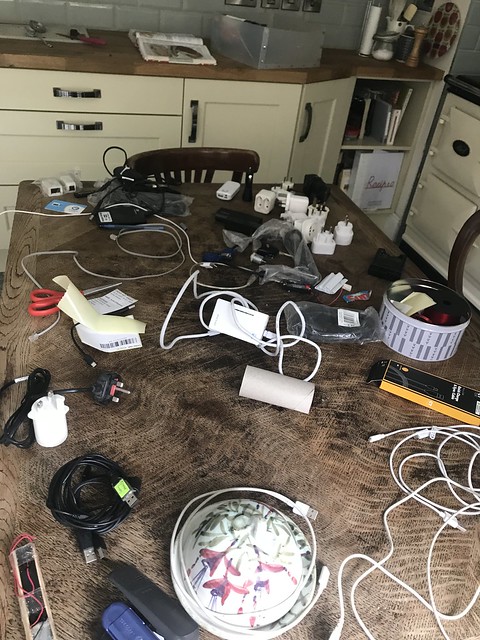 Mr. Waffle and I went for a walk and admired the deserted streets of the city. Not that deserted, actually.

I can see a lot more of this kind of fascinating content being available.

God, work was absolutely frantic. Michael missed a zoom class for school. The Princess’s teeth continued sore and no sign of the wretched orthodontist calling. My bread failed to rise. I had a little cry as it felt like I was failing at work and at home. It was a low point. I was somewhat cheered by this video.

Thanks to the neighbourhood whatsapp group, I now know the names of everyone on our street and the DVDs and books they have available to share. GDPR, how are you?

At the end of the day, Mr. Waffle, herself and myself were going to go for a walk but I skipped it to deal with the latest work crisis. Possibly a mistake.

My sister’s company might put her on a three day week. She’s reasonably philosophical.

We’re all a bit worried about my mother-in-law in her nursing home. My brother is finally out of quarantine after his trip to France.

Rentokil did not turn up. The neighbours explained that they had come last week to lay poison and now they are coming back for the corpses/to check if it worked and it seems this is less urgent. But yet.

On the whole, a much better day. I started putting my work mobile on silent over lunch and it improved my life by 100%. At lunch time I walked to the bottom of the road, alone in the rain and it felt like quite the break. Dear God. The days all feel a bit the same. I never thought I would miss going in to the office, but I do a bit.

My sister skyped with my father and me. A much more successful operation than I had imagined possible. He looks a bit beaten down by his hospital experience but it was really nice to see him.

The Princess, Mr. Waffle, Michael and I went for a walk while Daniel slaved over his books – he seems to be getting a lot of homework. Michael went back after 10 minutes having been forced out so, at least Daniel had company.

We found another dead rat in the garden. The rat plague is like a Greek chorus to my pandemic woes. You’d be surprised how many people have had rat problems, may I say?

In other good news we got a partial refund for the money we’d paid for the Princess’s school tour to Barcelona having already gloomily written it off.

Herself is testing out new make-up options. 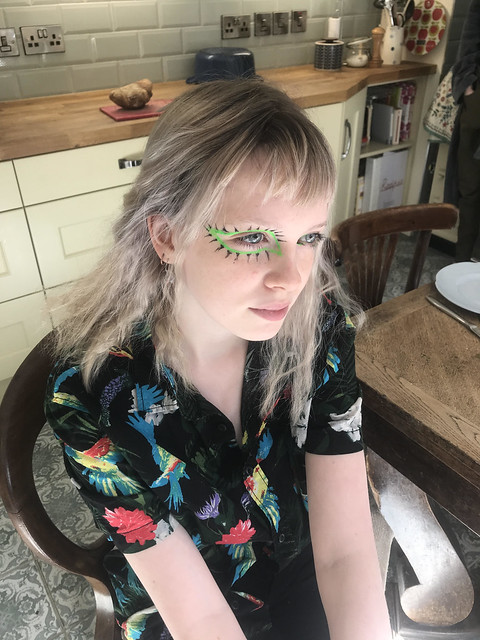 We’ve started watching an Australian series called Rake with the children. It’s deeply inappropriate but it’s the only thing we all like so we’re going to stick with it. Judge away.

My father finished his quarantine, he officially does not have the virus and my sister got to sleep in her own bed so a win all round.

Work continued busy but I was on a half day and got to take it which was terrific. Herself made pancakes at 4 and we all sat down and ate them. My sister’s company is not moving to a three day week after all, apparently. She’s taking the chopping and changing very calmly.

Mr. Waffle, Daniel and I went to play table tennis and then I went off for a cycle on my own which was calming. 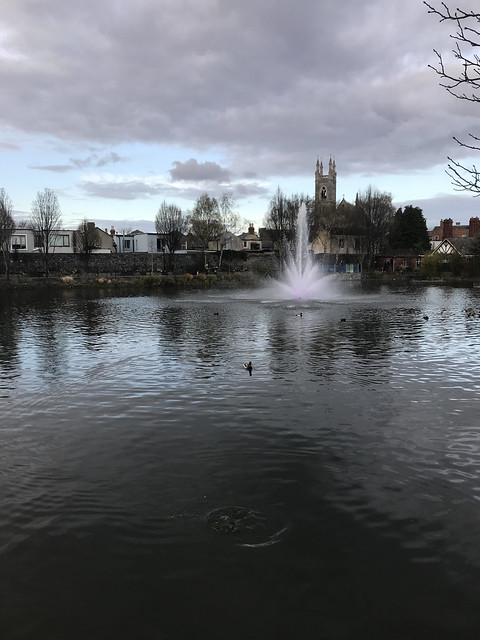 We skyped my mother-in-law in the nursing home. Not a great experience for her I feel but we sang from our repertoire of songs and she seemed somewhat appreciative.

There was more hedge cutting. The garden is going to be amazing when this is over.

Online preparations continued for what herself is referring to gloomily as her “quaranteenth birthday”. She’ll be 17 on Easter Sunday.

She and I went for a long cycle in the park together and really enjoyed ourselves which was a surprise to both of us.

We played online games via zoom. Some unhappiness but basically a success, possibly to be repeated.

More eggs from the neighbours. I see further cake making in our future. 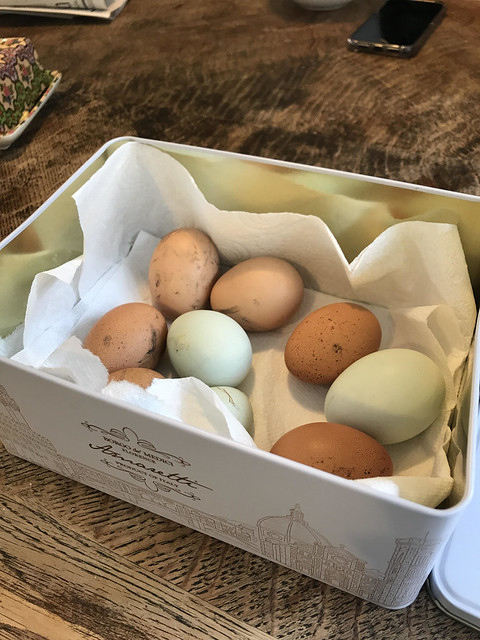 It’s so odd not to be going to mass on Palm Sunday and the prospect of all the Easter preparations without setting foot inside a church.

At the initiative of my sister-in-law in London, we’re having a family bake off competition to conclude on Monday, April 13. There had better be prizes for everyone is all I can say. Also, special prize for anyone who successfully uses coconut flour.

Online Sunday book club again. Satisfactory. Also a quick walk with Mr. Waffle. No exercise for the boys. Alas. On the plus side, we all did our jobs on the cleaning rota and the house is spotless.

Herself maintains she hears rats under the floorboards in her room. Surely not?

I’m afraid all this content is dull. But things are dull and a bit stressful, I fear. How is your own quarantine going?