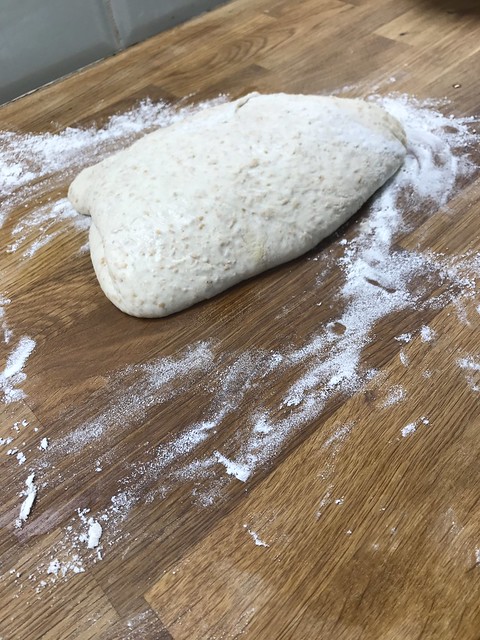 The hard egg was deployed. She grated it over egg (baffling) and pronounced it tasty. 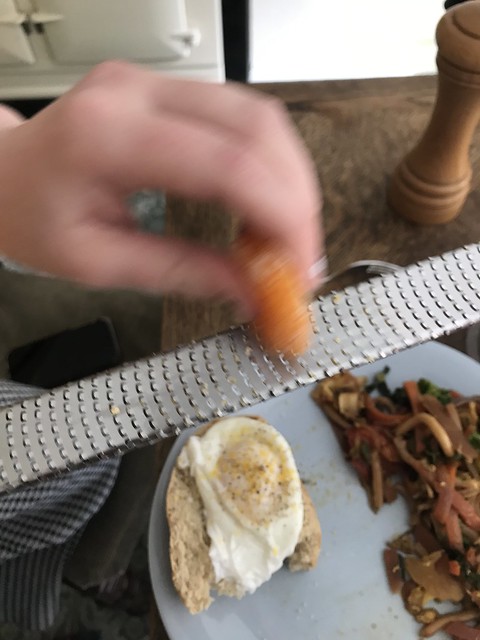 The cleaning rota continues to hold good. As the person on miscellaneous duties this week, I, inter alia, cleaned the fanlight over the front door and I am very pleased with myself. Small pleasures etc.

I have noticed that the dishwasher is now always full. This is annoying but, I suppose, inevitable. I spoke to my father on Skype. He didn’t enjoy it much. I have yielded to the inevitable and joined the neighbourhood whatsapp group.

Once I’d mowed the heads off the impressive dandelion crop (miscellaneous duties), Mr. Waffle and I sat in the back garden and did codewords puzzles. He has mastered the cryptic crossword in the Irish Times and when this is finished he has fallen back on these. Hard copy delivery of the Irish Times every day is proving a very worthwhile pandemic investment. 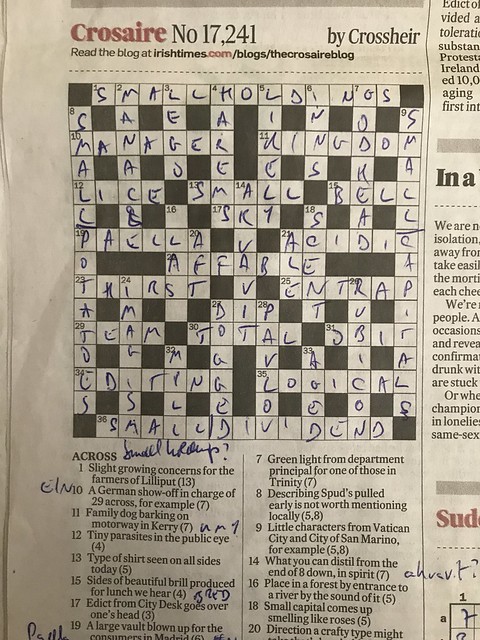 As we sat in the back garden listening to birdsong and the more distant sounds of neighbours disporting themselves, Mr. Waffle said to me, “Is this what you imagined the soundtrack to a pandemic would be?” I suppose not. 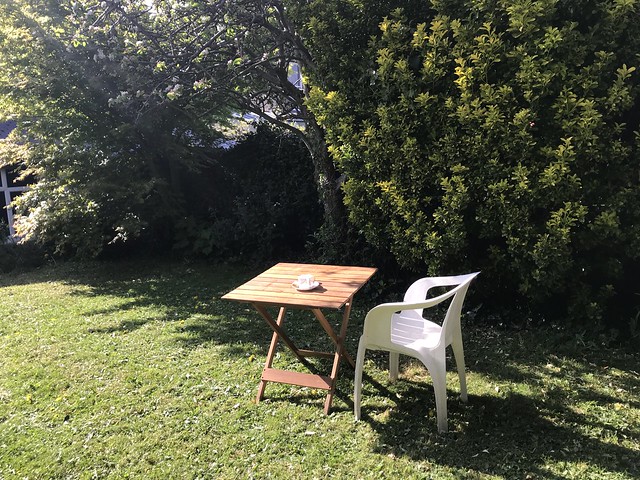 In the early evening I went for a walk while talking on the phone to my sister. I talked to her about planting a tree for my mother in the garden. “I was thinking maybe a magnolia,” I said. “Well, you could,” said my sister, “but it might be a bit of an insult to her memory as she never managed to grow the magnolia she bought and she was quite annoyed about it. She blamed [our brother] for killing it with the football.” Back to the drawing board. 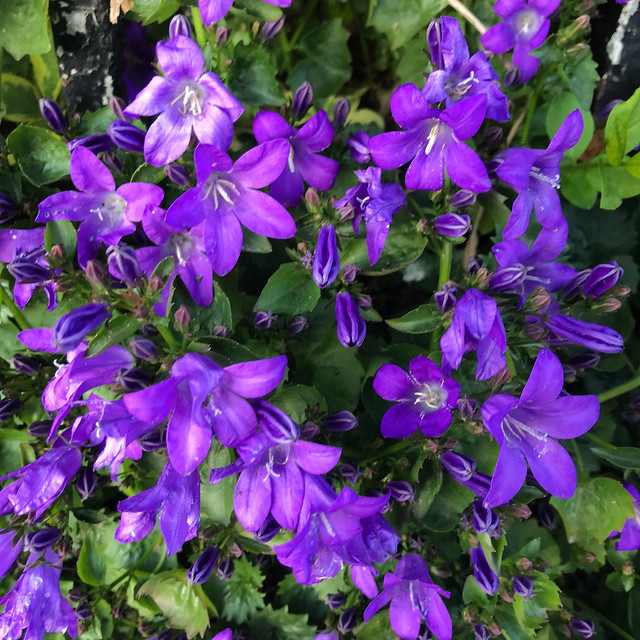 This is the end of the Easter holidays. Not a huge difference from the actual Easter holidays. The children are getting homework set again. The boys had a lot to do over Easter for the exams that they are not now going to have. I do feel for them. Meanwhile, herself is in despair a bit over maths; her teacher has been reasonably good, I think but she feels that maths and applied maths do not lend themselves to home learning. My poor children.

Honestly, working from home is work with all the fun bits stripped out. Nose to the grindstone all day with hardly a break from conference calls and other delights; barely even time to grab a cup of tea. Poor children utterly neglected between 9 and 7. Commute is short though, so there’s that.

Herself made her first sourdough loaf. Not what she was hoping for but we will persevere. Are we downhearted? A bit, to be honest. As she said herself, “Like Easter Sunday, 1916, only a partial rising.” We have given some of our sourdough starter to the neighbours. We await hearing about their efforts with interest. 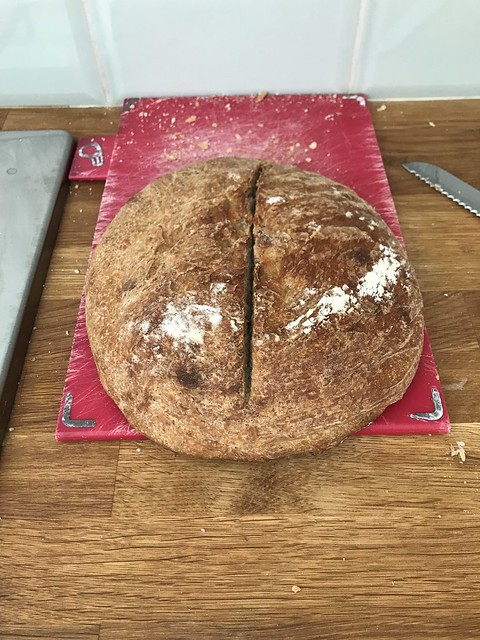 I had my Monday night bookclub online again. I don’t know what I would do without it.

Mr. Waffle had the University Challenge final ruined for him by seeing an interview with the Irish guy on one of the teams on the news before we switched on our recording. The team with the Irish guy won. He didn’t seem to play a big role to be honest. I notice no women in the final, yet again. We live in a changed world but some things are unchanging.

Work is still unpleasantly busy. It is unpleasant. I do feel it would be much easier to manage if we were all back at our desks in the one building.

Here are two things that I thought I would love:

Here are two things it turns out, I do not love:

In my defence, I don’t think, that I had a classic experience of either of these things. When the children were small, I was living in Belgium, far away from relations and all my friends were at work. When you have small children, you really appreciate your relatives.

I can see working from home being good if you could go into the office from time to time; if you were alone at home; and if you were not worrying about the health and economic aspects of a global pandemic.

Meanwhile, I sent my receipt for physiotherapy to the VHI (my health insurer). They wrote back and told me that the receipt was insufficient for them to verify that the physiotherapist was registered with the relevant body. I contacted the clinic; they sent further paperwork; I submitted it to the VHI who have just written to tell me that my policy does not cover physiotherapy. I feel some intermediate work there could have been cut out.

I bought myself new measuring spoons from Danforth Pewter in Vermont. I got my last set 13 years ago when we visited my friend in Vermont so they’ve lasted pretty well but one of them has gone missing mysteriously. I spent a good while on to Cathy in customer service (they do not generally ship outside North America, it’s complicated) and I have to say, these Americans, they do a great job in customer service; she was a delight. I await my new measuring spoons with the same sense of excitement and anticipation that was formerly reserved for a weekend away.

I played basketball in the garden with Daniel and got hit in the face by the ball. Twice. Unsatisfactory. One of our neighbours has swept the lane behind the houses and put up a basketball hoop. When this is over, Daniel will be able to play basketball in the lane with the neighbours’ children, which is, I suppose, a corona virus dividend.

Daniel and I went for a cycle in the park which was fine but over familiar.

We cracked open the 5 kilo pack of fusilli that Mr. Waffle bought at the start of the pandemic. Unnecessary, in retrospect. 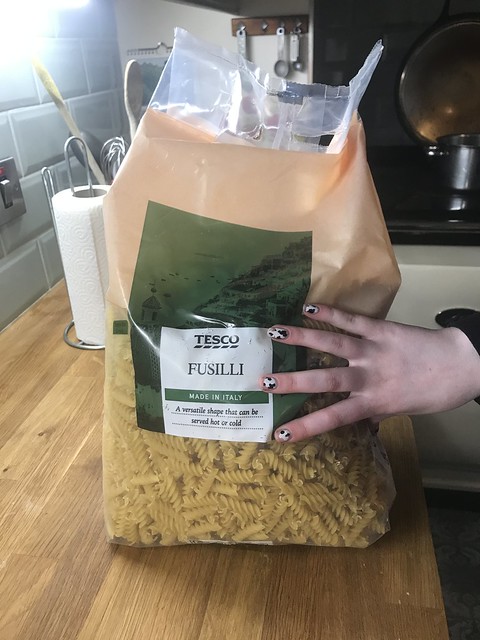 God, work is going to be the death of me. And the broadband was a bit dodgy today. And this chair is not designed for sitting in all day.

In exciting news, our projector arrived. Herself is hunting through cables trying to get it to work. Let us hope that we get it sorted for the weekend.

I bought some fancy tea to improve my working from home environment.

The Princess, Michael and I cycled around the park. Michael and I had to cycle round twice because he lost a glove. We found the lost glove but I am definitely tiring of the park.

Daniel, the Princess and I cycled to the fancy bread shop before breakfast. Roads are a bit busier than they have been. Quality of baked goods was pleasingly good and we got two kilos of flour as well.

My fancy tea arrived. It has not significantly improved the quality of my working day, thus far.

Herself offered to spruce up the utility room to make it a nicer working environment for her father (he hadn’t noticed any problems).

Mr. Waffle and I went out for an evening walk. At least it’s fine, I suppose. And word from my mother-in-law’s nursing home is positive. It could be worse.

Work is going to be the death of me. Another half day that didn’t materialise, I might as well abandon my Friday half days and get paid for my work on Friday afternoons. Sigh.

Highlight of the working day was lunchtime when herself performed an interpretative dance showing her father’s sentiments when people come into the kitchen when he is working there (occasionally, he has to venture out of the rat hole/pretty large utility room when he needs internet access – despite boosters, we continue to pay for internet access in the front garden but not in all parts of the house).

In recognition of the pandemic, I have sanctioned purchase of Crunchy Nut Cornflakes. I went to try a bowl myself and was slightly put off by the label affixed to the packet. 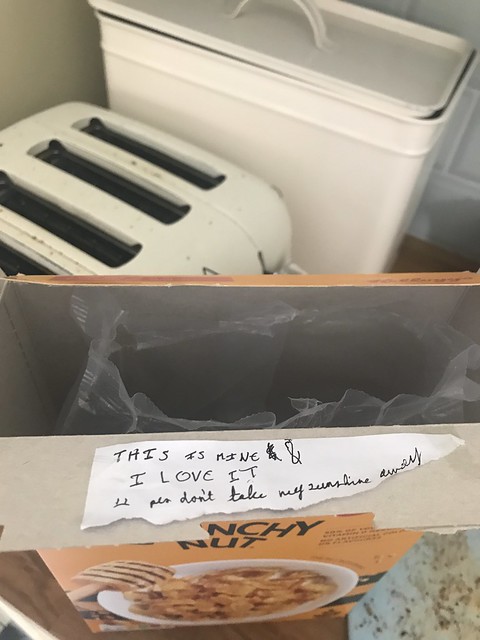 The screen for cinema night arrived and herself promised to make dinner. She made a really excellent risotto. After dinner we retired to our new home cinema. We laid in extensive snacks. V exciting. The only difficulty was our complete inability to agree on a film. We watched “Easy A”. It is not suitable family viewing. Suggestions for next Friday’s viewing very welcome. 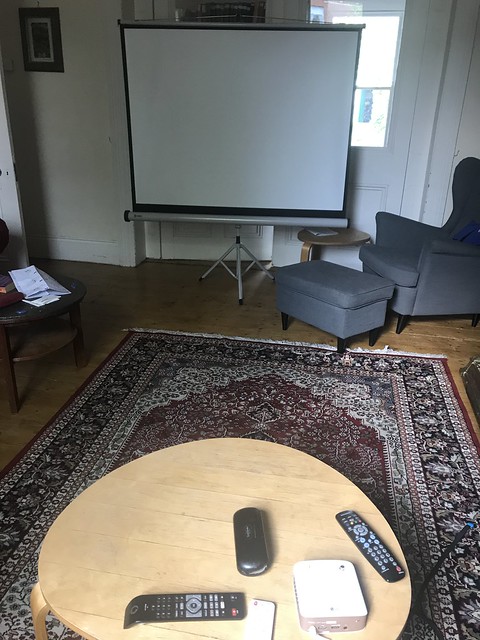 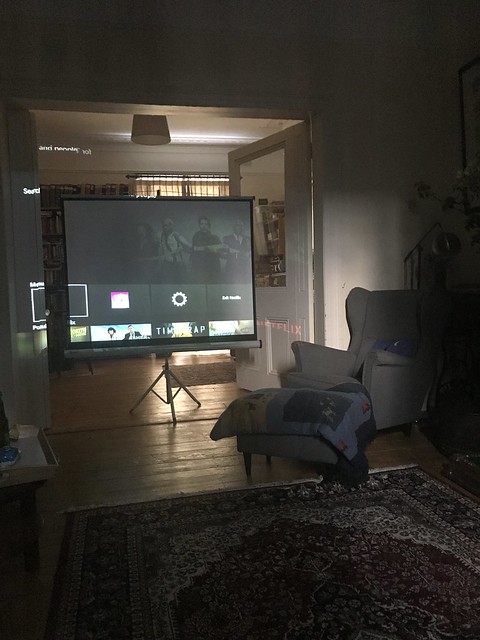 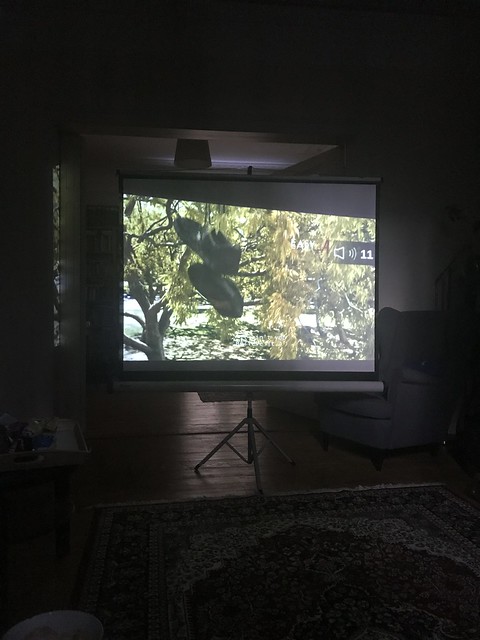 I made croissants in a can for breakfast. Not bad at all, all things considered. The paper was not entirely cheering on the question of ending lockdown. 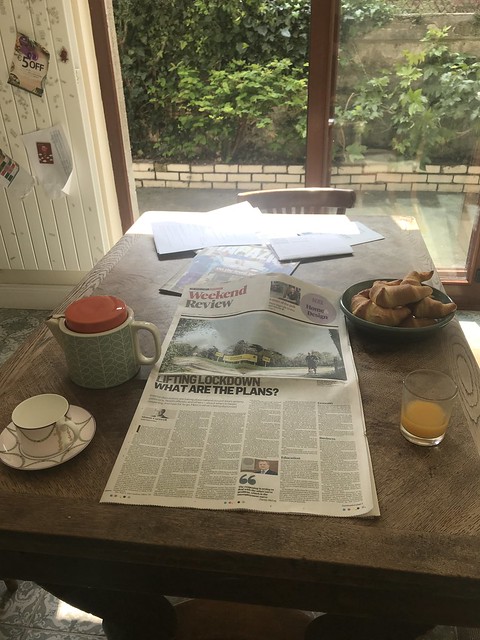 It was a nice day and we spent much of it in the garden further cutting back foliage. Until the compost bin collapses a bit, there is no more scope to cut back anything further. Meanwhile there was a neighbourhood wide clean up of the street and the lanes. It’s absolutely immaculate out there. I made more bread.

We were hosts to the quiz on the road. The children ran up and down to collect answers from the neighbours as rounds were completed. Some with more enthusiasm than others. I was vindicated in my belief that not everyone knows the Argentine flag. It required a great deal of organisation but we felt very virtuous afterwards.