I went for a cycle on my own for an hour. The weather was pleasant and it was nice to be out.

Having deferred cleaning to today, we all dutifully did our cleaning from the rota after lunch. Cleaning the house is tedious, there’s no two ways about it. But effective. Top tip from me, do not use a cleaner with bleach on a stainless steel hob.

Mr. Waffle and I read in the garden for a bit. We’re both re-reading. Some of us have chosen more challenging material than others. 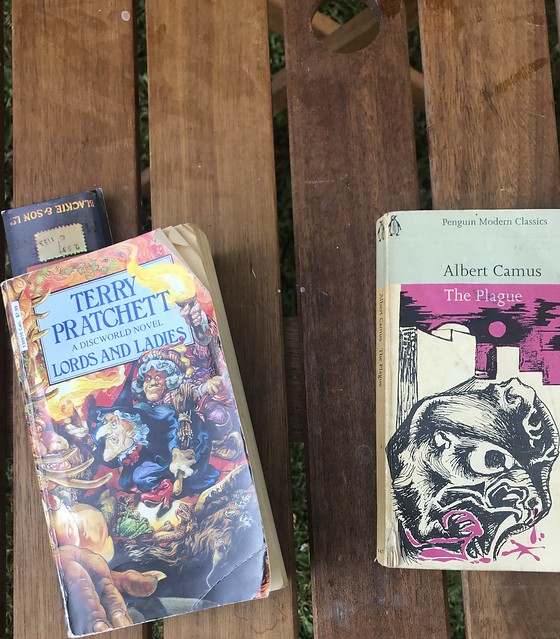 The neighbours gave us half a dozen eggs over the wall. Speaking of hens, I don’t mean to tempt fate here but I think our rat problem may be resolved. Fingers crossed, eh? 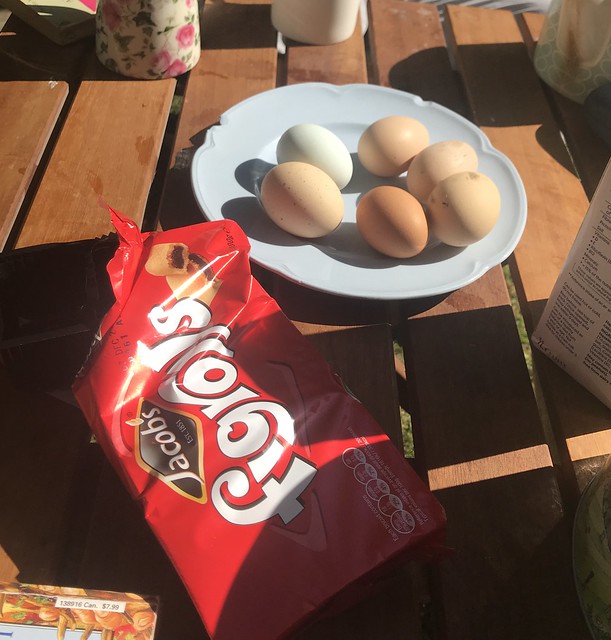 My sister has started making candles. Really not sure where this will all end.

The children have the day off school as it’s the founder’s day. This is the first time in years herself hasn’t been organising and/or speaking at a schools’ conference. My sister asked why not an online webinar but herself said, wisely, “No one wants that.” Mr. Waffle took the day off work also to tend to the children and take them away from their electronic devices.

I got a call from my brother asking how to dispose of a dead bird. All part of the service. He doesn’t have a cat; I can only assume that he stalked it in the garden and carried it off in his strong jaws.

Mr. Waffle spent 3 (!) hours playing Risk with the boys in the afternoon. He is the best father. Herself and myself went for a cycle to a village at the edge of our 5km zone to celebrate our extended containment zone. Quite pleasant too. 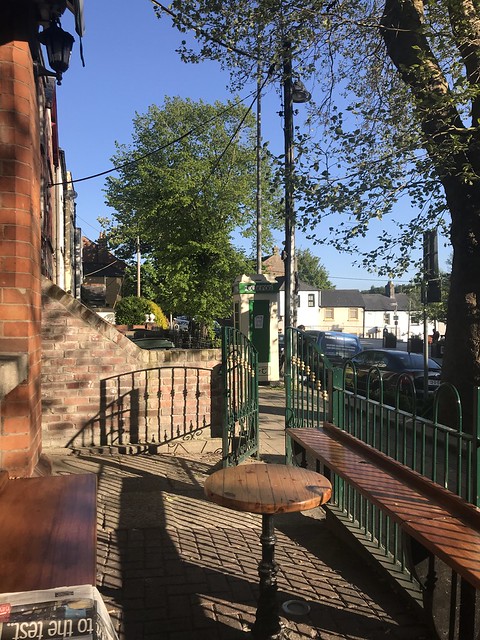 My father was released from hospital again. Somewhat improved. I hope he’s well enough now to stay out for a bit.

Back to the grindstone for the children. Online school is slowly killing them. My poor, poor children.

Our google calendar is quite empty. It is very strange. I can’t quite understand how we managed to fit in so much stuff in what I think I should start calling “the before days”. We appear to be in the process of acquiring a milkman. As we get through 16 litres a week, I’m hoping this will be worthwhile.

I cycled out to our nearby village again. Unaccompanied which was fine. I met a friend walking in the park on the way back which was very exciting and we stopped for a good long socially distanced chat. 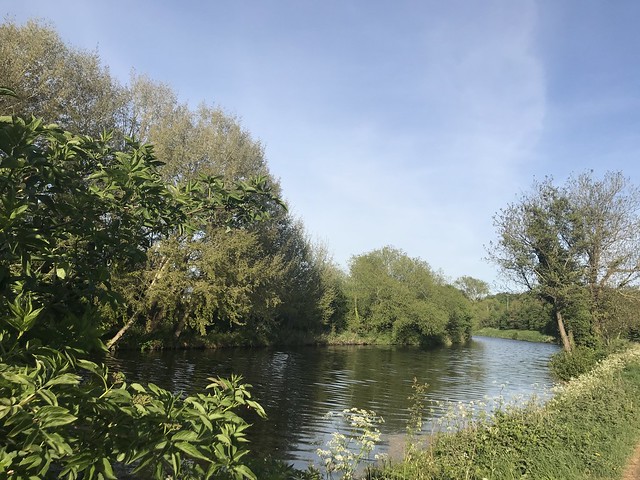 Herself has set up her own online shop where she is selling her clothes second hand. “I’m selling a lifestyle,” says she. Her experience of capitalism has been exciting. She nearly expired when she found she had to pay €8 for postage. “That’s nothing, imagine if you had to pay staff costs,” I said. “Mmm,” said herself, staunch critic of Amazon’s policy on unions and part of the reason we try not to buy any Amazon stuff, “who needs unions, we’re family, I will look after you.”

The capitalism experience continued. She sold all her items. She packed them, she added free stuff, she forked out for her online postage and this is not to mention the time cost of extensive photographing the previous day. “If,” she said bitterly, “you had told me that I had to do all this and at the end you would give me €1.70, I would never have done it.” And, I have to tell you, she has no supplier costs. She’s reviewing her pricing policy and is, even as I write, putting up more stuff.

Bewley’s, a very well know Dublin cafe, is closing its Grafton Steet branch. I am experiencing mild regret, they did a great Lapsang. When it nearly went to the wall in the 1980s, the then Taoiseach, Garrett Fitzgerald, suggested that it might be nationalised and I thought my father would be carried off by an apoplexy at the prospect of his taxes going to prop up a Dublin cafe but nothing came of it. Nobody is suggesting nationalising it now but the Irish Times gave it acres of newsprint.

The internet died over lunch and the company said that it was a line fault and could be days before eircom got to us (days!).

I took Daniel off on my cycle to the nearby village. He pronounced it ok. I ran into my friend again and this time we were very blasé and just waved at each other. 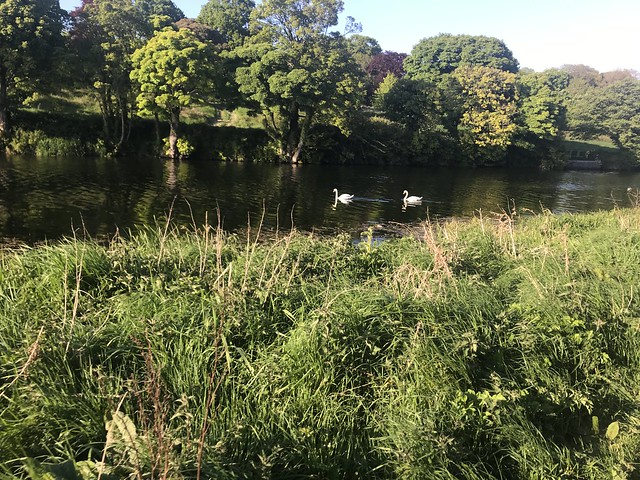 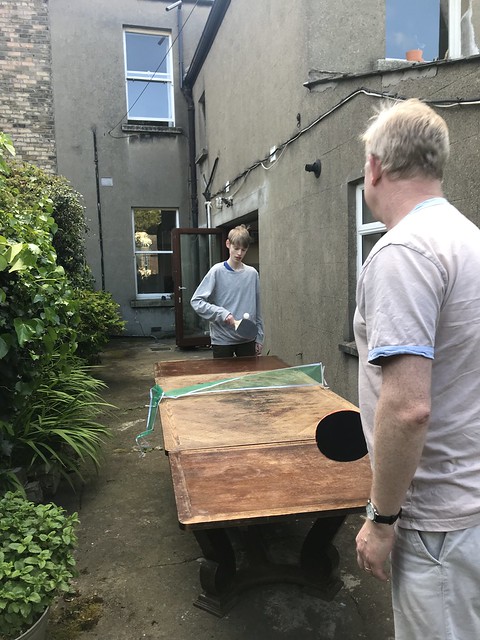 The eircom man came first thing. A lovely man and the first person we’ve had in the house in about a month who isn’t a family member. Very exciting. He said that there was nothing wrong with the line and the fault must be the modem. It came back on, on Friday morning anyhow and we have been crossing our fingers ever since.

We had pastries and bread delivered to celebrate that it’s Friday. My sister sent me a notiony candle out of the blue. Quite the thrill, I can tell you.

The neighbourhood whatsapp group is full of details of local pubs delivering pints (there are several).

Michael and I cycled out to our nearby village. An opportunity to test his new shoes which arrived in the post this morning. It is a nice cycle but yet, all other things being equal, I probably wouldn’t advise doing it four times in the one week. On our way home we met the family of a school friend of Michael and Daniel’s from primary school (friend was at home but his parents and younger siblings were out). It’s all the same really for everyone. The father is German so he had a slightly different story to tell about his parents in Germany (fine, thankfully) and what restrictions are like there (significantly eased – his father got his hair cut today). 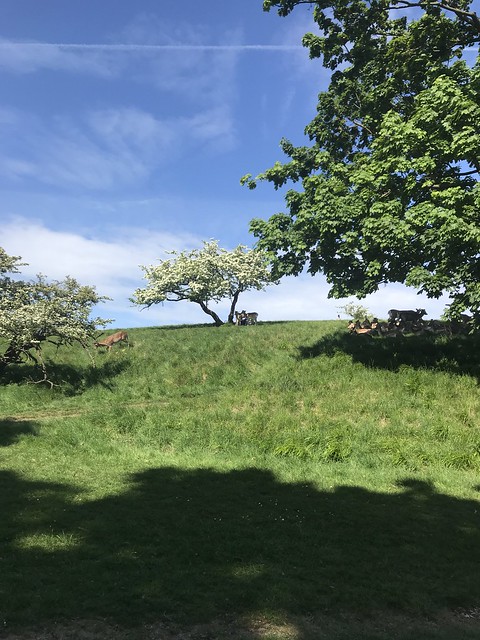 The German language school where herself was supposed to be going for a fortnight in the summer refunded her fees (I mean refund is good, rejoice). And the three week camp Daniel was supposed to be going on in June is cancelled also and the organisers have promised to refund unless we want to roll it over to next year. We’ll see. Meanwhile, Michael’s refusal to do any kind of course or activity this summer is looking surprisingly prescient.

Mr. Waffle and I went for a walk around a local housing estate (can you call it that, if it’s Victorian?). I had never noticed before that all of the houses have the same front door. They must be 100 years old but the ones that were gone were few and far between. Robust.

For cinema night we watched “Three Identical Strangers” which was successful in that everyone stayed for the duration and it was interesting but it’s a bit sad. I think pandemic viewing requires more laughs. “Catch Me, If You Can” remains the high point of pandemic viewing season.

Ah, Europe Day, I thought of the bank holiday I would be enjoying if I worked for one of the European institutions. In fact, May and June in Brussels were something of a bank holiday bonanza. And then there was this delightful habit of taking off (possibly being given off?) a day to make up a long weekend if the secular or religious holiday did not fall on a Friday or a Monday (faire le pont – words to conjure with).

Yesterday, the children were complaining that the shower didn’t work. Did we listen? No. Were we sorry? Yes. I had a cold shower which is deeply unpleasant. The man is going to come to fix it on Monday (is plumbing an emergency service, I suppose so).

Herself and myself went to queue with hipsters in the hope of getting nice bread from a local cafe turned take-away but they were sold out. To console ourselves, we bought frozen vareniki from our local Eastern European produce shop. Mr. Waffle (our domestic vareniki maker – we liked them when we had them in Estonia last year and he has been honing his skills since) was outraged.

I set the children hedge cutting and lawn mowing in the afternoon. They did a great job but we had to stop as we have, again, run out of composting capacity. My lilac is growing and thriving with one very notable problem. It is not producing flowers. How long is this going to continue for? 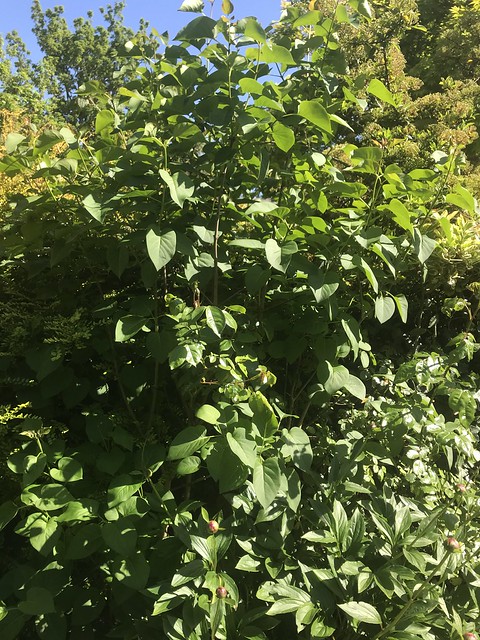 I made biscuits. We ate them.

I went back on the walk Mr. Waffle and I took yesterday and photographed the doors. I was slightly mortified when one of the doors opened as I was standing on the path snapping it. However, it was a nice German man who was pleased that I was photographing his door. He told me that when they moved in, it was a horrible plastic one but they managed to source one of the original doors, put it in and painted it up. His daughter chose the colour; and very nice it looked too. 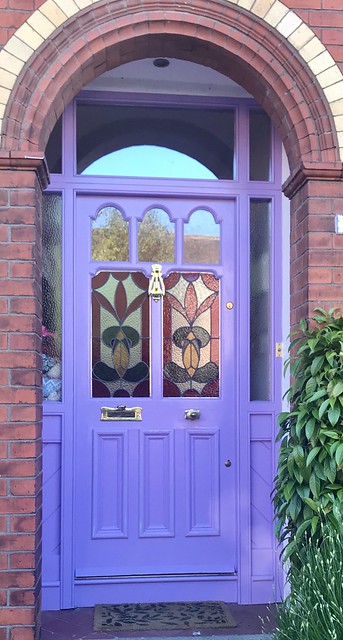 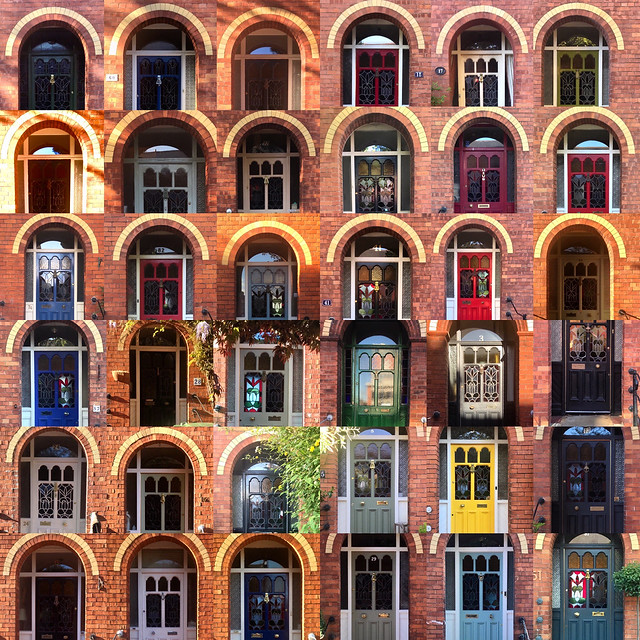 Lots of the houses had beautiful peonies. I am hopeful that in the near future I too will have beautiful peonies as, unlike the disappointing lilac, they look like they are about to burst into bloom. 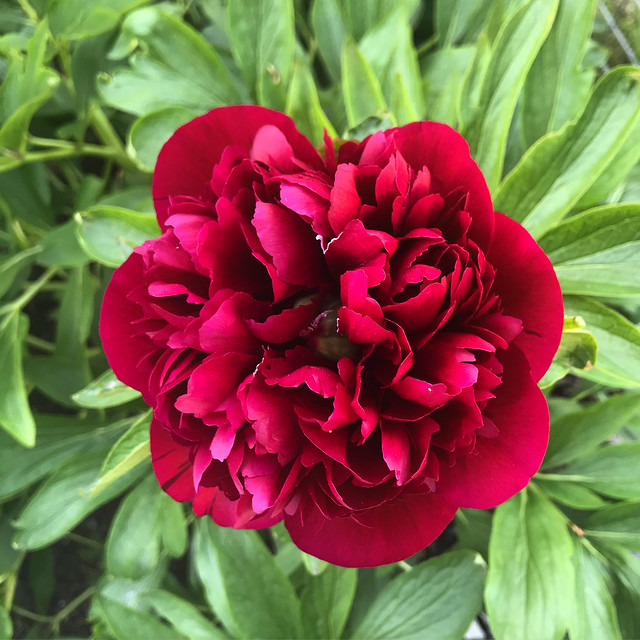 I feel I know my 5km radius in some detail.

And how are things in your own pandemic location?