We cleaned again. I am slightly amazed by the efficacy of the Sunday cleaning rota. I’ve printed it out for another 5 weeks which is a little depressing though. Mr. Waffle and I went for a mild walk. All of the children have said that I am unusually grumpy, so I suppose it must be true. I believe I am as sunny as ever but, apparently, I’m a bit short-tempered. Alas.

My father is not really very well and he’s going into hospital tomorrow so that they can have a look at him and see whether they can change his medication and make him feel a little better. It’s a bit grim in Cork, I think.

Paying for my credit card bill online on my phone, I accidentally transferred the money to the gas company with whom I no longer have an account. There is really no excuse for this idiocy. I suppose I’ll have to write to them.

Everyone was a bit glum. My father has gone into hospital for a week so they can have a look at him. His GP says that he has never seen the hospital emptier; it’s a small private hospital that generally does elective procedures. As I said to herself when we went for a walk at lunchtime, “The hospital is really quiet, it’s like a morgue apparently.” Honestly, I’d want to watch my cliche use. My back and neck are quite sore. I suspect it is being chained to the desk more than usual and the absence of any approved ergonomic set up.

Daniel and I cycled in the park. We did not love it but we did it.

I had my online bookclub. Almost a full complement of members attended. We’re all at the end of our tether it transpires.

My camellia has finally reluctantly yielded a solitary bloom. No sign of the lilac producing anything as of yet.

Herself arrived down to breakfast looking very glamorous. She is keeping standards alive during lock down and, as the young people say, I am here for it.

Another trying day in the salt mines. I managed to complete a difficult piece of work, so there’s that but another irritant is, well, irritating. I may need a change, I feel.

Mr. Waffle made dinner allowing herself and myself to go off for a cycle in the park. It was a welcome diversion after a day chained to the desk.

I tried my hand at sourdough. It did not rise. We are definitely downhearted. For one thing, that’s 400grms of strong white flour gone and it’s hard stuff to get hold of. Not a great shot, it didn’t look great in non-blurry reality either. 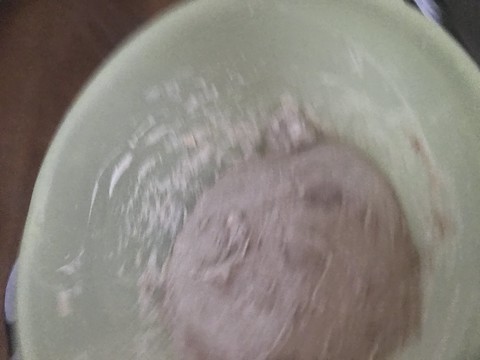 Our neighbourhood whatsapp group is now exclusively about bread and flour and where you can get them.

Today’s extremely trying day at work was improved by Mr. Waffle calling me away to look at pictures of the children when they were small. He is backing up all of our digital photographic archive on a single storage device and I love him. He made lunch as well. What a hero.

Today’s announcement is that the Junior Cert is definitely off. My poor sons, but I think that this time they mean it. We are all counting the days until the school holidays begin at the end of May. The teachers are setting a lot of work and the children are sick of it. Poor mites.

The airbnb I had booked for our summer holidays in the US refunded me my money – they’re letting it out long term now. I thought that money was gone forever so that’s a plus, I suppose. It turns out though that I don’t want the money so much as the things I thought I was buying with it. I’m sad that my tiny (almost non-existent) hope that we might get to America this summer has now been utterly quashed. Oh well.

Meanwhile, the hospital told my brother that my father fell out of his chair last night but he’s fine. But yet. Overall, he seems to be doing pretty well in hospital. He is delighted to be completely vindicated in relation to his medication. When he was in the orthopaedic hospital at the start of the pandemic, they changed his regime and he was furious. My sister refused to smuggle in his pills. But, it transpires he was quite right and part of the reason he is in hospital now is to deal with the knock-on impact of decisions they made in the orthopaedic hospital. The hope is that he will be “back to his baseline” and discharged by the end of the week. We’ll see.

Meanwhile, he is torturing my poor sister with random requests. He rang her yesterday and left a message that there was a crisis. On further investigation, it transpired that he had run out of vests.

Herself has written a fantastic poem which is to be on the school website and I am very proud. She refuses to let me put it up here so, sorry, your loss. We have ordered pizza from a deli for lunch. Not great pizza, it transpired.

It’s possible that on a conference call with 30 people this morning when I thought my mic was muted, the group heard me say, “Morning, sweetheart, why don’t you go and have a shower?” Possibly not, must check bilaterally with a reliable source.

Work very frantic and then a work quiz in the evening. Very elaborate with break out rooms and 300 people on the call. Good fun but at the same time on the computer from 9 in the morning (work until 7.15, quick bite of dinner and quiz started at 7.30) until midnight when the quiz finally ended. That’s a long time.

This was the first day since the lock down started that I haven’t got out for at least half an hour. I walked up and down the road for ten minutes at lunchtime but that was it. The rule for the children is that they have to go out for half an hour and exercise and if they don’t do it during the day, they come on a walk after work with their father and me. But, there was no walk after work today. Oh well, I trust tomorrow will be better. 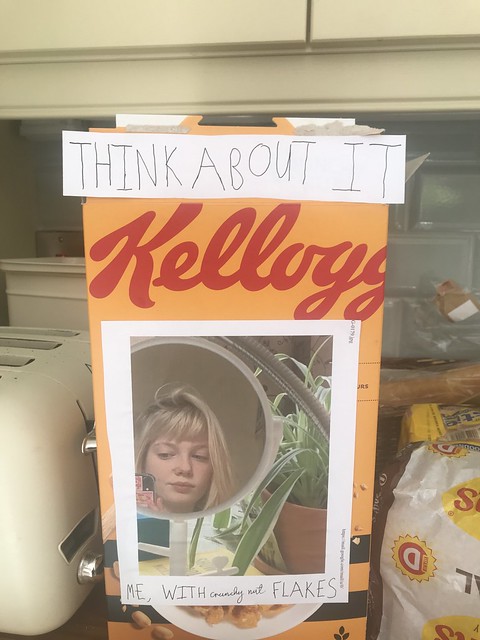 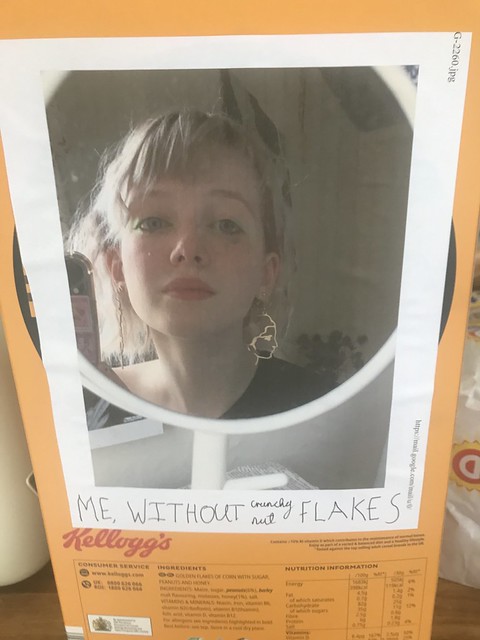 We got a delivery of breakfast pastries and bread to celebrate the start of the bank holiday weekend. Exciting stuff. Michael announced that all his shoes are too small for him.

My father tested negative for corona virus again. He was due to be released today but they’re holding on to him until Tuesday. His mood might, conservatively, be described as not delighted. He’s much better than he was when he went in though, so that’s good.

Work was a bit better and, wonderfully, I got to take my half-day. And a bank holiday weekend. Let joy be unconfined. To celebrate we went for a walk in the hail.

There was a slightly odd man standing stock still outside our house when we emerged. He was still there when we came back from our walk. The guards were talking to him and, in fairness to them, they must have stayed a good hour. As he went off on his way, I heard them say, “Mind yourself, now.” It is not a good time to have mental health problems, I fear.

The Taoiseach announced our five step programme for escape from lock down. Very little changes until May 17 and relatively little after that (from Tuesday we’re allowed go 5kms from home for exercise rather than 2, so there’s that, I suppose). It’s going to be a long summer.

Mr. Waffle has backed up our digital archive from 2003 to date on two external back up things. I went through the photos from 2003 yesterday. Frankly, I look exhausted and my hair is nothing to write home about either. Herself was born in April and we were living in Brussels, we went to weddings in Normandy (May), Rome (June), Offaly (July), Mayo (August), Cortona (September) and Cork (ok 2004 but January 2004). No wonder we were exhausted. I do think that I could have done a bit better on the hair front though.

Mr. Waffle chose our family film for the evening. Quite exciting having our big screen out again and film a huge success. He kept it secret until the moment of screening and then revealed that it was “Catch Me If You Can” which I would really recommend for family viewing. I saw it when it came out but I’d forgotten a lot of it and it’s aged pretty well. We all enjoyed it.

Clark’s website having utterly defeated me, I bought shoes from Marks and Spencer for Michael. I hope they will fit. Earliest delivery date is next weekend. His preferred solution to his problem is to stay in socks all week but Mr. Waffle cunningly remembered that we had bought new hiking boots for skiing just before lockdown. These are available to a deeply unenthused Michael for when he goes outdoors for exercise.

Daniel’s GAA club had a joint training session via zoom. Mr. Waffle held the phone and Daniel did the exercise. I think in a strange way they both enjoyed it, even if the greater portion of Daniel’s enjoyment came from pointing out how absolutely useless his father is at using zoom.

Mr. Waffle and I went for a longish walk into the city (fear not, within 2 kms). It was quite pleasant and sunny. 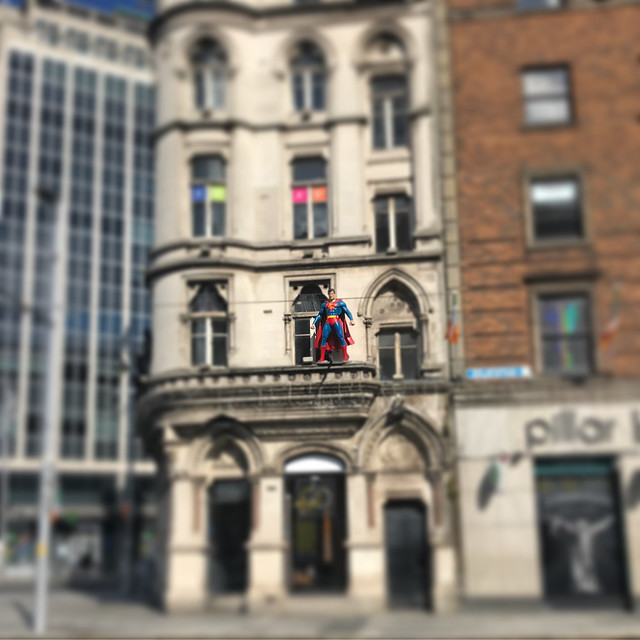 This evening’s street zoom quiz was deferred until next weekend as too many people were unavailable due to other zoom commitments. Goodness. The way we live now, apparently.

Herself came down to breakfast and announced she was better. Since we had all forgotten that she had gone to bed early as she was ill, this announcement was received with more bafflement than it deserved. We are terrible parents.

Herself, Mr. Waffle and I went for a long cycle in the park which was pleasant in the fine weather. The place was very heaving with people. Social distancing was a little bit of a challenge. This picture is unrepresentative. 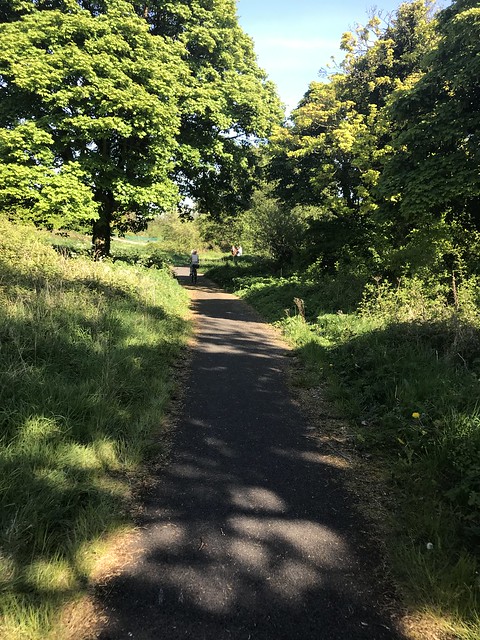 As Monday is a bank holiday, we have deferred cleaning the house to tomorrow.

We cut up Saturday’s paper and stuck up the release from quarantine timetable to the radiator. 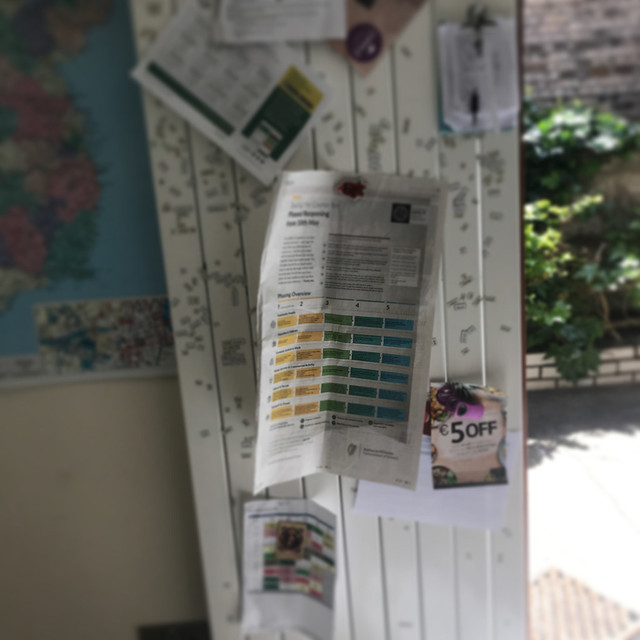 This gave me an opportunity to inspect the magnetic poetry more closely than I have done recently. I see we are using poetry to address the injustices of the current regime. Some of it more lyrical, other pieces more direct. 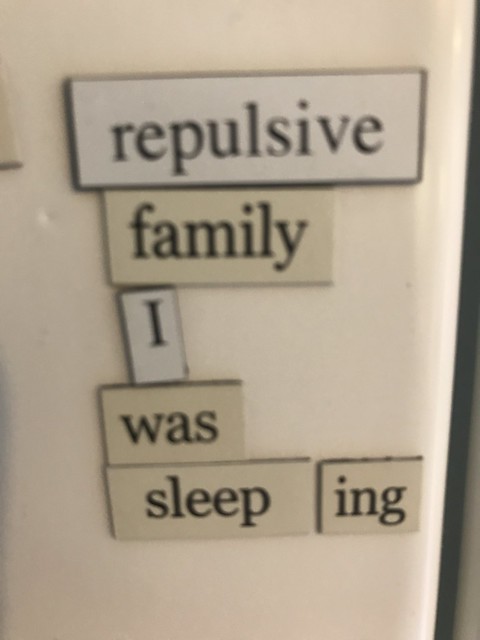 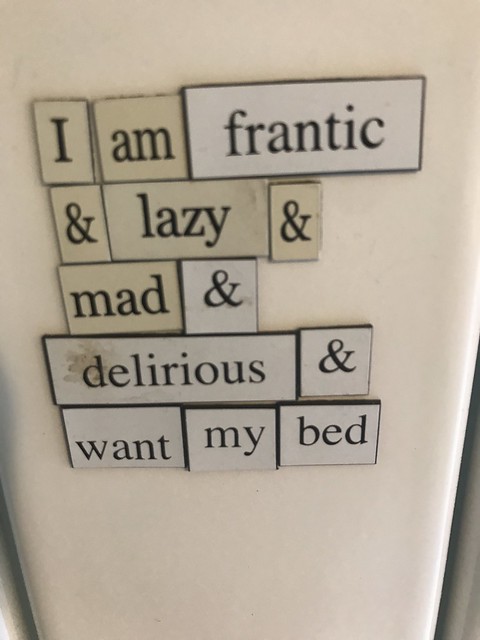 Any updates from your own lock down?