Today is the first anniversary of my mother’s death. I am sad that I am not able to mark it in any particular way and that I haven’t seen my father or brother and sister since March.

I have in gestation a long post about my mother but it’s not ready yet – it may never be ready at the rate I’m going.

In the interim, I’m going to give you an anecdote from 1953 which her best friend told me recently. They were in college together and stayed in the same residence, La Retraite. They had both been to (different) boarding schools run by the same order of French nuns. The food in school had been very good and they were both disappointed with the inferior standards prevailing in their college accommodation. They were not alone and the nuns summoned a number of the young women to a meeting to discuss the food. They gave a free and frank criticism of the existing regime. “Well, what you like to have to eat?” asked the mother superior quite reasonably. There was a silence while the assembled women considered their options and then my mother broke it by saying, “Meringues!”

Is it any wonder that I have notions ?

Here she is, a couple of years after meringuegate, just after she’d finished her masters, I think. 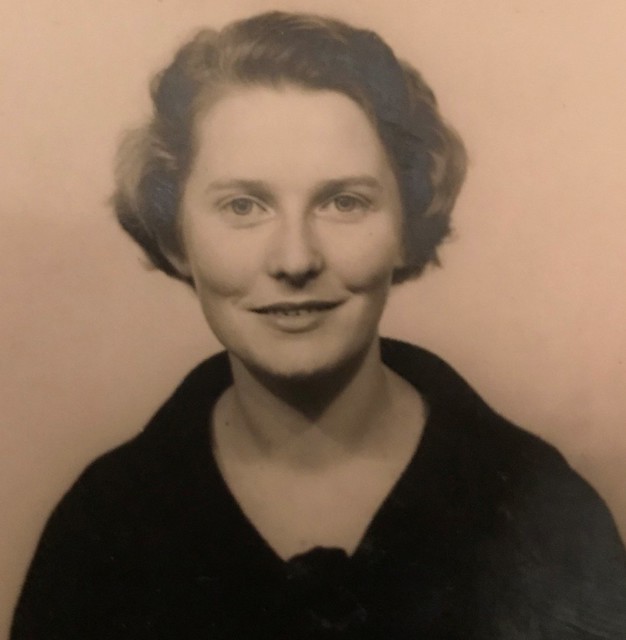