We spent a quiet day at home doing laundry and gardening and recovering from the excitements in Cork . It’s not all glamour, you know.

Due to an ordering glitch, we got 18 eggs in the shopping. Our neighbours called round and gave us a further 15 from their hens. It’s an eggstravaganza, eggsessive even. 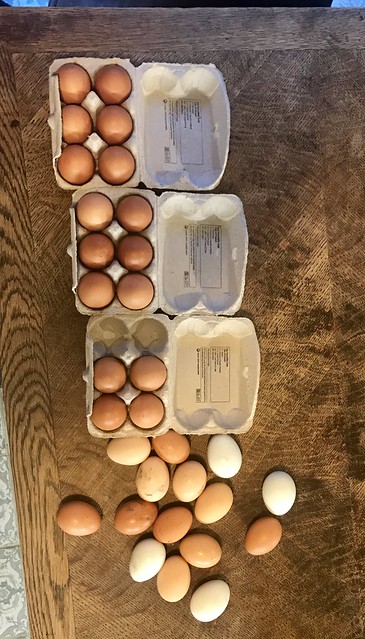 I took myself off to mass in Irish at 10 on the basis that it surely wouldn’t be full. I got in alright but there was no mass. I sat there entirely alone in a big church in the city listening to the traffic outside and the seagulls squawking. It felt like a lot of space.

I took myself off to my first physical bookclub since March. I took one of the electric bikes you can hire which was grand but they are not set up for carrying eggs (I brought her 6 very fresh free range eggs, what’s your point?). I handed over a bag with an egg smeared bottle of prosecco and up to four intact eggs. My hostess seemed pleased but she is tactful. She had put in place all kinds of precautions and it was really lovely to see people in person at a 2 metre distance etc. I hope we’ll be able to do it again and it won’t be a short-lived development in between two surges.

After that, Mr. Waffle and the children picked me up in the car and we went out to visit the cousins bringing with us as a gift 6 very fresh free range eggs. They are moving into the grandparents’ house – which would otherwise be empty as my mother-in-law has moved into a nursing home – and that’s where we visited. We’ve all spent a lot of time there over the years with my parents-in-law and it was strange to be there without them and I think all the adults felt a bit sad – though grateful that they have given us and the children so many happy memories. The boys spent the visit playing with their cousins on the trampoline and had a great time. My parents-in-law were very hospitable and loved having us all round to the house and I hope they would like to think that their family are still having a good time there.

Dan started his basketball camp and Michael spent the day in bed. Both of them were pretty happy with this. There was a weird smell under the stairs. Ominous, I think you will agree in view of the previously encountered fluttering noise.

I celebrated Belgian National Day by putting in a very trying day at work, returning home at 9 and slinking to bed exhausted without even a cup of tea, let alone dinner.

Herself went to Cork to tend to my father. My sister is going on a short holiday and my brother has to be in Dublin for work on Wednesday. I couldn’t go as I was needed in the office so she was our nominee to deal with his various whims (home help were coming three times a day to deal with helping him up and to bed and so on). My father was very dubious.

Herself enjoyed complete success in her day tending to my father’s whims. He put her number into his phone and called her every time he wanted anything from a cup of tea to finding his missing glasses. She said that no one had ever called her so much in her life. The engineer came to look at subsidence in the house also and she shouted his findings to her grandfather (he is rather deaf).

The green list of countries to which you can go without quarantining for a fortnight was published. It does not include the US. Efforts to get a refund for the flights for 5 of us out to New York and home from LA continue. I fear the worst. How deeply annoying.

Daniel made dinner which was fantastic as I was stuck late at work again.

Herself returned from Cork crowned with laurels. My father rang me to tell me how fantastic she was. What a girl.

We had takeaway for dinner. I don’t even care, there is only so much I can do.

In possibly more positive news, the smell has completely disappeared from under the stairs.

Needless to say, I did not get to take my half day but I finished about 6 which allowed me to get to a barbecue to celebrate the 40th birthday of a former colleague. Given the constraints of Corona virus, the gathering was necessarily select also, we were outside and it did rain a little but it was marvellous. I had such a good time.

I’m really feeling like we are getting back to some kind of normal.

We had a street clean up. The neighbours are really putting their backs into it. The place is immaculate.

Herself announced that there is a weird noise behind the fireplace in her bedroom and the cat is fascinated by it. She provided video footage. Is our house just basically a vermin infested disaster zone? I’d prefer if you didn’t answer. 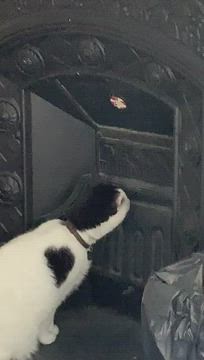 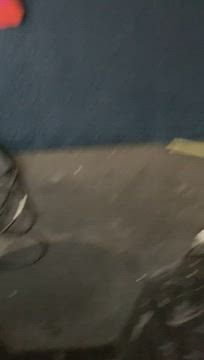 I took the boys to get new school uniforms. €188 for 8 polo shirts and two vile nylon zip up tops. Pricey. We cycled to the uniform shop and then Daniel had to cycle home again to pick up masks for all of us (he’s the fittest and the fastest cyclist). Masks are compulsory in shops now and I am dutifully wearing mine but I’m a bit confused. Remember earlier when we were told that the science on masks was not clear? And we were told there was no point in wearing them or they might even be bad if worn the wrong way. Has the science become clearer? What has changed?

Herself babysat for friends around the corner and I stayed up in case for some reason she needed someone to walk her home. She didn’t but I waited up. When she got in she said, “Sorry you had to wait up.” “I don’t mind,” I said, “you know, I’m a late night bird.” “Is that the Tesco finest version of the night owl?” said she. We’re hilarious.

I finally got in to mass. I’d kind of forgotten how dull our parish priest can be but quite a pleasant and familiar dull all the same. It wasn’t that different from before although there are a lot of markers on the floor showing where to stand and three pews out of four are cordoned off. Also there’s no collection just a bucket at the exit or the opportunity to tap and pay €4 which seems modest, to be fair. Communion is at the end which I think used to be the case pre-Vatican II anyhow. The leaflet was not particularly encouraging people to attend and reminded everyone that we all still have a dispensation not to attend Sunday mass.

We climbed up the Sugar Loaf in the afternoon in the teeth of some strong opposition. I was the slowest by miles and when I got down, they were all sitting waiting for me in the car in a marked manner. However, I redeemed myself by paying for tea and a treat in Enniskerry which was rather nice. 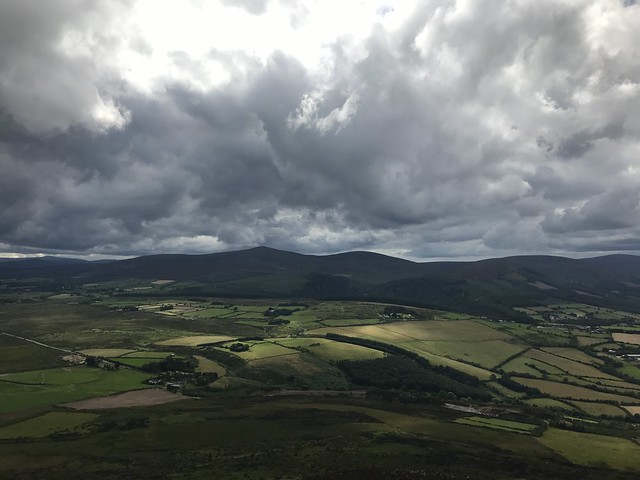 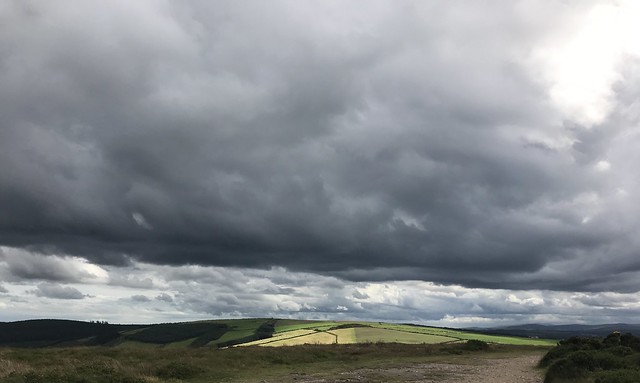 We rounded off the day with a quiz with the London relatives which was competitive but, ultimately, the children beat the grown-ups.