Michael was 15 on September 27. Usually at some stage in the marathon that is November blogging, I do the boys’ birthday posts but not this year so this post on Michael is late even by my standards. But look, better late than never.

He’s still reading away. He’s very interested in books; economics, data and history in particular. We got him “Calling Bullshit” for his birthday which, despite its title, is quite worthy and he seems to have liked it very much. He’s also fond of science fiction, fantasy and detectives. My mother had a pile of 60s sci-fi books which he enjoyed very much 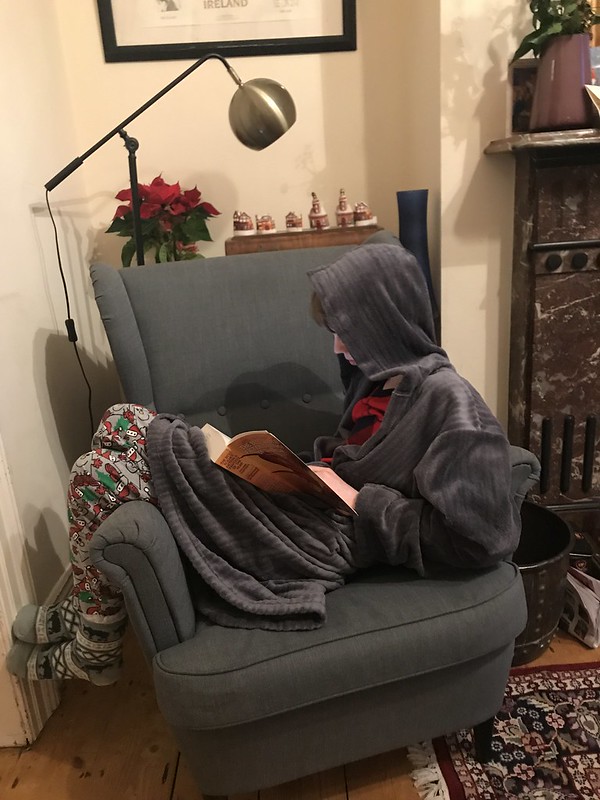 He loves nothing more than staying peacefully in his room playing an online game which involves him building up empires and partaking in crusades and the like.

During lock down 1 earlier in the year, he organised a games club meeting in the park which was reasonably satisfactory but he wasn’t very keen to repeat the dose.

He’s very happy in his own company and he may have been one of the happiest people in Ireland during lock down. He finds school very full of his class mates. And even home can be a bit full of other people. The other morning, he came downstairs for his breakfast and found the whole family in the kitchen. He visibly recoiled. As he retreated, Mr. Waffle intoned, “The antelope is shocked to find so many other animals at the waterhole and retires precipitously.” He laughed but he retreated all the same. In the summer, if the conversation at dinner got a bit tedious, he would head out to the back garden for a circuit; I used to call it his smoking break. The colder weather keeps him more tied to the dinner table. 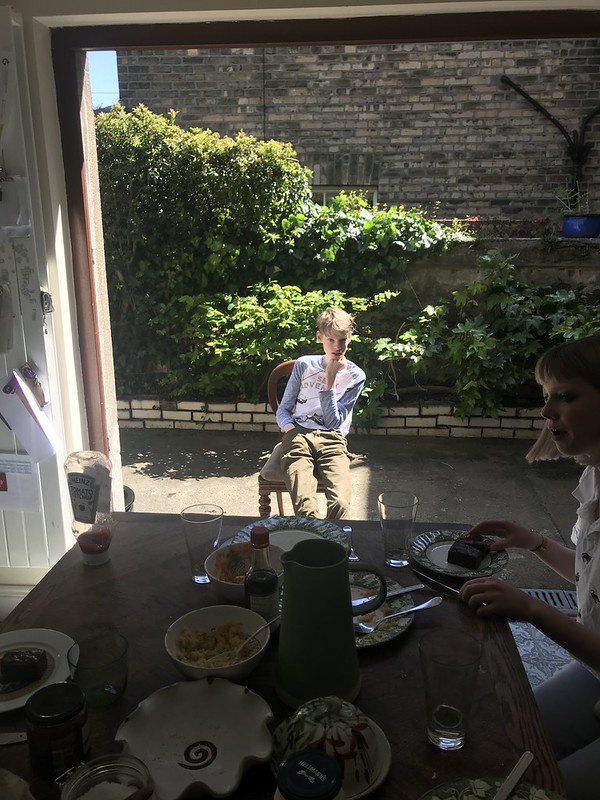 To my great regret, he gave up drama at Christmas. He was good at it and he enjoyed it. But he was tired of it and when Michael puts his foot down, it is utterly useless to protest. No more drama.

He is much taller than me now and still very thin. He has a 24″ waist and a 32″ leg and, let me tell you, that is a hard combination to find trousers for. He is largely uninterested in food – sweet or savoury. A very surprising outcome for a child of mine. Corn flakes are a key part of his diet. One afternoon after school Daniel ate a bowl of corn flakes. It transpired that Michael had sacrificed his own afternoon snack to have that bowl for breakfast. When there were only “the crumby ones” left at breakfast, he was pretty irate. I wish he would eat a wider range of things and more of them but he seems perfectly healthy, if skinny, and he’s certainly growing, so I suppose it’s alright.

This time last year I was fighting an entirely unavailing battle to get him to hang up his coat under the stairs rather than slinging it over the banister. While the rest of the family now consistently hang up their coats under the stairs, Michael’s one man battle continues.

He cycles in and out to school and is the only one of the children to take the mother-approved route which involves crossing with the green man and avoiding the busy main road. Long may it continue, I don’t care if he’s fifteen.

He and Daniel get on pretty well although he is not sporty and did not love being forced by his mother to play basketball with his brother during lock down. They share, however, an interest in board games and card games. 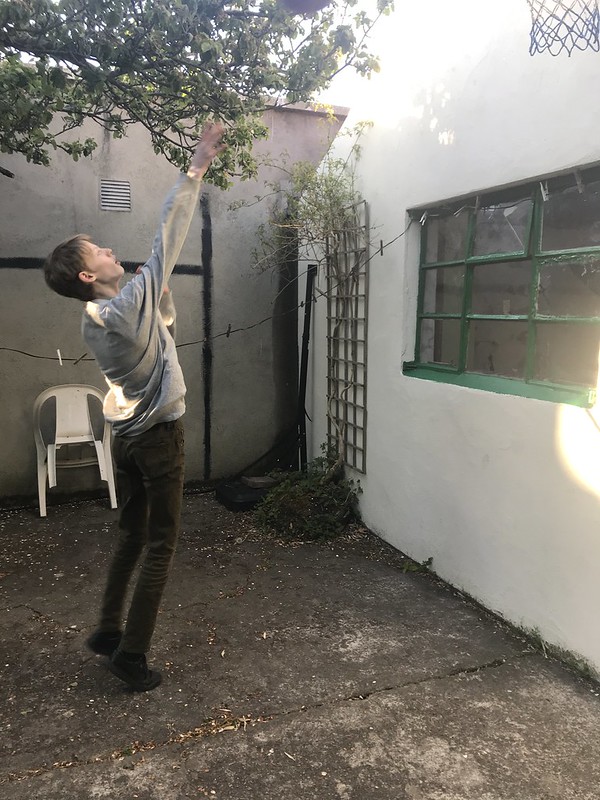 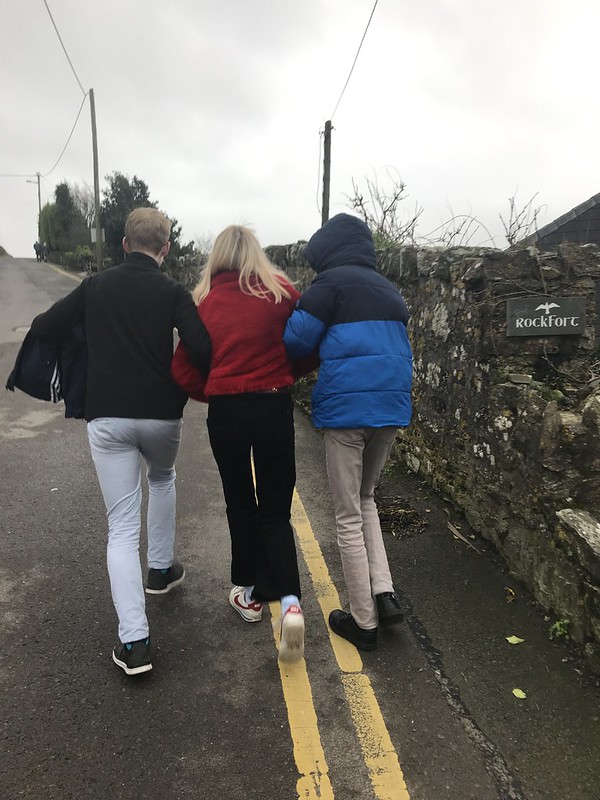 Generally, he gets on fine with his sister but they tend to bob along in quite parallel tracks without a great deal of overlap. It does drive her crazy when I believe what he says because all of what he says is delivered in a deep voice and tones of great conviction. I can’t help it, he always does sound convincing. 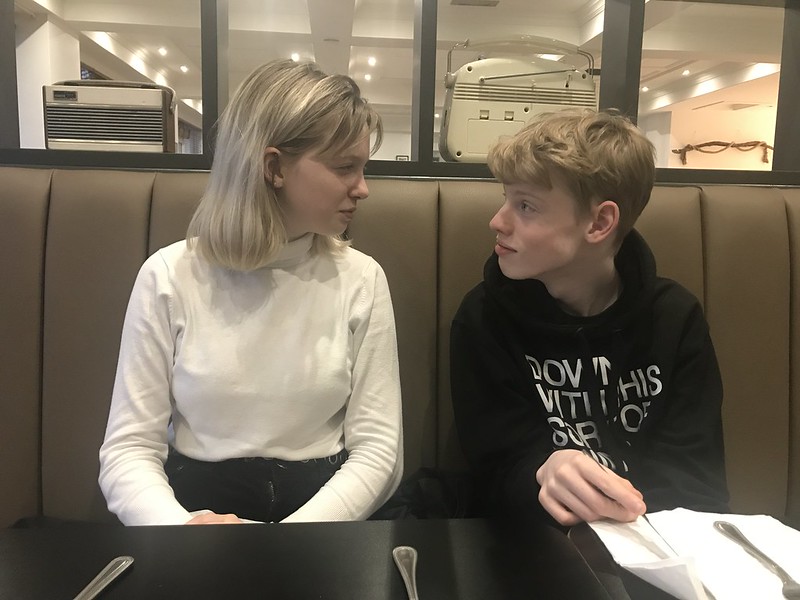 He is ludicrously uninterested in material things. He never wants anything. In consequence he is very difficult to buy for and my sister, who is his godmother and would like to give him loads of presents, is driven demented.

He loved being off school between March and September and he loved his Junior Cert being cancelled. He’s finding re-entry hard. They’ve re-organised the classes for Transition Year. Michael is convinced he is in with all the messers and was a bit down about it. Nothing we can say can convince him that this is not the case and the school wouldn’t do that and doesn’t stream but after a rocky enough start, he’s finally settling down. Of course, the pandemic meant that he couldn’t go to Irish college this summer. No one could have been happier. 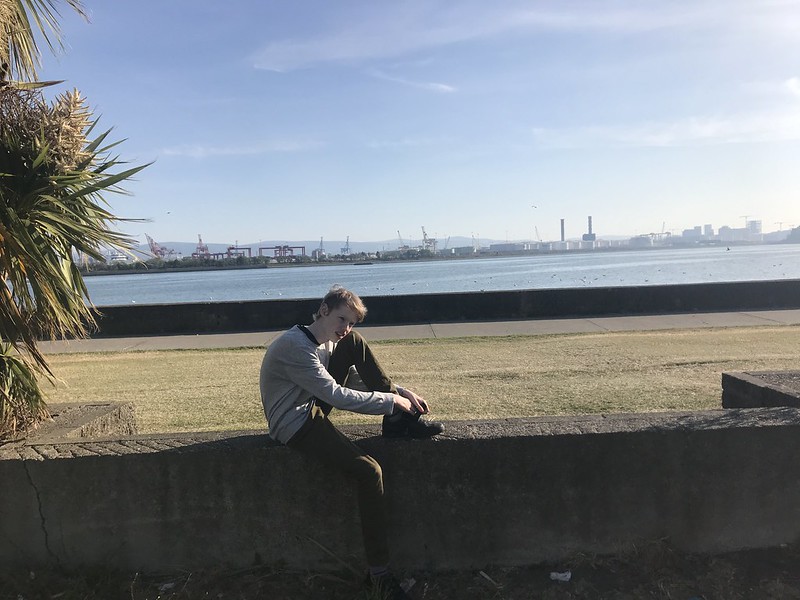 We bought him a guitar during the pandemic – he’d been learning at school and he seems to enjoy strumming away up in the privacy of his room. 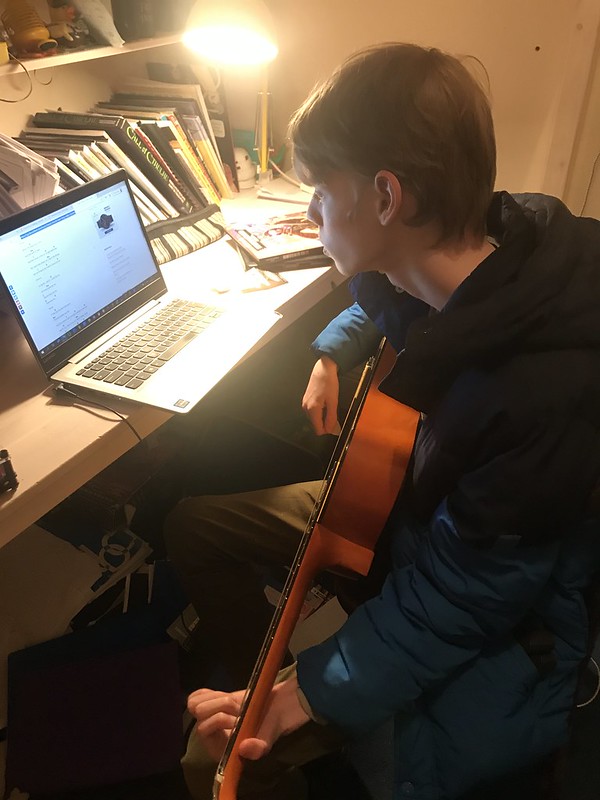 He’s been worried about my father during the pandemic and was really upset to see a picture my sister sent me of him masked up and in his doctor’s waiting room (his cardiologist who said that he was fine and could come back in June which is pretty good when you’re 95); “What if he gets the virus?” he asked anxiously. He didn’t, you will be pleased to hear but not as pleased as Michael.

He is a wonderfully engaging public speaker and teachers and students alike love it when he stands up to give a presentation at school and so does he. What a great gift to have.

I find him completely charming and very kind. His siblings have a more nuanced view but are basically fans. His father thinks he’s hilarious. He makes us all laugh. A delight, he’s a delight.