In a move which makes me seriously fear for my sanity and which reminds me of the slightly irregular hours my mother used to favour, I found myself cleaning the door of the oven at 2.30 in the morning. I saw a video about how you could take out the inner glass door and I realised that I could get rid of that streak on the oven door which has been bothering me since last summer. I dismantled the thing. I cleaned it. After several false starts and some dark muttering I reassembled it. I am extraordinarily pleased with myself. But also a bit concerned for my sanity.

In other sanity limiting news, I just can’t seem to let my brother get rid of my parents’ books. Not just special books but any books. Books they never read, books they didn’t like, paperback detectives, books inherited from my grandparents (Daily Mail almanac 1913 anyone?). I think I am going to have to give them house room. But where? To demonstrate the extent of my difficulties, these are the bookshelves in two of the bedrooms in my parents’ house. 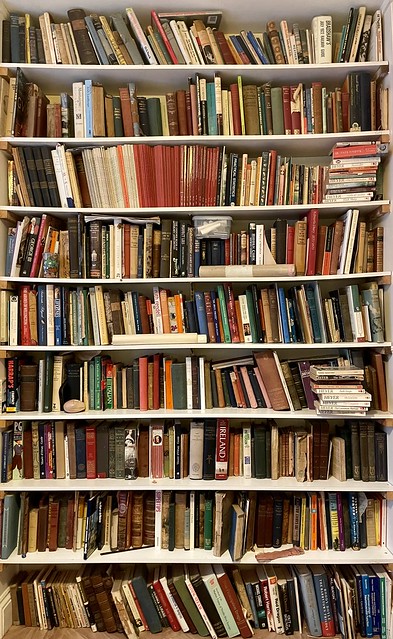 Third row from the top there you can see the Cork Historical and Archaeological Society’s annual publication collected for years. Am I ever going to read these volumes? No, I am not. Am I going to let my brother throw them out? Are you joking me? 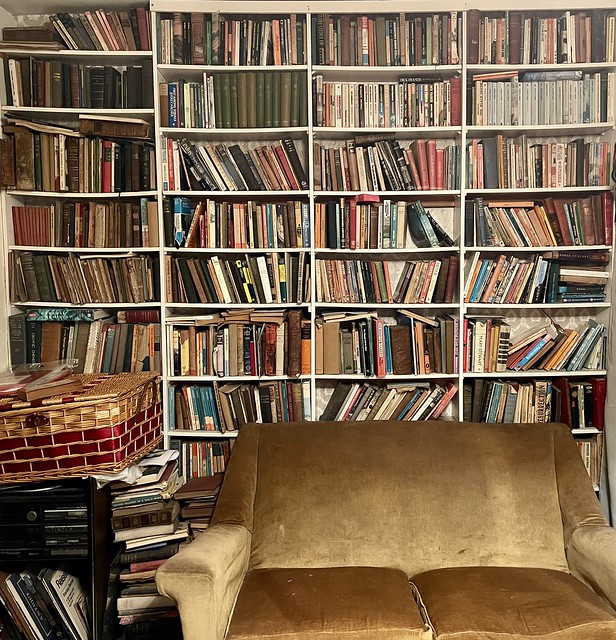 In other middle aged developments we thought we had fixed our drain problems through the application of rods lent by the neighbours (did you know drain rods were a thing, it explains where Dyno-rod got their odd name anyhow). This morning when Mr. Waffle and I were out at breakfast, Daniel texted the family group chat: “Why does the whole house smell of sewage?” Why indeed. As I cower in here writing this, Mr. Waffle is out in the back garden with the neighbour’s rods and a scented candle is working extra hard in the kitchen. I’m inclined to call in the professionals at this point – Dyno-rod perhaps? – but he seems very determined to give it another go. Cross your fingers for me and my house with a definite aroma of sewage (more drains than sewage to be fair but I appreciate it’s a point of detail).

We got our water cut off during the week (query could this have triggered our drain problem?) and the electric shower failed to revive. For two hideous days until a plumber could be got out to fix the issue (2 minutes of your time sir, €50 of our money) we showered in the temporary downstairs shower in the utility room. I cannot speak of the vileness involved in our efforts to maintain hygiene standards in a cruel world.

Daniel has a sore knee and went to the physio who has given him loads of exercises to do which I hear him dutifully performing in his bedroom. When I was a teenager, I had an old fashioned typewriter in my room. My father said that when I used it, it sounded like an elephant tap dancing on the ceiling. Daniel does not sound like an elephant tap dancing but he does sound like someone giving his all to the plank and various other unpleasant lunges and stretches. In other noises off news, Daniel has started calling Michael “Shuttle brother” because of his habit of flitting up and down to the bathroom on the return at bedtime. I find this quite hilarious though I cannot say why. I think you would have to hear the lightening footsteps of fleet of foot Michael at bedtime.

I took this photo the other morning as I was leaving for work. Everyone now living in the house had departed on a bicycle. Why are there still three in the shed? I mean, why? 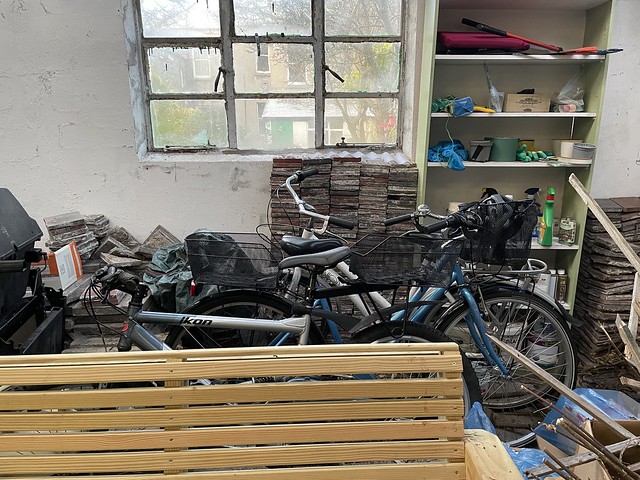 And finally, the Government basically lifted all restrictions last night except for mask wearing inside until end February. So that’s it then? I really hope so. Meanwhile though my sister-in-law in London has Covid. Alas.