Mr. Waffle and I were on a lovely walk (well lovely in parts, parts were a bit inhospitable, but the views were generally nice and the weather was fantastic) in Carlingford the week before last when my phone started pinging. 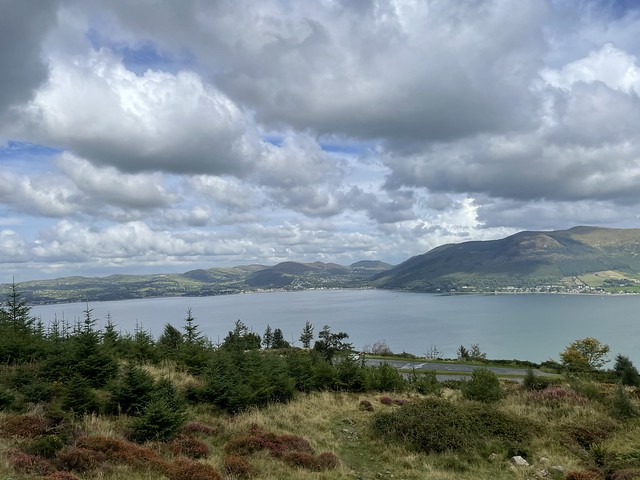 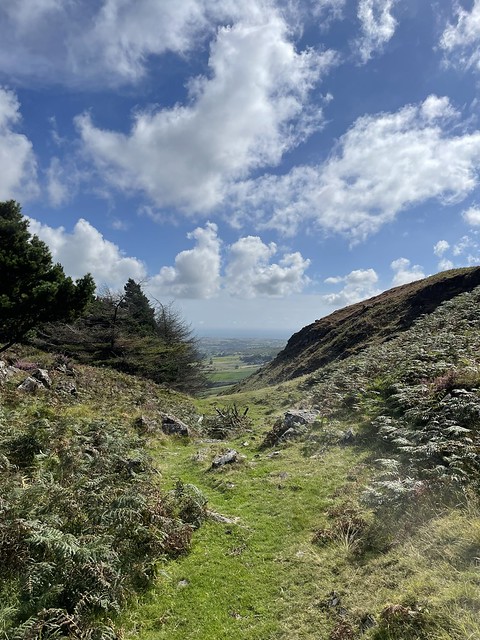 It was my Sunday afternoon book club speculating about the health of the Queen of England. They weren’t wrong, we arrived home in time to see the BBC read out news of her death. I was startled by how shaken I felt up there on the mountain. I mean, she was 96, it was hardly a complete surprise.

I suppose she reminds me a bit of my father who was of the same generation, just a year older; the old order changeth and all that. I remember my father telling me about the death of the old King – George V – in 1936 when my father was 10. There are few enough people now who remember that. I am surprised that, 100 years after independence, the death of a British monarch still has so much relevance here including for me

The Irish papers were full of the symbolic importance of her trip to Ireland in 2011. The children were in primary school at the time and the school closed down for the day as it was a bit close to the Queen’s visit to town. People were pretty nervous, I remember (presumably not as nervous as she was). It all went off peacefully though. She went to Cork (“Rebel County” snorted Mr. Waffle as gangs of school children waved flags to greet her on the Grand Parade). The fishmonger in the Market made a career from his brief encounter with her much to my brother’s ongoing chagrin. He feels that the fishmonger may have gone overboard on the marketing. He got a book out of the two minute encounter which was featured all over again in the Irish coverage of her death. 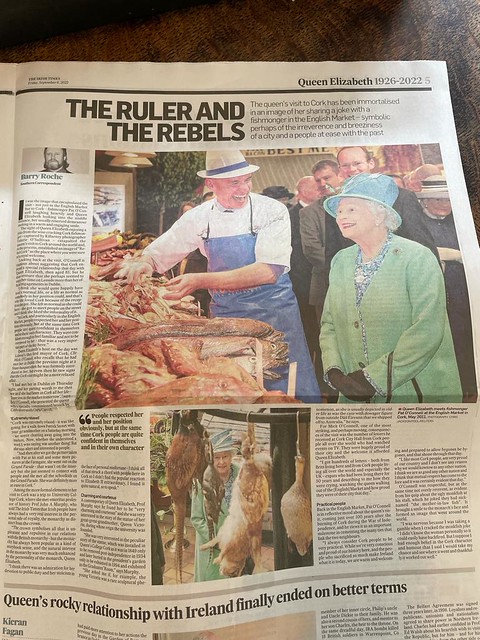 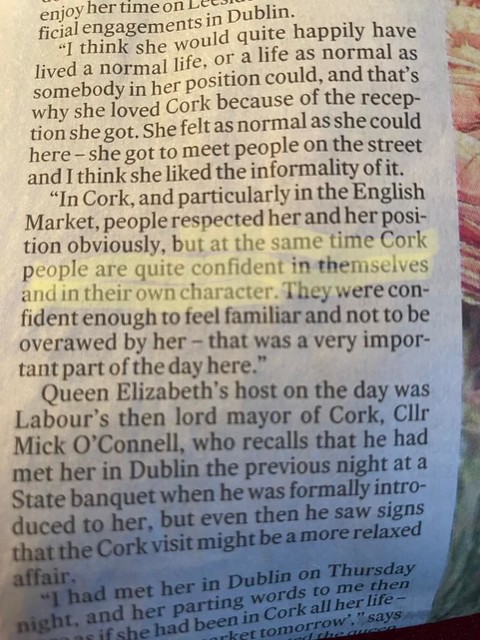 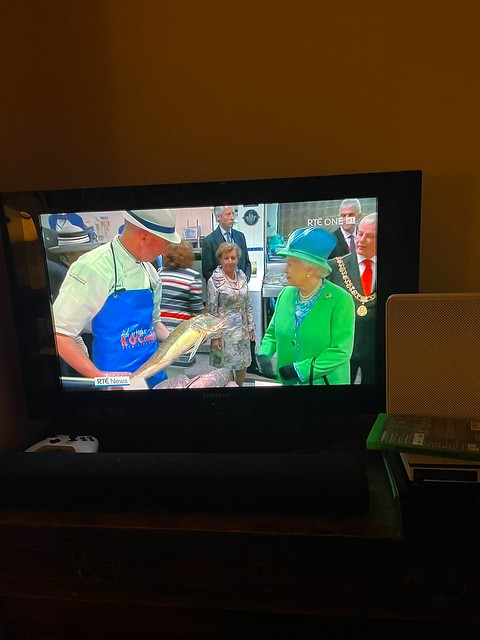 On the Sunday after she died, I was surprised when the priest prayed for her at mass. “We pray now for Queen Elizabeth II and that she will be forgiven her sins, and received into the Kingdom of Heaven,” intoned the priest. “That’s what we do when people die, we pray for them and for God to forgive them their sins,” he informed the slightly startled congregation.

This Sunday, I noticed on the missalette under the list of mass intentions (a list of people for whom parishioners have paid for masses to be said – don’t talk to me about the Reformation – for special intentions, anniversaries, exams, dead family members, whatever you’re having yourself) that on Monday, 19 September, somebody was having a mass said for Queen Elizabeth II (RD). RD stands for recently deceased. Like we didn’t know. There she was sandwiched in between Bennie and Maisie (anniversary) and Pat and Mary (deceased) and sitting underneath the information that it was the feast day of Saint Januarius, Bishop and Martyr.

The second reading from St. Paul (something of a pragmatist) to Timothy was timely:

My advice is that, first of all, there should be prayers offered for everyone – petitions, intercessions, and thanksgiving – and especially for kings and others in authority so that we may be able to live religious and reverent lives in peace and quiet. To do this is right, and will please God our saviour: he wants everyone to be saved and reach full knowledge of the truth.

It really feels like the end of an era.

Updated to add: this appeared in today’s Irish Times. My brother is going to get a hernia. 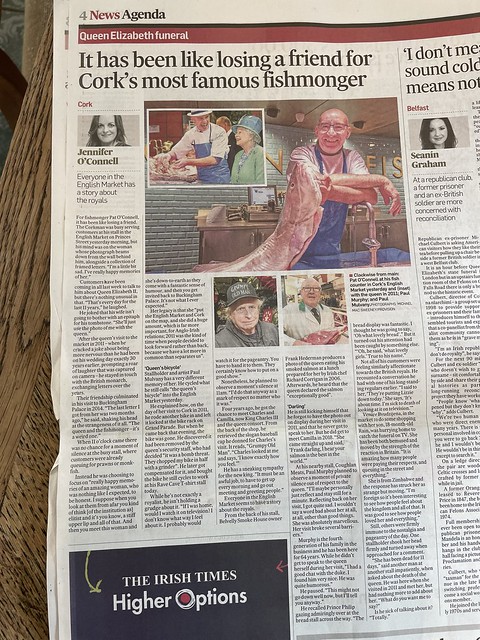