When I was growing up my mother often talked about the man made famine in Ukraine in the 1930s. I have to say, I was not particularly interested at the time but it occurs to me now that my mother was born into a farming family in 1936 and that that famine probably had a direct impact on her family and her neighbours, at the very least in terms of what crops they were growing. No wonder she spoke about it, she must have heard a great deal about the damage that central planning did to Ukraine.

My cleaner is Ukrainian. She’s about the same age as me and I do think about what she has had to put up with in her life time compared to me. To talk to her is awful, I feel so helpless in the face of her misery and distress. She has relatives stuck over there and I think she is going out of her mind with worry and I can’t do anything useful. She said sadly, “All the Irish people are being very kind but it is too terrible.” It is indeed.

My neighbours have taken in a Ukrainian family. She’s a doctor and there are apparently close links between Irish and Ukrainian doctors (who knew?). Herself and her husband who lived in a grown ups only house until now have been amazed just how much energy and enthusiasm a nine year old has. The child also has a medical condition which means he has been stuck at home for Covid as well. How utterly grim. It’s all just grim. The neighbourhood whatsapp group has been hopping with offers of help but it all feels very limited. I listened to a wonderful – thought very sad – podcast where people talk about their home cities in Ukraine. A man who was a couple of years ahead of Mr. Waffle in school was working in the Ukraine and was killed.

Honestly, if this were fiction, you would say it was too unlikely – a conflict with so few shades of grey, a heroic president who was formerly a comedian, a full scale invasion in Eastern Europe. 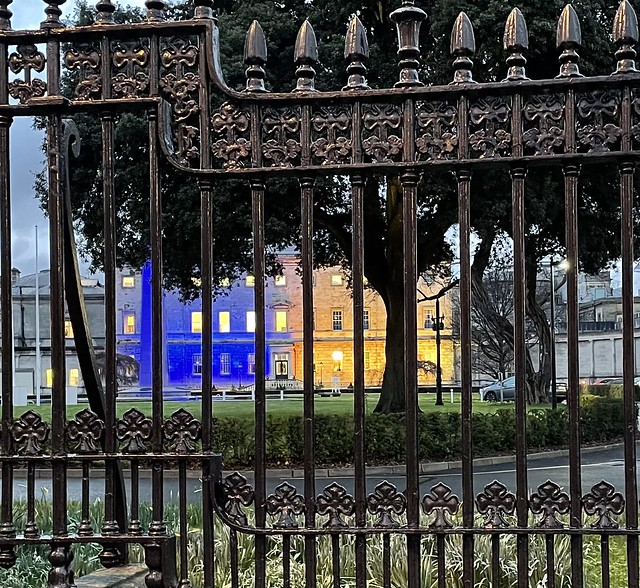