A cold coming we had of it, 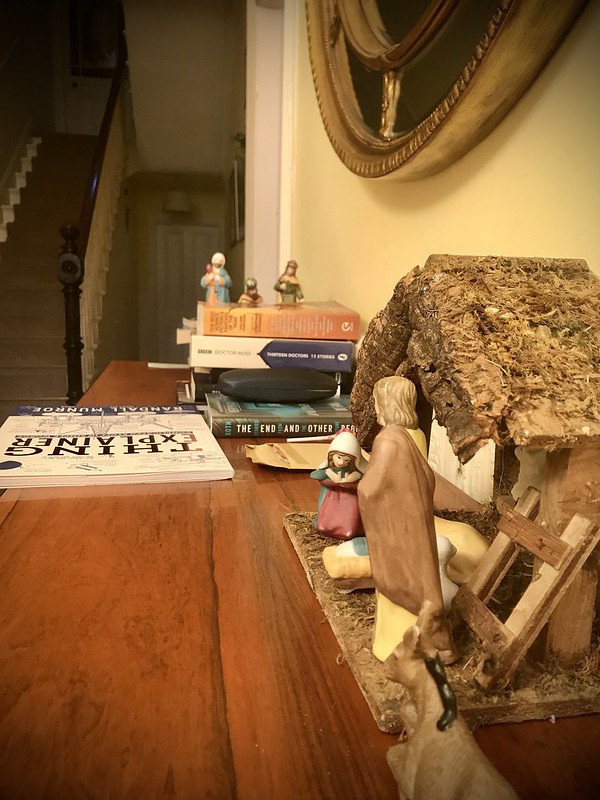 Just the worst time of the year
For a journey, and such a long journey: 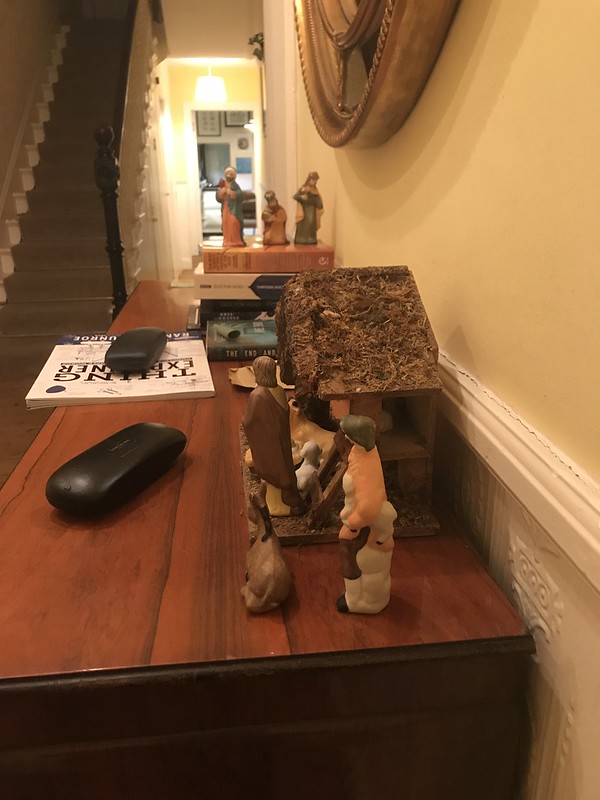 The ways deep and the weather sharp,
The very dead of winter. 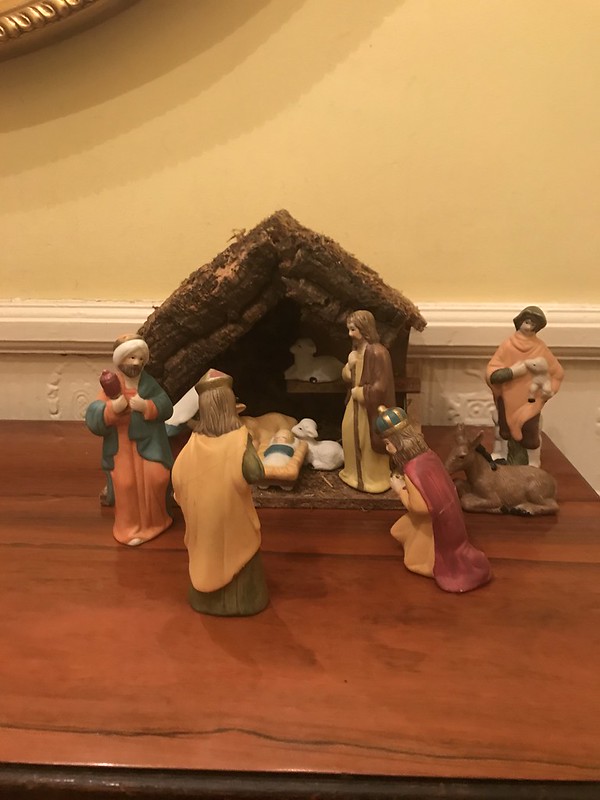 Happy Women’s Christmas. If you are in the mood, I recommend this recording of T.S. Eliot reading this poem aloud. 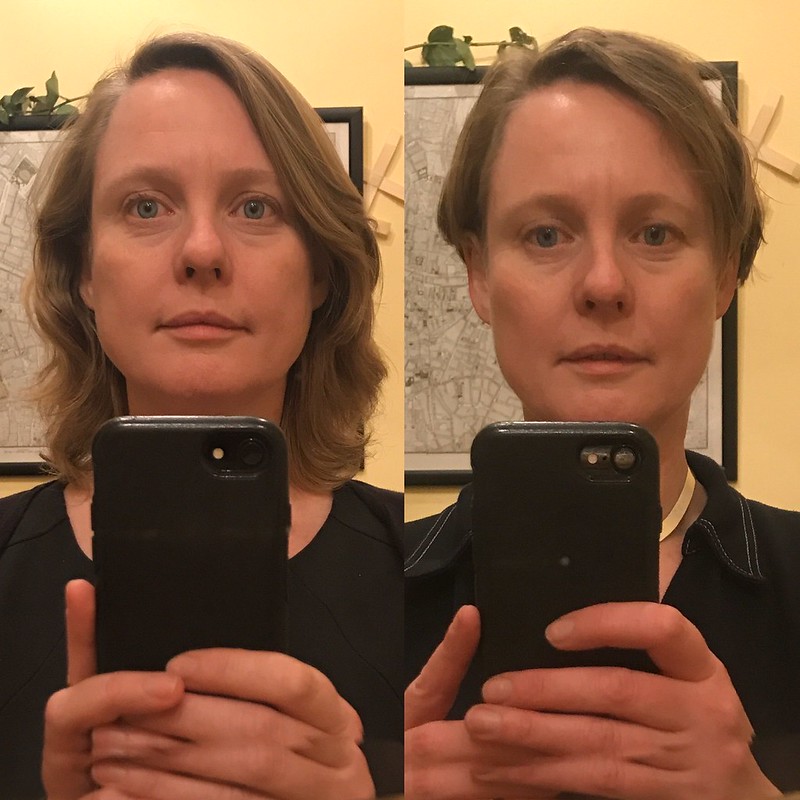 We had the church Christmas fair after mass on Sunday. It was an occasion of almost unmitigated grimness. Freezing and poorly attended. I did hear one good story though. There’s a local man whom we will call Mr. Murphy who is Santa every year at community events. One of Santa’s neighours was saying how he took his three children in to see Santa at such an event and his two eldest children (then aged 3 and 5) went in and appeared entranced. The father decided that the youngest (aged 2) was too small for the treat whereupon the child began to wail, “Why can’t I go in to see Pat Murphy like the others?” Ho, ho, ho!

I am going to a dinner tonight to celebrate the centenary of the enactment of the Sex Disqualification (Removal) Act 1919. This allowed women for the first time to enter all kinds of professions and to be appointed to the senior ranks of the civil service. I signed up with a group of friends a month ago in a flush of enthusiasm but now I have to go and I am not as keen as I was at the end of October. Doubtless all will be well when I arrive but I have to say, I am not contemplating the prospect of getting myself dressed up and presentable and out the door on a freezing November evening with anything but the deepest sense of foreboding. Sigh.

Updated to add: I actually had a great time but I did spend 15 minutes at the start of the evening hiding in the upstairs toilets waiting for someone I knew to arrive and was only forced out into company again by the arrival into the bathroom of former President, Mary McAleese (the keynote speaker, v friendly, in fairness to her) as it seemed a bit odd to be hanging around while she was there.

There was no sign of herself when I rose from by bed at 10 last Saturday morning. She sent a message to the family group chat saying that she was gone in to the Trinity Open Day with her friend E. They had an interesting enough morning. She was shocked how many people were there with their parents. I felt a bit bad that not only did I not accompany her but I didn’t even know she was going. She on the other hand was delighted not to have me there.

She discovered that she could get €2,000 off accommodation, if she stayed in an Irish speaking student residence in Rathmines. She would still have to pay the balance and be further away than if she stayed at home but I think she was gratified to discover that membership has its privileges. Trinity apparently has an exchange arrangement with Stellenbosch and she is keen to go with the money we will save from having her live at home while she’s in college. As there are quite a few hurdles between her and operation Stellenbosch, I decided to let that go but my reservations were in no way addressed when Mr. Waffle said, “Quite dangerous, no?”

There were a couple of lectures on various subjects and since her friend E is keen to study law, they attended that one. There was an enormous queue and the students on the door announced that it was only open to school children as there wasn’t room for all the parents. A [very old – probably about my age] woman did not move from the queue. When she got to the top and the student at the door asked her not to go in, she was very cross and said that she was a mature student. This misfortunate student at the door apologised and berated himself saying, “I am so sorry, we should be more inclusive.” Aren’t the young people lovely all the same?

Herself ended up sitting beside this woman and her daughter. It became abundantly apparent that the mother was not, in fact, a mature student but a pushy mother. Herself was outraged. The lecturer said, “I’m sure some of you are the first people from your families thinking about going to college.” Pushy mother was heard to hiss audibly, “No one in this audience, I’m sure.” As it happens, the Princess’s friend E, sitting two seats away from pushy mother will be the first person in her family to go to college. I say will with complete confidence as she is clever and organised; found out about the college open day herself; and dragged my daughter out of bed to attend.

Anyhow, the welcome upshot of this is that my daughter now believes that I may not, in fact, be the worst mother in the world.

Mr. Waffle and I went to Handel’s Messiah in the local church last night. It was completely sold out – the organ restoration fund thanks you – and all very nice but it is long. A good 3 hours including the interval. It took a lot out of me but at least I had thought to bring a cushion and I imagine I was quite a bit more comfortable than the local bigwigs who graced the performance with their presence but had not had the forethought to bring their own cushions.

Today is my beloved grandmother’s birthday. She was born in 1897 and died in 1984. I always think of her in November.

That’s all I’ve got for today. More tomorrow when I am feeling stronger.