We have had a bumper apple harvest this year. We have three, yes three, apple trees. 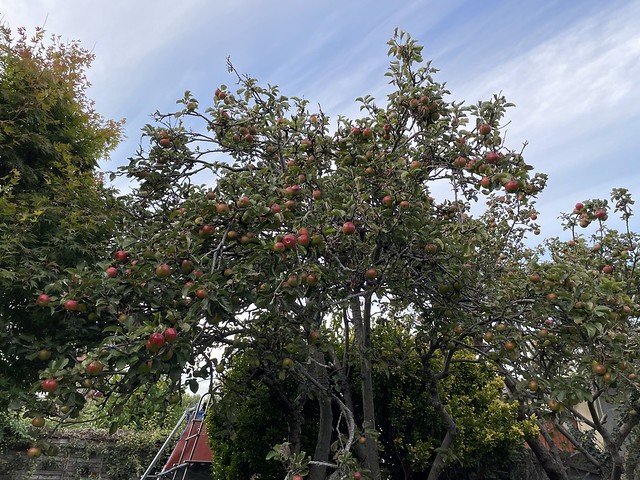 I have made so much jelly. Previously, when I made apple jelly, it was completely foolproof. It always set. This year I have had to throw away a batch which just refused to set. Disastrous. I found by dint of careful experimentation that actually even if it seemed like it was not going to set after a couple of days it mostly did. Peculiar. And unwelcome. 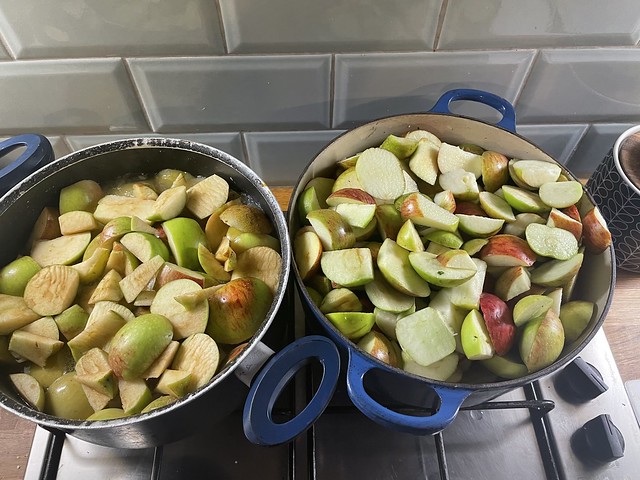 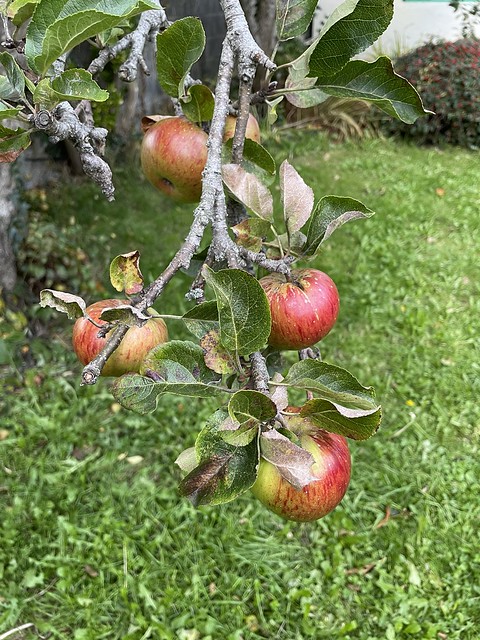 Anyway, there’s only so much unset apple jelly you can make and our friends from falling fruit came around at the start of October to assist. It’s a volunteer organisation and they come and pick your fruit, give it to a food producer and the producer makes a donation to charity. 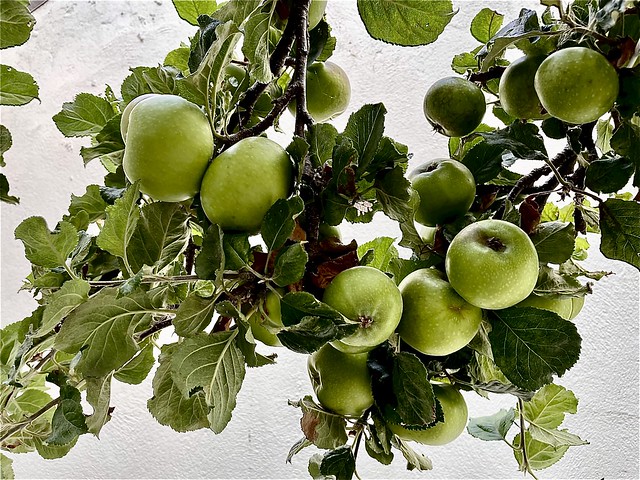 They were there for two hours and picked nine of those large potato sacks worth of fruit and there are still loads of apples in the trees. I’m half sick of jelly said the Lady of Shallot. 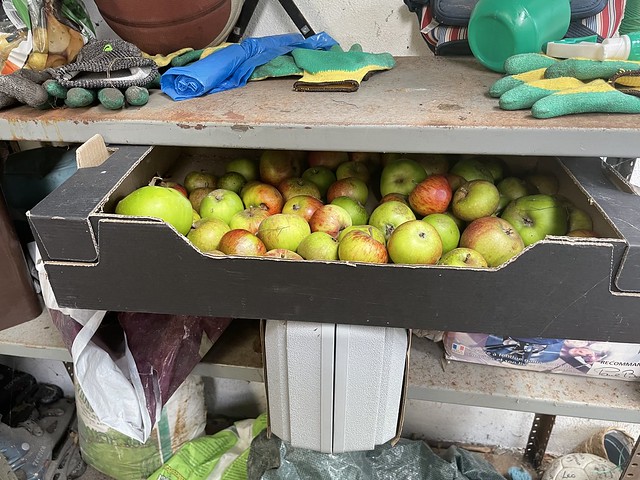 This is what I have been reduced to. And no evidence that the primary school children who go past my door have been at all tempted by my witchy tactics. 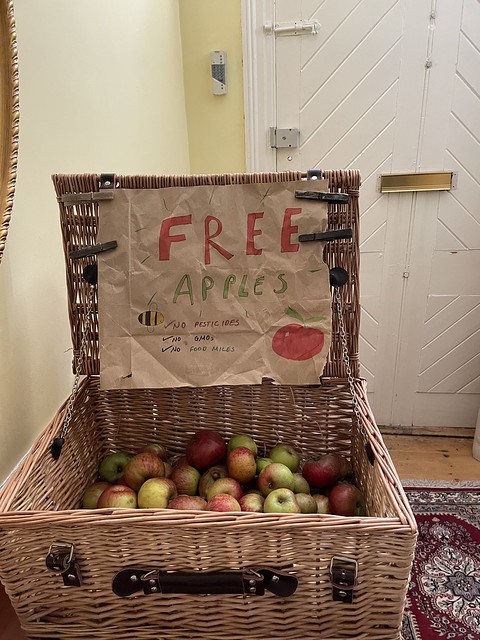