Michael loves pasta.  His diet largely consists of pasta and pesto.  My first mouthful of pesto only passed my lips when I was 19 years old and spent a summer as an au pair in Naples.  I do wonder whether, if I’d paid a little more attention to the whole picking basil from the garden of their country house and sticking it in the blender with pine nuts and so on, I might have been Ireland’s answer to Nigella.  I digress.   So intrinsic is pasta and pesto to the modern Irish child’s diet that when I went to Perugia a couple of weeks ago, it was to find that my cousin had brought pasta and pesto with her from Ireland to feed her children.  She was a little defensive about this decision but it’s hard not to sympathise.

Anyhow at the supermarket Michael, took a packet of pasta from the shelves and clutched it to his bosom until we got to the check-out whereupon he briefly handed it to the cashier and then reclaimed it and carried it tenderly to the car.  “Mummy,” he said to me hopefully “me eat pasta after my dinner?” 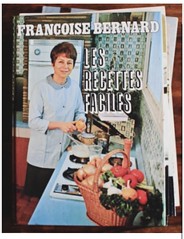