The Princess is 11 today.

She is as good as she is beautiful. 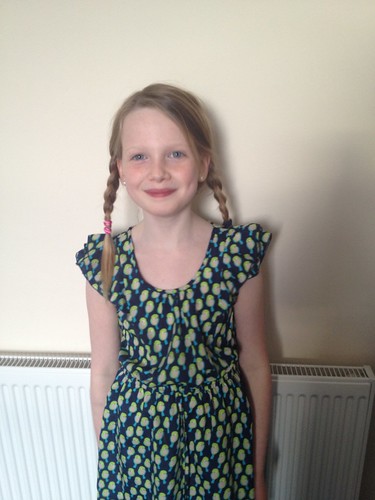 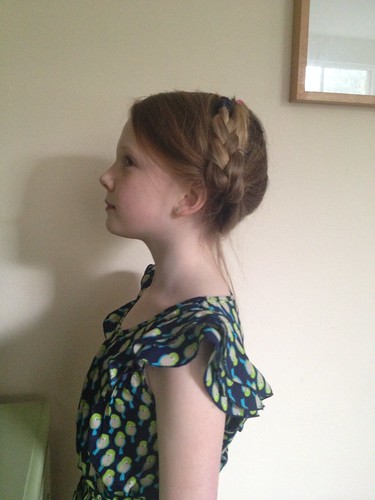 She is in general a sunny child. She is also a very determined child. I have discovered that I am the only parent of my acquaintance who is barred from her child’s bedroom. Her aunt gave her door knob hangers to decorate for her birthday. I imagine that we will be seeing a fair amount of this one: 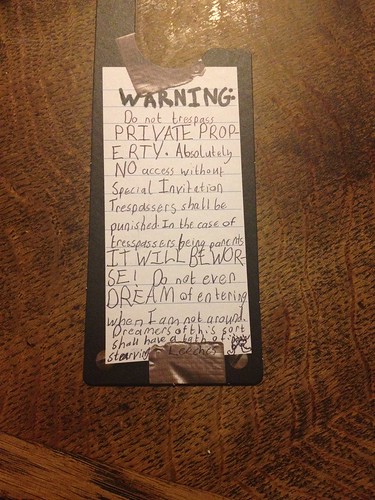 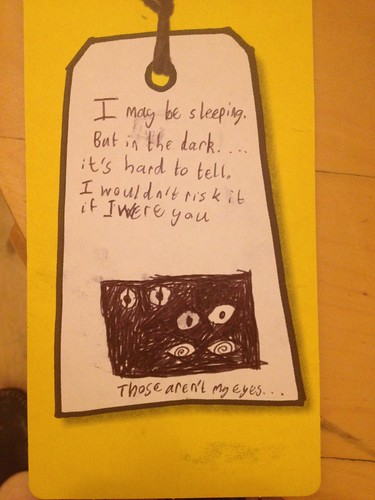 [Please note use of subjunctive which fills her pedantic mother’s heart with joy.]

But this one rather less: 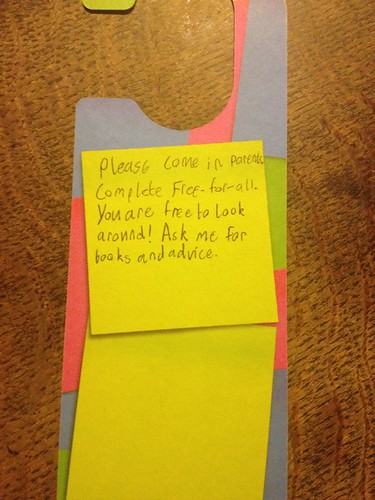 She is a clever child and can be a bit too smart for her own good. She is doing the second reading at mass on Sunday. It is short but after reading it twice, she had memorised it. I was suitably impressed and said so. “Well, I am a product of the Irish education system where rote learning is particularly valued,” said she. I swear I am not making this up.

Walking to school one morning, Daniel asked me: “If the rain comes from sea water, why doesn’t it taste salty?” “Good question, I wonder why that might be,” I said [momentarily stumped – alright, look it was early, I am never at my best in the mornings]. “For heaven’s sake Mum,” said Herself, “the water evaporates but the salt doesn’t!” “What she said,” I said weakly. In my further defence, I don’t spend every waking minute doing the water cycle which does rather seem to be the pattern in schools.

She continues to fight for equality in an unequal world. There were separate maths sheets for the boys and girls the other day. The boys had to cost filling a party bag and the girls had to buy a wardrobe on a budget. She protested to the teacher that this seemed wrong and the teacher said that she could do the boys’ one, if she liked. So she and her friend M did but she was a bit dubious about the benefits of her intervention. I reassured her that she was raising the consciousness of her classmates but she remained dubious.

She asks me hard theological questions. Sample: “When Jesus fasted in the desert was it days only like Ramadan or nights as well? If not, did he eat what he found or eat nothing at all?” I really cannot say. Her friend M, the atheist poked her when they were doing about the persecution of Galileo in school and said, “Your religion.” But she knew, that in the matter of science, at least, the catholic church has moved on quite a bit. Still on religion – she and I sing in the church choir. It is killing me. We are learning this and I am singing alto with the greatest difficulty but she is flying through it and I think quite enjoying herself. In my defence can I point out that sopranos may have to struggle to hit high notes, altos get to sing the dull bits.

She loves to read. She loves to learn things and is interested in a very diverse range of fields leading to questions about the nature of the universe – philosophical and practical – which pin me to my collar. She has a particular interest in criminology and nurtures a burning, but so far unrealised, ambition to go to a course on this. I sometimes think that being the eldest makes her a bit too grown up. Her brothers seem, in many ways, much younger than her even though there are only 2 and a half years between them. I suppose that this is an occupational hazard of being the eldest.

She still likes walking in the mountains and Dublin is great for that. We can drive to the Dublin mountains in half an hour. Wicklow in an hour and up to Louth reasonably speedily as well. Possibly due to her mother’s pernicious influence, she is also fond of art galleries and the nicer kind of tea room.

In lots of ways, I can see that her views and her personality are shaped by us but in other ways she is completely her own person. She is, for example, very fond of poetry and reads a fair amount of it. Personally, I can take or leave poetry and only read a little and the same is true of her father.

If I come in tired or cranky, she will sometimes say, “Sit down and I will make you a cup of tea.” Her cooking career continues apace. She made her own birthday cake yesterday. Insert your own poignant comment about working parents here.

Tonight, somewhat against my better judgement, we are having four of her friends to stay the night. I feel unnerved. I daresay it will all pass off peacefully. They are all nice, well-behaved children. Deep breaths.

It is lovely having an 11 year old in the house. I find her easy to be with. My Nana used to say “Easy to live with is beauty” which is a bit like Cordelia in King Lear in terms of compliments, I know, but she was absolutely right. I like being with the Princess. She is a kind, companionable presence and will happily read her book while I read mine. Last night when her father was out and her brothers were in bed, we chatted while putting away the shopping and unloading the dishwasher together. Not the most exciting evening but life is made up largely of the unexciting parts and it so nice when they are pleasant and easy.

A very happy birthday to my wonderful daughter: we are so lucky to have her.