Last time I was in Cork, I borrowed my sister’s bike. I cycle most days in Dublin but I haven’t cycled in Cork in 20 years. I was struck by the effort that the city council seems to have put into cycling infrastructure – loads of bike parking spaces, conta-flow lanes! On the minus side, it was raining. And I saw no other cyclists while I was out. I suppose that these facts might not be unrelated. In Dublin, at every junction you are likely to be joined by half a dozen other cyclists and nothing makes cyclists safer than lots of other cyclists. I hope that “if they build it, they will come” works out in Cork as it is a compact city with loads of students and it seems like a natural place to cycle to get around.

Meanwhile, back in Dublin, while during the year, all 5 of us cycled to school one morning, it was a bit hair raising in parts. There was a certain amount of pushing bikes on busier roads but we made it there (and back in the afternoon). We didn’t repeated the dose though. Much more pleasant was a trip we did on the bank holiday Monday along the banks of the Royal Canal from Phibsborough to Ashtown a round trip of about 10 kms which, in places, feels as though it is out in the country although it is very much in the city. 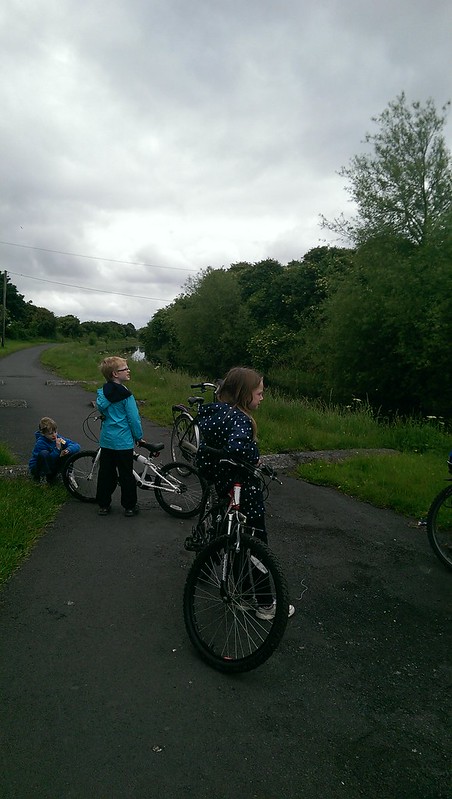 While the other two were happy enough (lovely cygnets, terrifying nesting swan, chance to accidentally cycle into the canal, quaternions), Michael was not enthused cycling gloomily and rather slowly along while muttering darkly. In part this was due to his refusal to use 5 of the 6 gears he has on his bike. He was peddling along in first gear with all his might but, as I unavailingly pointed out, the route was along a canal and, in consequence, almost entirely flat so he would have done better to have tried 5th or 6th gear. It’s a pity Michael was not keen as I would like to do it again but I fear that a very significant bribe would be required to persuade him to entice him out. Alas. 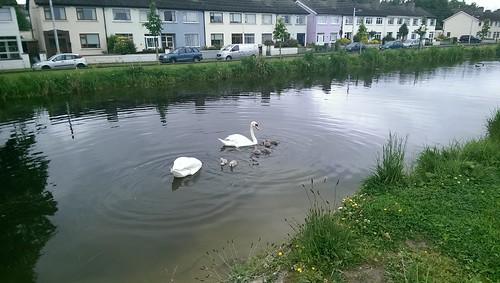 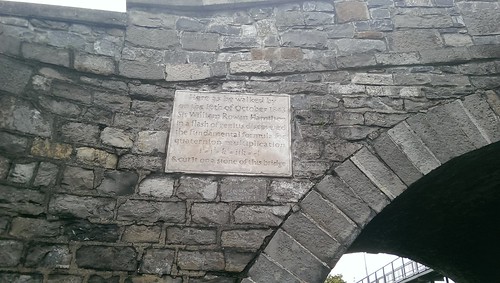 He did cycle into town with his father and brother the following weekend to play war games in a shop that sells expensive, small pieces of plastic, so I suppose that is something. While they were doing that the Princess and I cycled in to see the Fat exhibition in the Science Gallery (I sometimes wonder whether the Science Gallery regards part of its mission as being to revolt) and then went for a restoring tea and a bun before cycling home, all uphill. She and I have been on a number of cycling adventures in the warm weather which has all been very pleasing. If Dublin City Council get their way on cycle lanes in the quays, there will be lots more of this. Not news that has been greeted with unequivocal enthusiasm, but, go them, I say.

Final, bike related news: one lunch time, I arrived home late, locked my bike to the railings outside the house, leapt into the car, collected the children from school and brought them to the library. As we were leaving the library, I looked for my library card only to discover that my purse wasn’t there. When I got home, there it was, sitting happily in the bottom of my basket; untouched after a whole afternoon outdoors.