Last year, some friends from Brussels came to Dublin and we agreed that we should all meet again this year.

I mentioned that it would be lovely to go to Rye and little faerie hands went and made it happen [pause to regret that I no longer work with the organiser who is spectacular at getting things done]. So on the first Friday in July, I flew to Gatwick leaving my little family to fend for themselves. In what can only be called a spectacular organisational débâcle, that morning I drove the 250kms from Cork to Dublin with the children sitting resignedly in the back. My appetite for driving from Gatwick to Rye at 9.30 that evening was, therefore, even less than it might otherwise have been. However, my trusty phone navigated me safely there. Very cheaply also as the new lower roaming rates had just been introduced. Let us pause for a moment here to think positive thoughts about the European Commission and all who sail in her.

The drive was a bit hair raising. Due to it taking forever to get the rental car, it was 10.30 before I set off and midnight before I arrived. The whole journey was busy, lots of cars even in the rural parts and I was struck anew by how very full England is, particularly, the south east. The accommodation was terrific – my first airbnb experience and I would recommend it on the basis of this place.

It has been years since I have been away with a group of friends and I was delighted with the novelty of not constantly worrying about meals which is a feature of travel with my children and also, nobody said, “I’m bored”. There were five of us who used to work together in Brussels on this weekend and although we are a somewhat disparate group we get on really well and, of course, have the delightful luxury of reminiscing about our time working together and what happened to our least loved colleagues.

Rye itself is delightful. I was reminded how pretty England is and, as my friend J pointed out, this part of the world has had money for at least a thousand years, and it shows. Rye is a hilltop town looking out over marshes to the sea. It’s all steep little winding lanes and half-timbered cottages. Tiny and perfect. 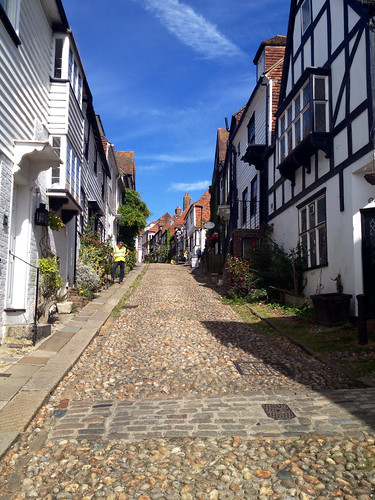 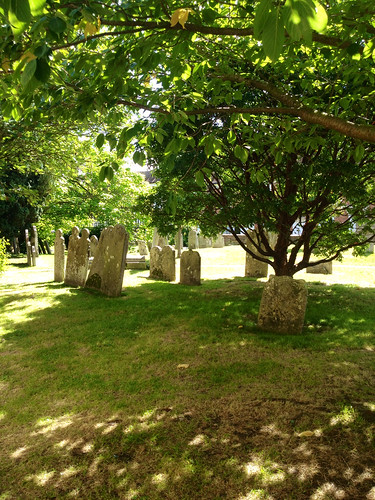 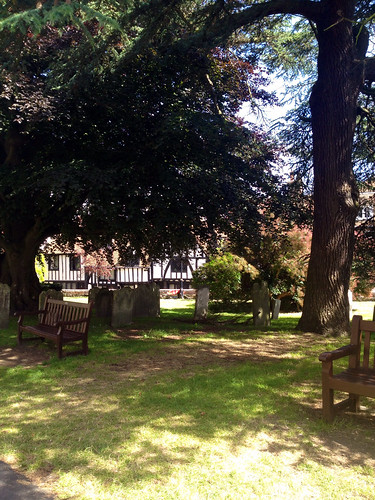 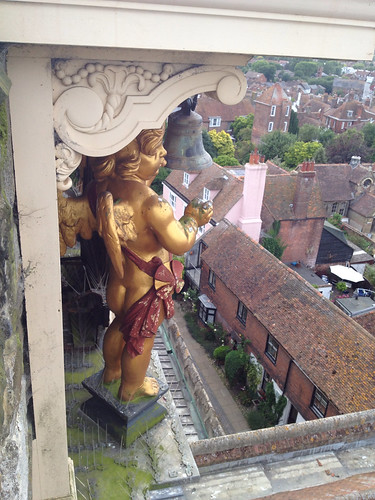 I had wanted to visit since my friend J told me that it was the town on which Tilling in the Mapp and Lucia books is based. If you haven’t read them, I really recommend them. They are set in the 30s and describe two middle aged women vying for social dominance in a small English town. I re-read the books in preparation for my trip and was slightly appalled to discover that I am now older than Miss Mapp who is only 43. Alas.

They were filming a TV series while we were there so I was able to take this picture from the church which was rather appealing, to me at least. 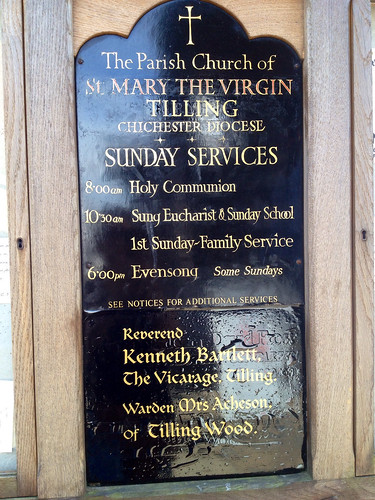 I also climbed the church tower from which Lucia’s garden is visible. 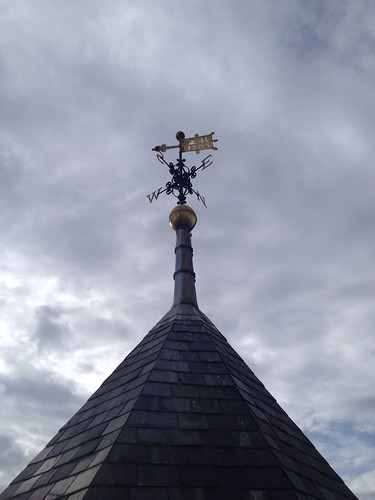 Rye is awash with literature. Lamb House which is the model for Mallards in the novels was where EF Benson lived but Henry James also lived there for many years as did Rumer Godden (unknown to me in advance of my trip but now will try her – suggestions welcome). Radclyffe Hall also put in time in Rye but not at Lamb House I think. Entirely coincidentally, I had taken “The Well of Loneliness” out of the library recently to give it a go but I am not entirely convinced that I can face it, enthusiasm for Rye notwithstanding. Anyhow, here is a picture of Mallards and it is entirely clear on seeing it why Lucia wanted to get her mitts on it. 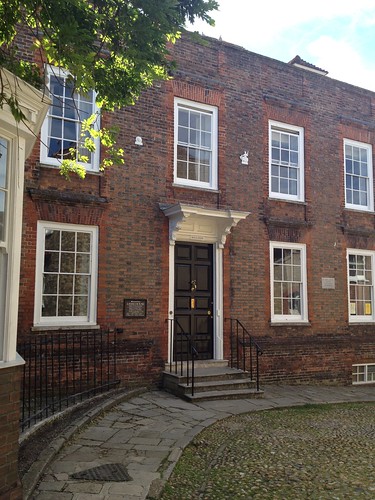 I had forotten that this part of England was also the setting for one of my favourite Georgette Heyer novels – “The Unknown Ajax”. Since I almost know it by heart from repeated re-reading, I was able to recognise the landmarks referred to in the book and was suitably delighted to see the cage of the murderous butcher referred to in the novel when I visited the little museum. Rye is also, apparently, the inspiration for “Five go to Smuggler’s Top” which I am also about to re-read. Your point?

The local supermarket was called Jempsons and it was, insofar as a supermarket can be, charming. Everything about Rye is charming. J bought a ceramic hen for keeping eggs and my soul was filled with envy but as I had travelled hand luggage only, I was not going to be able to buy a ceramic hen as well as a biscuit barrel [why am I obsessed with biscuit barrels?]. Happily, in Cork this week, I found a ceramic hen [someday I will post a picture of my mother’s enormous range of china] and, with my parents’ blessing, brought it safely to Dublin and it is even now surveying the kitchen with a beady eye from its perch. 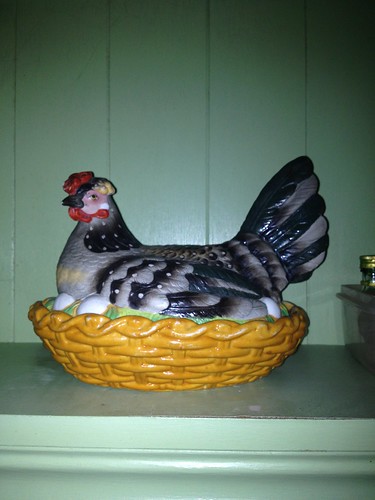 We also went to Camber Sands which are very beautiful but very full of people and built up right to the coast in a way that reminded me of Scheveningen in the Netherlands which is also very full of people. This inspired my friend N who is from Northern Ireland to suggest that next year we might visit the Antrim coast which is also full of beautiful beaches but boasts considerably fewer people. So next year will see us going off to Northern Ireland. Isn’t it well for us?