Obviously, being twins, Michael and Daniel celebrate their birthday on the same day. So, Michael’s birthday post is two months late also.

Michael is skinnier than 99.7% of children his age in Ireland. That’s what the doctor told us so we know it’s true. He has soft brown hair, beautiful skin and a really amazing ability to look cute like the cat in Shrek. He is the shortest child in the family and often points out that he is the youngest and the smallest. He is only the youngest by 20 minutes but that does not stop him entirely inhabiting the role of youngest child. 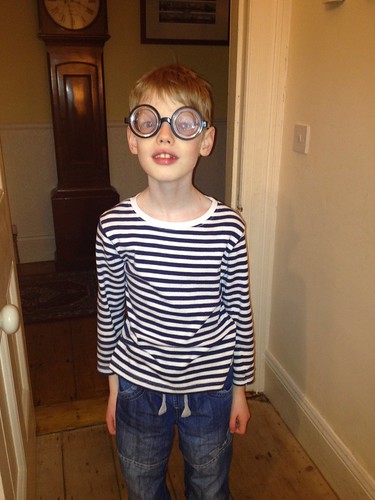 Things Michael will not eat/drink: everything else including sweets and chocolate.

There is a reason why he is thinner than 99.7% of children in Ireland.

Michael hates to leave the house. If he was left to his own devices, he would spend all his time at home. It was only recently I noticed that unlike his brother and sister he participates in no extra curricular activities. This has been rectified as of this month; I am cruel like this. He is doing an art class. It is alright apparently.

He has clothes that he likes to wear and he wears them until they fall apart. Last Christmas he got a long-sleeved green stripy t-shirt and a fleecy blue Gap jumper and he has worn both constantly only changing into something else when they were in the wash. The Gap jumper disappeared in mysterious circumstances but he is still wearing the green t-shirt. He is very faithful to his clothes and toys and they can never under any circumstances be recycled or given away. He is very keen to watch “The Muppets’ Christmas Carol” in the run up to Christmas, just like we did last year. He still reminisces about the old house. His father says that he is the world’s most nostalgic nine year old.

Michael is an extraordinarily sensitive and charming child. He is much more likely to think of what others than you might reasonably expect from someone his age. When I am about to lose my temper, he comes up and pats me on the head. This is surprisingly disarming. When he wants something he asks winsomely and he takes rejection manfully not crying or even looking put out. In consequence he is much more likely to get what he wants than his siblings and is often put up to ask for joint treats. He is generally very biddable, falling in easily with other people’s plans and wishes. However, occasionally, he does not want to do something and then it is absolutely pointless to try to persuade him. He has a will of iron and it is extraordinary to see someone so willowy possessed of absolute and unwavering resolution. If Michael is determined to do or not to do something then generally the rest of us fall in with his wishes. It’s a power he uses relatively rarely but we all recognise it when we see it.

He has no real interest in school work and thinks it is largely pointless but he does it because it is harder to resist and he is, as I say, easygoing. He generally doesn’t make much of an effort. It is pointless to indicate what other people might expect as he is absolutely indifferent to the views of others. He does care about their feelings but he is not working to anyone’s agenda but his own. He has an independence of mind which I find amazing and very admirable. 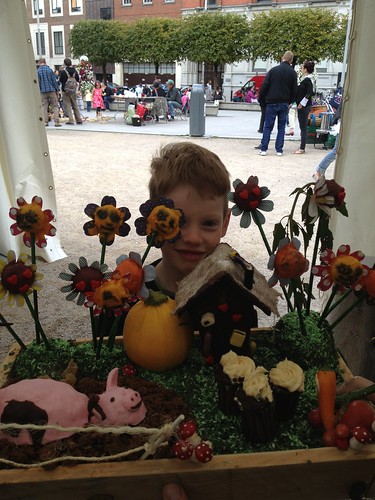 I do worry sometimes that his lack of interest in school may be because he is the youngest in his class (only by 20 minutes and my control sample indicates that this is not necessarily an issue). After his brother the next youngest child is three months older than him and some of the children are a full year older than him. His teachers have always said that he is fine though so I suppose it is a bit of a spurious concern but something has to keep me awake at night.

Michael is not interested in Irish or French and has made far less effort to engage with both than either of his siblings. He doesn’t really see the point. Although he did offer to read a book in French the other day in exchange for some monetary reward, so he may be beginning to see a use for languages other than English. When I think that when we came back to Ireland first he used to speak French to Daniel rather than English. Oh well.

He absolutely loves to read. At the moment he is working his way steadily through Terry Pratchett’s offerings and since we have all read these we can talk about them together which is not the case for “Spy Dogs”. He still loves picture books and Asterix and Tintin remain firm favourites as well as Snoopy, Big Nate and Diary of a Wimpy Kid. He re-reads books over and over again. 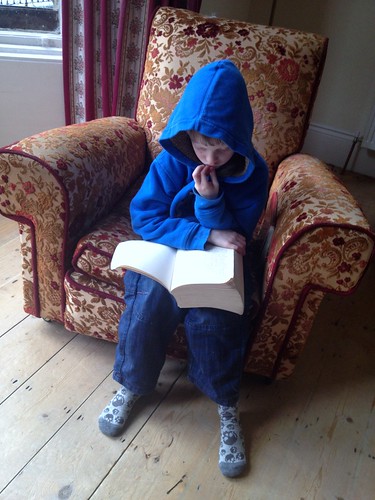 He also loves playing Minecraft and watching endless instructional videos on the computer. He is fond of playing Skylanders on the x-box also. He loves the social aspect of interacting with other children (I hope) on these games.

He is extremely affectionate and unconditionally loves his mother. Once I inadvertently turned off the x-box and lost loads of progress on some game and he was really cross. I was very contrite but he remained cross until after lunch. I am not unused to his siblings being cross with me but it struck me forcibly that this was the most extended period of time that Michael had been cross with me. In general he is never cross with me. He is unashamed, nay delighted, to hold my hand or hug me in public. 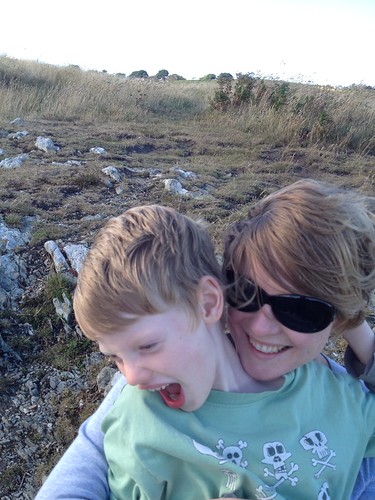 He is the family peacemaker and is generally trying to broker compromise between warring factions. He can, however, tease his brother and then assume a look of saintly innocence which is known, to his great chagrin as his “mischief face.” He and his sister hardly ever fight. He is not much inclined to go in for confrontation. When asked to help around the house he tends to slip quietly away. “Michael, will you unload the dishwasher please?” “No thank you,” he says sliding out the kitchen door. Alternatively he will do what you ask. He will never say, “No! It’s not fair.” He has seen that approach fail elsewhere and uses his own much more successful methods.

He is very concerned about the future of the planet. He is always turning off lights, trying to conserve water and generally environmentally conscious. In November 2013 he made us start to walk to school. Before this we drove in every morning. I am enormously grateful to him for this as walking in to school with the children in the morning is generally one of the nicest parts of my day. Without his determination, I think this would never have happened. Some way before we get to the last traffic lights before the school, he kisses me goodbye and says, “If the traffic lights are green, goodbye.” And I watch him running down the pavement, his rucksack bouncing on his back, weaving between office workers and tourists looking small but infinitely self-possessed and a part of my heart travels with him.