Leaving aside books written by those nearly related to me, these are my top 5 books of 2014, in order of preference:

2014 was a really great year for me – I read loads of books I enjoyed very much and the choice of a top five was unusually hard. More detailed reviews below, lifted from old posts and slightly updated, if you care.

“In the Woods” by Tana French

This is one of the best books I have read in a long time. It’s a detective story and a page turner but also very well written; quite lyrical in places without ever being dull. The author has written quite a few books and I plan to read them all. I’ve read another one since and it is just as good as the first and would have made this list only I was very tight for space.

I really enjoyed this collection. I had read some of her work in the past and found it tough going but I found this collection drew me back again and again and I was putting aside other things to read it. I am not sure whether her style has changed or whether I like her better now that I am older. These short stories are all sad. They are slices of life and although things happen, that is not really the point. She is superb at drawing characters; not necessarily very nice or appealing characters but convincing ones. She writes beautifully. Well worth a read.

My kind sister-in-law gave me a present of this in the Persephone Bookss edition and I was charmed. It is a lovely novel about a young married couple in their first home. The couple are singularly ineffectual, always running out of money and live in fear of their maid whom they call “the murderess”. All their crises, however, are minor ones and happily resolved.

I discovered on reading the introduction that Angela Thirkell, whose books I like very much, was the older and much loathed sister of Denis Mackail. Apparently she was by far the stronger personality of the two. I can see that as there is a sweetness in “Greenery Street” which is entirely absent in Thirkell’s work.

This is a very entertaining read but might possibly be even more entertaining, if you were intimate with literary London in the 1980s. Unacquainted as I am with London literary figures, it still made me laugh. Also, Alan Bennett is a lovely man.

“Look Who’s Back” by Timur Vermes

The conceit of this novel, which was a best seller in Germany, is that Hitler wakes up in modern day Germany. Everyone things that he is a Hitler impersonator and he becomes a media darling. It has some very clever and amusing pieces like when Hitler tries to set up an email account (“Adolf Hitler” – No that’s gone – “Reichstag” -That’s gone too – and so on) and when he visits the neo-nazi offices. Quite daring overall, as well as funny, and interesting. 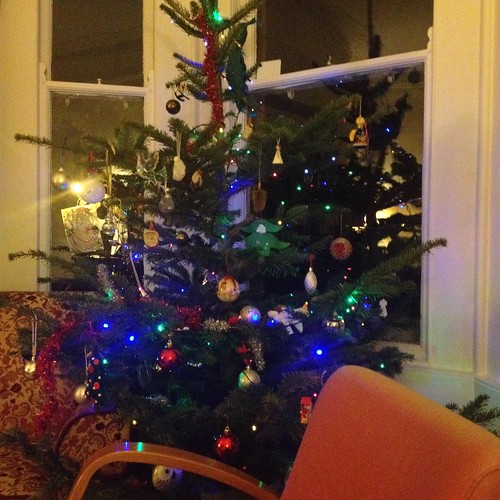 Mr. Waffle and I eased ourselves into January by going for a walk in Glendalough today. It was pretty rainy but pleasant all the same. 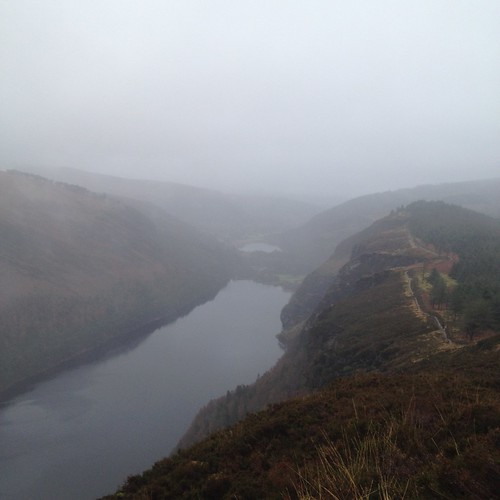 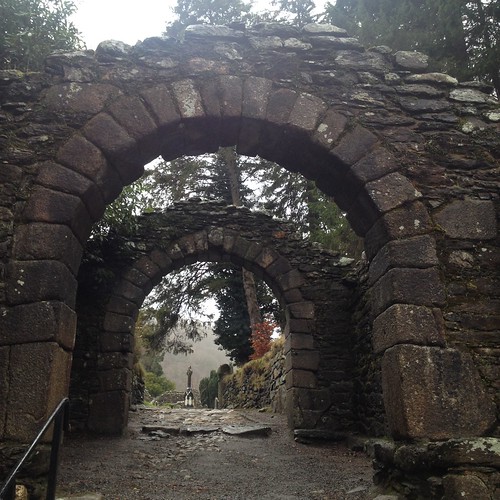 I have seen it look like this in sunshine; to be honest, that is better. I felt for the American tourists who were unlikely to be back. 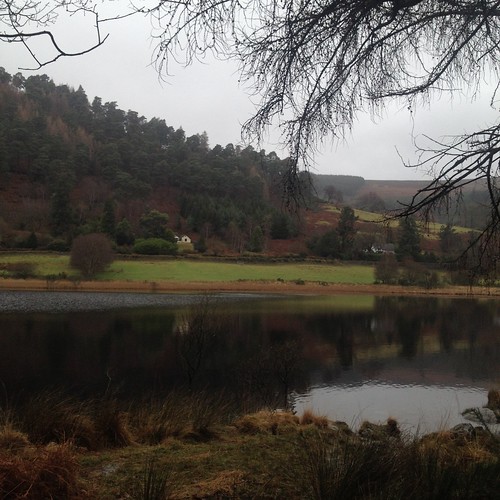 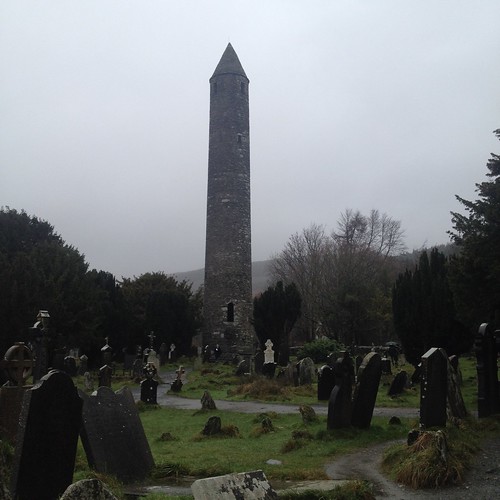 The visitors to the toilets have strong views about grammar. Glendalough: attracting pedants from all nations. 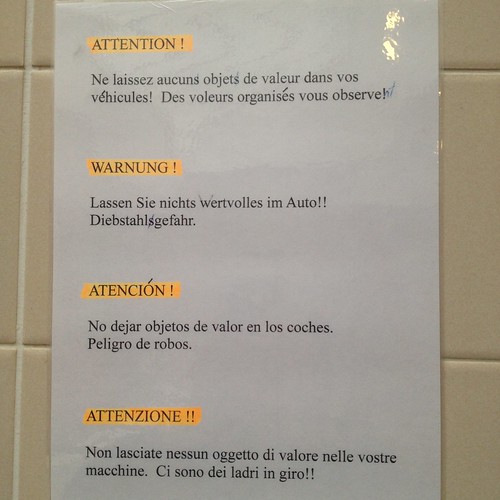 When we are in Cork, rules about electronic devices go out the window and, basically, if you can get to it, you can play it.

We had a bit of a fractious lunch today and Michael went around spreading oil on troubled waters, effecting reconciliation between the warring parties. We then had the following conversation.

Me: Michael, you are a great peacemaker; ‘Blessed are the peacemakers, they shall be called children of God.’
Michael: Oh, well that’s not much good to me as I don’t believe in God.
Mr. Waffle: Well, “Blessed are the meek, they shall inherit the earth.” So that’s better.
Michael: Hmm.
Me (curiously): Why don’t you believe in God?
Him: It’s just impossible. [Pause] In fact, I think that the gods of the ancient world are actually much more believable.

Maybe he’ll grow into it.