We were in Cork at the weekend.

Herself cycled into town with her aunt using a Cork bike. She was very taken by the segregated cycle lanes. She is still alive.

Following my encounter with the people from Colorado, I was determined to take in Blarney Castle next time we went to Cork. While it wasn’t worth driving up from Killarney twice to see, I think, on balance, it was worth the 15 minute drive from my parents’ house.

It was lashing but we wore our rain gear like proper tourists. The castle is like loads of other square fortified castles in Ireland without a roof. 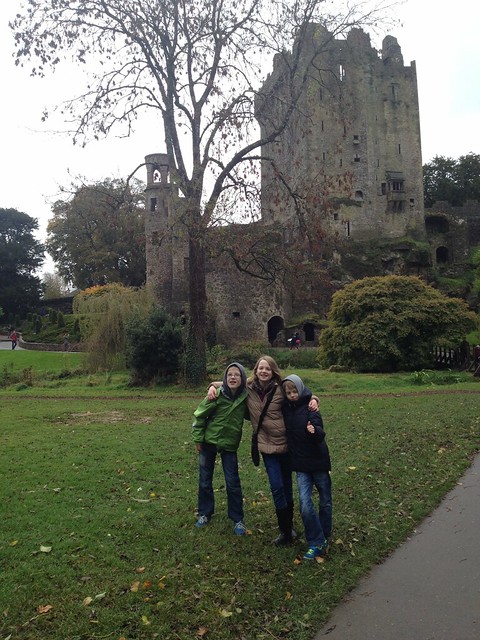 I have to say that they do a fantastic job with the rather limited material available to them. I have visited the castle before but not in years. I retained a vivid memory of the actual stone kissing being rather hair raising. My memory was not at fault. Daniel and Herself refused point blank to kiss it. Michael was the bravest but so speedy that I failed to immortalise the moment on camera. However, Daniel was to hand to record my latest kissing of the stone.

See that gap at the top of the castle in the battlements? That’s where the stone is. Hair raising indeed, I can tell you. 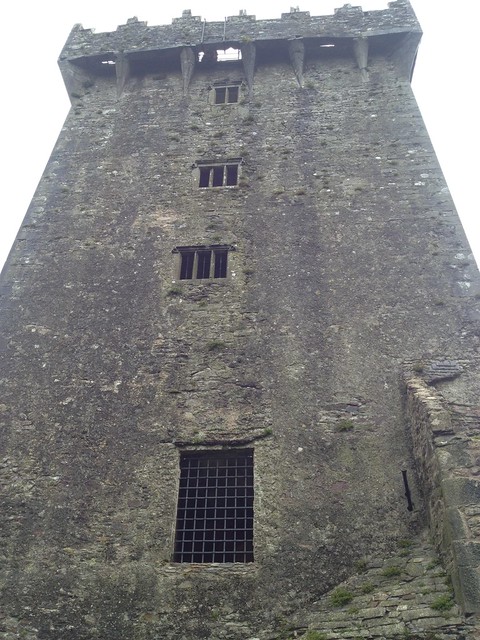 There was some old graffiti. The standard of graffiti seems to have gone downhill over the years, frankly. 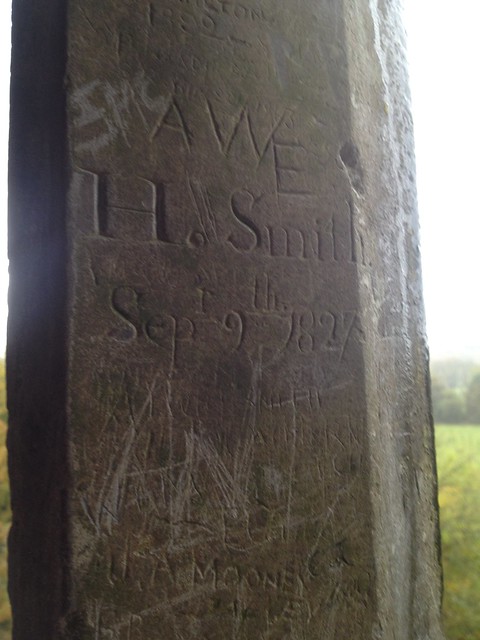 After our castle adventure, we went for a nice cup of tea. The cafe was in the stable yard. In the main room there was a delightful roaring fire but no space. We found ourselves shunted to another room where the stables had been turned into rather drafty booths for tables and chairs with, for added authenticity, manger and trough still in situ. Not entirely successful in my view. 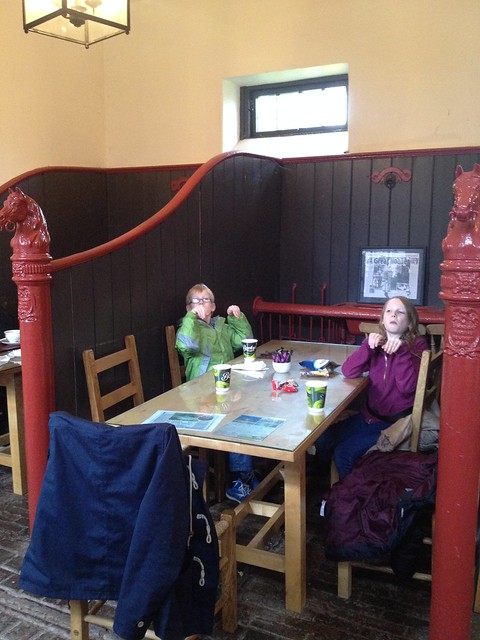 There was lots more to see including a cleverly designed poison garden (the gardens in general, however, were not at their best what with it being October) and a small playground. All in all, it wasn’t too bad. We might even go back for another visit. 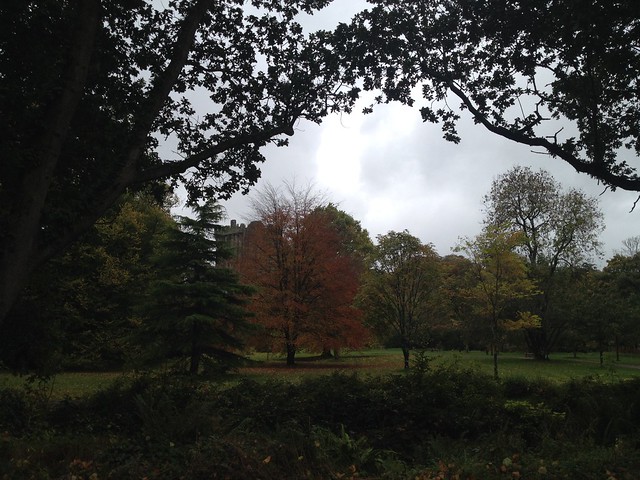 Updated to add: look at these delightful pictures of Blarney castle that I saw in the Crawford Gallery. 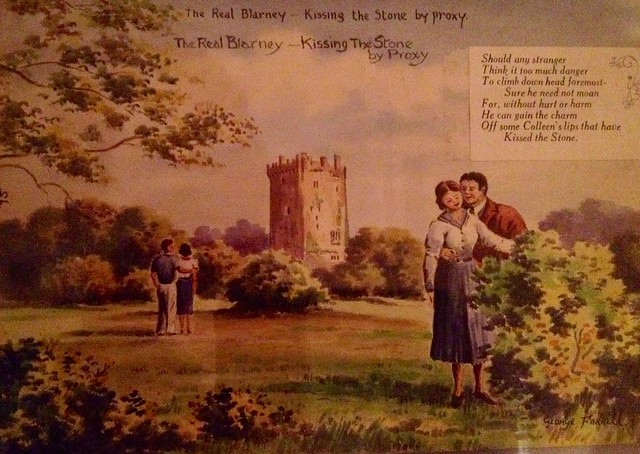 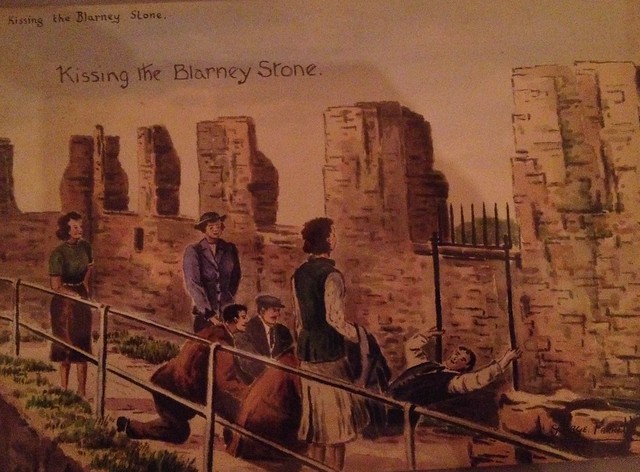 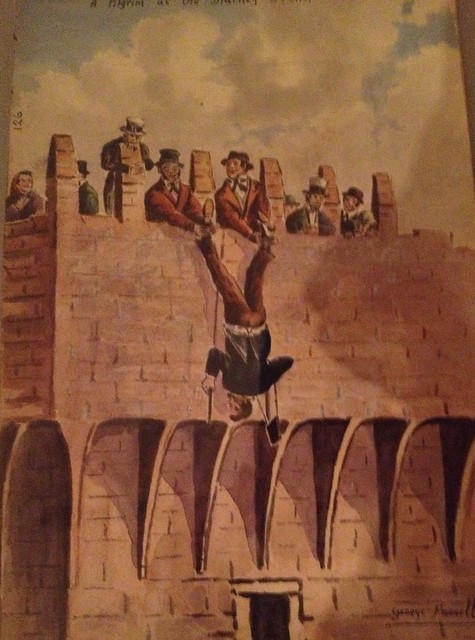 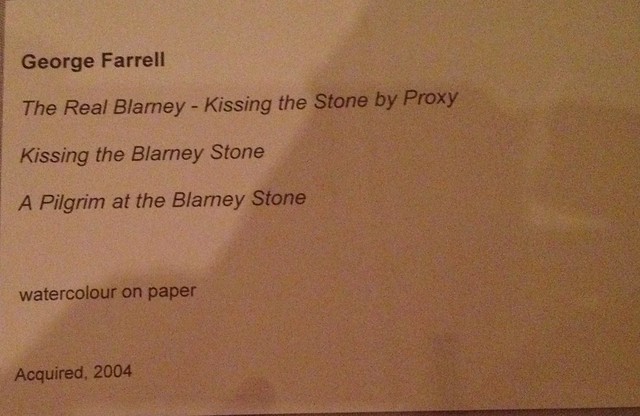