The boys are finishing primary school tomorrow. All this year, I have been conscious as we walked in each morning that this was our last year. We started walking to school in November 2013 and we’ve walked almost every morning since then. It is often the highlight of my day. We walk through two small pretty parks and we talk. We know the cycle of every pedestrian light on the route; which ones are slow which ones are speedy. Herself walked with us until she started secondary school in September 2015. I used to love to chat to her. In one of the parks, the boys would run through it and she and I would walk around it talking of important matters now lost in time. I was so sad when she went to secondary school and I no longer talked to her on that morning school walk.

The boys and I developed our own routine though. They run to the first park while I cycle. I ring my bell as I pass them and they run more quickly.  Michael bows in a superior manner as I dismount on arrival in the park; Daniel is above this usually, though sometimes he joins in. The park is so beautiful at this time of year. I often think of that line from the Gerard Manley Hopkins poem “I caught this morning morning’s minion, kingdom of daylight’s dauphin, dapple-dawn-drawn Falcon, in his riding”. The light through the trees reminds me of it though, to clarify, I have never seen a falcon in our Dublin park. 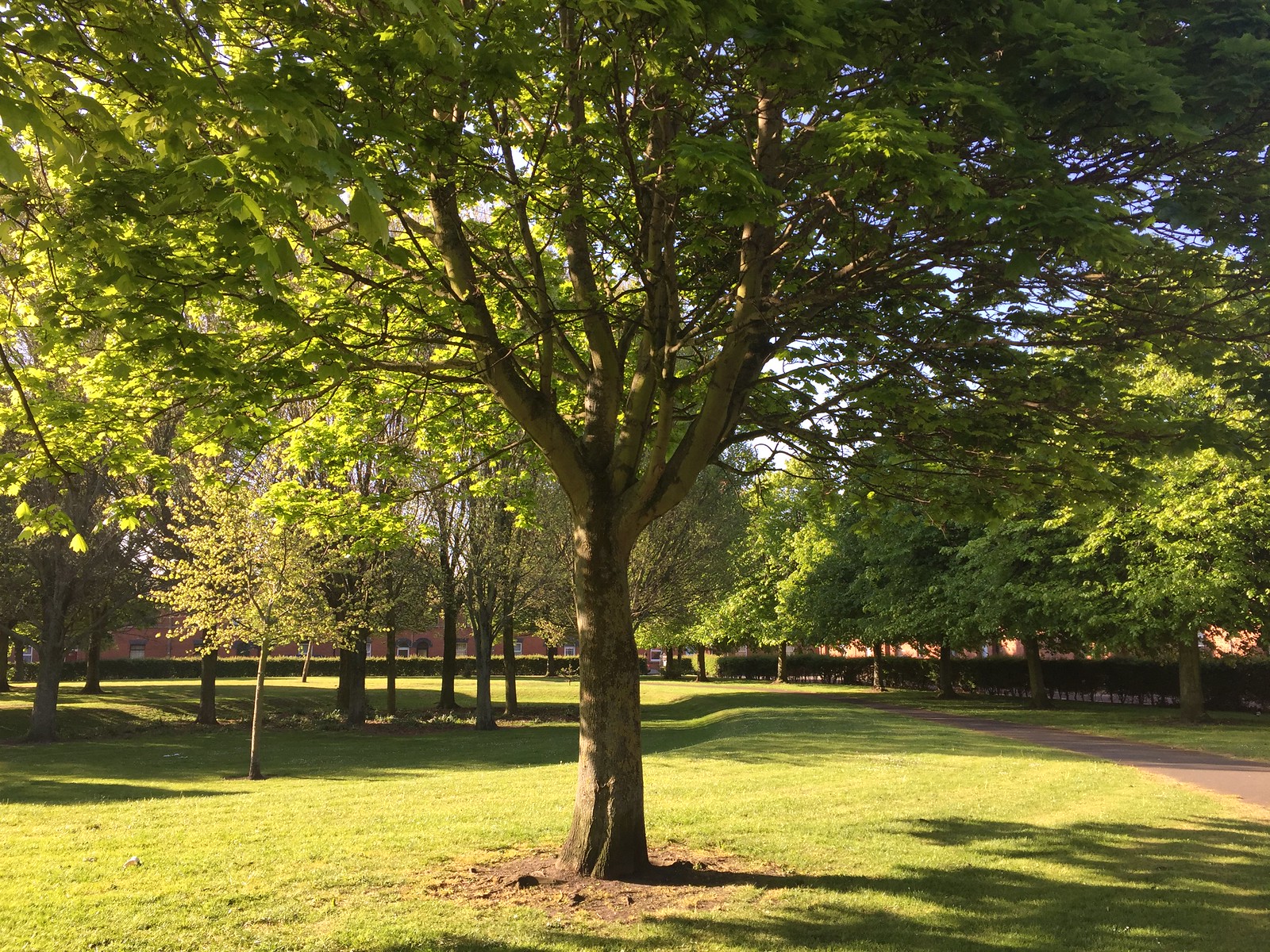 All year long we look at the leaves. None in winter, coming out in stops and starts in spring, leafy green in summer, then turning and drifting into huge piles in the autumn. We know which trees lose their leaves earliest and come into leaf latest. We check them every school day. We know the men who tend to the parks. We know the postman and depending where he is on his route, we know whether we are early or late. We exchange views on the weather with him. 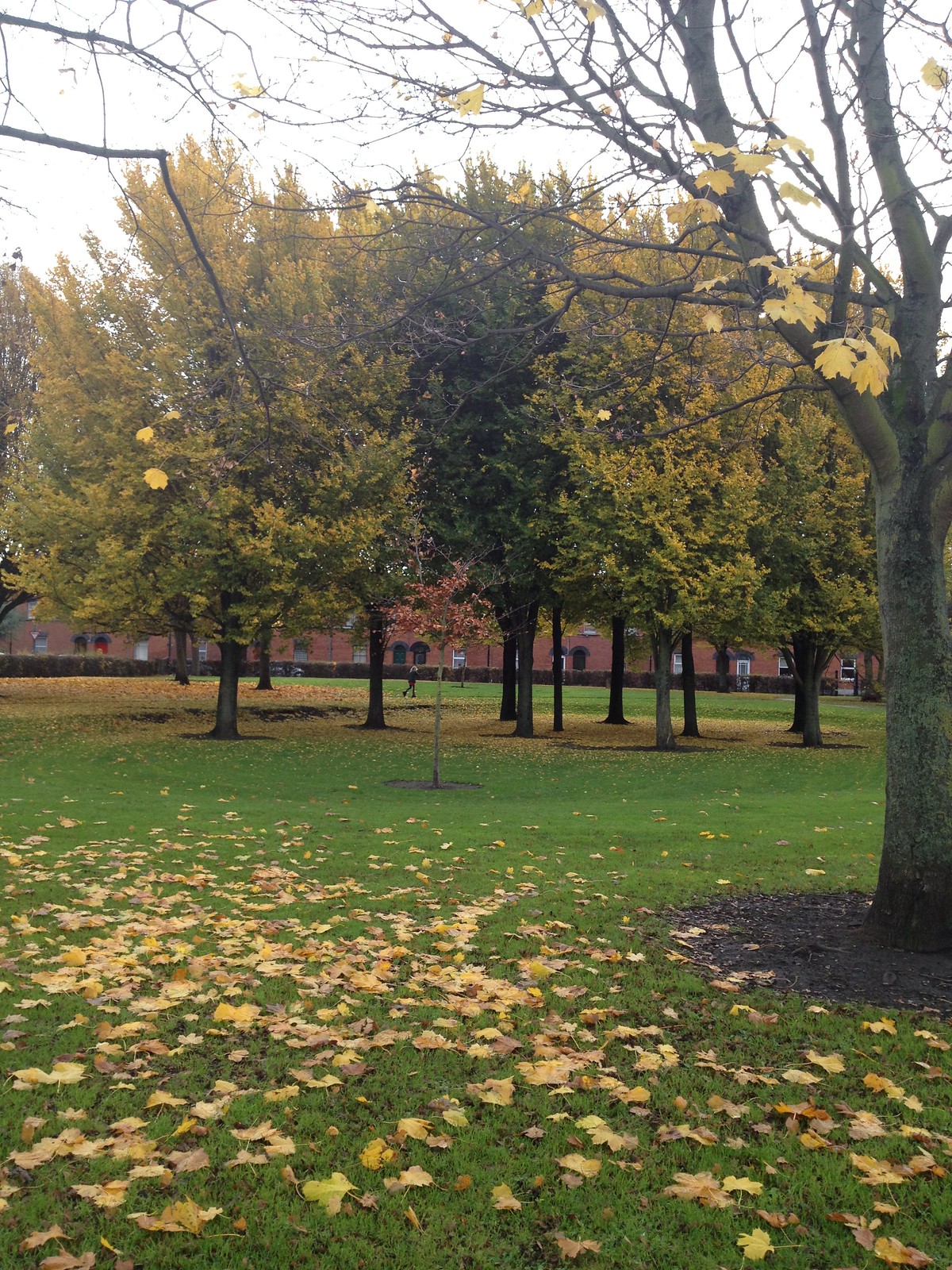 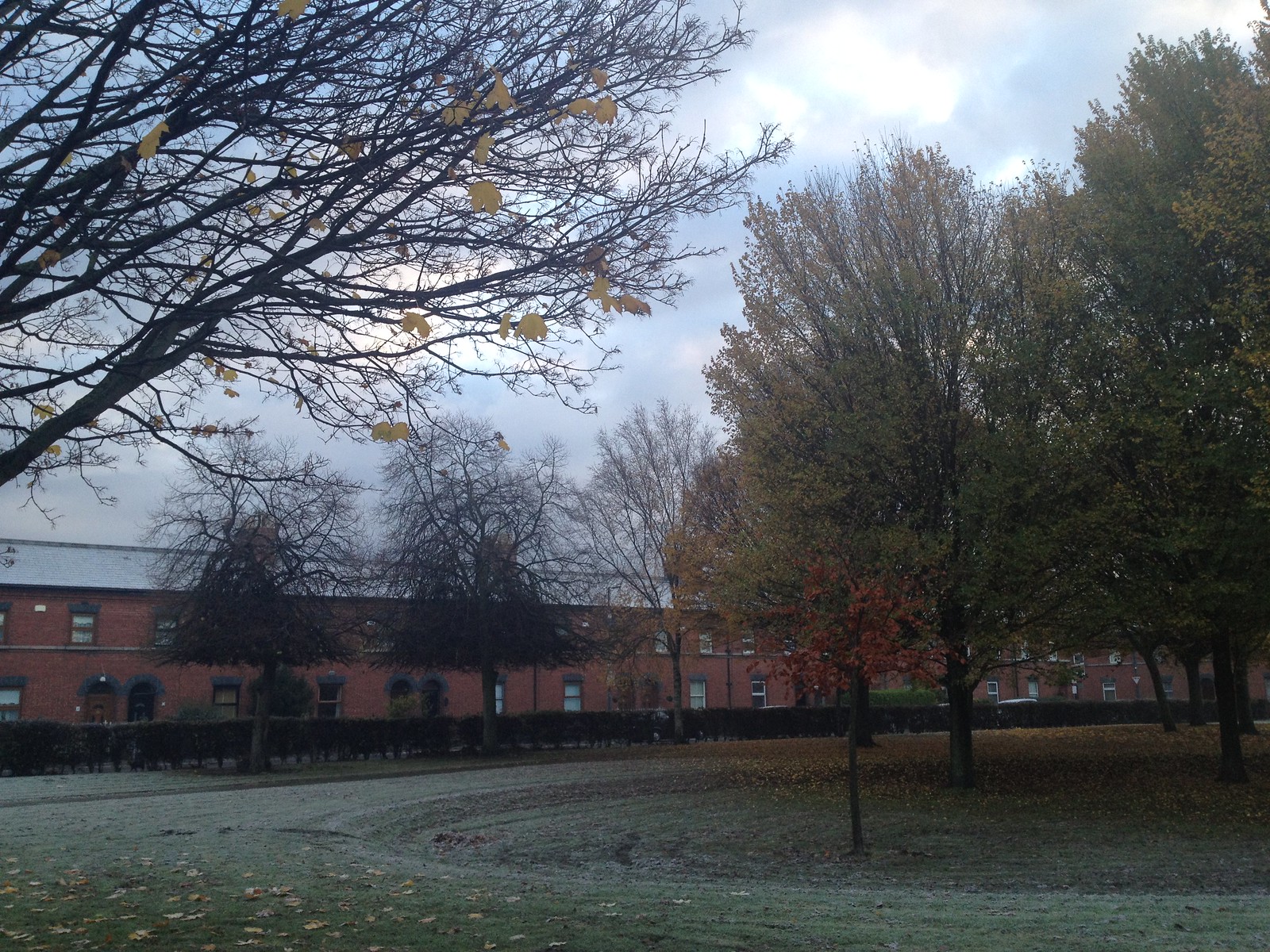 We pass the house that has no front garden but an amazing and impressive range of climbing and window box plants. We compliment the owner on it, if we see her – she often tends the plants in the morning, watering and training them on climbing frames – and she compliments the children on their reading at Sunday mass.

Then we go on to the next park. Sometimes we meet neighbours with children in the school on the way to this park; we pass their house every day. We call them the opposition and race them to school. When we started walking, their baby sister came in a buggy, now she’s walking into school wearing her uniform.

This next park is full of flowers. We know when the daffodils come – for my birthday in March, the tulips – for the Princess’s birthday in April and the red maple and ivy – for the boys’ birthday in September. 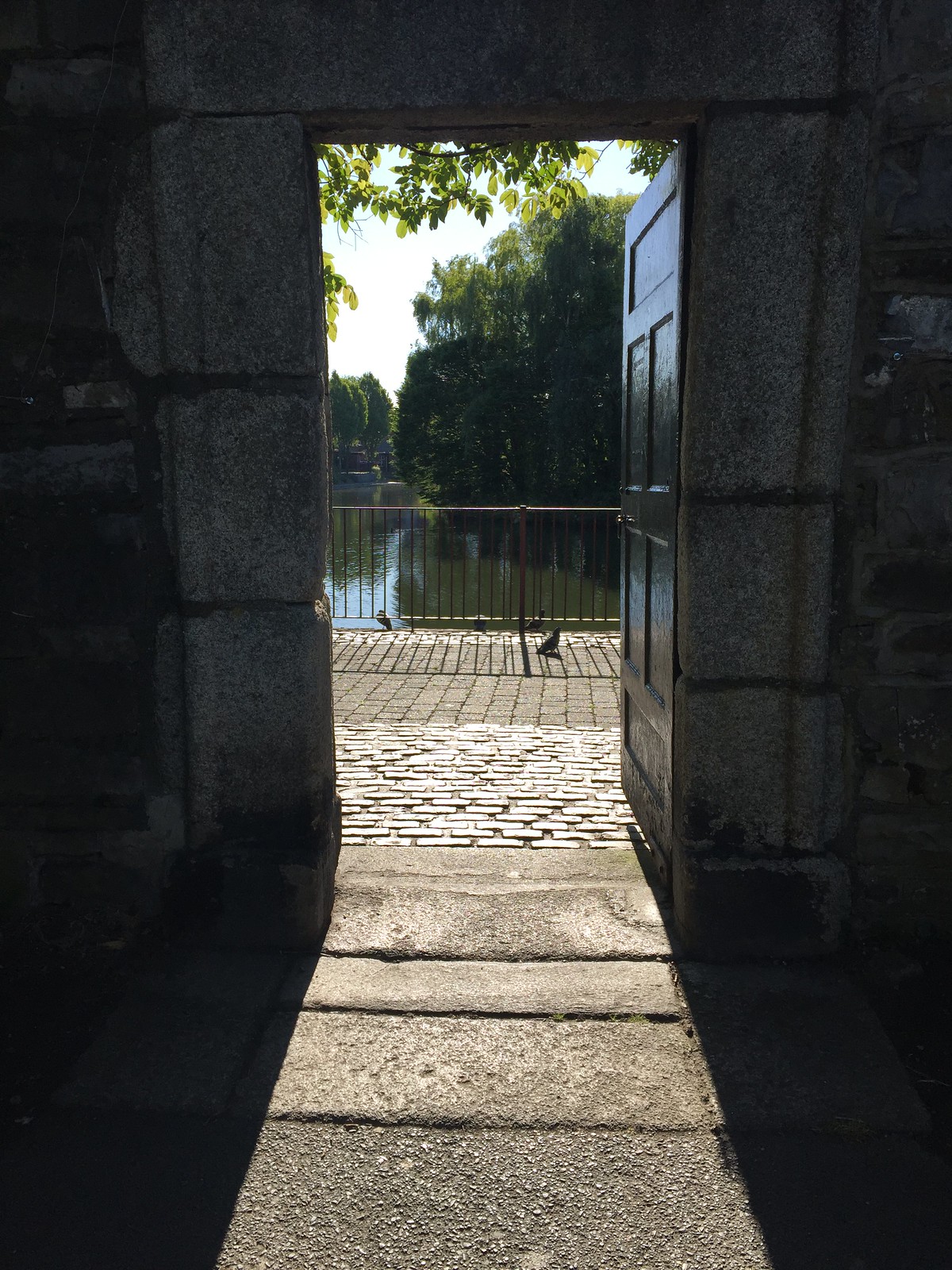 In winter, the sun rises over the far side of the pond and sparkles on the water. Sometimes we see a heron. In December, there’s a Christmas tree. 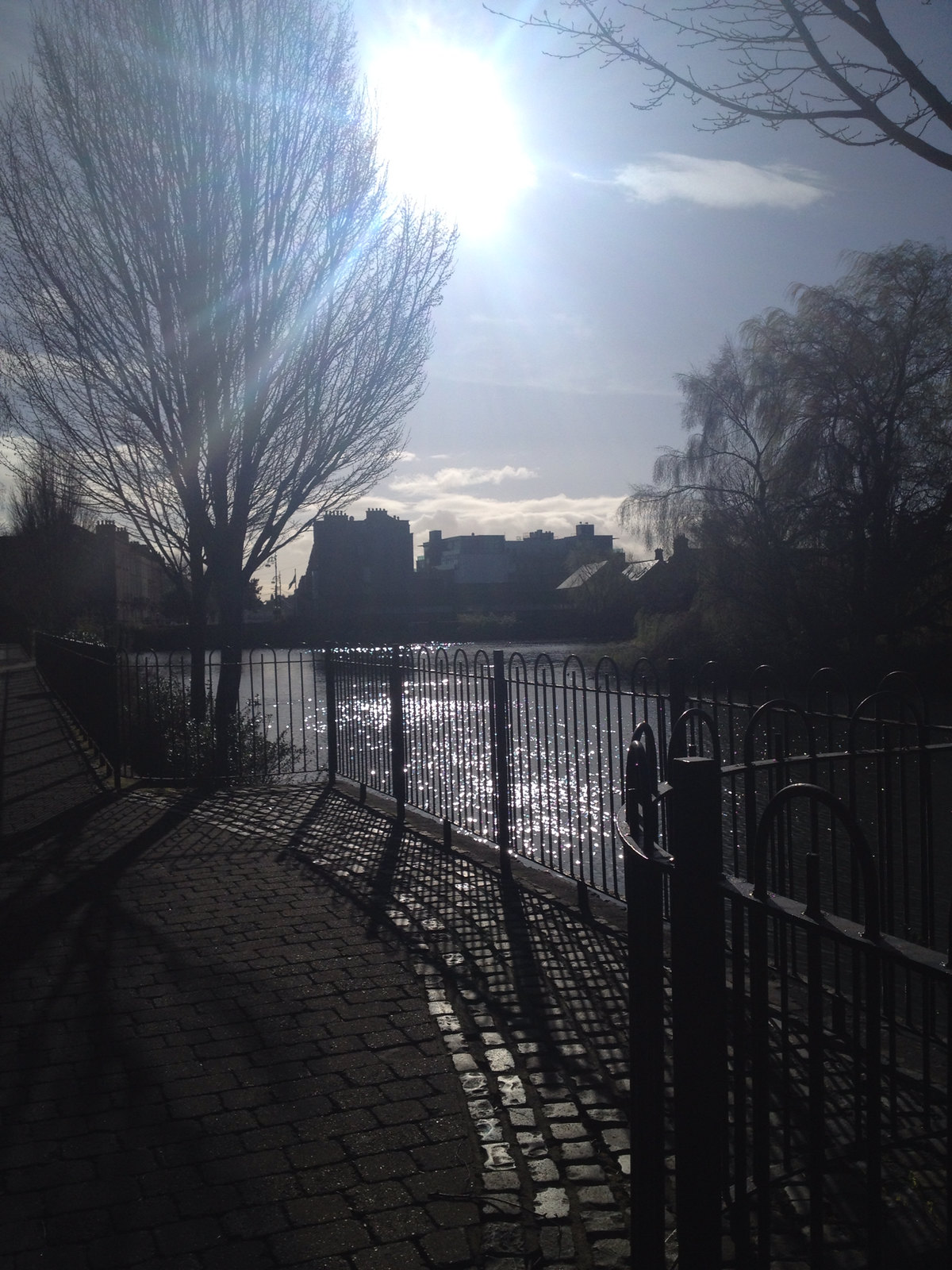 Just one year, it froze. 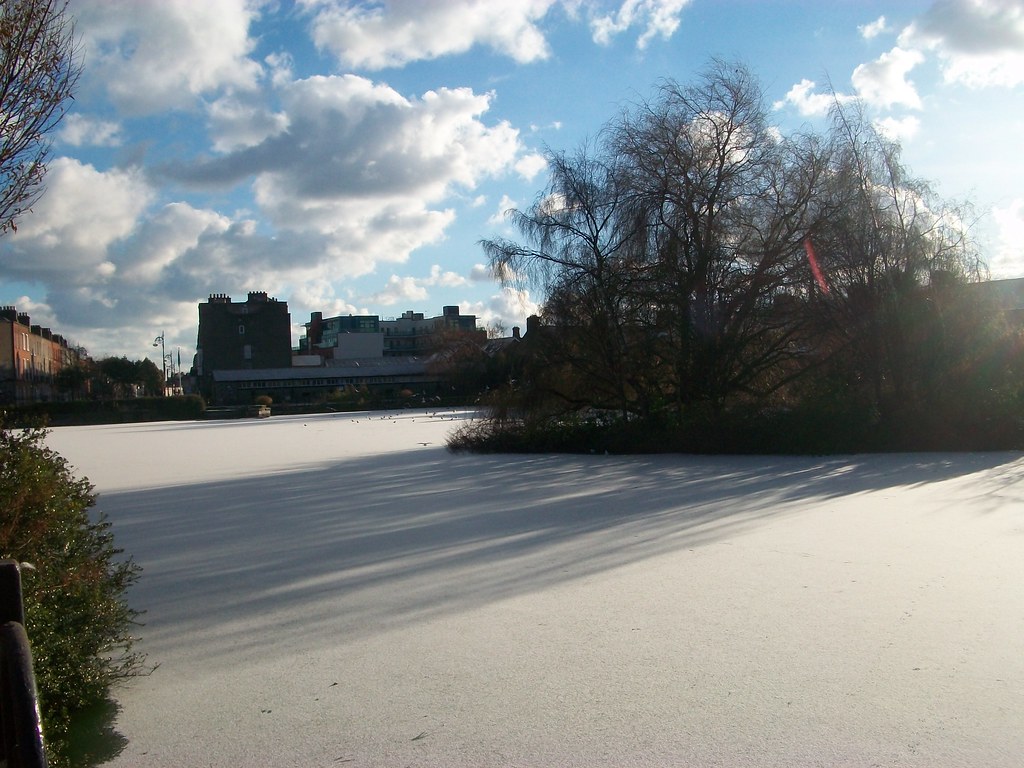 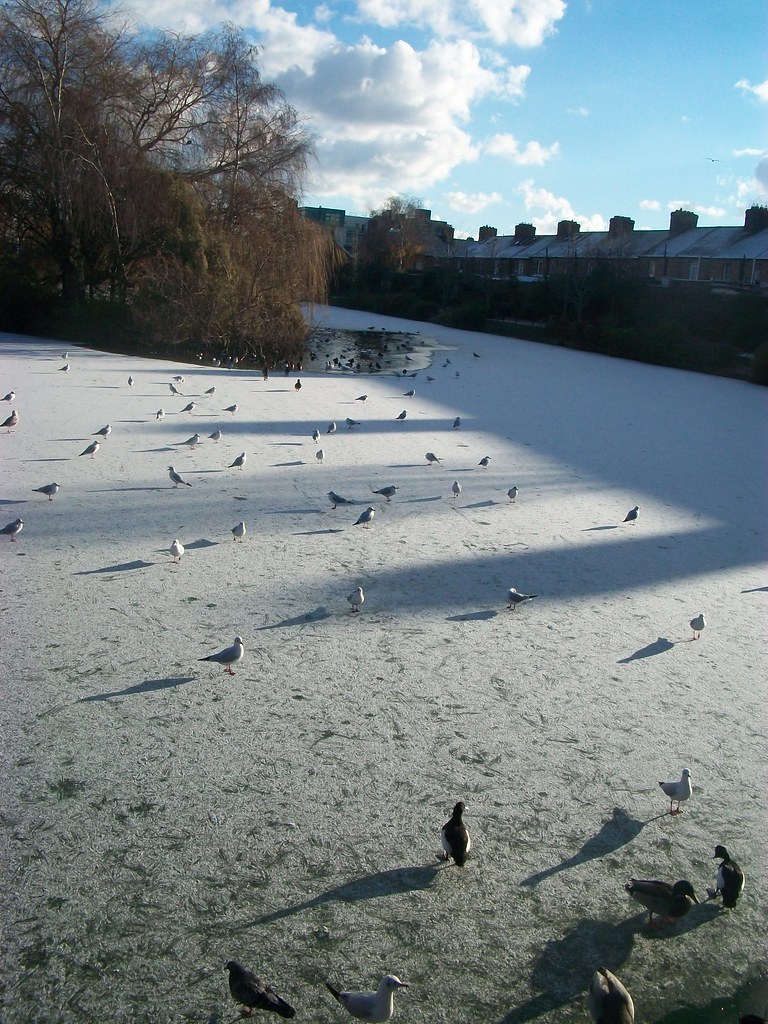 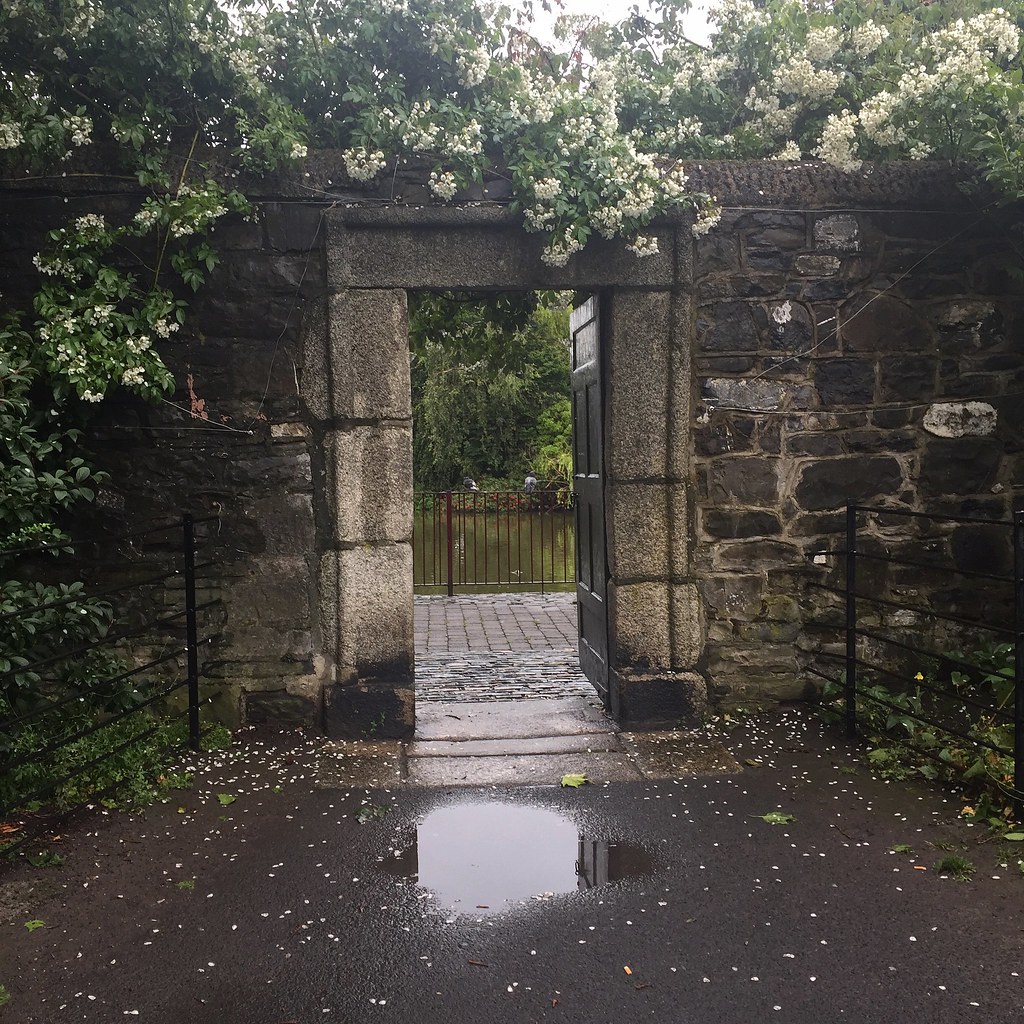 After this park we are nearly there. We admire the stone owl as we leave the park and then we pass a beautiful old house covered in wisteria and ivy. For years we have been tracking the ivy’s progress as it engulfs the houses on either side and greedily makes its way towards second next door. 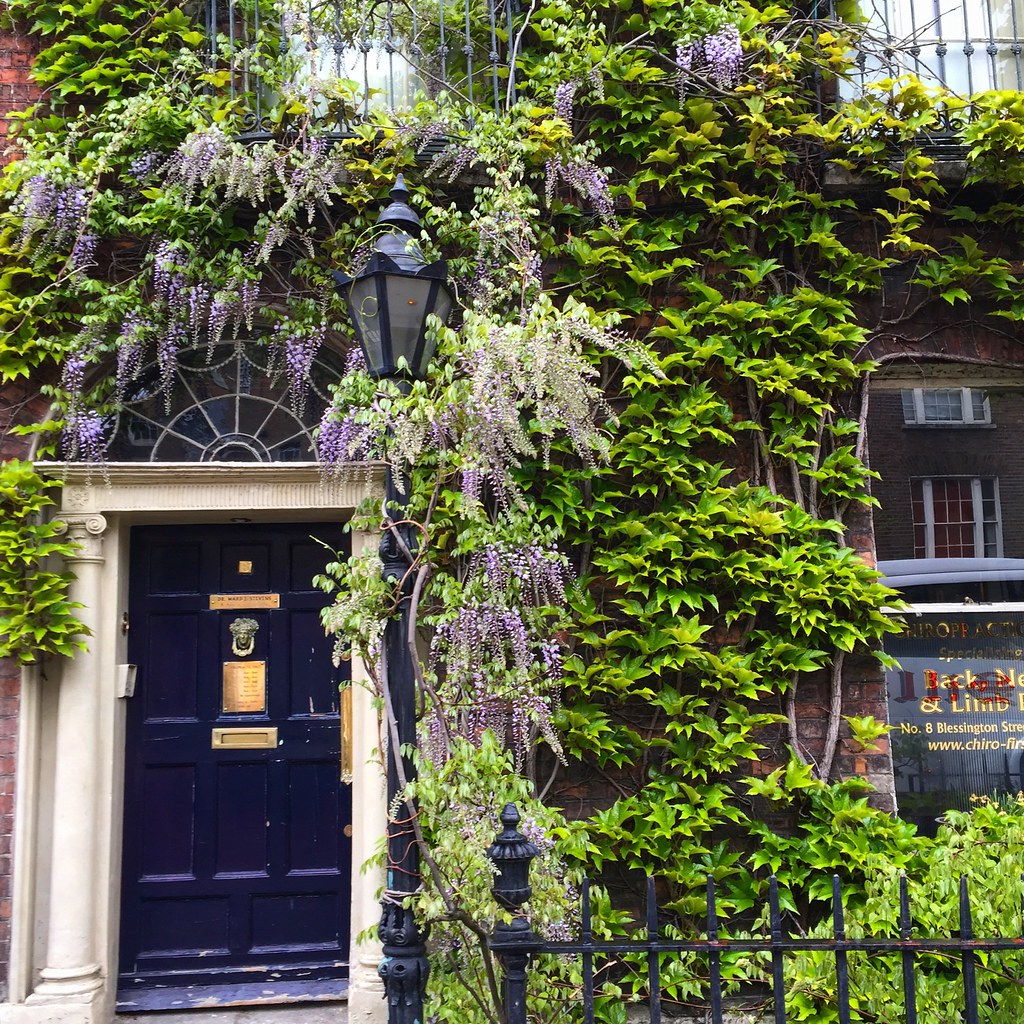 At this point we usually meet other children walking or cycling or scooting to school and the boys chat to them or run with them while I talk to the parents. We all come together again at the world’s slowest traffic light. Any given morning, there’s a big gang of parents and children waiting patiently for the traffic lights to change and give us a chance to cross. Then I cycle the last bit downhill and wait for them with their bags at the school. Now they are so big, I leave them to wait outside the school door until it opens; when they were younger, I waited with them, but they are anxious to say goodbye now and get on with their days. 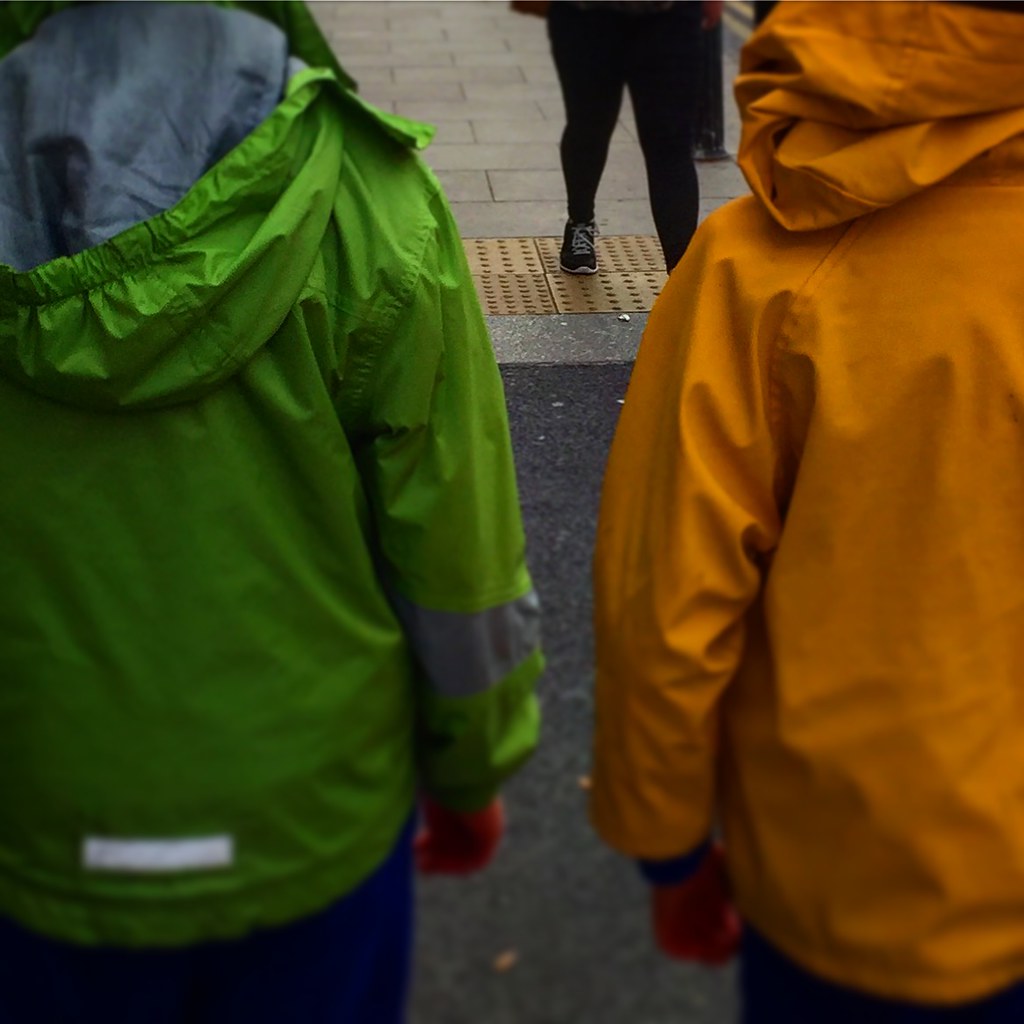