My sister and I did a bit of bonding in Cork in early July. We went to Ballycotton where I found a walk I had never known before but everyone else in Cork did – it’s been there forever apparently. How fortunate my children are that I have never previously been aware of it although we stayed in our friends’ house in East Cork many, many times over the years. It’s not too late. 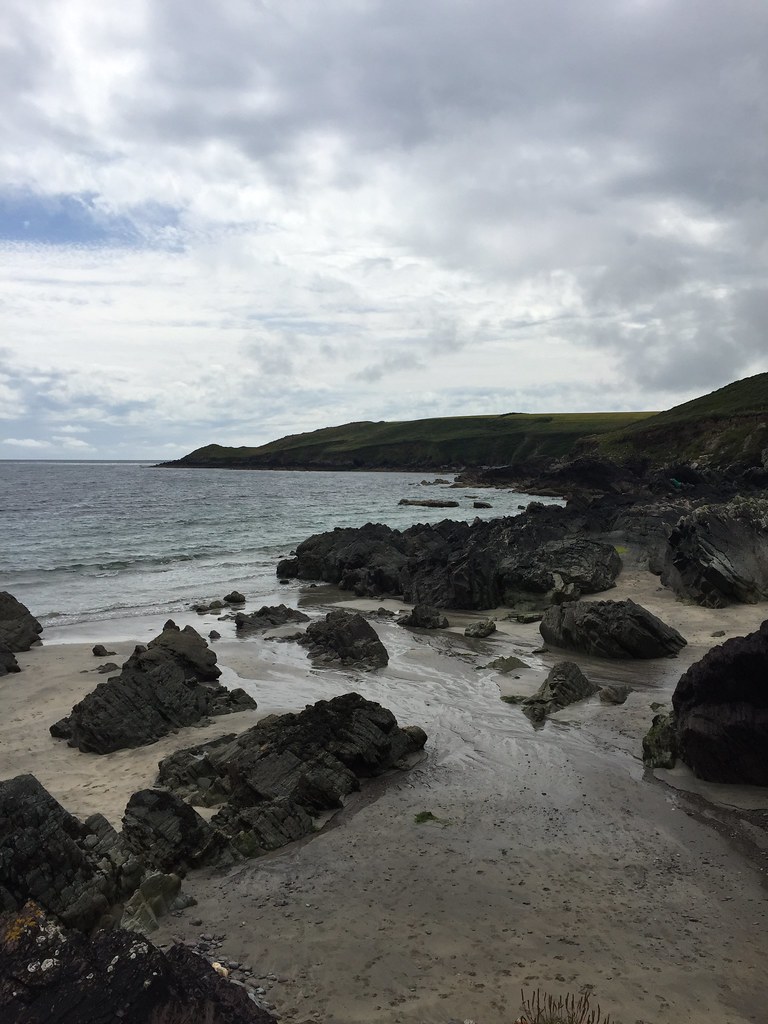 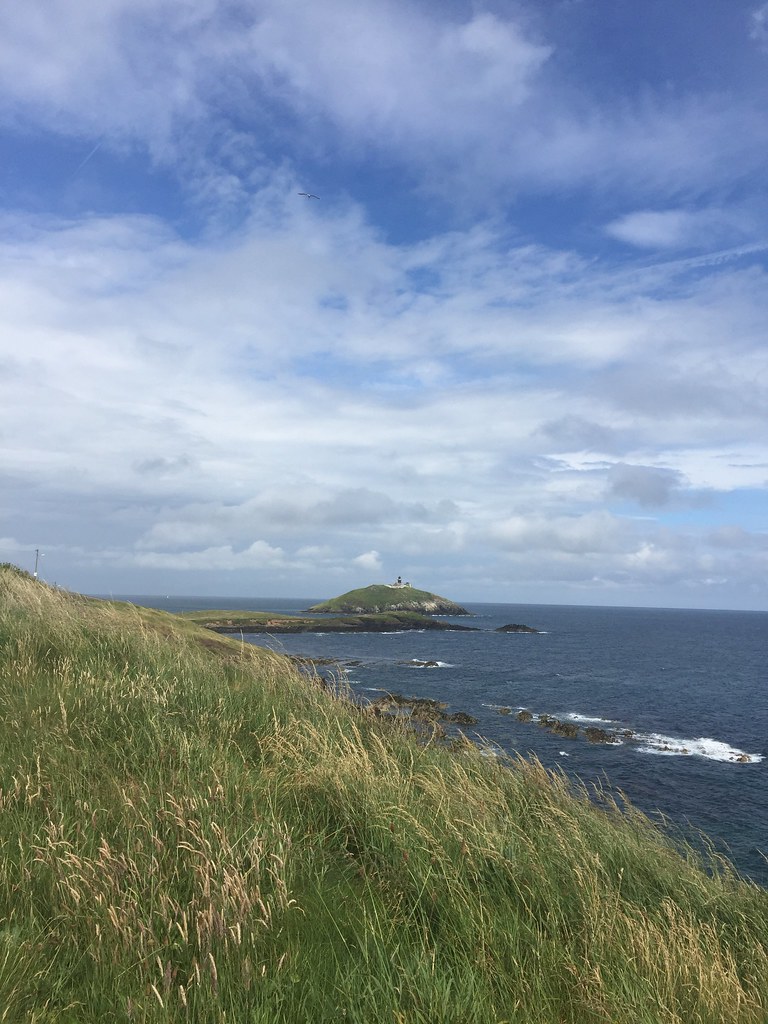 In an exciting development, the boys took the train to Cork alone. 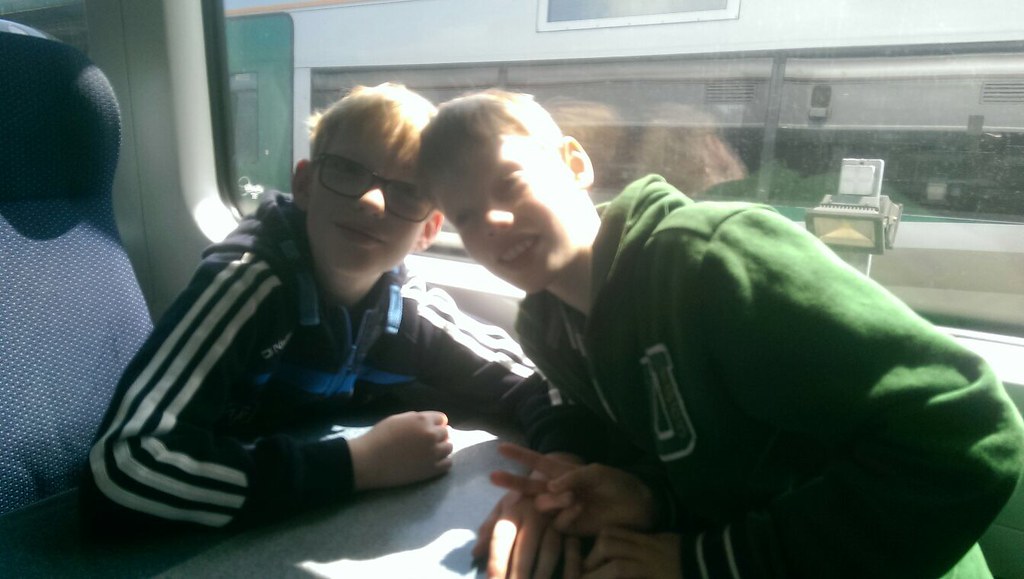 It all passed off very smoothly, unlike when their sister took her first solo train ride and they were quite proud of their independence and ability to travel unaccompanied. In a related development, we said goodbye to our last childminder. This is the first time since 2003 that we haven’t paid childcare fees and I am enjoying the resultant boost in income which I should be putting into the mortgage but am spending on riotous living. It is the end of an era. Our last childminder wasn’t a great fit; she would have been better with younger children, I think and she was never as popular with the children as her predecessors. Also, I think the boys would have preferred to travel home from school alone like some of their friends but I wasn’t entirely happy with having them manage alone in the exciting urban environment from where they had to get the bus. Daniel once described how a man slightly the worse for unspecified intoxicants came up to him and Michael and asked where they went to school. When they answered politely, the man started to rant about their school and abused it and them in pretty unpleasant terms. “Where,” I asked, “was the childminder?” Apparently she was standing a bit further away, it’s unclear to me why he didn’t go nearer to her or she didn’t see what was going on with them but at least she was there and I suppose there was a responsible adult nearby if things turned nastier. I did feel a bit that I was paying to have someone sit in my house looking at her phone as despite my very best efforts there didn’t seem to be very much interaction between her and the children which they all seemed to enjoy very much.

I digress. While in Cork, I briefly met my friend the heart surgeon in Kinsale. She was back from America with her husband and four children for a holiday. I brought the boys to meet them. Unfortunately, all of the children are reaching an age where you cannot put them in a room and say, “play together” so they ended up sitting inside watching the TV and not bonding. It gave the adults a chance to bond outside while admiring their truly beautiful view. She says that Trump is giving middle aged men all over Vermont heart failure as they lie awake all night worrying. On the other hand, I suppose they were having heart failure already as, if they weren’t, how was she gainfully employed?

I must say the weather has been lovely this summer and Cork has been particularly delightful. The boys may not have loved the visit to the Crawford Gallery 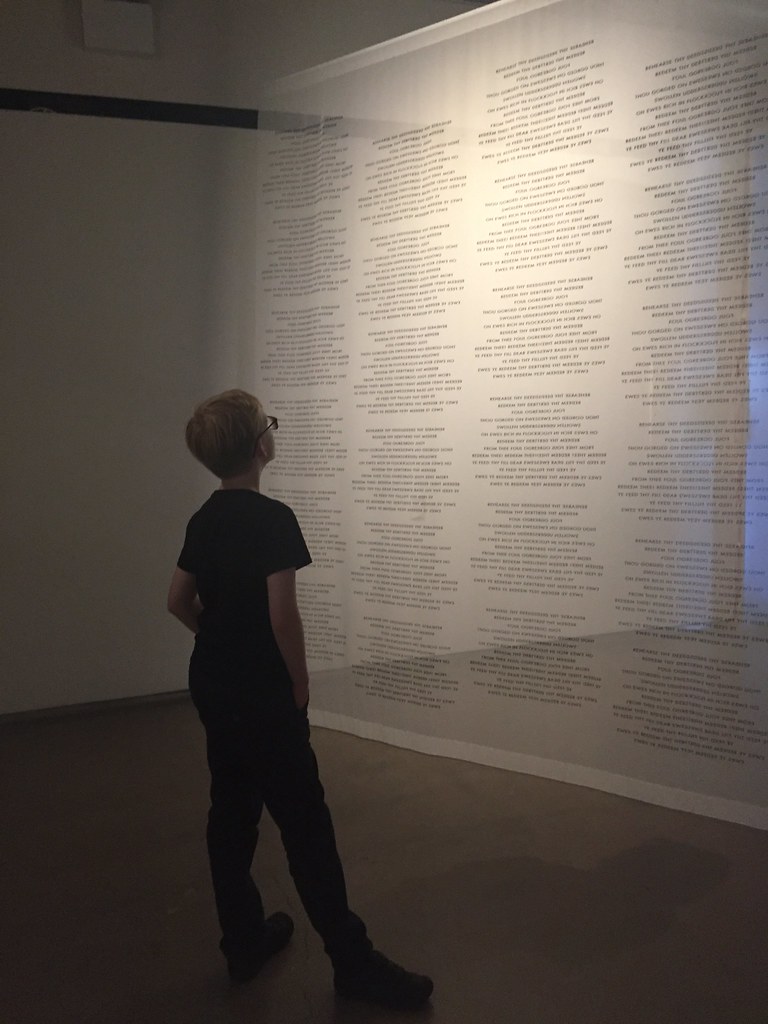 or the riverside walk under the trees 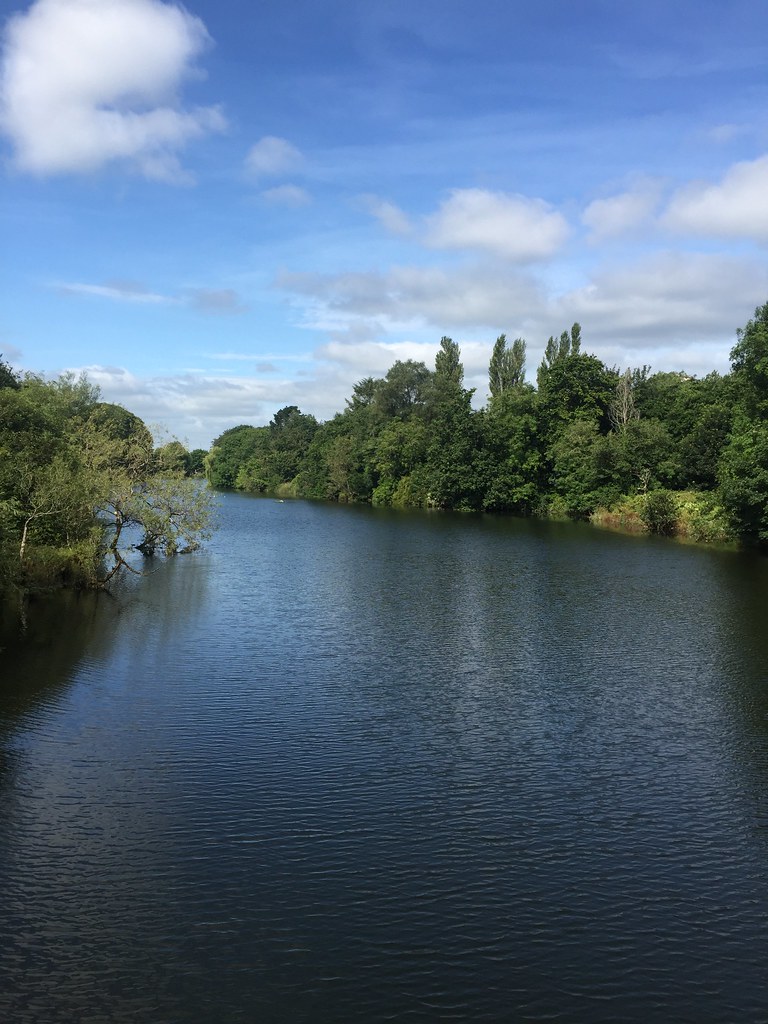 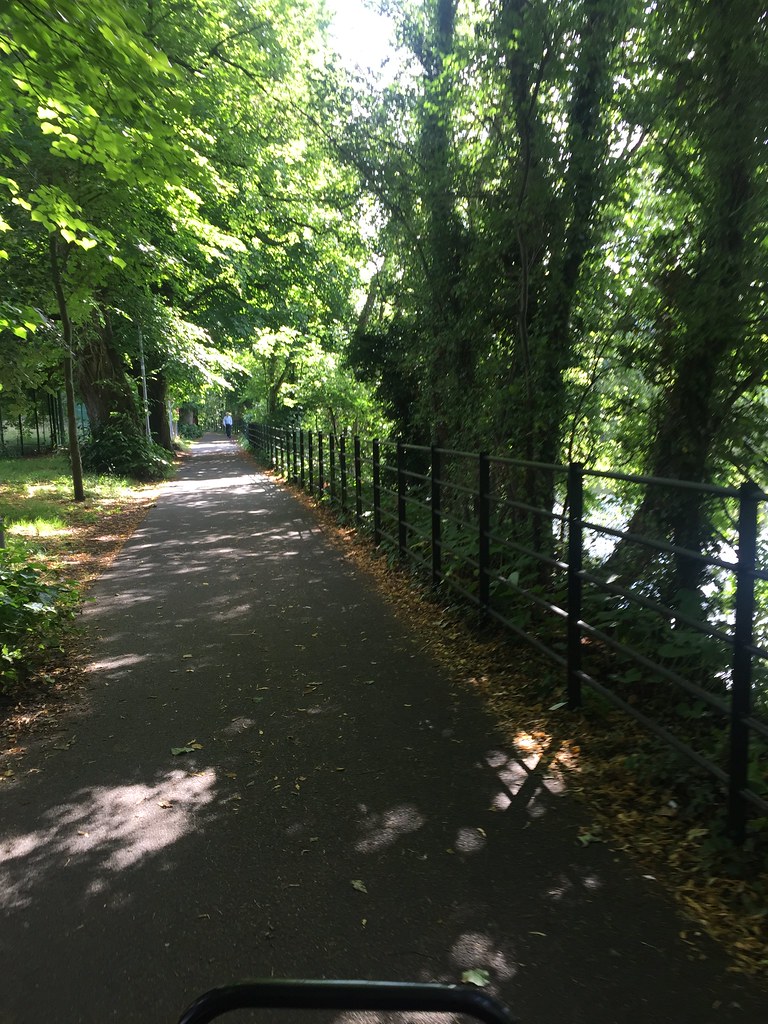 but they got to have pizza at Milano’s so, you know, not all bad. And it’s always good to jump on the Shaky Bridge. 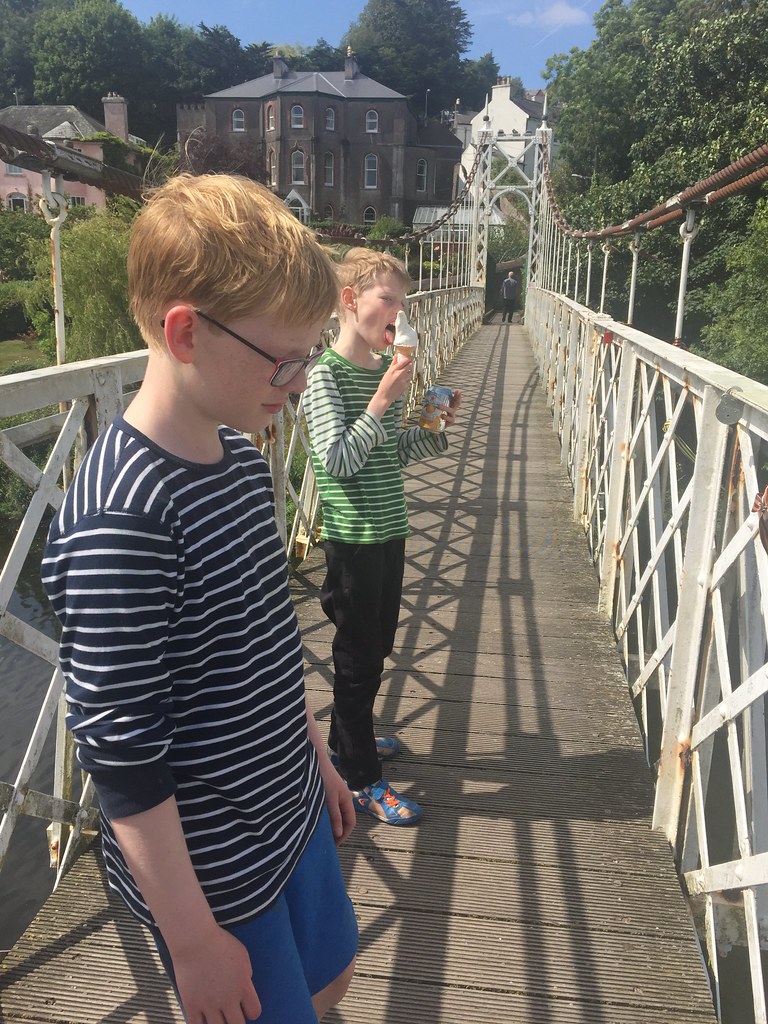 They were strangely unimpressed by the excellent window display in Liam Russell’s on Oliver Plunkett Street. 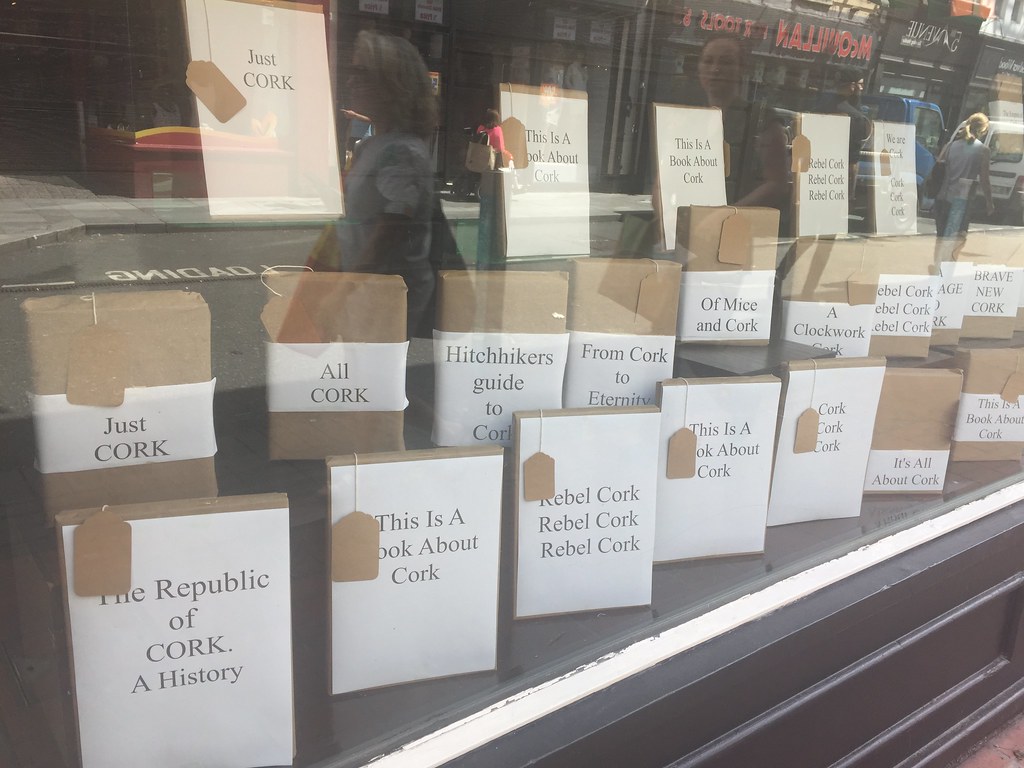 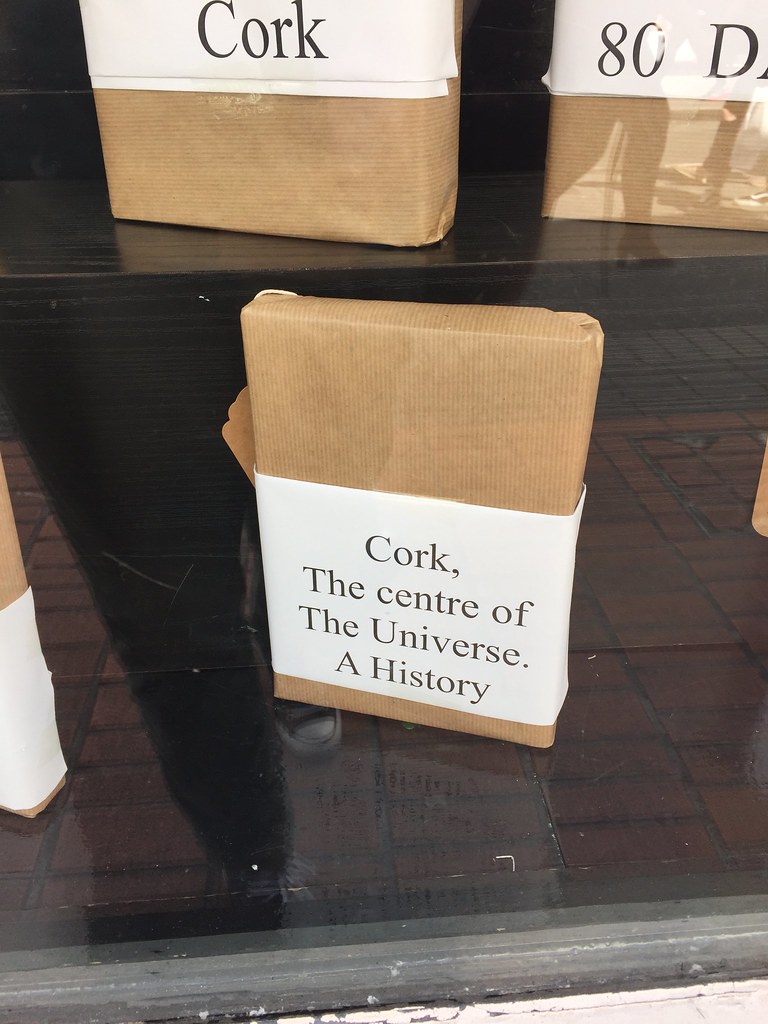 I took them to Blackrock Castle Observatory which they always like. They also spent an enormously happy evening at my sister’s playing Risk and eating chips. 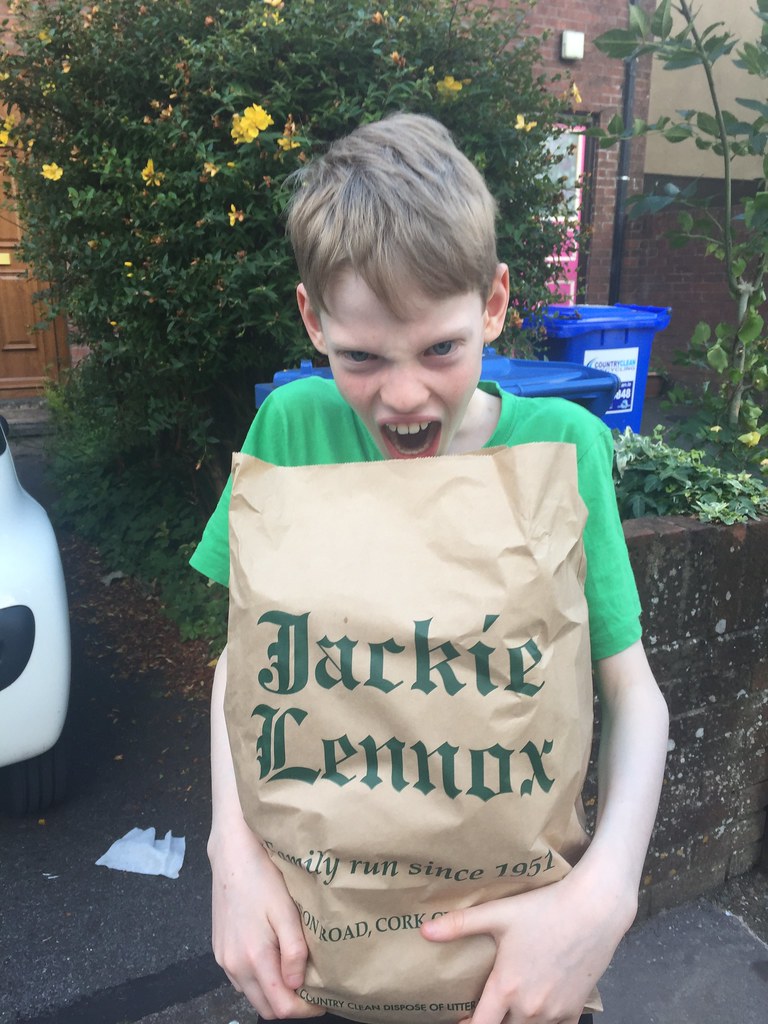 My sister facilitated this even though she is ill. She emerged from her house in pyjamas to greet us. “Is wearing pyjamas outside illegal?” wondered Daniel. A number of years ago there was a trend in certain parts of Dublin to venture outside wearing pyjamas. I was strongly against this. Perhaps too strongly as Daniel seems to have taken it very much to heart.