We put our Christmas tree up last weekend. Mr. Waffle and the children behaved as though I were the Grinch for refusing to allow them to put it up earlier but if you put up a real Christmas tree at the start of December, it will be dead by Christmas. Negotiations are continuing and next year we may have to go back a week. All to play for. Herself pointed out that her friend M’s Christmas tree was up before ours, “And she’s Jewish!” she added bitterly. 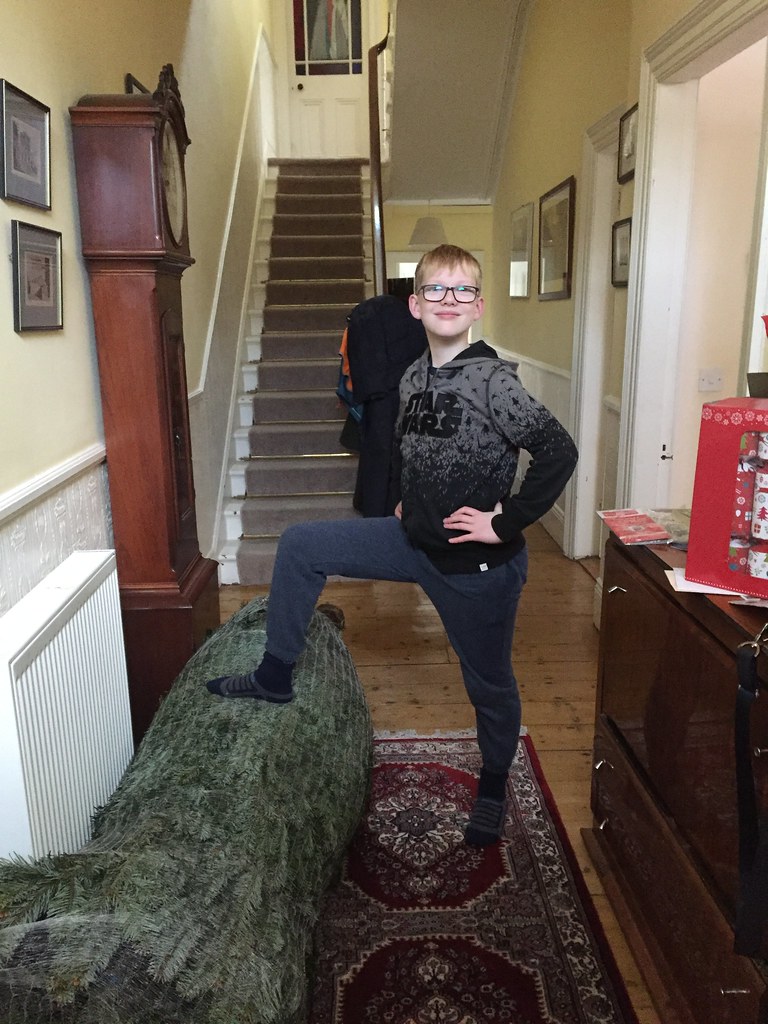 I had my annual haircut. My hairdresser and I have agreed that once every nine months might be better than once a year so we will be moving to a new and exciting timetable.

Once we had our tree up and I had my hair cut, we were in a position to have some people around for Christmas drinks which was pleasant. The children, of whom there were many, were herded into the utility room which had been repurposed as a children’s entertainment centre. I stuck my head around the door and found very earnest 10-13 year-olds arguing about Trump, Brexit and religion while one of them strummed a ukulele. The younger children ignored their seniors and watched Spongebob on the telly. A vision of hell, really. Herself and her friends (sophisticated 14-15 year olds) retired to her room. She pointed out to me later that all of her friends have an immigrant parent, not sure what that proves other than that Dublin city centre is quite diverse, well more diverse than Cork in the 80s where all my friends had two Cork parents or, at worst, two Munster parents. 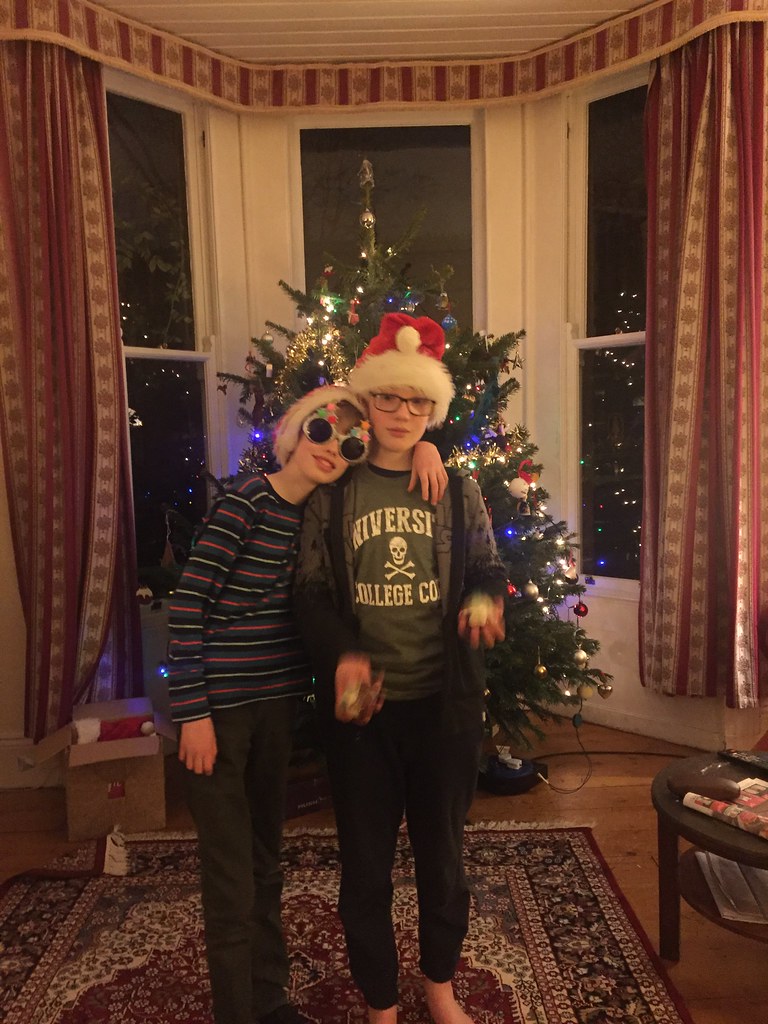 We went to a play for Christmas. It was “Let the Right One In” in the Abbey. It was the first time Daniel and Michael had been in the Abbey and as they filed into their row, Michael said, “I take it this won’t be immersive theatre with audience participation, then”. My unusual 12 year old. The play is based on the film which in turn was based on the book. It’s about vampires. It was only alright. They could easily have cut out an hour and seriously improved it.

On Tuesday, herself and Daniel were singing in the school Christmas show and Michael had his scouts Christmas party for which he was supposed to bring cake. We found some cake at the last minute. The week was filled with last minute requests: cake, Christmas jumpers, Maths past papers, the Hollybough (vital Cork Christmas publication without which etc), crowns made out of cardboard for the boys so that they could be Magi in German class. Mr. Waffle has renamed himself Eason Man and his superpower is going daily to Eason’s to get school/children requests. 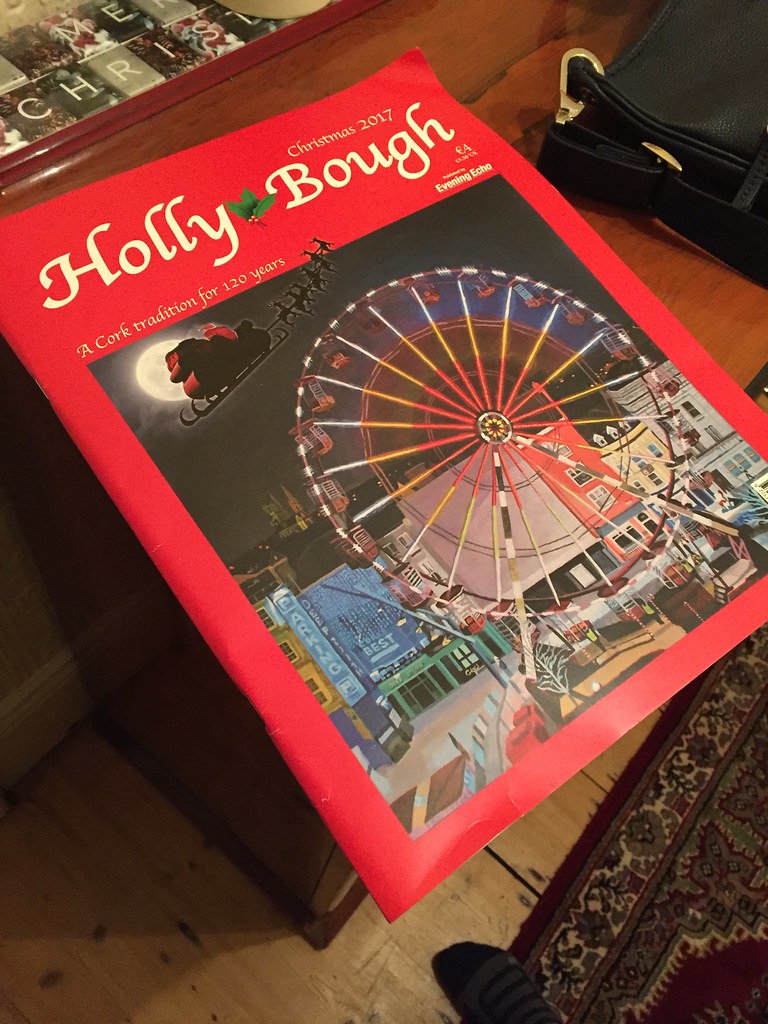 Christmas jumpers (not from Eason’s) were a success. 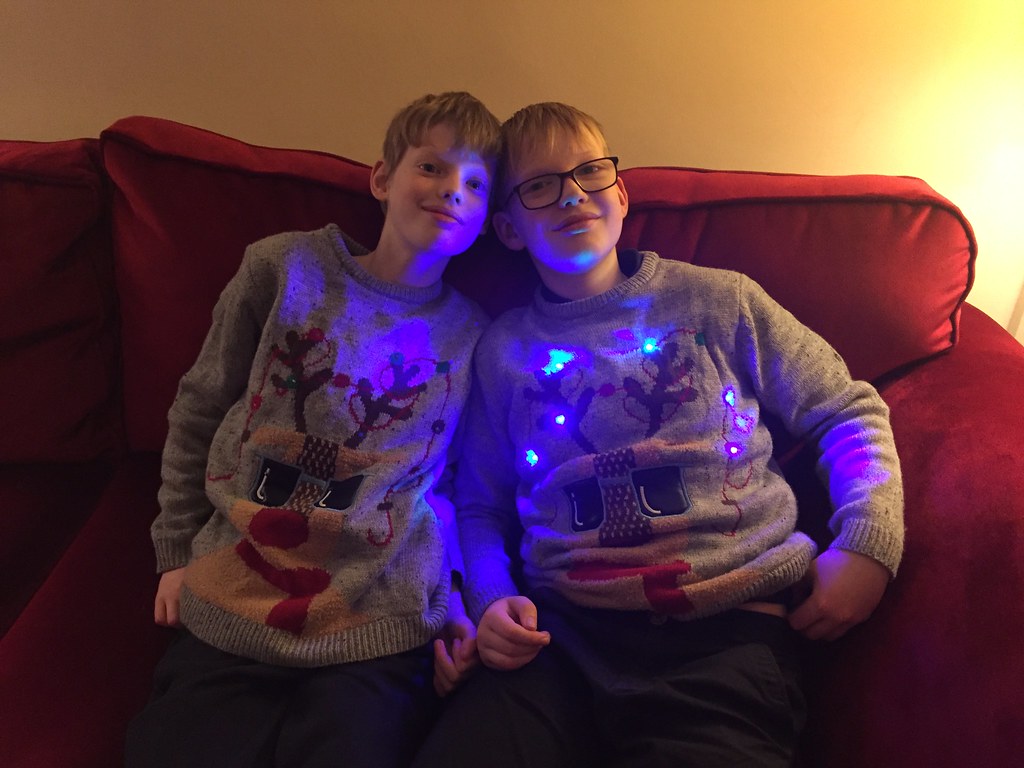 They have been wearing them a lot. 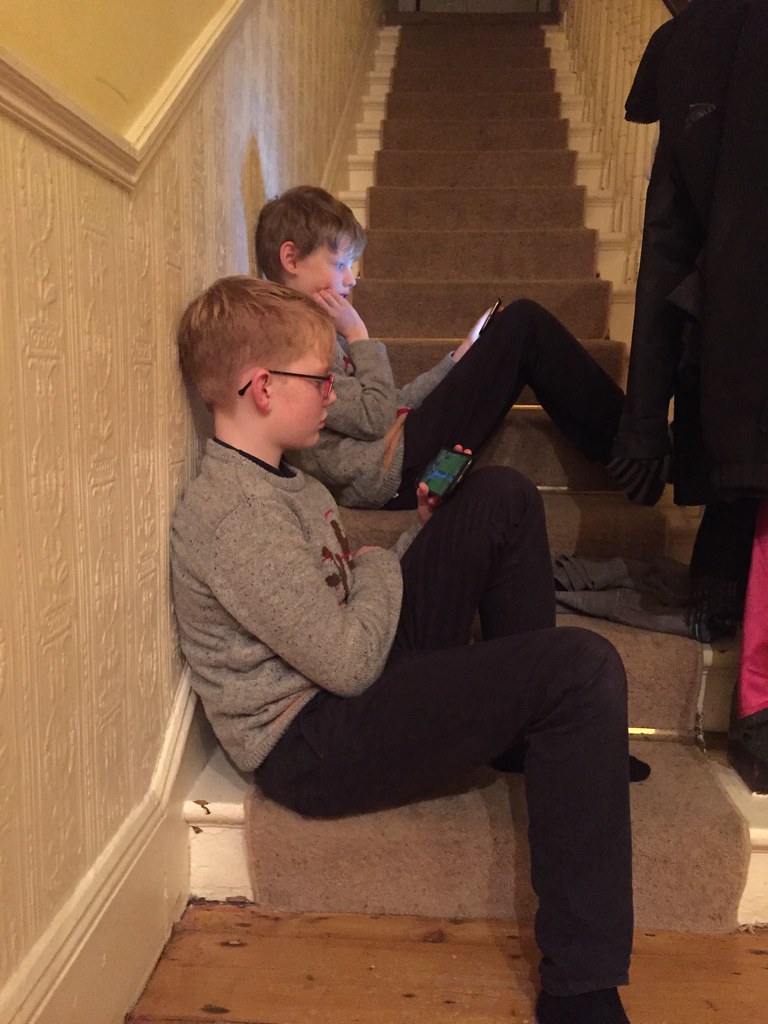 I bought myself some Christmas mugs and I love them. My family mock me. They’re made by Spode which always reminds me irresistibly of PG Wodehouse. Herself had a look and said, “Hmm, only for Christmas eh? How many do you reckon you have left? Do you really think you’ll get value for them?” Oh har di har. 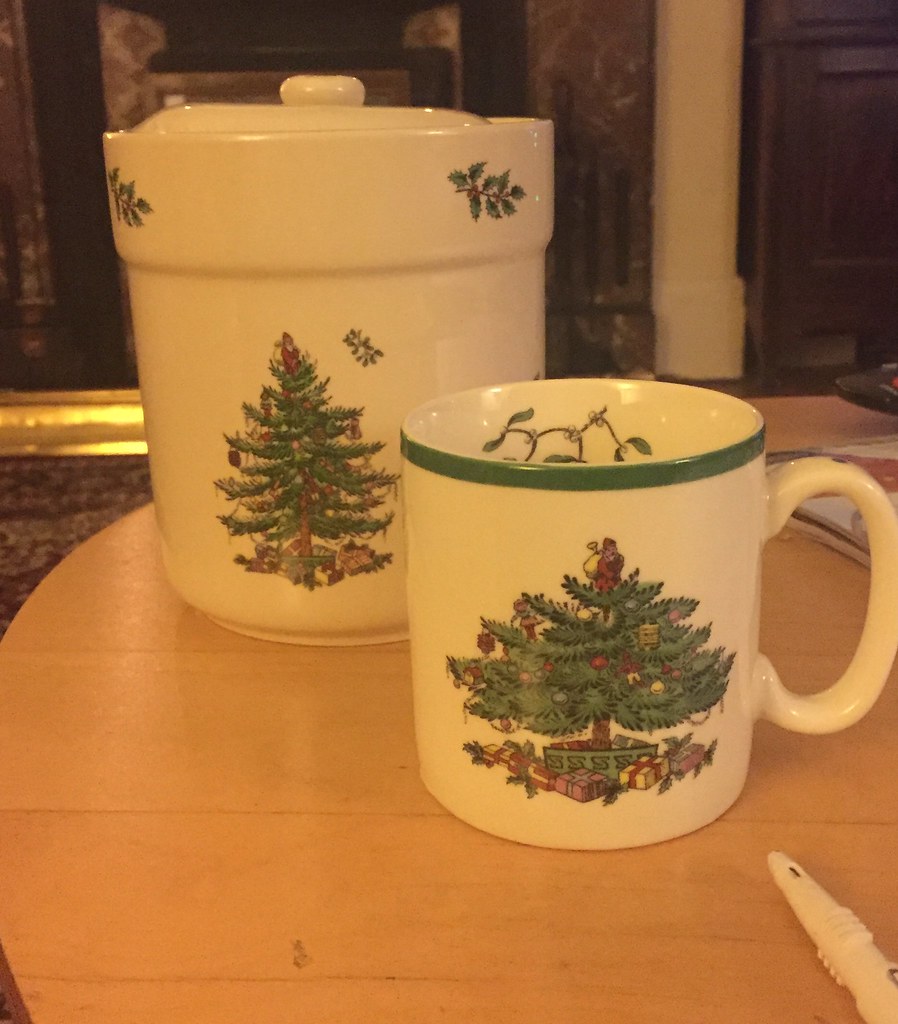 The children finished school on Friday. One of their teachers who hates Christmas and bars it at the doors of his classroom (we call him an t-Uasal Ó Grinch) received a Christmas card from my daring daughter. She was also let out of class by her maths teacher to make an announcement on the intercom to the effect that her year wished everyone a happy Christmas in particular an t-Uasal Ó Grinch. “You can do it,” said her maths teacher, “as long as you keep me out of it.” Inevitably, she mentioned him. Is this going to end well? With great power (getting to make school announcements because she’s on the student council) comes great responsibility, I understand.

Yesterday was the first day of my Christmas holidays. We bought Michael a bed from Northern Ireland and it was due to be delivered between 7.30 and 9 yesterday morning (spectacular timing). A lifetime’s experience with tradesmen has always made me pretty dubious about times. Let me put it this way, I did not expect to be knocked out of my bed at 7.39 by two men who had left Cookstown Co. Tyrone at 3.30 in the morning on the day before Christmas Eve. That, however, is what happened. As they brought the bed in past us in our dressing gowns, they mentioned that they had already done two deliveries in Dublin. That’s a lot of Dublin families they’ve seen in pyjamas, I would guess. This reinforced all my (positive) prejudices in relation to the Northern work ethic, particularly when they refused point blank to have a cup of tea and just sailed off into the very early morning. Later, I brought herself into town and bought all the remaining items needed for Christmas including getting her ears re-pierced. Not the day I would have picked myself but it wasn’t too bad actually. Once I had left her with her friends, I had a look around St. Ann’s Church on Dawson Street which I have never seen open. Mrs. Hemans is buried there. “Who?” you ask. Does “The boy stood on the burning deck” mean nothing to you? 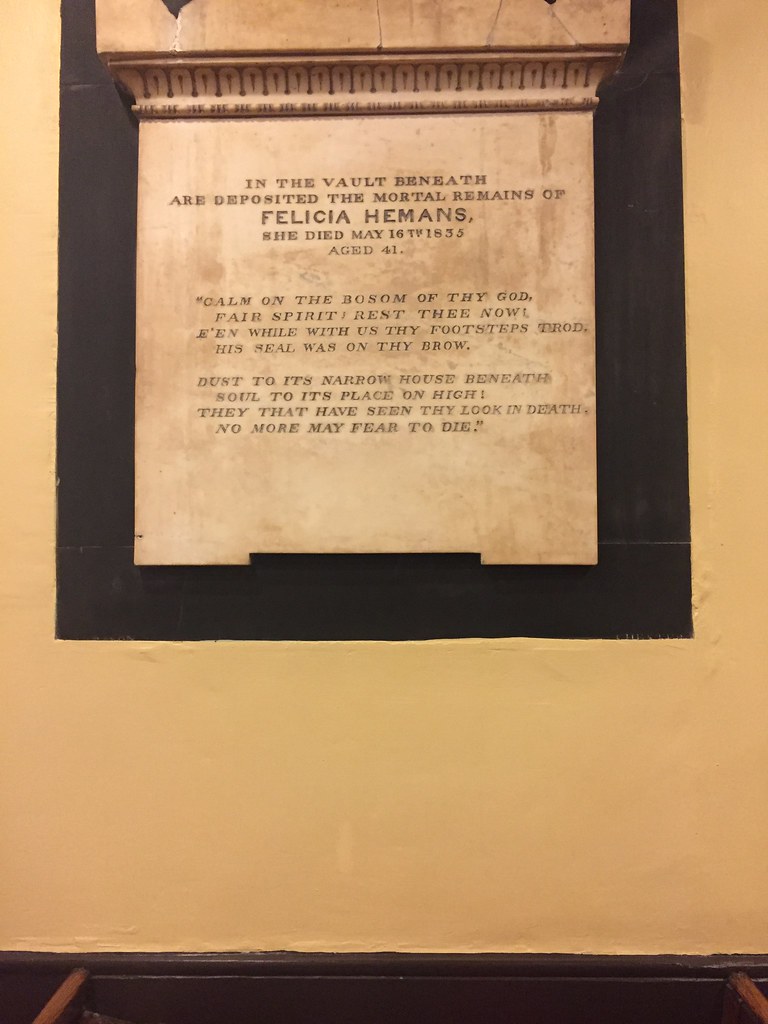 Today we went for a mild walk in the Dublin mountains up to the Hellfire club. 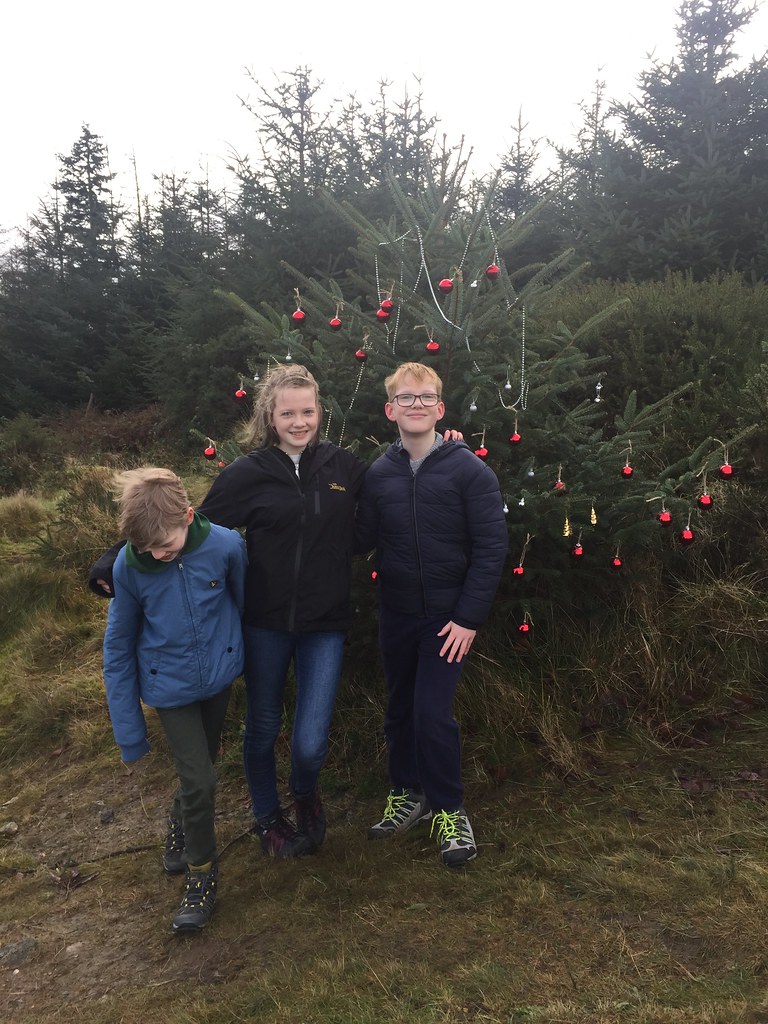 The children all had dry feet due to my extensive recent investment in boots. I am very proud. Photo from the pub car park where we had lunch. Authentic. 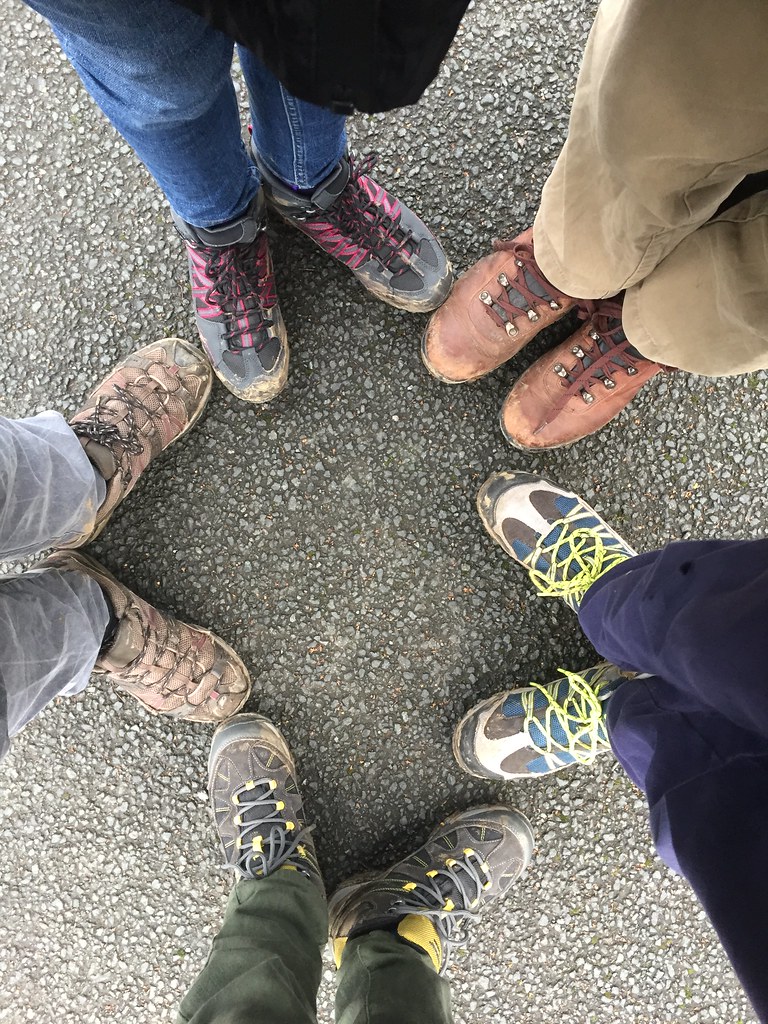 We’re back from carols and midnight mass (9.00 start but, you know) and the choir were fantastic which is always delightful, particularly when two of your children sing in it. The third just sits beside me and wonders when it will be over. In his sermon, the priest referred to Tom Kettle. Before this afternoon, I had never heard of him but herself had got a book of poetry from a friend and read out one of Kettle’s poems to us in the car on the way to our walk. It was a lovely coincidence to hear the final lines again tonight.

As I write this, the spiced beef is on and a certain amount of present wrapping remains to be done but we are pretty much ready. I hope you are too. 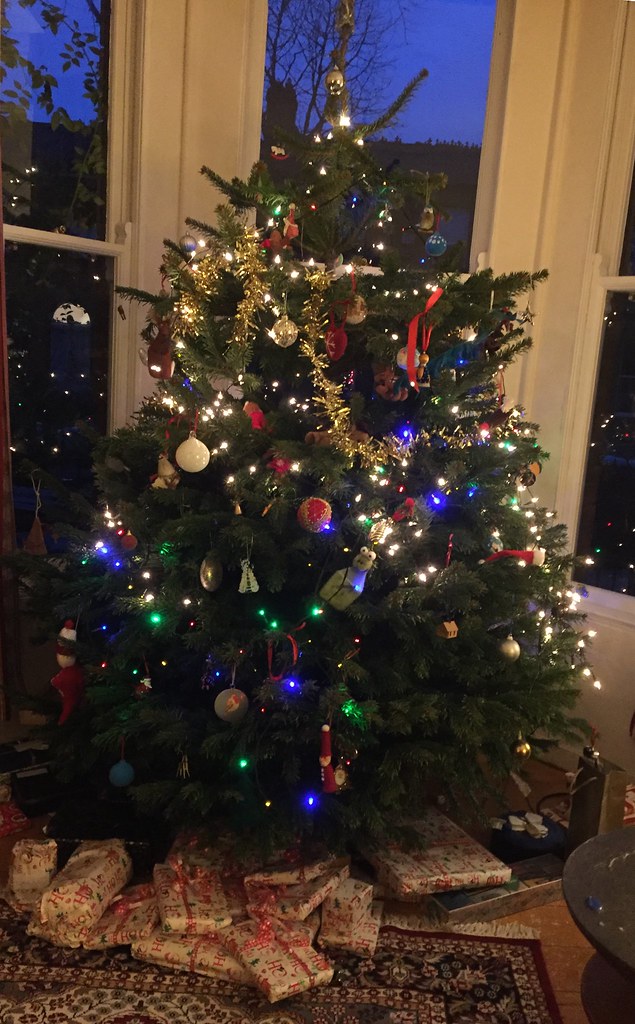 In conclusion, merry Christmas to all and to all a good night.