When I was growing up in Cork, I always wanted to leave. It seemed too small, too cramped, too confined. It was full of people I knew, people my parents and siblings knew and you could not go anywhere without being observed. Everyone cared about your business. Also, I grew up during a time when all Irish university graduates were expected to emigrate at least temporarily, often permanently. My own parents both emigrated and returned to Ireland eventually. In my 20s, time spent living in Italy and Belgium, confirmed me in my belief that the best fun was to be had away from Cork. When I moved back to Ireland in my late 20s, I moved to Dublin. I liked Dublin very much, I still do. Among its many virtues is that it’s within striking distance of Cork. Also, Dubliners are not picky, everyone is assimilated. In Cork, my mother who came from a neighbouring county and whose own parents were actually from Co Cork, has been living in Cork for more than 50 years and she is still considered a blow in.

When we moved back from Brussels, we did consider moving to Cork. Mr Waffle (a Dubliner) proposed it. I considered it but a number of factors militated against that choice. Firstly, I had a job in Dublin but no job in Cork. I suppose Mr. Waffle could have started on his own with no money in Cork as easily as he did in Dublin but somehow the prospect of no money at all was unalluring. I remind myself of these things when I miss Cork.

But yet, when my oldest friend, another Corkonian, said to me recently, “I always feel sad when I leave Cork.” I knew exactly what she meant. Of course, this is the loveliest time of year in Cork and so it is at its most missable. I was cycling around the city on one of my weekends at home recently and aside from enjoying the far superior cycling infrastructure which Cork offers, I was struck again by how attractive the city is. While Dublin turns its back on the river, choking the quays with heavy traffic in both directions, Cork is practically all river and while there is plenty of traffic, there’s a lot of the city where you can enjoy the river. 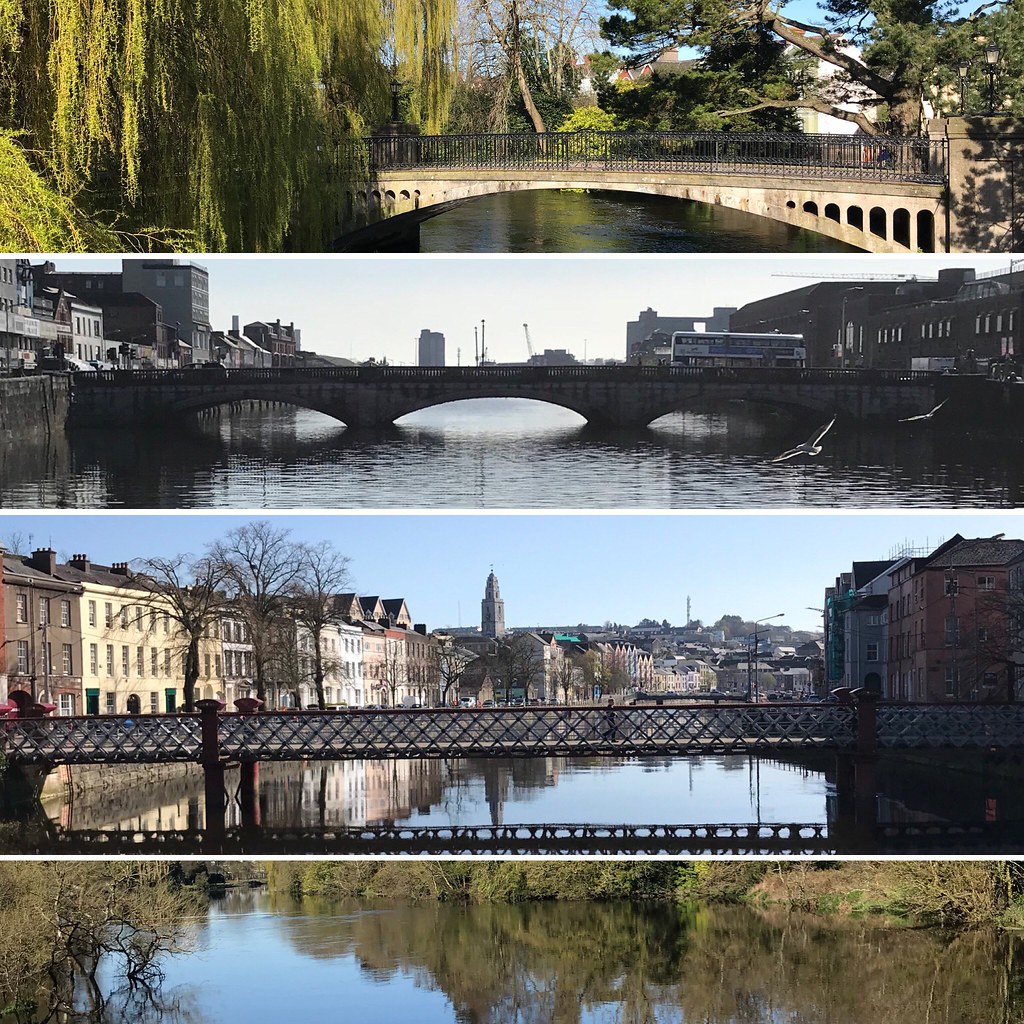 I feel that I know Cork in a way that I will never know Dublin.

I know the schools and I have feelings about them. When I was an apprentice solicitor, myself and a friend from school were having a cup of tea and a bunch of Scoil Mhuire girls came in and she hissed at me, “Look at them, they’re in their school uniforms and we’re trainee solicitors and they’re still better dressed and better made-up than us.” I know where I would have sent the boys to school – they would have gone to the primary school where my cousin was the principal; they would have gone to the secondary school that their uncle and grandfather went to. I would have considered a range of options for herself in relation to all of which I would have had very firm views; I wouldn’t have sent her to my old school and probably not to Scoil Mhuire either. In Dublin, meh, who knows really? They have Dominicans and Loreto nuns, we had Presentation and Mercy.

I know College (other people called it UCC or the College but as my parents both worked there we were more intimate with it); until I was 11, I lived on campus and I have spent my life walking in and out of there. I spent endless hours playing bad tennis in the lower grounds and lost innumerable balls forever in the river over the fence.

I would have wanted to buy one of the houses up in Sunday’s Well where the gardens slope down to the river; maybe we couldn’t have afforded that but maybe we could have bought a house in town, on the North Mall, a persistently underrated street by the river in the centre of town. I know where to look and what each location is like with a degree of intimacy and certainty that I will never know in Dublin.

My father’s family were all from Cork. I know the place where my grandfather was shot at by pro-Treaty forces (or the State as we now think of it) during the civil war (they missed); I know the house where he died in the 1930s. I cycle past it regularly. Between us, my father and I have been cycling along the Western Road for nearly 100 years (at 93, I concede he has done a lot of the heavy lifting on that). I know Murphy’s brewery where my great grandfather and great uncle worked as clerks. I know the South Infirmary where another great-grandfather worked as a caretaker and my father put in time as a junior doctor. I know the house that my great uncle Dan built in the suburbs (containing Archangel pine imported from Russia) when he won a (small) lottery. I know the Lough where he skated when it froze over in the 20s (skates still in my parents’ attic awaiting the next great freeze along with Uncle Dan’s gas mask from the Emergency, just in case we need it). I know that my grandmother ran a newsagent which also sold cigars called “The Cuban House” up on MacCurtain Street (and I think someone very unlikely like the Duke of Westminster had the ground rent on that one, you don’t get to be unbelievably rich without having interests everywhere, I suppose). I know the two hotels that were designed by architect cousins (a little undistinguished perhaps – maybe I am bitter because when my mother asked one of them about her extension, he said it was “OK, if you want a bowling alley” – it was long and narrow and he was ultimately right about how dark the middle room would be). I know the stained glass window that my grandfather played in an exhibition hurling match to fund. 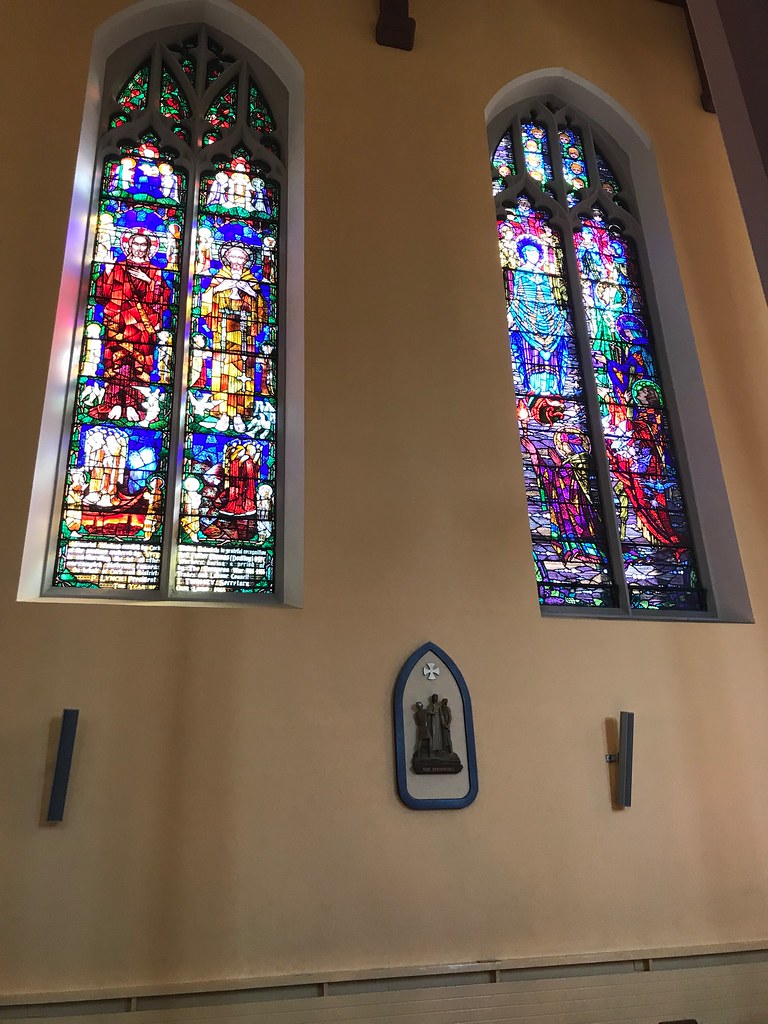 I know who the merchant princes are, the solicitors on the Mall, their families, their connections. I remember the lovely rather glamourous lady who was one of the Roches of Roches Stores a friend of my parents who had painted nails and smoked a cigarette in a cigarette holder and who on one, never to be forgotten, Christmas Day gave me a present of a Sindy doll – my third that day. My mother wanted to give one or even two back to the shop but I staunchly resisted and hung on to them all.

Look, I knew everyone, I knew where I belonged, I knew the city like I knew myself. I often think now I threw that all over for Dublin, for Brussels and for anonymity and adventure. It was a bargain that was well worthwhile in my 20s and 30s but now that I am in my late 40s, I am feeling something perilously close to regret. I think it is probable that Mr. Waffle and I have had more success at work than we would have had in Cork and probably more interesting work too. On the other hand, work isn’t everything and Dublin swallows up money in a way that Cork is less inclined to. My children are all Dublin children. Even if I moved to Cork in the morning, their identity, their loyalties, their sense of home and who they are would all be bound up with Dublin. On the other hand, Mr. Waffle would always have been a blow-in until the day he died and all of my Cork credentials would not have dislodged that. But I would have been near my own family and I can’t help feeling that the pace of our lives might be a little less frenetic.

With the benefit of distance and middle age I feel a permanent small sadness that I do not live where I am from.