The flight to Copenhagen was completely uneventful. It is so much more pleasant to travel with older children. There was a hilarious article in the paper yesterday recalling vividly the particular thrills of travelling with small children which brought it all back to me. Could not face it again. It was a bit of a wait in the boiling Danish sunshine for our hired car but when we got out on the road, it was less than an hour to our accommodation. I booked it on Airbnb. If anything, it was nicer than the pictures. I truly loved it. As herself said, it was beautiful in a kind of ” IKEA wonderful everyday” way. 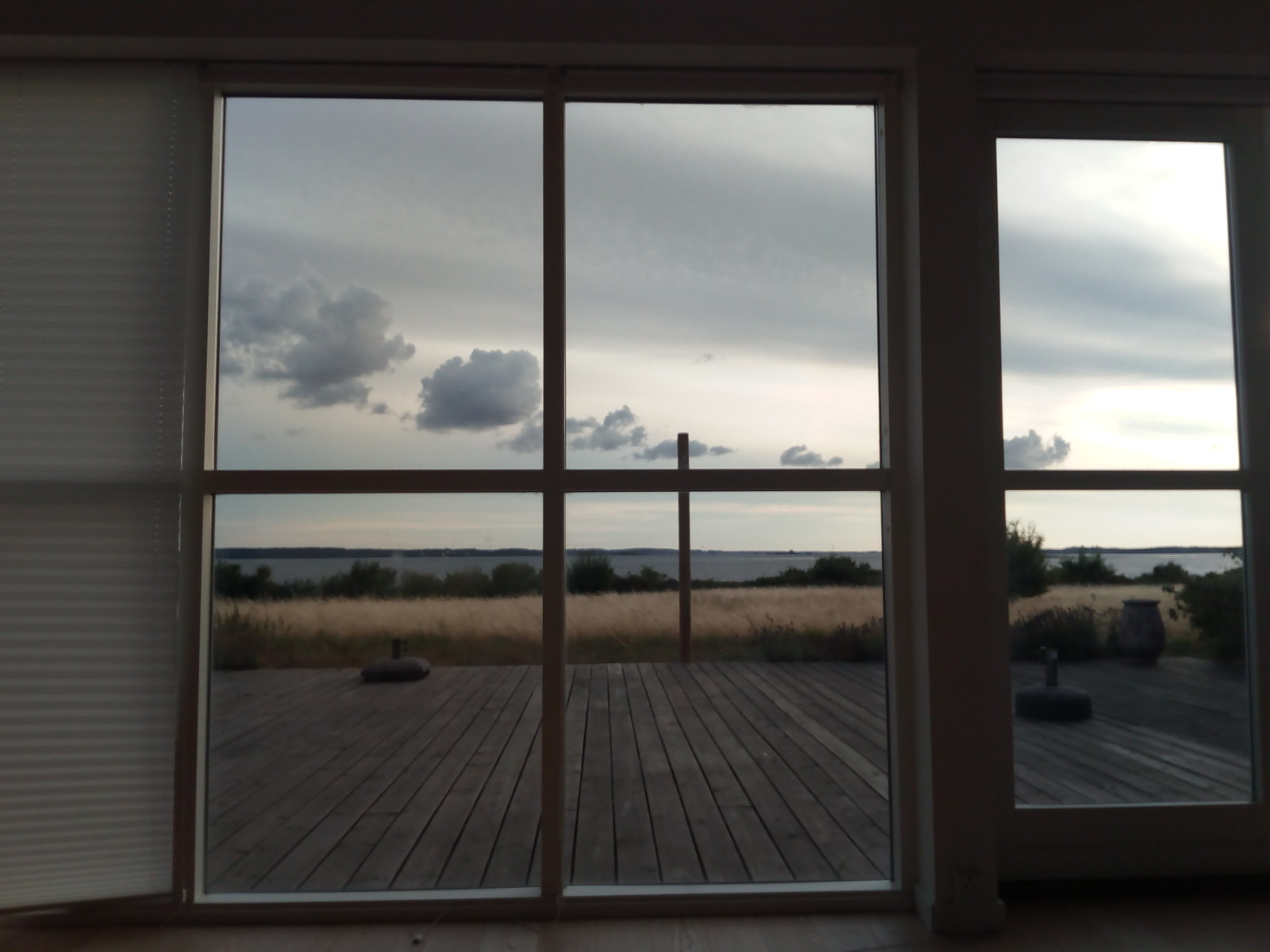 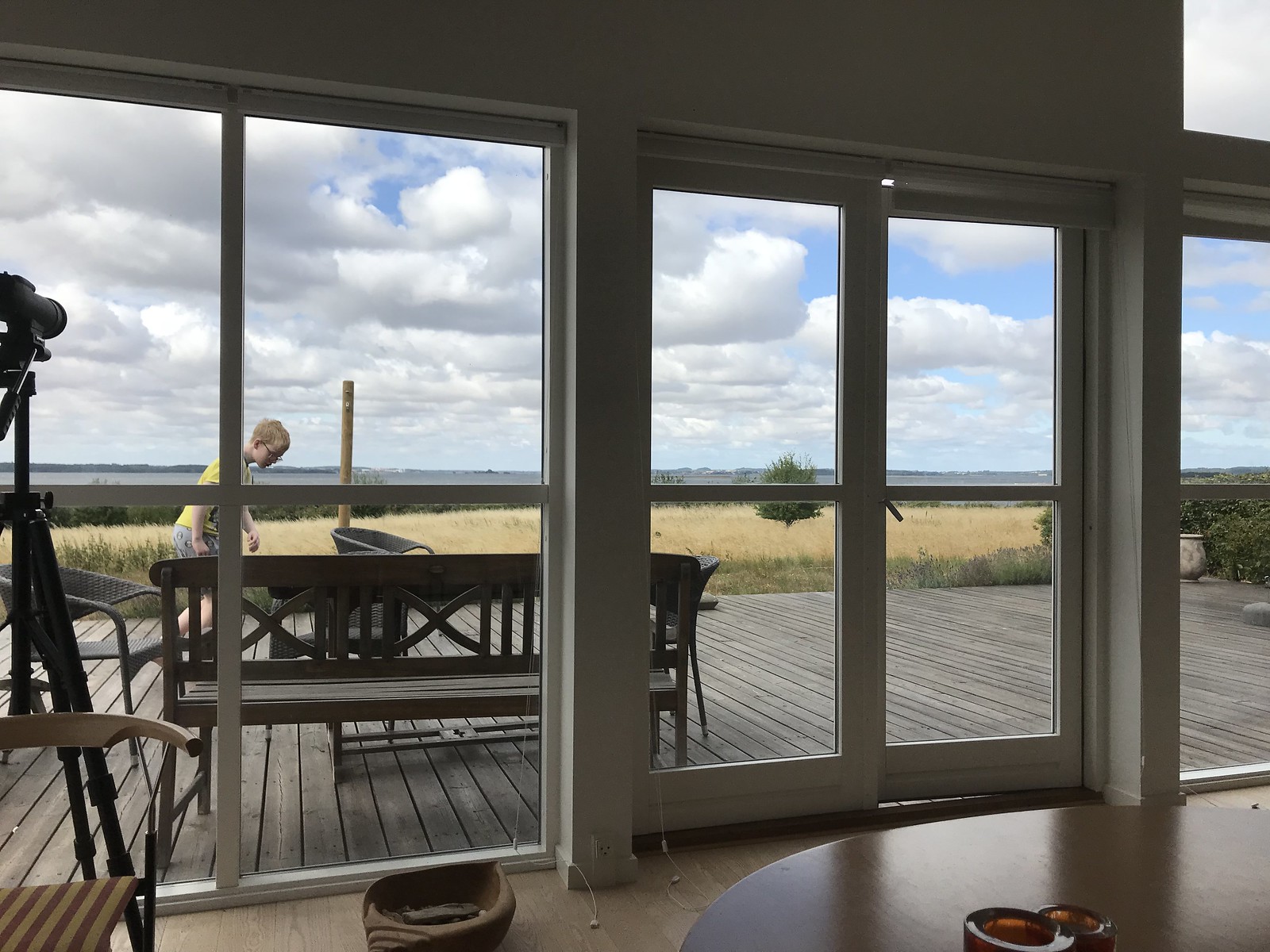 Herself had her own annex, slightly separate from the main house which she very much liked. I was slightly worried about a mad axe murderer but my concerns were unfounded.

The view from the annex: 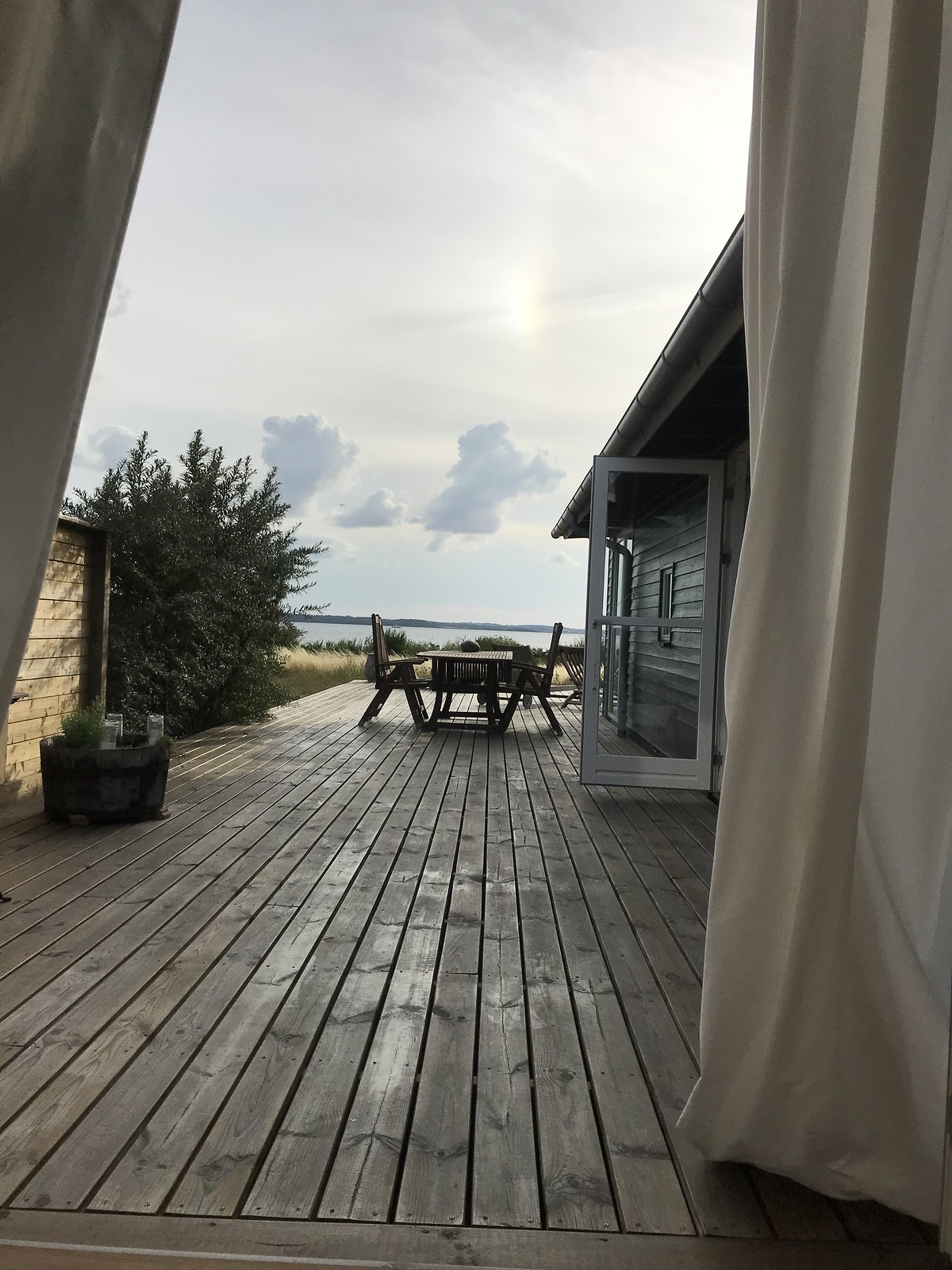 We weren’t up to much that first day, we walked down to the local ice cream kiosk and I got to test out my rudimentary Danish: Jeg snakker ikke dansk. Happily, like everyone else in Denmark, the ice cream kiosk lady spoke English.

We walked down to the beach which was about two minutes from the house. 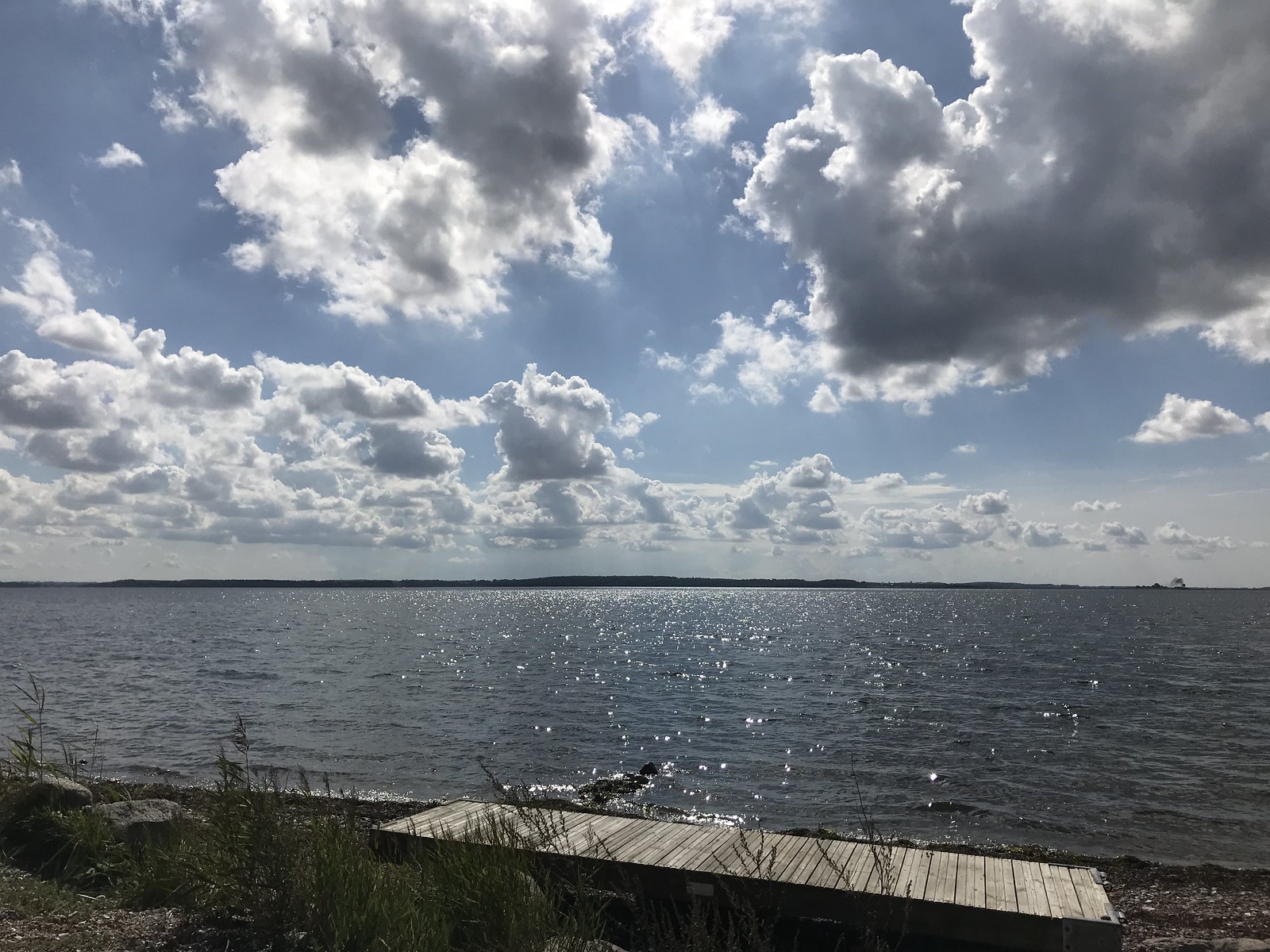 We went into the local supermarket and foraged for food. Denmark is pricey, it turns out.

Watching the sunset from behind the house while eating our very expensive pasta and pesto outside: priceless. 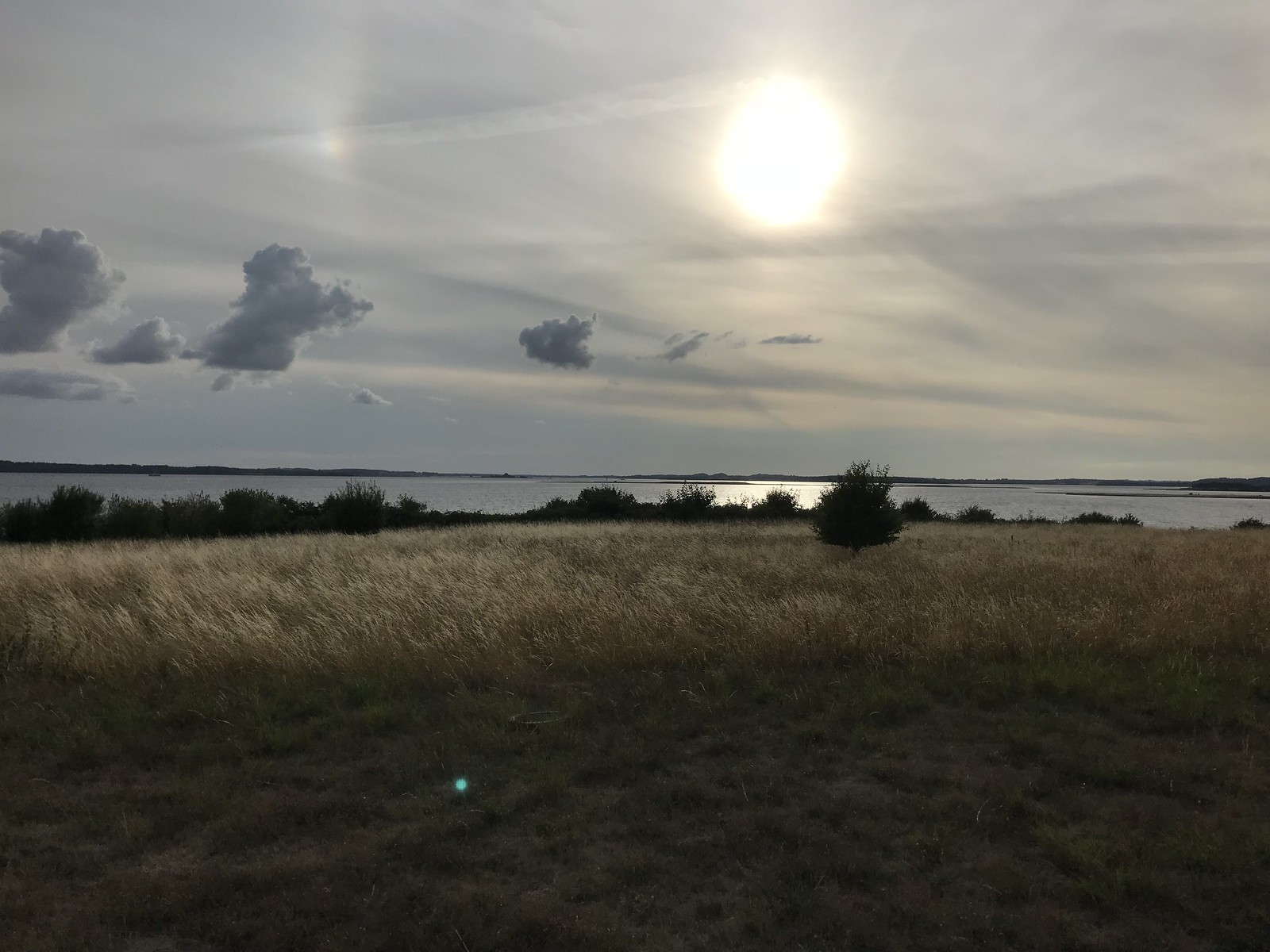 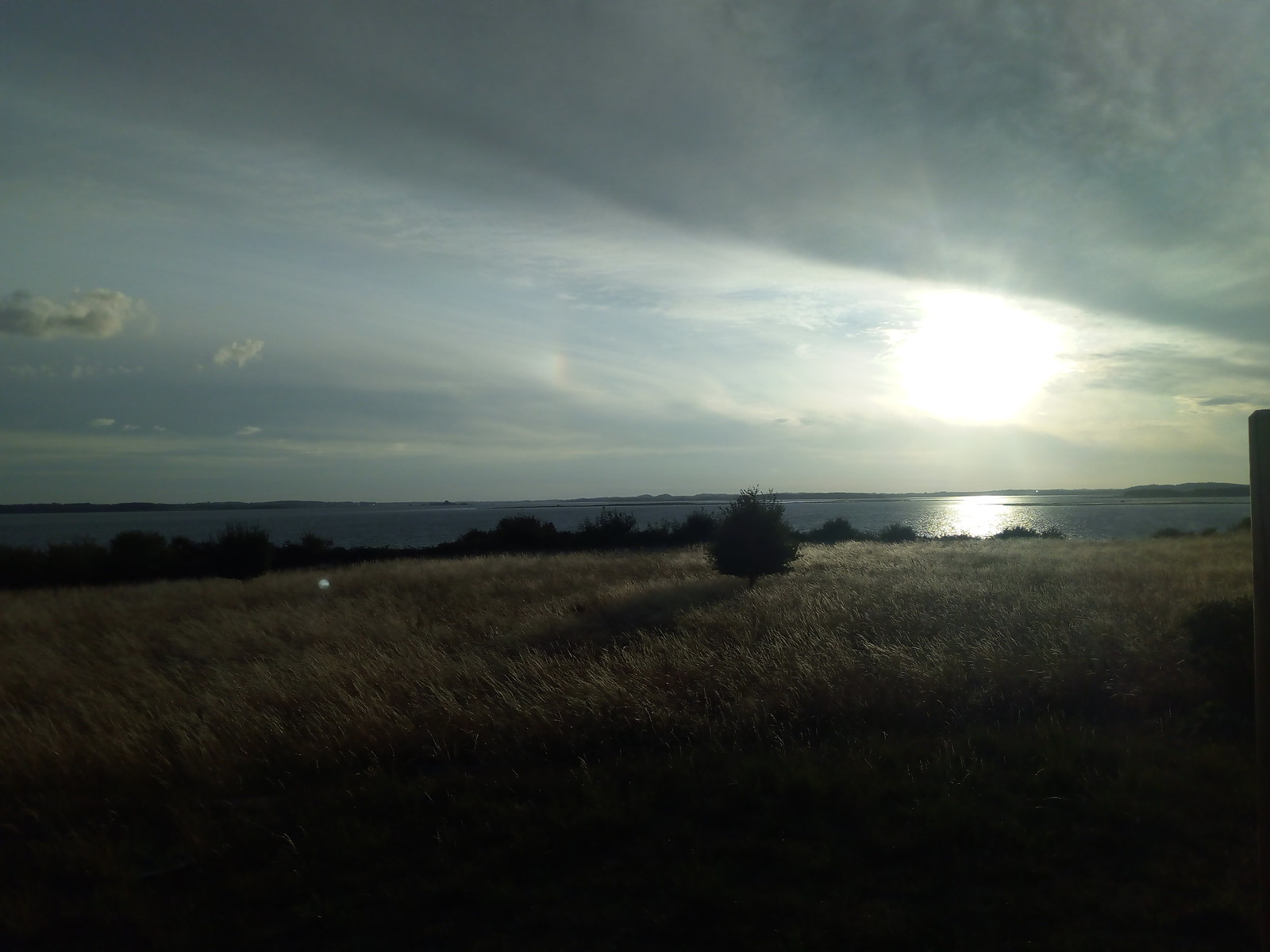 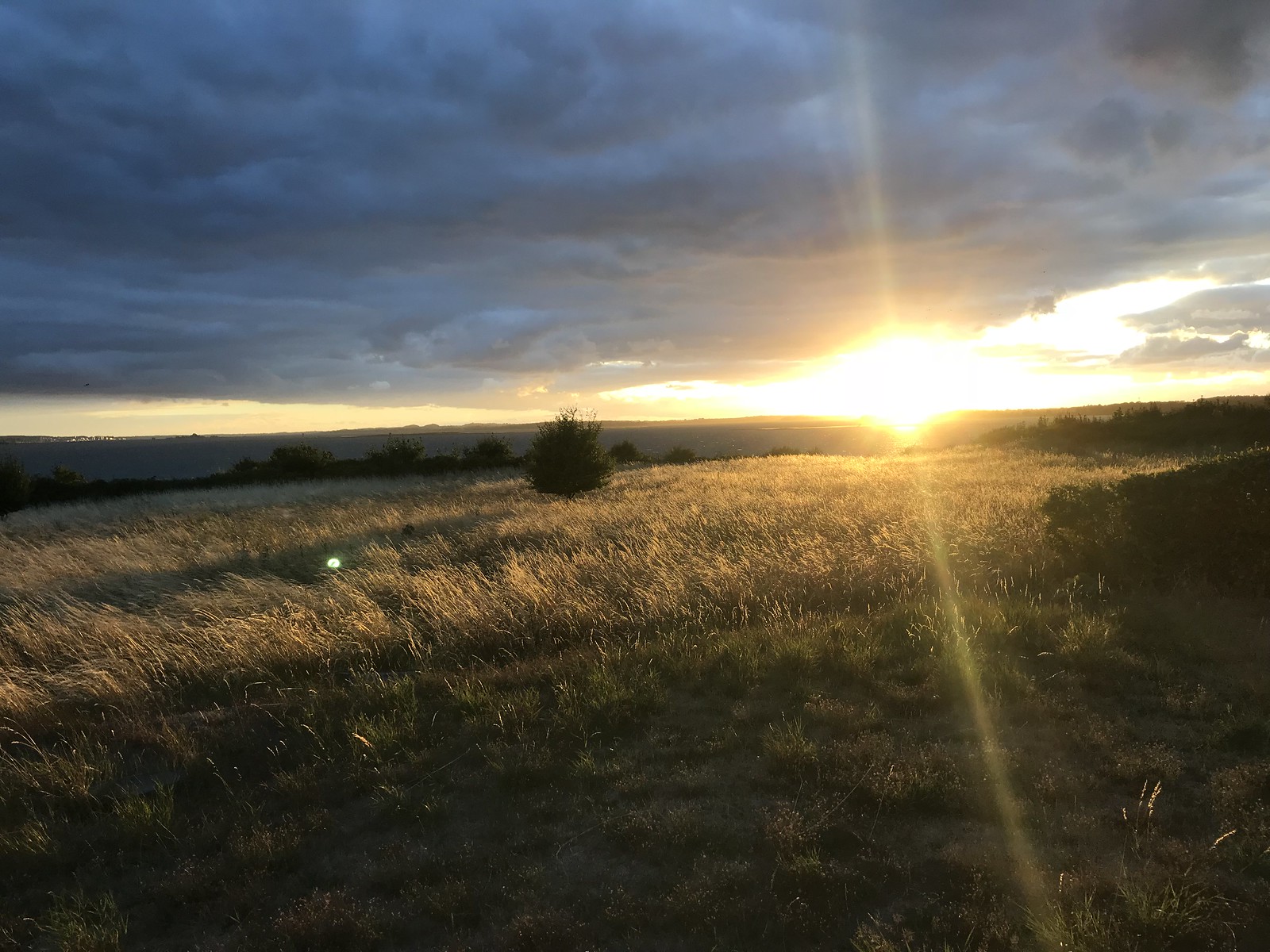 Toast pays a large role in our lives and the house had an absolutely useless toaster. “Will you put some toast on for me?” I asked at breakfast. “Why,” said Michael, “do you want toast for lunch?” Herself advised that it was an opportunity for us as a family to check our toaster privileges. Other than that, equipment was pretty good although sometimes stored a bit high up (a tall people, the Danes). Daniel who has just grown to be a couple of cms taller than me said that it was weird not to be able to ask me to get things he couldn’t reach. I am still mourning the inevitable as I am no longer the second tallest in the family and soon I will be the shortest except for the cat and I’m not entirely sure she counts.

The great holiday toast crisis of 2018: 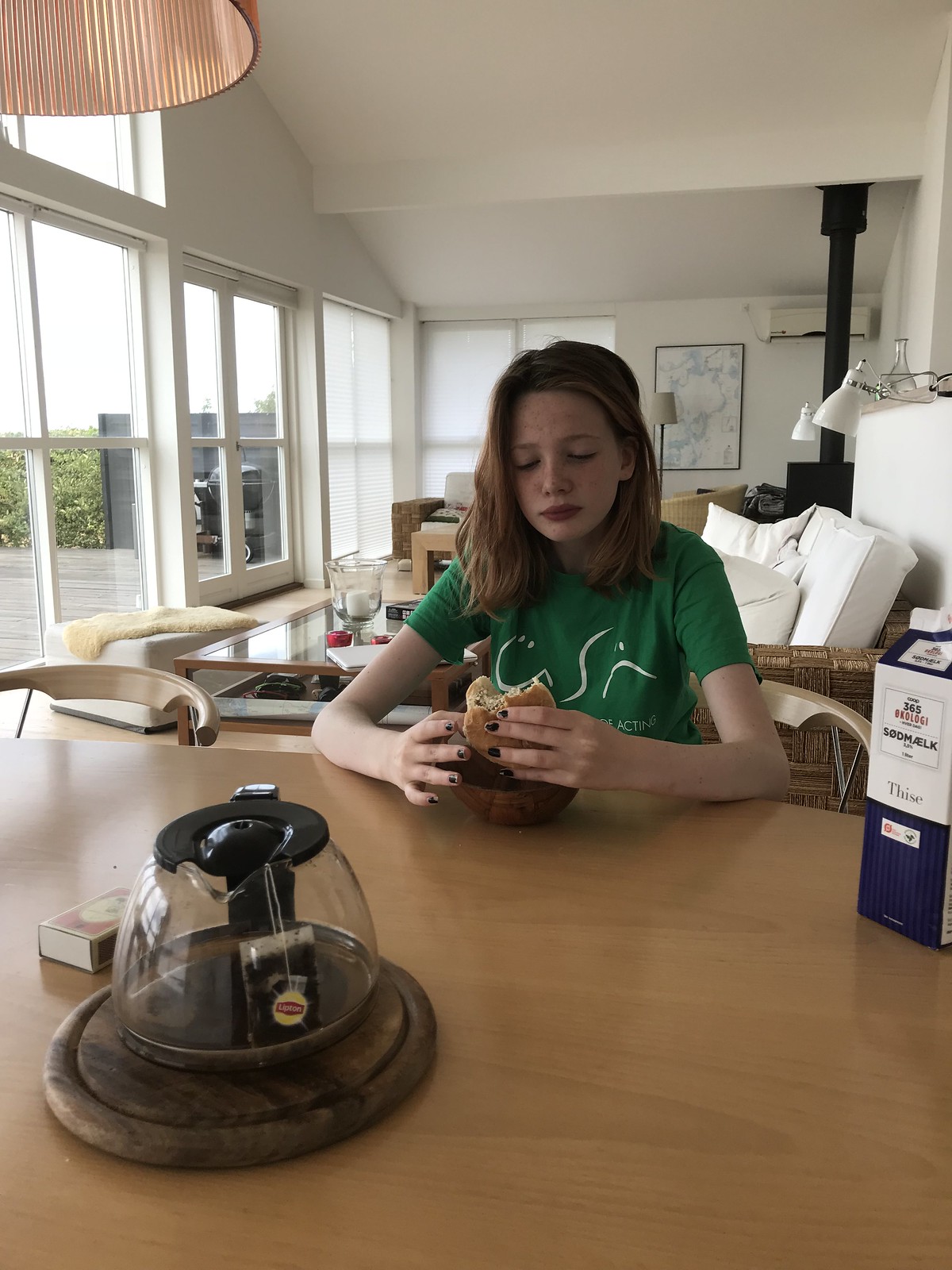 I commented that the house was my sister’s dream as it is full of “storage solutions”. “Not that they seem to need it,” I said “as the house seems to have no stuff.” However my acute daughter observed that rather they had a normal amount of stuff but you couldn’t see any of it. This seemed to be true. The designer dream realised.

There were some initial teething problems with the internet and Mr. Waffle never managed to get it to work on his phone. The rest of us were fine though. It only broke for us when he tried to fix it and it broke for everyone. “This is communism comrades,” he offered cheerfully. We were not amused. We took ourselves away from the wifi. It seemed best. We went in to the local big town, Roskilde which was like a morgue on a Sunday afternoon. When I lived in Rome in the early 90s I shared a house with two Danish girls – Bodil and Bolette – weirdly, from Roskilde. We lost touch but I kept scanning the streets for middle aged women trying to find my erstwhile housemates but it was not to be.

I don’t mean to complain but if you have a world heritage site which is also a cathedral, I suggest tourists might reasonably expect it to be open for viewing on a Sunday afternoon. However, to Michael’s absolute delight, the church and tourist office were both closed and we went for tea and a bun (and in the case of the children chips) in the square instead of trekking around the cathedral. 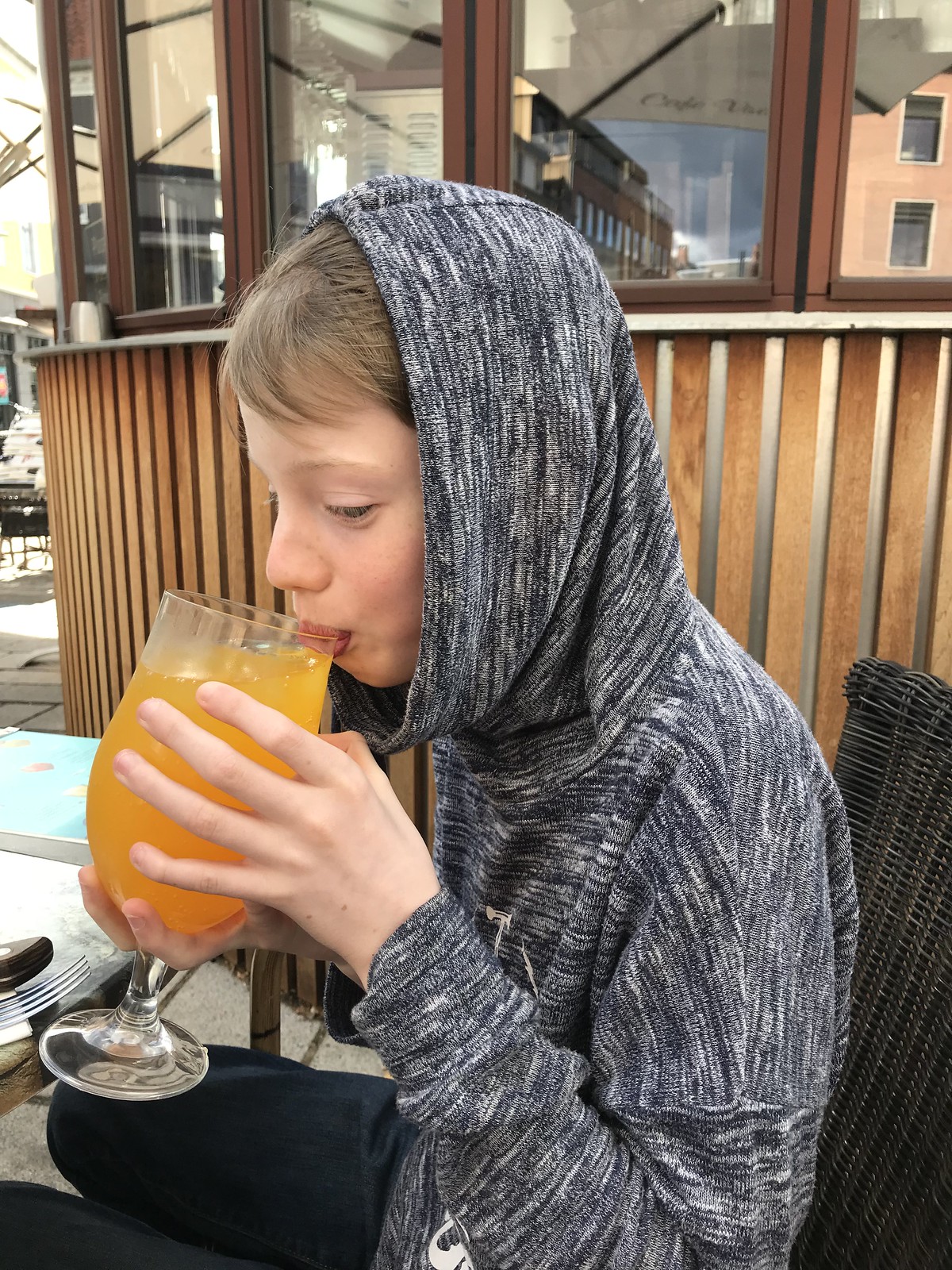 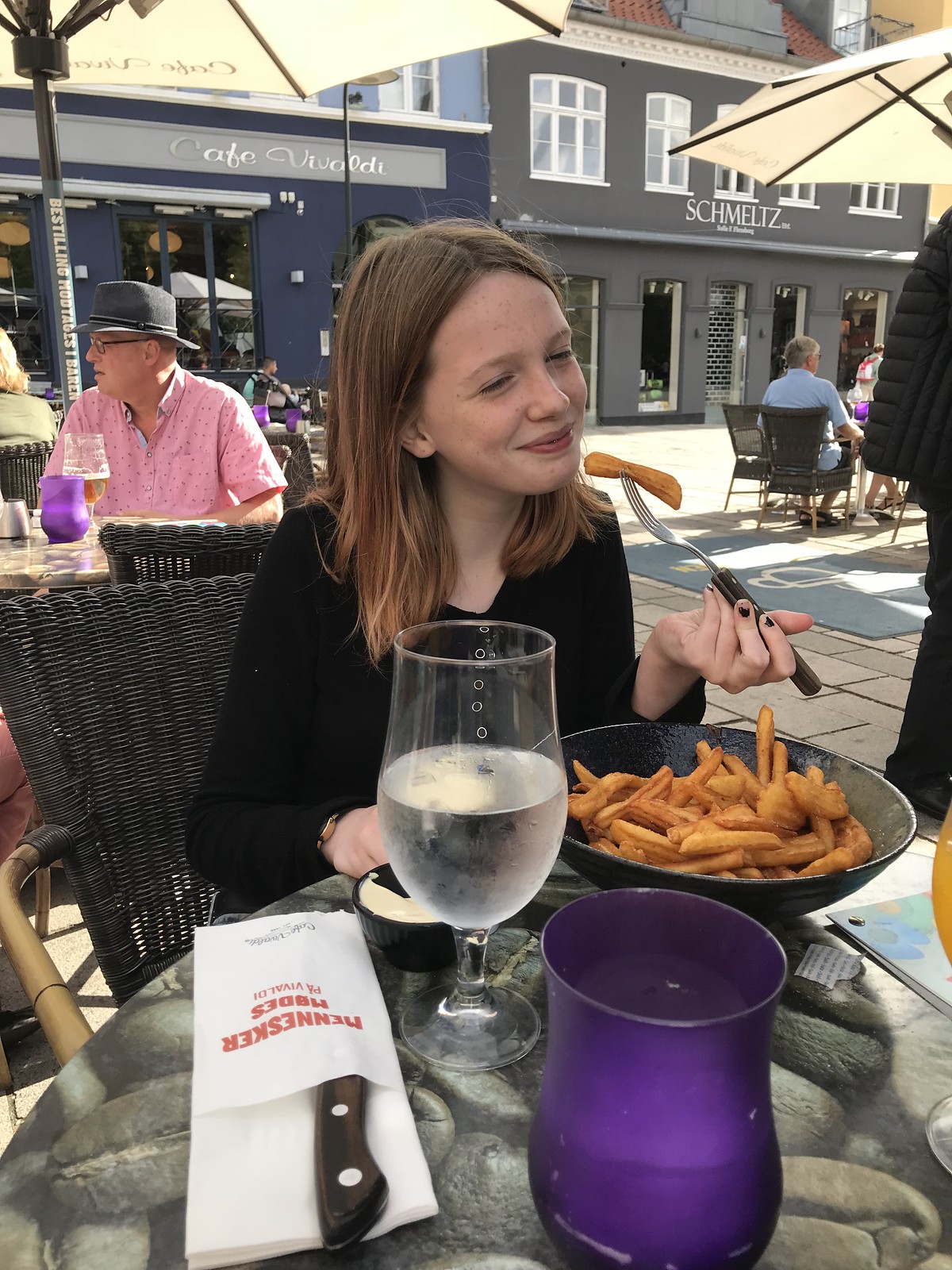 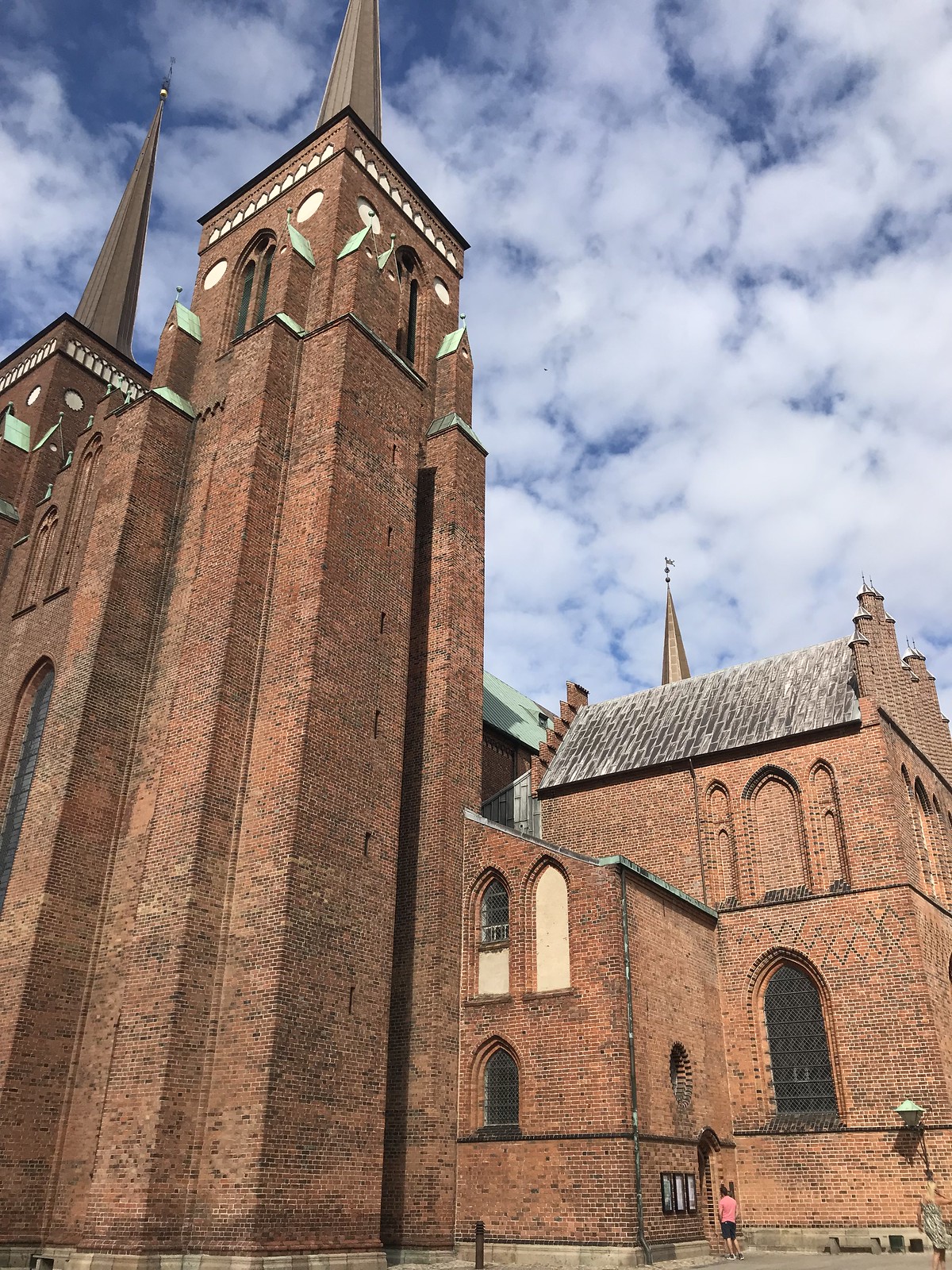 Both Mr. Waffle and I found Roskilde curiously reminiscent of Flanders – the architecture, the general air of a town whose inhabitants had been wiped out by a silent and deadly killer that very afternoon leaving an eerie quiet.

Daniel and I went for a little stroll along the sea shore and I mortified him by eating some of the millions of plums which were on the trees. It was really odd – the whole shoreline was full of plum trees which is not something I associate with the sea. I didn’t even think they would grow so close to the shore but they were delicious.

That evening we set up Apple TV and it was the business. My sister recommended to us a show called “The Ministry of Time” on Netflix and we all loved it (we’re still watching it at home) though it is highlighting a certain ignorance about Spanish history in our family. We all really enjoyed hearing one of the characters refer to noted baddie “El pirata Drake” – a different perspective from the one we are used to. 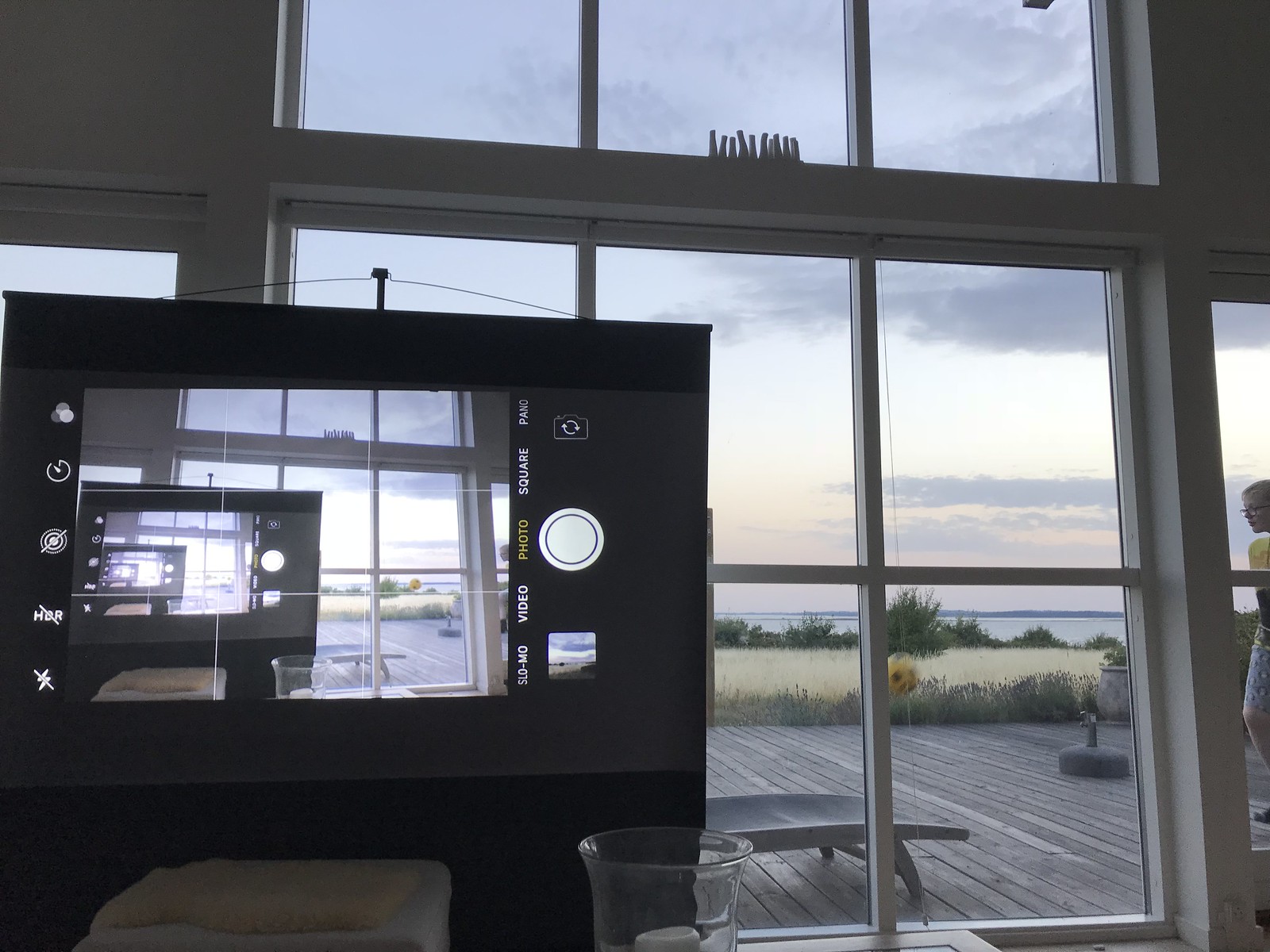 Later that evening the wind caught the door and broke the hinge and also damaged the blind. I spent the next fortnight filled with guilt about it. I dutifully confessed when we were leaving and in due course a bill for €200 came in which is basically small change in Denmark, so could have been worse.

Early in the morning we saw a deer bounding by the back window. Could our location have been more delightful, I kind of doubt it.

We took ourselves north to Elsinore. Or Helsingør as it’s known locally. We went to an Italian restaurant for lunch and were able to talk to the staff in Italian which was a great relief from always forcing the locals to speak English. 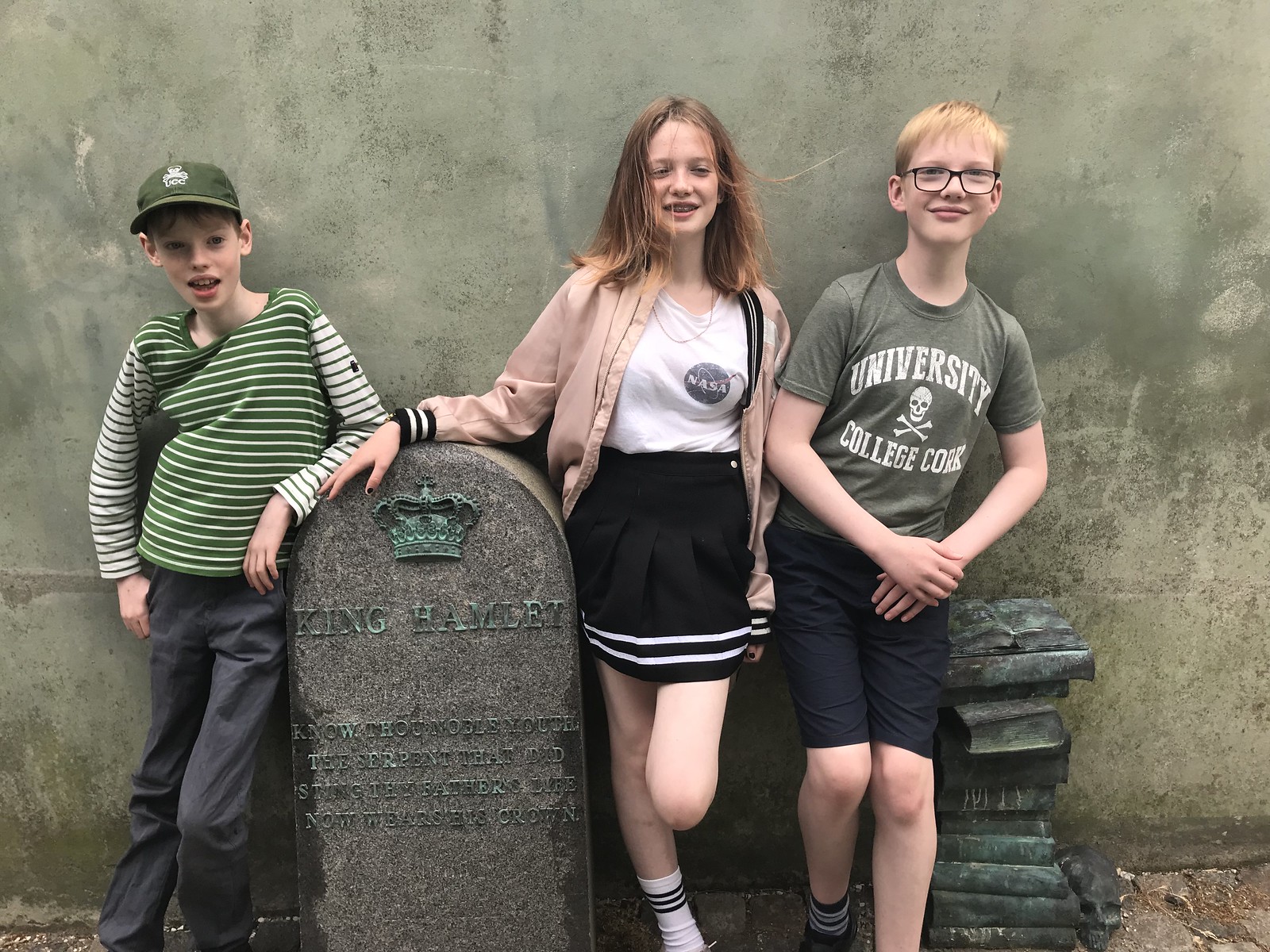 The town itself is very pretty again in a manner very like Flanders. 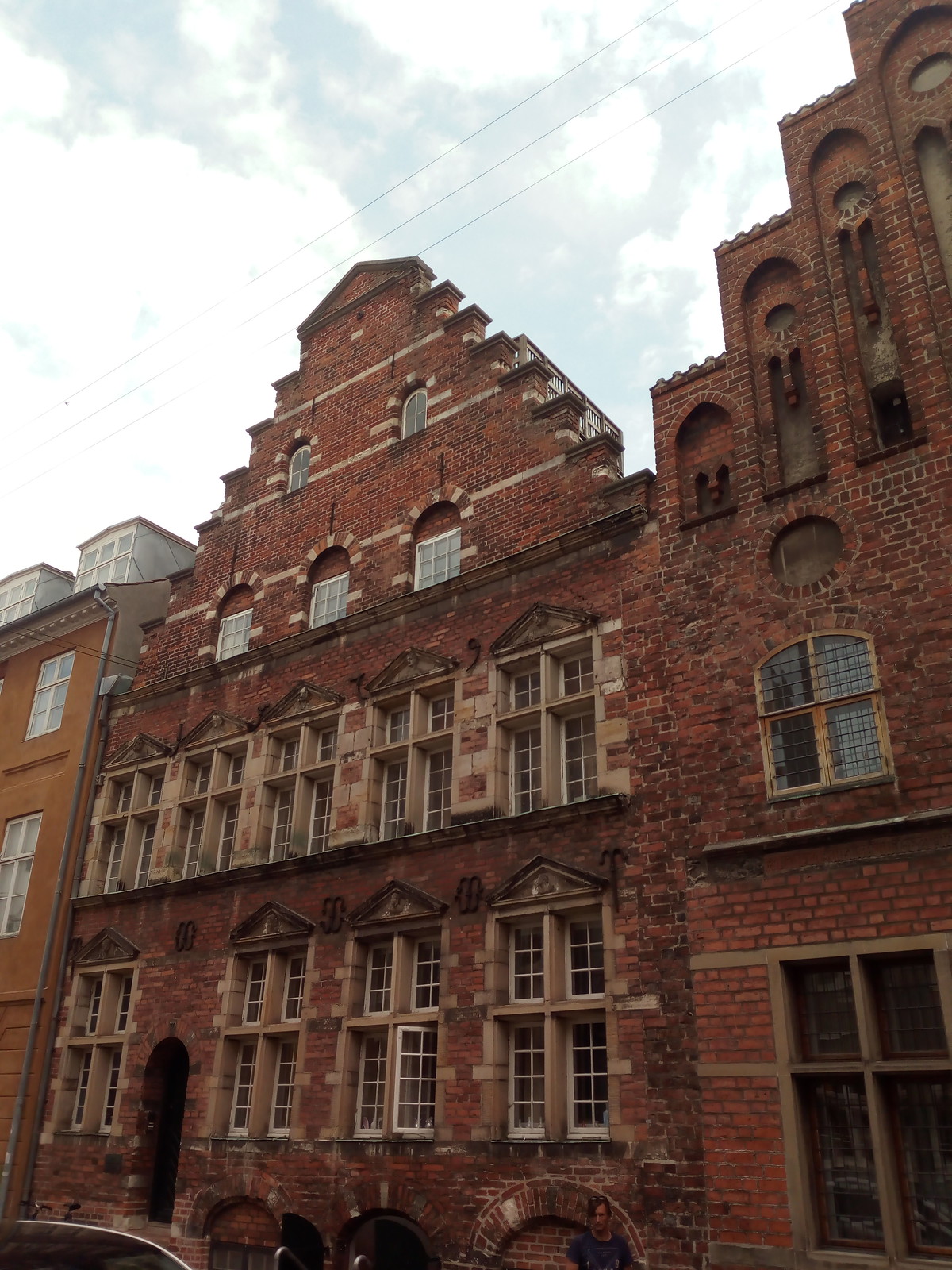 The castle is, obviously, famous for Hamlet and they capitalise on this. They basically have a group of actors doing Hamlet there all the time, in English. But simplified English so almost, but not quite, using the original text which is a bit odd. Highlight for Daniel was when Hamlet stabbed Polonius who died at length and very dramatically. As he expired, Hamlet turned to the audience and said, “Ooops”. 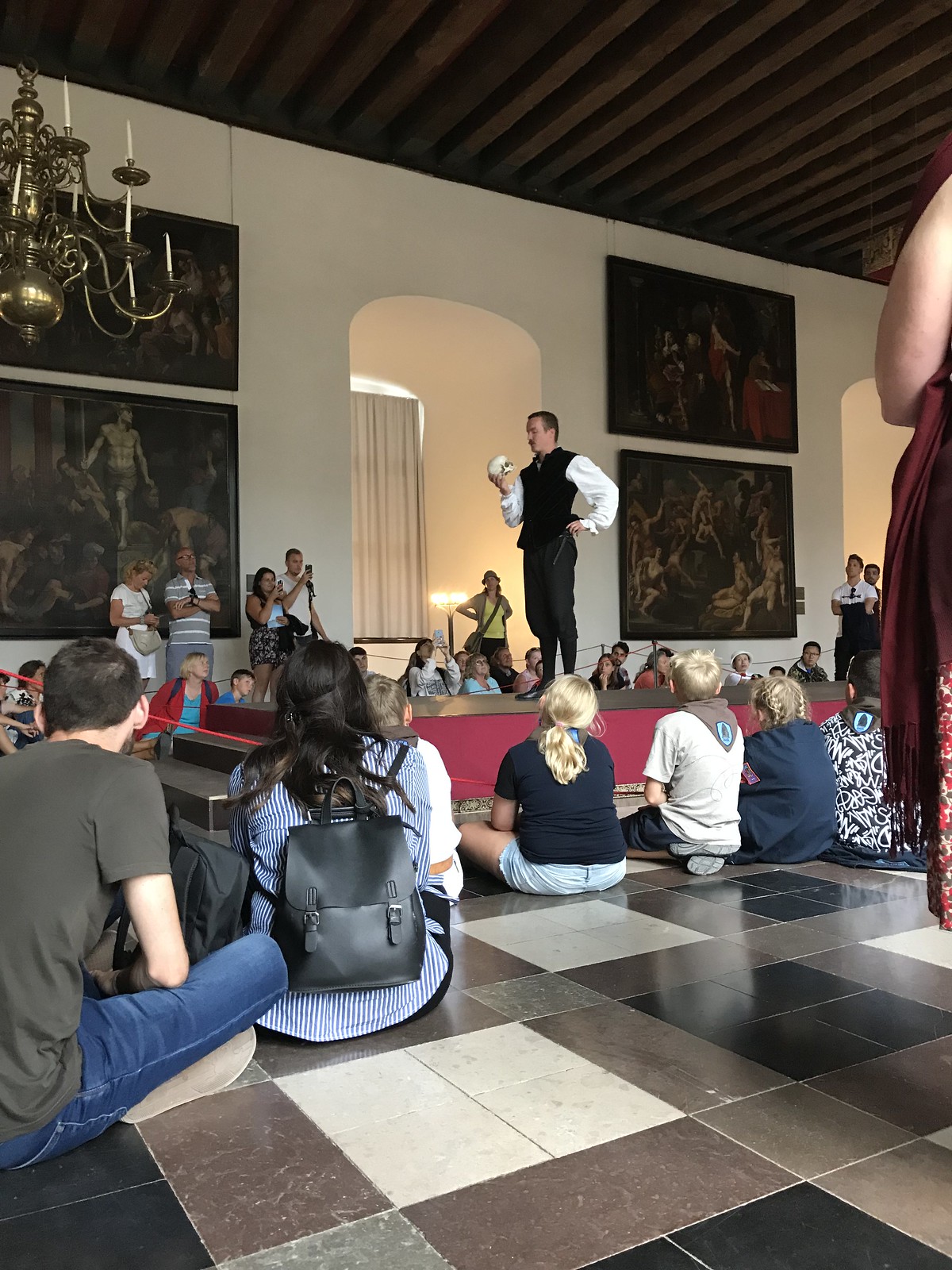 Earlier enactment on the premises: 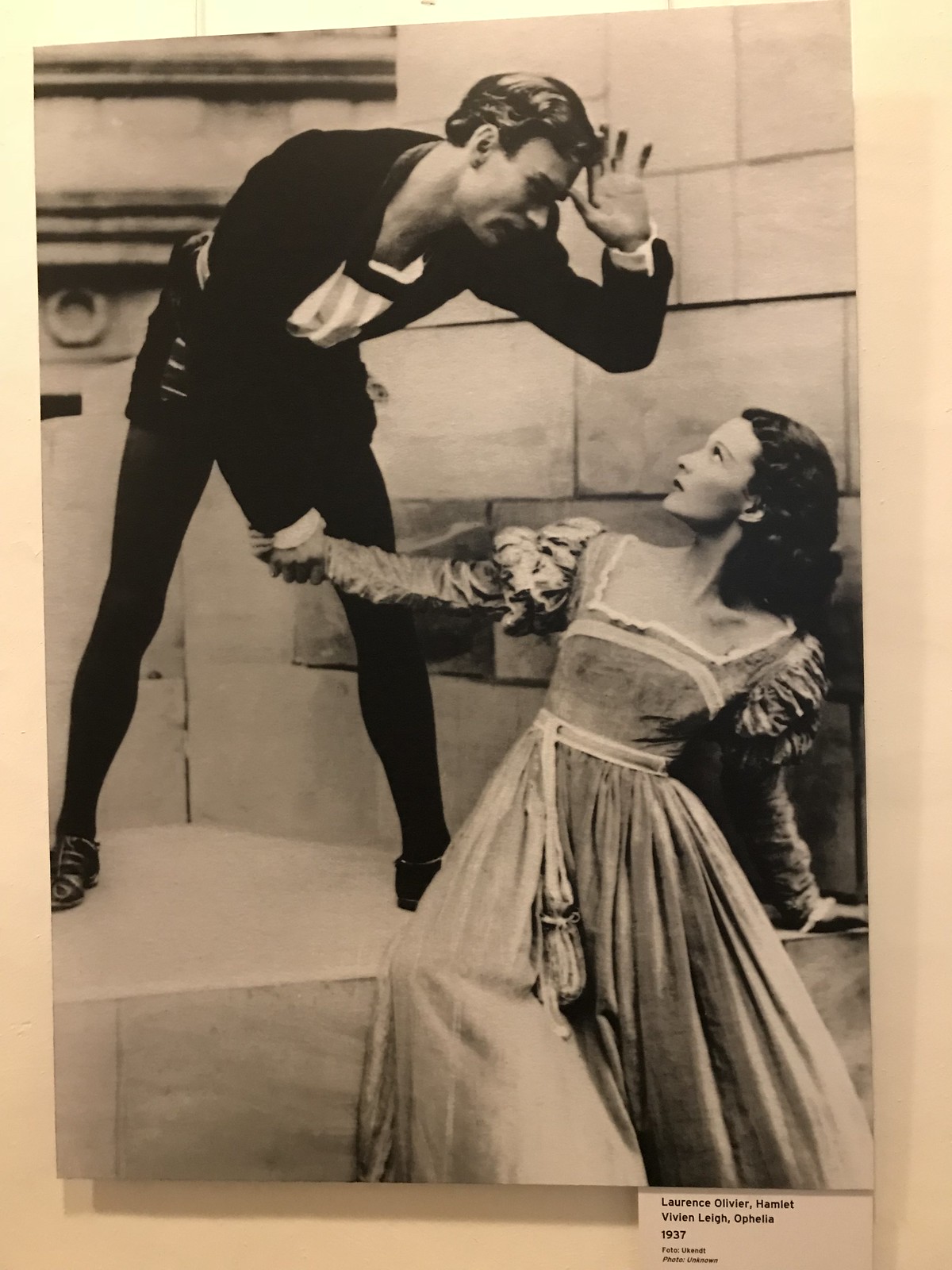 The castle is reasonably interesting for a castle. 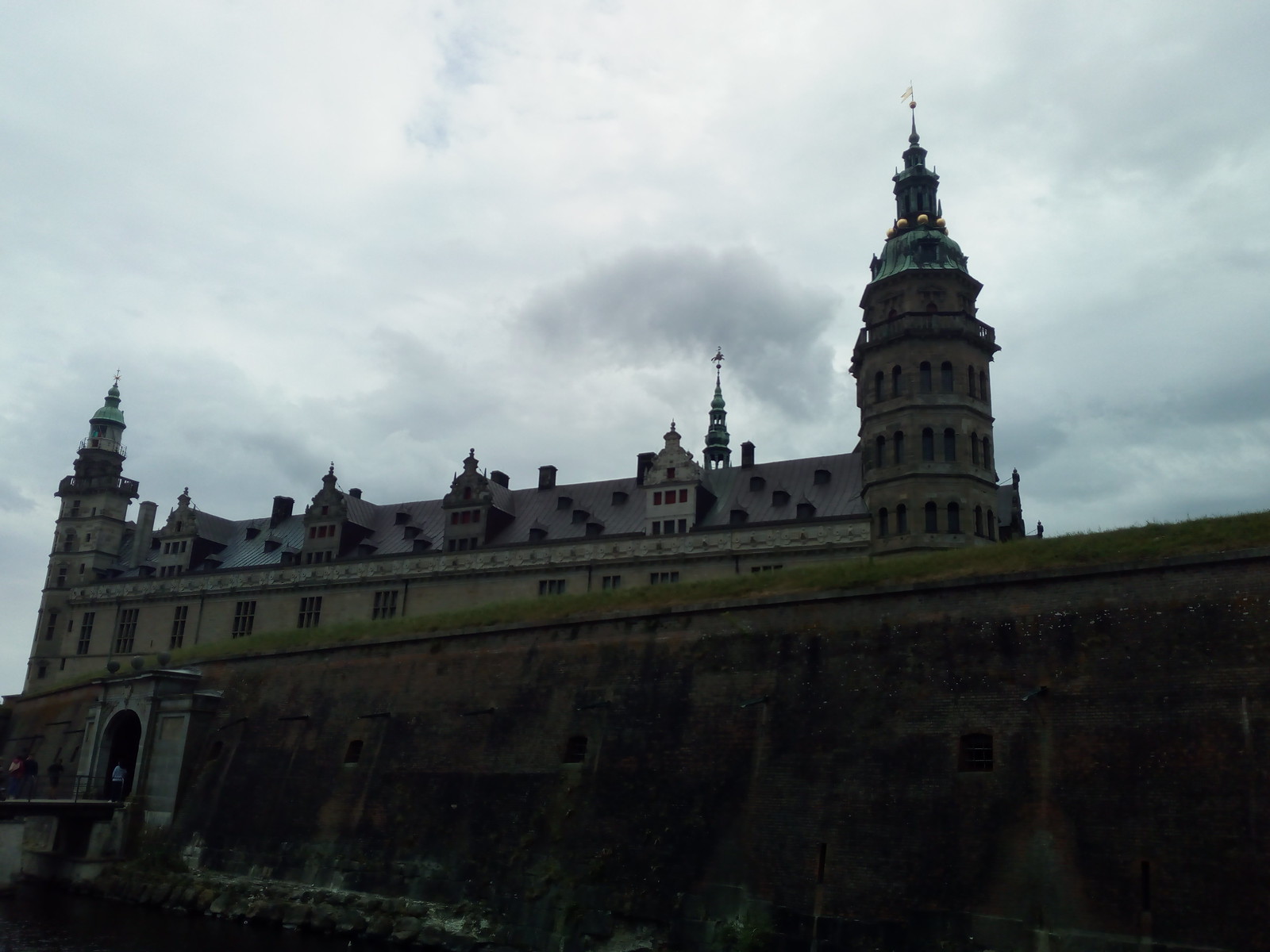 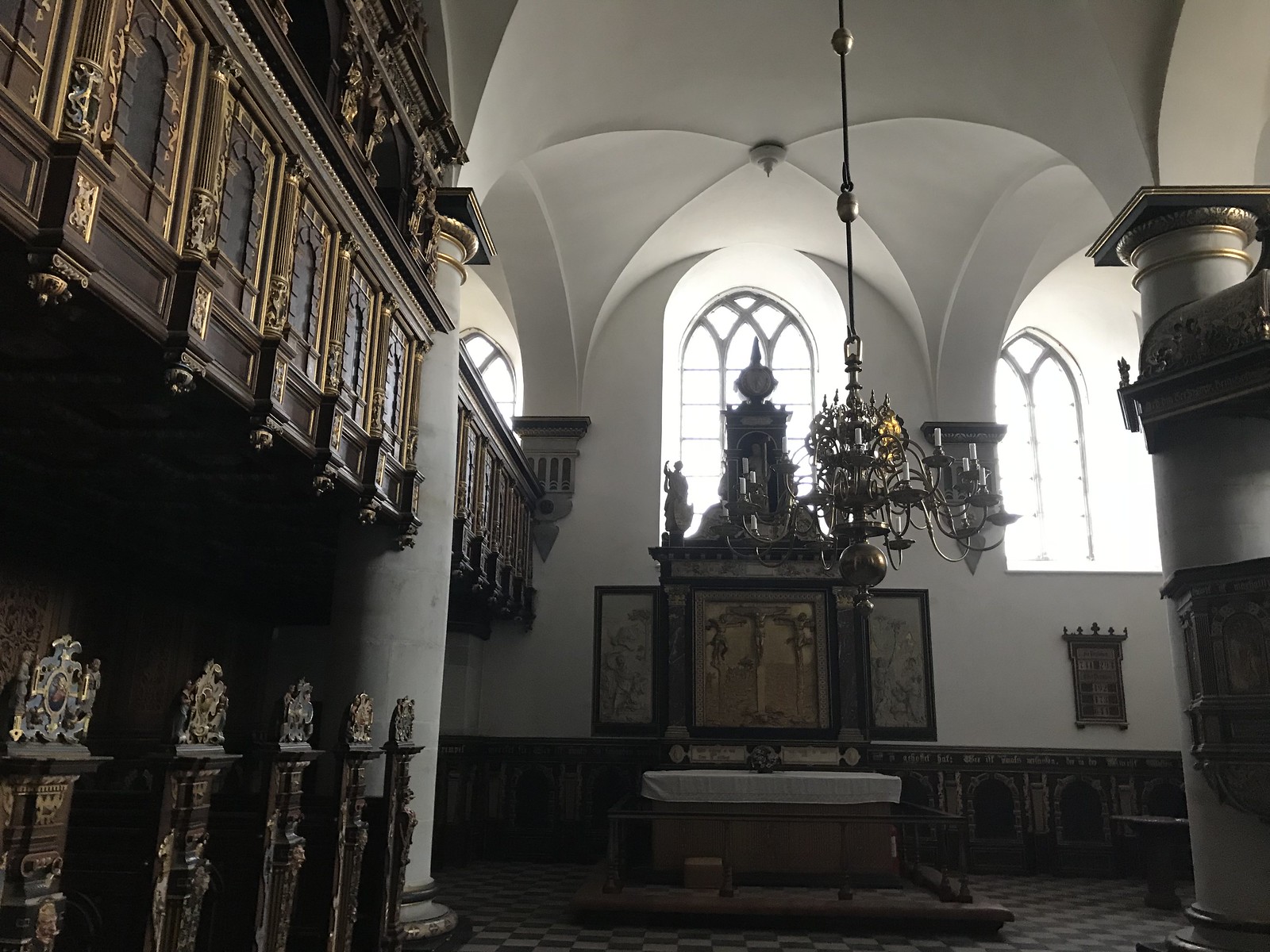 Dan was quite taken with Holger Danske who sleeps under the castle and will rise up if the Danes are in trouble (apparently invasion by Germany in WWII was insufficient to rouse him so it’s difficult to know what he regards as in trouble). I felt this was a learning opportunity and I said, “Look at how he looks, you can see how the iconography inspired Tolkien and that kind of person.” I was really warming to my theme when Dan interrupted me to say that the statue only dated from the 1980s. Snort. 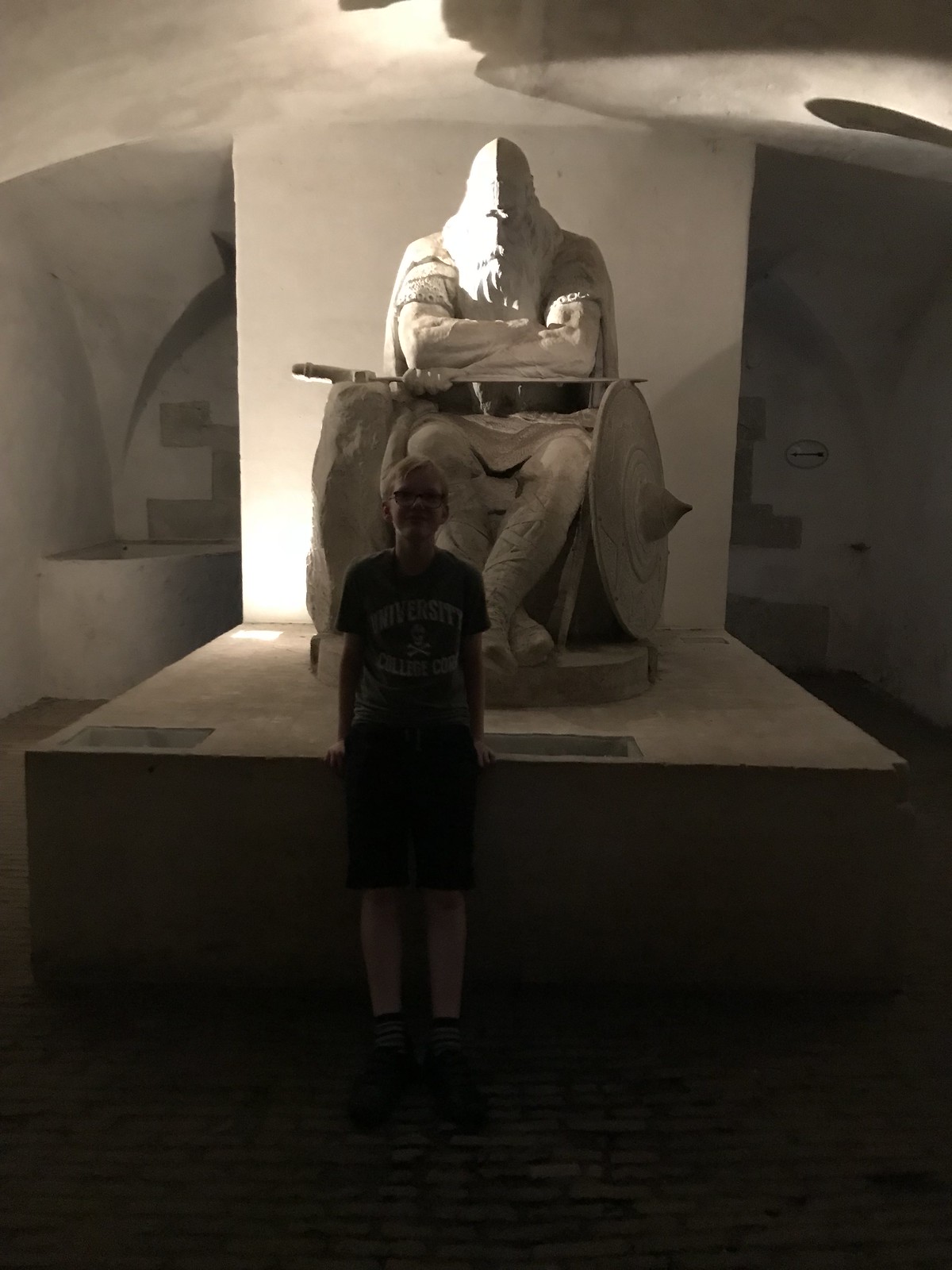 We headed home and enjoyed another spectacular sunset. 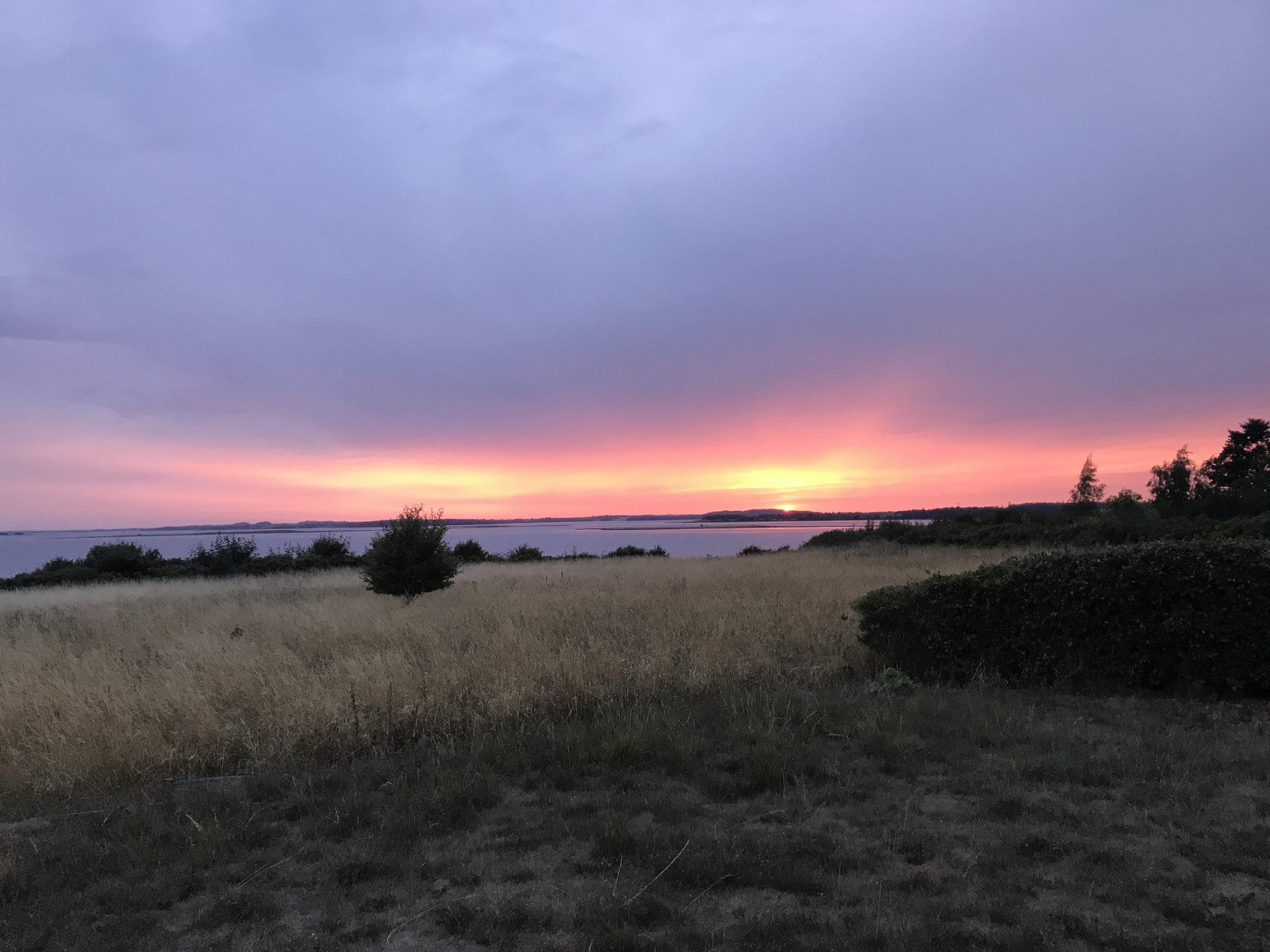 But, my God, it was warm. The house was like an oven. Normally Danish summers are like Irish summers and the house was designed accordingly. It was absolutely sweltering in the all white house, even with all the windows and doors open. I woke up in the middle of the night with the worst headache I have ever had. It wasn’t even a migraine (or if it was it was unaccompanied by the usual patterns). I woke Mr. Waffle up to tell him that if it was an aneurysm and I died during the night I loved him and the children. Mr. Waffle was unfazed. Spoiler alert, Mr. Waffle was right, I did not die, it was not a brain aneurysm but my God it was pretty miserable.

God, it was warm. Even sitting in to our hired car was almost unbearable. The steering wheel was too hot to hold. We went to the ice cream kiosk where we agreed with the nice lady that it was “meget warm”. 34 degrees, people. We went swimming for the first time. I stepped into the water rather nervously on the grounds that it was bound to be cold in the North Sea or possibly the Baltic. It was not, it was warmer than Red Strand in Clonakilty and I wanted to stay there all day to keep out of the burning heat. Eventually, and reluctantly, I dragged myself back to land.

The internet had been removed from our children for the morning because I am heartless. The boys played a fair bit of chess. It palled. In desperation, Michael started reading a book he found in the house called “Why Nations Fail“. He became utterly committed to it and finished it over the following week filling us in on the details as he went along and effectively eliminating all desire to give it a go which anyone else in the family might have had. Mr. Waffle meanwhile found a book by the woman who wrote “The Devil Wears Prada” and heartily recommended it. 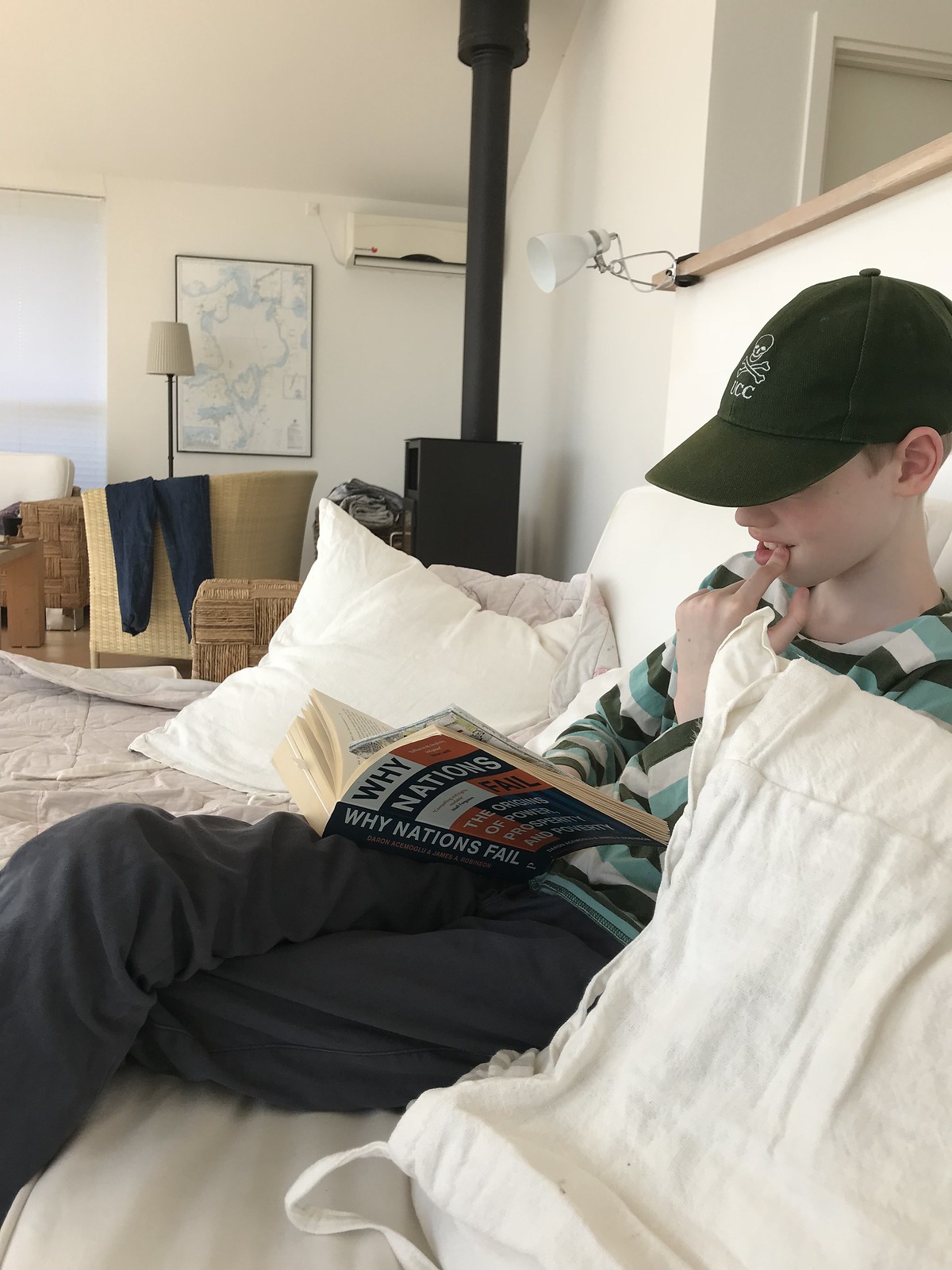 After lunch we squeezed ourselves into the sweltering car and went to the tiny hamlet of Skibby. It has a nice church and half a page in the guidebook. We had the church to ourselves. It was pretty but, to be honest I would have preferred to have been in the North Sea cooling down. 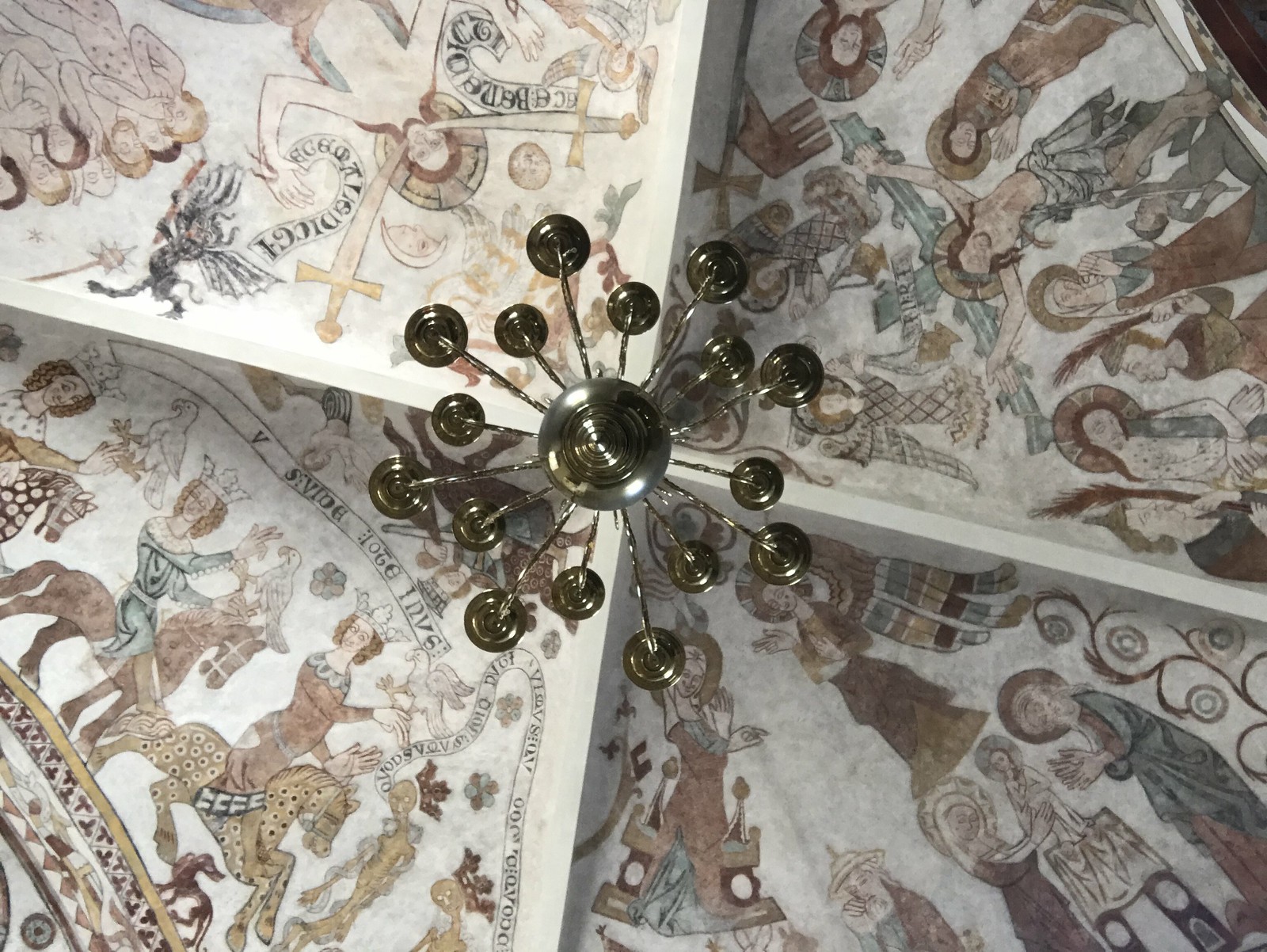 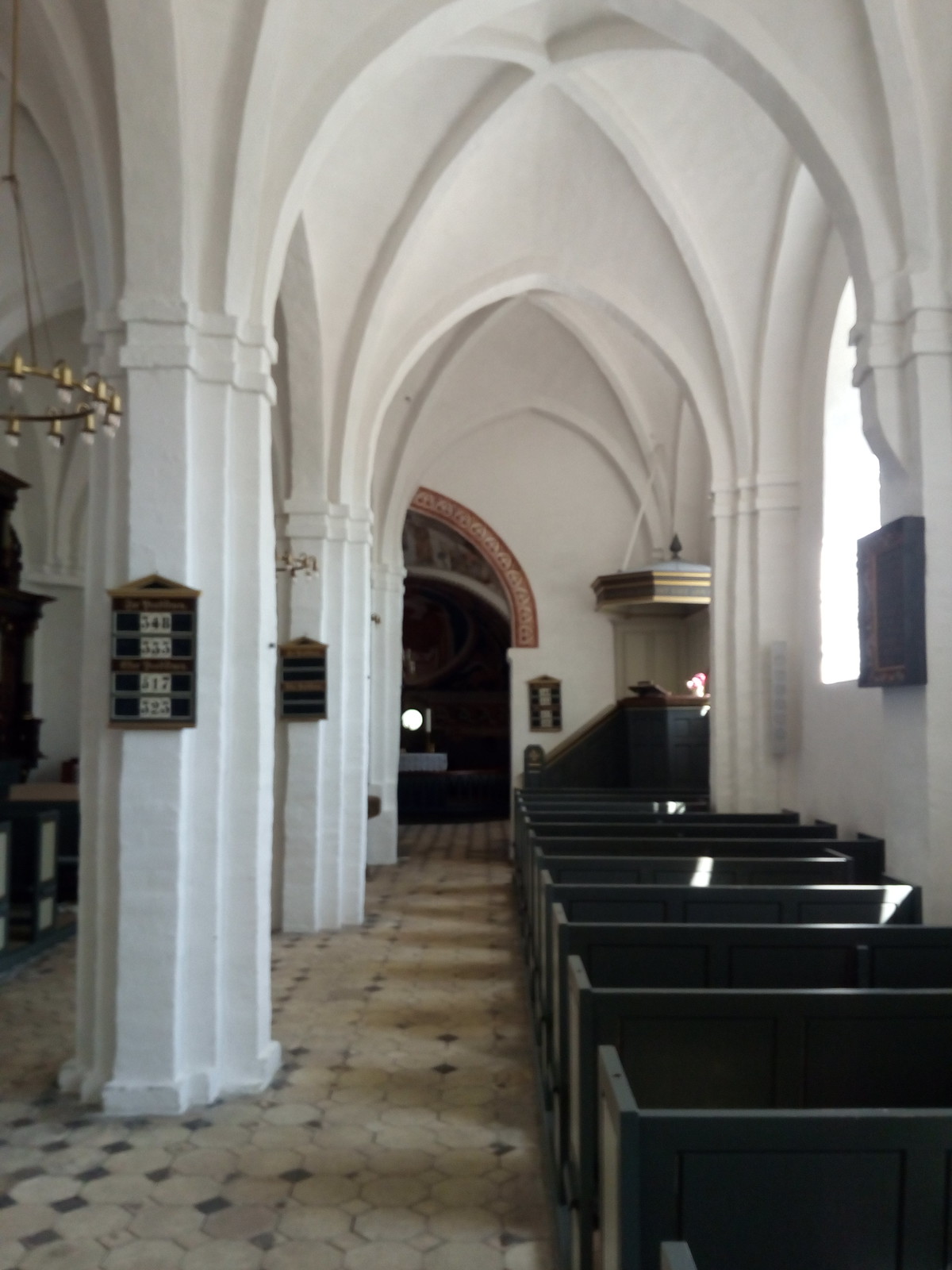 There was a large Danish flag folded up on one of the seats. This came as no surprise. The Danes love their flag. Every house has a flagpole. You see Danish flags everywhere, in front gardens, on every product you can imagine, all over towns and cities and it seemed unsurprising that they would have one at the ready in the church. In fact, the only place I have ever been that seems to love flags more than the Danes is Northern Ireland and that is a bit of a love divided whereas the Danes are all fond of the same flag the very hygge white cross on a red background. Inspired by this we bought a packet of miniature Danish flags at the supermarket. Trust me, you’d have to be there to understand.

We went home and I took myself back into the water. Mr. Waffle and I also tried out the kayaks that came with the house – very pleasant. Meanwhile the children prepared our Danish starter for dinner. 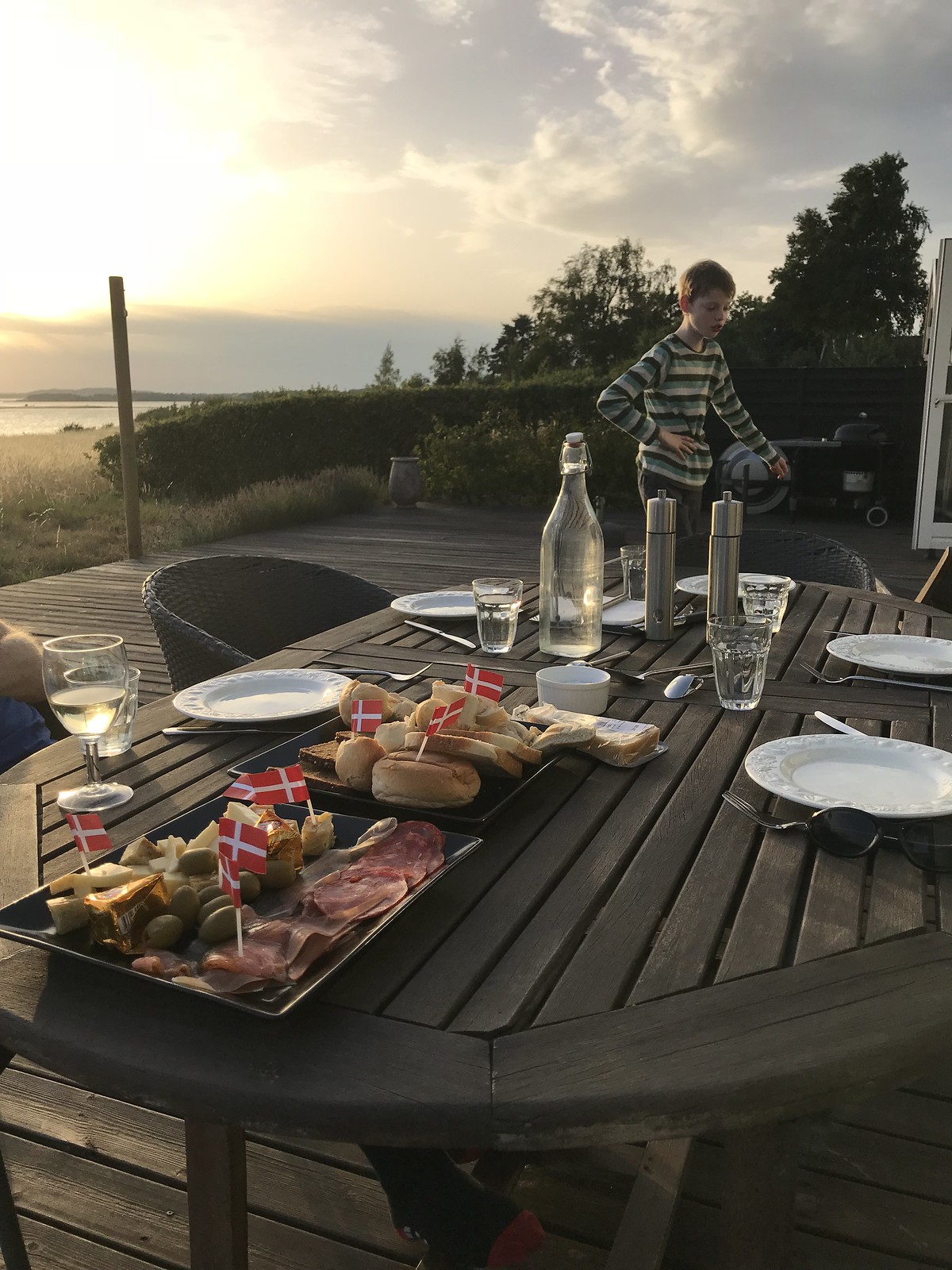 We discovered that the wind had blown the blind in one of the bedrooms and some ornaments had fallen on the floor and broken. They looked less expensive than the door hinge and I added them to my list for ultimate confession. This is the problem with staying in someone’s summer house rather than something that belongs to an indifferent corporation; what a pain for our lovely landlords. Alas. It’s fair to say that they were unfazed by this disaster at least.

That’s enough for today. Stay tuned for the next exciting update.