It absolutely lashed today. I traipsed round town grimly at lunch time trying to find a present for our lovely former childminder, T, who was coming to say goodbye to us before moving back to France. My normal first resort would have been an Amazon voucher but he is very ethical and disapproves of how Amazon treat their workforce so it seemed a perverse choice. I bought him a reasonably large framed photo of St. Stephen’s Green as he used to go there often with the children after school so, I assume that that means he liked it. As I splashed out of the photo shop, I realised that I was unlikely to be able to get it home on my bicycle. Just as well, really, I ended up getting the tram instead.

This evening I had to get home in time to say goodbye to T and give him his present, get to the school for a parents’ meeting at 7 and feed the boys dinner. Mr. Waffle was supposed to be home by 5 but as there were no taxis at the airport, he ended up splashing in to town and getting the tram home thereby missing his chance to say goodbye to T and the school meeting. He was sorry to miss saying goodbye to T and I must say, I felt quite tearful myself saying our final goodbyes, he was such a nice man and the children loved him – he reminded Michael how he used to carry him on his shoulders from school to Stephen’s Green (Michael was never a child for unnecessary effort) and how one Wednesday he collected them from school (I usually collected them from school on Wednesdays) and Michael started crying and saying, “I want my Mummy.” Apparently he kept it up all the way from school to the bus stop and all the way home on the bus and only stopped when T bought him a lollipop from the shop at the bus stop. My heart.

Anyhow when I got home from the school meeting what did I find? My saintly husband had lit the fire and made tea. Is it any wonder I miss him when he’s away? 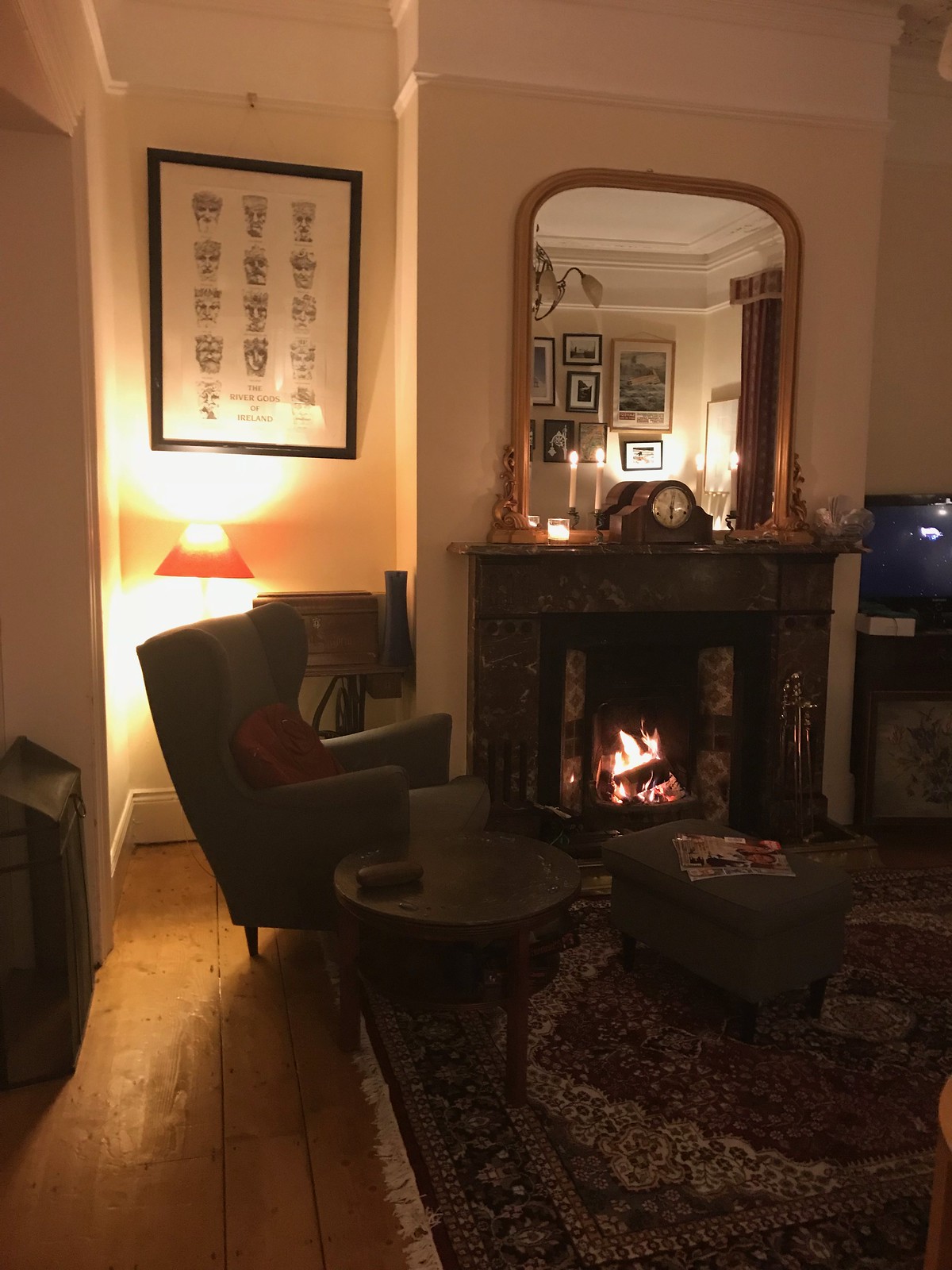