Mr. Waffle is away for work this week. Herself is gone, Mr. Waffle is away. “Who is next?” we ask ominously. I feel like old Aunt Ada Doom. The boys and I are coping though I wouldn’t say that our diet stands up to particularly close scrutiny. Particularly as the oven has died.

I didn’t get home until 7ish this evening leaving the boys to their own devices [or possibly just their devices, let us not inquire too closely]. Sadly, the frame of Daniel’s glasses had broken at assembly that morning and the combined efforts of the school staff throughout the day had not fixed them. He doesn’t see much without them and neither of the boys called me to tell me. I could probably have got home a bit earlier had I known. Anyhow, I saved the day by fixing them pro tem with superglue but it does not seem likely to be a permanent solution.

Mr. Waffle went off to Finland with a copy of the Hollybough. I feel I wrote before about my ambition to be in the Hollybough Christmas photo selection. There are loads of them. All you have to do is have a Cork connection, go somewhere mildly exotic and photograph yourself with the Hollybough. I put it in the bottom of our suitcase to go to Paris last year but Mr. Waffle, under the sadly mistaken impression that there was no need to bring it to Paris, unpacked it. I found it under the bed again when we got back from Denmark this year. Mr. Waffle confessed that he thought of it as we were speeding along the motorway out of Copenhagen airport but felt that no good could come of sharing that thought. Anyhow the upshot of this is that he has taken it to Finland to get a photo with a view to restoring his credit. He’s not from Cork you might argue; fear not, even his tenuous connection would be more than sufficient, however, a good friend of ours in a lofty role in Helsinki is from Cork and, time permitting, he may meet her for a cup of tea. If he does, that’s a centre page spread, right there. I’ll keep you posted. 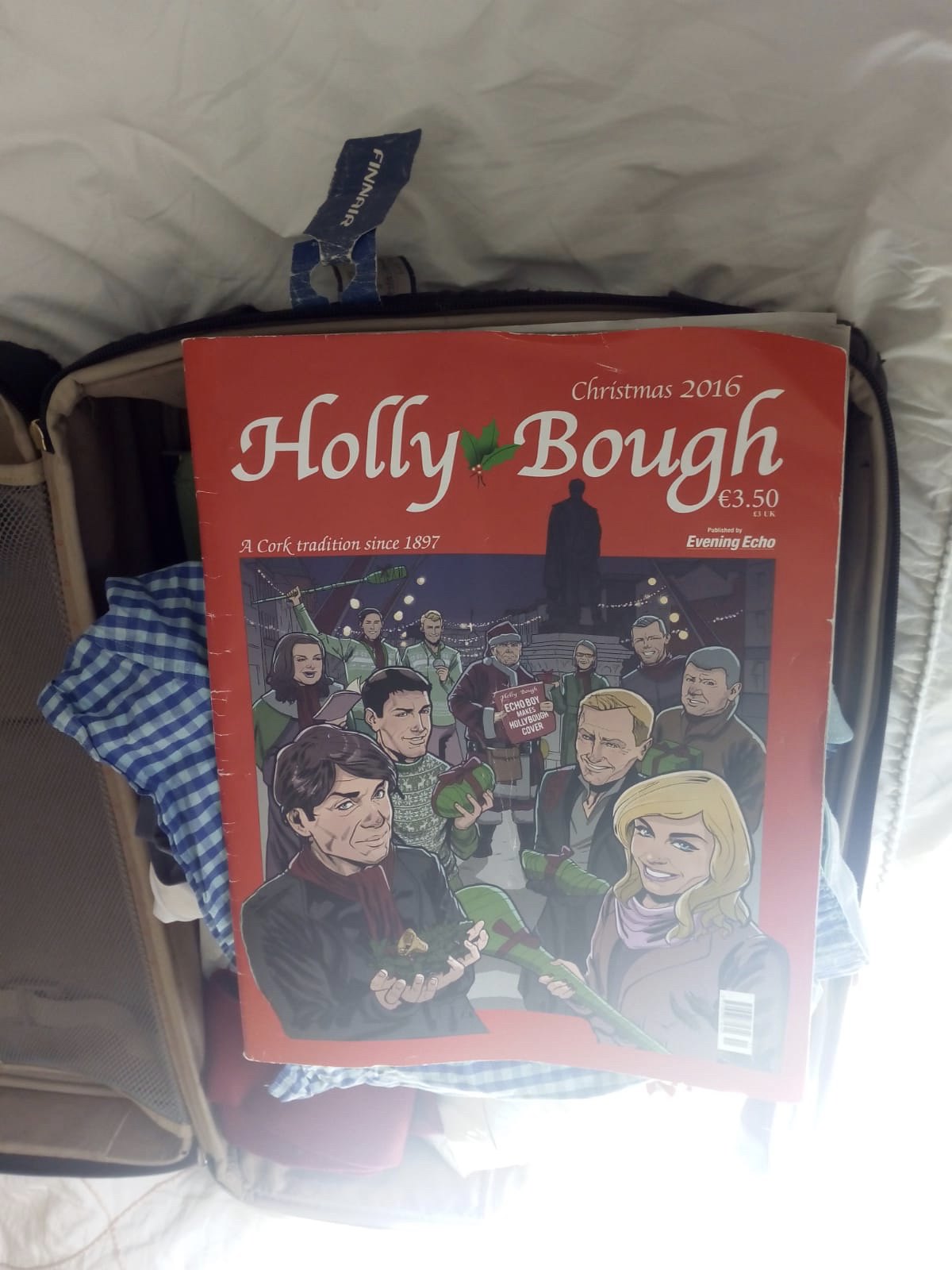