On Friday, Daniel was still feeling a bit sick so he missed French class. Michael and I went in together. While he was not enthused, he is now resigned to French class which, I suppose, is progress. While he was doing French verbs, I went to the new look Bewley’s and had a cup of tea and a cherry bun. I was pleased with my experience: the tea was good, the bun was good and, as I was in no rush, the fact that service was spectacularly slow was not a problem. A fire is nice at this time of year and although I was seated miles from the fire, it definitely improved the overall atmosphere. I will be back. 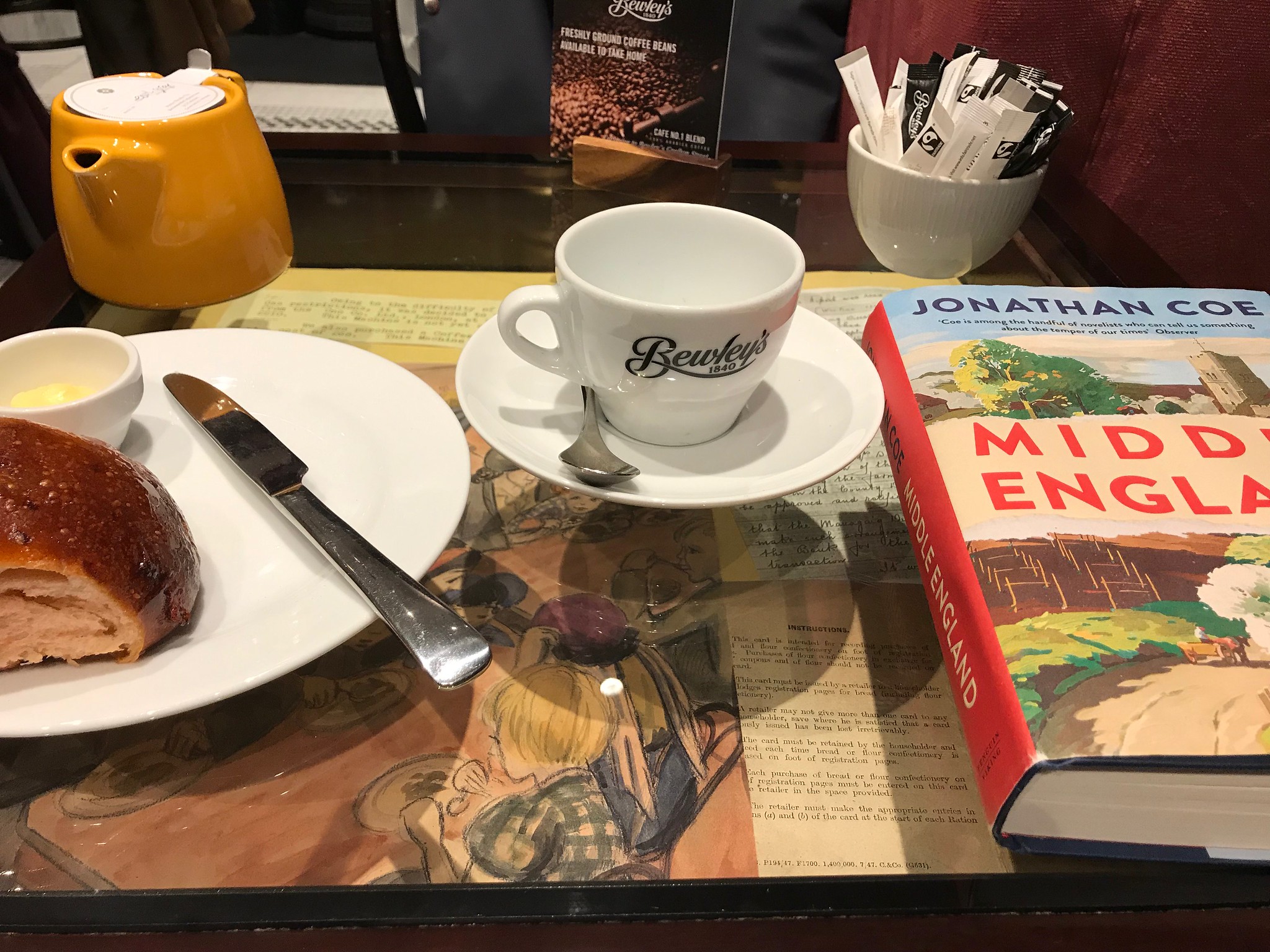 Yesterday morning, Mr. Waffle and I cycled off for breakfast together to a new venue recommended in the Irish Times, we were a bit underwhelmed but breakfast is a low stakes investment and we got to go to the architectural salvage yard across the road afterwards so, a win really.

The afternoon was heavy on logistics. My brother was in Dublin again. I collected him from the station and then dropped him and Dan to collect Michael from drama and the three of them went for pizza. Then Michael came home and Mr. Waffle dropped my brother and Dan to the Dart (like a metro only not as useful) and they went to the Ireland v US rugby match. The outcome was pretty much never in doubt and Daniel was pleased. He does not bear losses by his team with anything approaching equanimity. 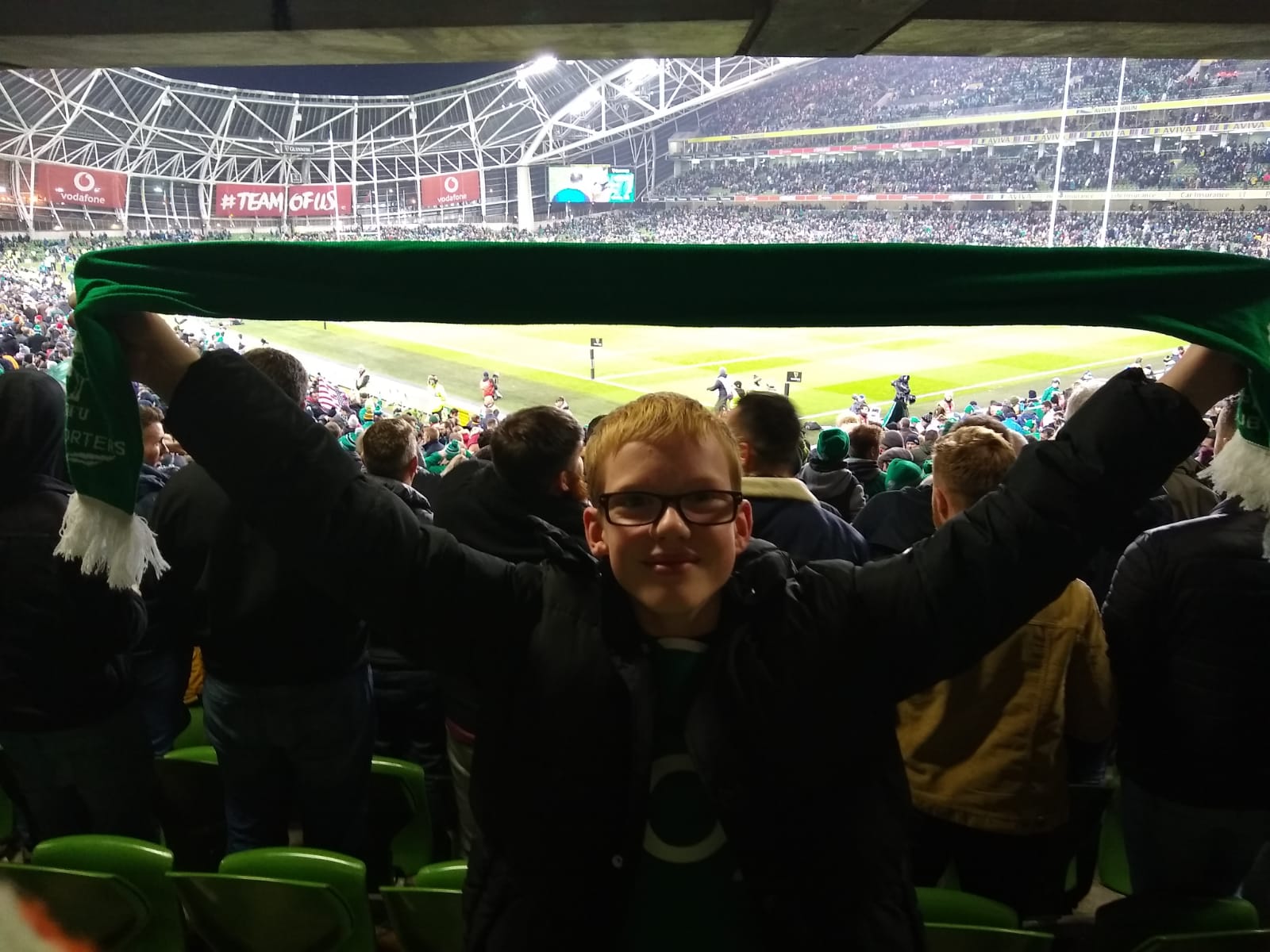 Then I collected Dan from town leaving my brother to go out with his friends.

This morning, Daniel was called upon to read at mass at short notice. He rose magnificently to the occasion and I felt like a minor celebrity as people rushed up afterwards to congratulate him on his performance. Michael was at hockey with Mr. Waffle and my brother was still in bed. A neighbour called round to ask the boys to distribute leaflets for the Christmas fair next weekend and had loads of interesting news about the neighbours (deaths, births, marriages, house sales). Why do I never hear anything?

After lunch, I dropped Daniel round to a friend’s house and my brother to the train. I felt curiously at a loose end. I went into town with Mr. Waffle who wanted to look at the soldier sculpture before it was moved on tomorrow. Stephen’s Green was full of people who, last minute also, were peering at the statue. 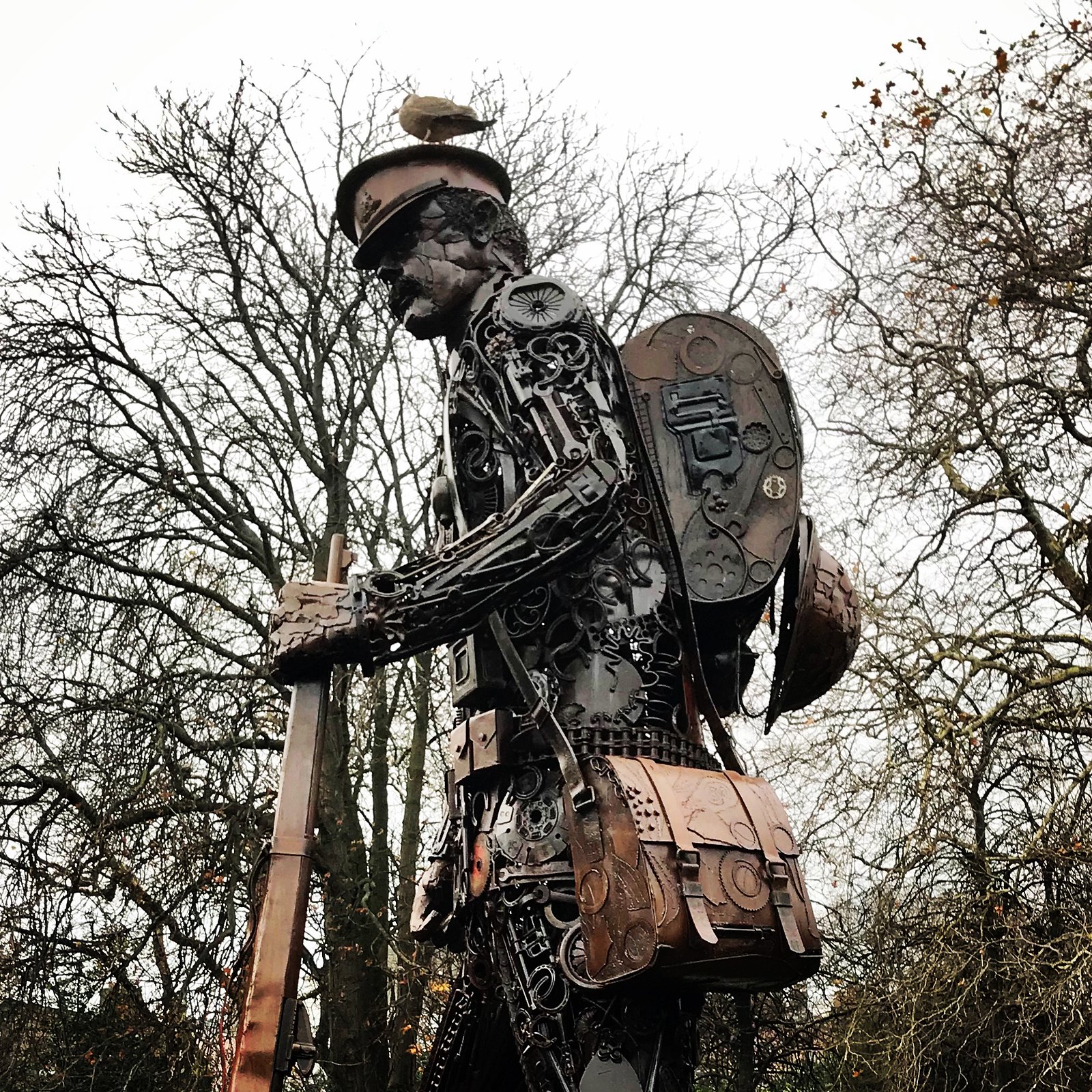 Building on previous success, we went to Bewley’s but there was a huge queue – town was heaving – so we went elsewhere which was mildly unsatisfactory. Mr. Waffle went home and I went around the shops in a desultory fashion and made my way home in the rain. When I got back, Michael was curled up on the sofa in front of the fire resplendent in his dressing gown and slippers. He opined that he had made better use of his afternoon and it was hard to argue.

Herself was in Paris today with her friend, their planned trip for yesterday having been stymied by the gilets jaunes. I was slightly anxious all day because that is my job but I have just received a text confirming that she is safely back.

25 November was my Nana’s birthday which was unfortunate as she always hated the dank miserableness of November. I wonder what she would think of town full of Christmas shoppers and all the lights up. You know what? She might like it.