It was a bit showery again. The government said that on Monday we will be moving to level 2+. The plus is new. Apparently from Monday you will be able to drive 20kms from where you are and anywhere within your own county. As someone from the largest county in Ireland who now lives in one of the smallest, I am, understandably, bitter. I mean, a radius of 20 kms from where I am would almost let me travel the whole of Co. Dublin anyhow whereas in Cork, you could go from Allihies to Youghal which, in case you’re curious, is 178 kms.

Also, Mr. Waffle’s mother’s nursing home is allowing outdoor visits so we can go and visit next week. And the shops are re-opening.

I made my first Lidl middle aisle purchase earlier in the week – the new Artemis Fowl book. The children are a bit old for it now but Daniel read it with some enthusiasm and finished it off today. All three of them reminisced fondly about reading Artemis Fowl on the Nintendo when they were younger. On the Nintendo? Apparently it was a thing. They said that the font was in huge comic sans and you could only get about two lines per screen but they liked it. I’m surprised it appealed when Super Mario was available and I don’t know what possessed us to buy it when we had the actual books but it must have seemed a good idea at the time.

For cinema night, Mr. Waffle picked Erin Brockovich which I haven’t seen since it came out about 20 years ago but which held up reasonably well. Still not as good as Catch Me, If You Can which remains the family favourite.

All hell broke loose on the neighbourhood whatsapp group about the proposed trial bollards at the end of the road. Needless to say, I am all in favour (it would make our road a cul de sac and prioritise walking and cycling) but it turns out that at least two households are very much not in favour. Our road is rather richer in legal professionals than is strictly required and my favourite intervention of the night was, “That is a partial argument, with respect.” Cravenly, I ranged myself with the silent majority and said nothing. I’ve already signed the petition.

Up with the lark for Daniel’s GAA training. The coach says they won’t be able to train together until after June 29 and no matches for the foreseeable. Another 1,000 reps.

Our friend who lives in the Netherlands rang for a chat. Her eldest finished school this year – it made me feel very old to hear that he has finished school, I remember when he was a baby. No exams for him due to Corona virus but he’s off to college in Leiden in the autumn. Mostly online apparently but some on site lab work. How strange this all is.

Herself got her English exam back and was quite pleased with the kind words from her teacher. She continues to hate Paul Durcan though.

The internet appeared to have died pretty definitively; in a fit of desperation, Michael managed to revive it. A miracle. A new modem is to be supplied to us all the same. The children may die of boredom. And it’s raining out.

I have to say I felt something close to despair at the endless unvarying repetitiveness of it all.

The lock on back door (the fancy bi-fold door that the builder warned us would be nothing but trouble) broke and the people who sold it to us weren’t at all sure when they would be able to send someone out to repair it.

An all round grumpy day. Nothing to report other than that the cleaning rota is still with us and we all hate it. 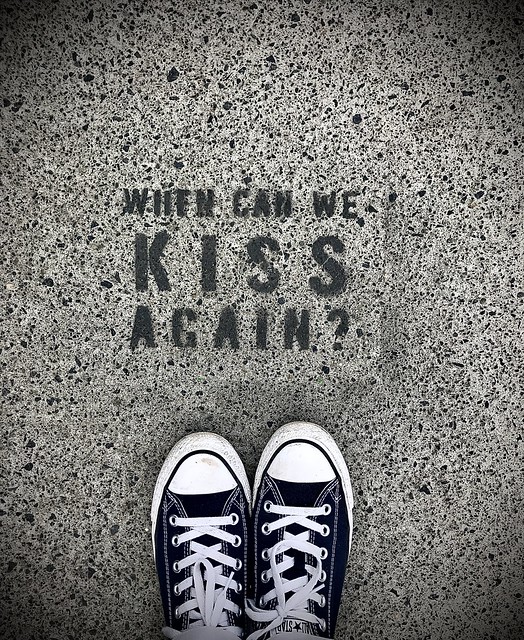 I was woken at 3 in the morning by an unexpected noise and instantly began compiling a list of stealable items in the house: 5 mobile phones; 4 laptops; three tablets; 2 wifi boosters and a partridge in a pear tree. It was not burglars taking advantage of our unlockable back door. Not sure what it was; rat party perhaps?

Last week there were window cleaners next door and I asked them could they do ours as well. They turned up somewhat unexpectedly but I was delighted to see them and they did an amazing job. I had no idea that clean windows could be quite so thrilling.

The council have confirmed that we are having trial bollards installed at the end of the month. I am delighted. Mr. “That is a partial argument, with respect” left the neighbourhood Whatsapp group where everyone piled in congratulating the residents’ committee on their achievement. He may feel that he is not amongst kindred spirits. If you’re good, I might post a picture of the bollards when they go in. Yes, indeed, this is the kind of knuckle whitening ride that I am willing to bring you on.

Enthused by the successes of the day – window cleaning, bollard installing – I cut back a tree in the back garden which has been driving me crazy. 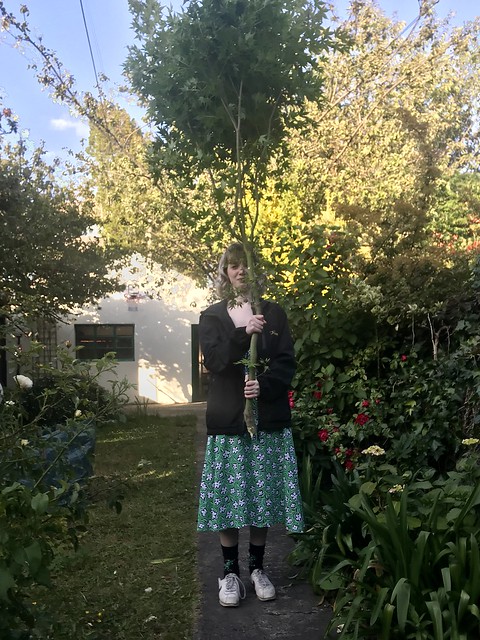 Herself went to the park to meet a friend.

After I’d finished work for the day, Mr. Waffle and I went for a walk. We saw a swan and six cygnets which was delightful but you’ll have to take my word for it as I left my phone with camera at home.

One of our neighbours asked for an old golf ball on the whatsapp group. We met her on our walk and asked what on earth she wanted a golf ball for. Apparently, one of her hens is pecking her own eggs and it will make her stop. I’d say it might. Today is bird information day.

I was summoned from sleep good and early by Daniel who brought the unlovely tidings that the cat had been sick on his bed.

I’m a bit baffled about the various lock down rules and phases at this stage. We’ve thrown out the original thing we stuck up on the radiator and put up a new one describing the current phase. 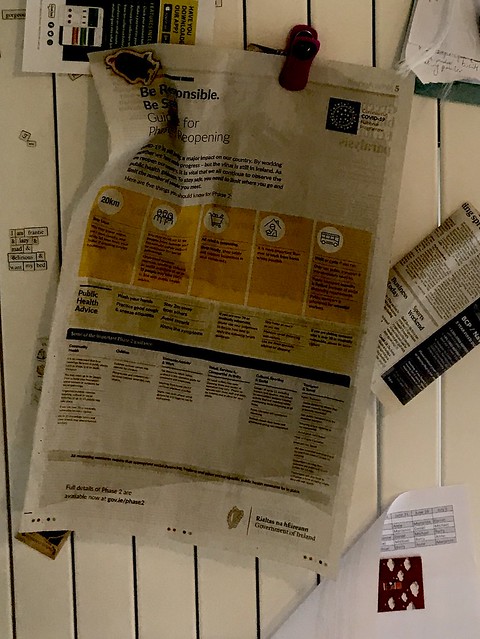 Herself went into town to meet a friend. The boys’ year end reports came. They were relatively pleased. Herself was furious that there was no sign of hers and that the school uniform is to undergo changes of which she disapproves.

The man came to install the new modem. He disabled the current one for a good half hour leaving me to drop out of one meeting and have to dial in via phone to the next one. Then he said the modem was fine which it is not. Our neighbours seem to have excellent broadband and I decided we would go with their supplier. They have both vodafone and eircom so that they have cover as they both inevitably go down about an hour a day each. This seems a bit extravagant to me but I am slightly tempted.

Daniel and Michael made pizza for dinner and it was excellent.

A batch of online shopping arrived for me and I was pretty pleased. I discovered that I had, accidentally, bought myself the exact same trousers I have already but, look, I know that I like them.

My sister called to say that my father was getting out of hospital on Friday and I mentally prepped myself for my first trip to Cork since March.

We went out to the cousins’ house to pick up a guitar which we had bought online and had to be collected from within 5kms of them but beyond 5km of us, if you see what I mean. We could just have waited and picked it up ourselves rather than letting it sit in their house for a couple of weeks but it seemed like a good idea at the time.

We had intended to have a walk by the seaside but it was lashing rain so we went to their house. And then we stayed for take away. And now I think that having not seen anyone for months, I have put myself at risk of infection just as I’m about to go and see my father – my nephew had spent the day on a sailing course but in a boat on his own so, ok, I guess? But it was so nice to see them and get out of the house. With other people around, I suddenly became conscious of how much we have just seen our own immediate family. Also, Michael was delighted to get his guitar. 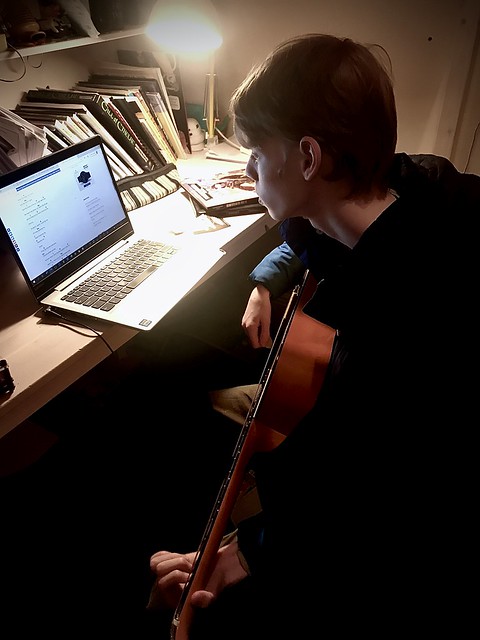 Mr. Waffle sent this picture around the family whatsapp group with the message – “This is depressing.” What on earth will we get him for father’s day?

The hospital aren’t going to release my father after all. Maybe tomorrow. I am on tenterhooks.

The man came to repair the bi-fold door. Apparently they are quite sensitive to heat. Great. Repair was free though so there’s that.

Mr. Waffle and I went out to walk in Howth in the rain. Not as unpleasant as you might suppose. The traffic was appalling on the way there so we seem to be more or less back to normal in that regard. 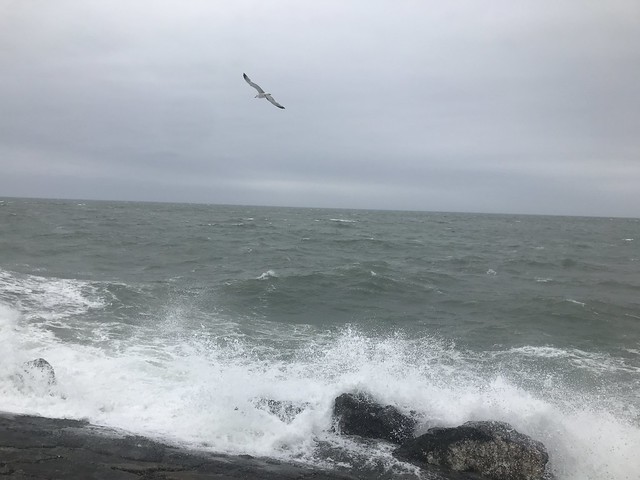 I chose “Contagion” for movie night which was, to be honest, a bit close to home. We were all familiar with R 0 and social distancing, thanks very much. It’s quite impressive how much the film got right but we all know now that 4 months for a vaccine is much, much too short.

The hospital are not letting my father out until Monday at the earliest. He has a chest infection and is on IV antibiotics. He’s pretty grumpy as well, I can tell you. I rang to talk to him but he said, “Dear, if all the news you have is emm, emm, then perhaps we should hang up.” It’s just hard to come up with news at the moment is all I would say. I can tell that he’s looking forward to my visit.

Mr. Waffle bought me flowers which was pleasing.

Herself went to a friend’s house for lunch and the rest of us went for a walk by the sea in Portrane which Mr. Waffle and I last did on my birthday on March 10. There’s a lot of water under the bridge since then. Beautiful weather and lots of people in swimming in stark contrast to Howth only the previous day. 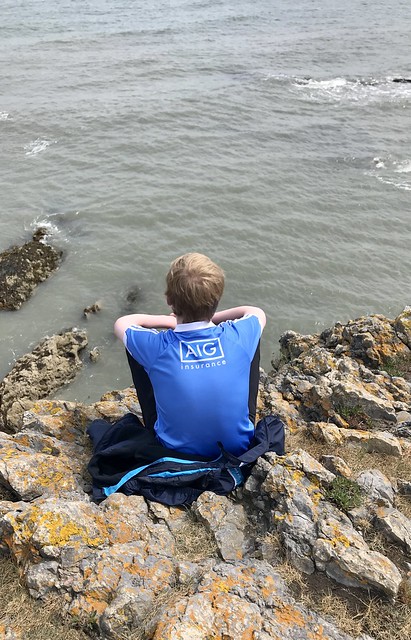 We had our last zoom quiz of this pandemic season (suspended on the basis that we can now meet outdoor and indoors in limited numbers) and, finishing on a high note, Mr. Waffle and I won.

Alerted as I was to the presence of Father’s Day by Mr. Waffle’s message to the family whatsapp group, I ordered an online afternoon tea (heavy on seafood) from Cliff House. I was therefore not even slightly delighted when I went downstairs and wished him a happy father’s day and he said, “Is it today? I thought it was next weekend.” People, it is next weekend. But my order came and we had afternoon tea all the same and, in fairness, I have to say it was absolutely delicious though complex assembly required. Highly recommended. I may never eat again. Photo below leaves out lobster bisque (meringues, strawberries, raspberries and cream model’s own). 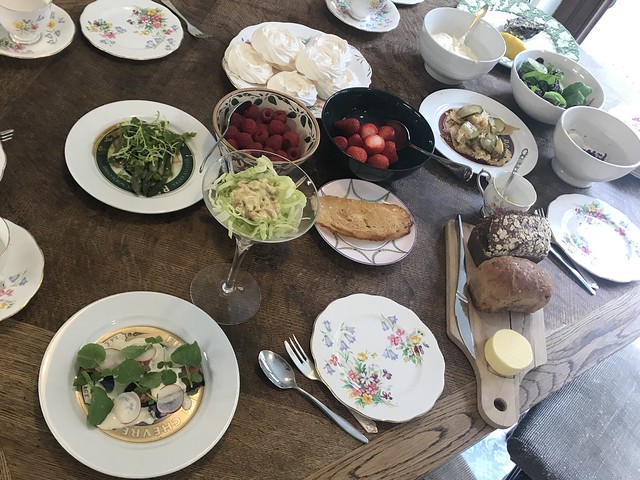 How did you enjoy father’s day yourself?