Honestly, less and less seems to be happening all the time. It’s St. Bridget’s Day, the first day of spring and my mother’s birthday. Rain continues. I think of the poem my mother always used to quote at this times of year but it feels quite inaccurate.

The parents’ council zoom meeting was cancelled. We rejoice.

However, absolute highlight of the day is the whatsapp exchange below with Mr. Waffle. He’s hilarious. 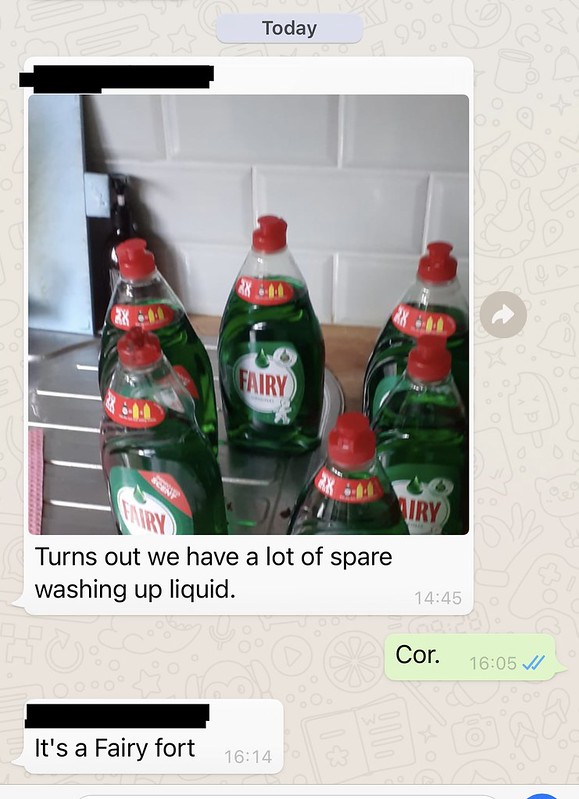 The weather is finally springy; I feel heartened. I absolutely love seeing the Guards doing the Jerusalema challenge. I am feeling less curmudgeonly than previously.

Back to the endless rain, alas, yesterday’s temporary morale improvement was clearly only a blip.

I joined Revolut and feel like a trendy young person.

It was my brother’s birthday and as we had the screen up for film night, we decided to talk to him on the big screen. Not as satisfactory as you might expect. He seemed in great form anyhow.

We saw Bohemian Rhapsody and it was, aside from firmly held views on both sides of the question as to whether you can sing along to musical numbers in a film, broadly successful.

Like much of the world, I have become fascinated by the Handforth Parish Council meeting. Herself and Mr. Waffle say it is a bad thing and feel sorry for the people involved. I know they are right but, it’s just irresistible. My personal favourite parody is the rendition as a musical. One of my colleagues is going to try to include some of the lines in a meeting next week and I am quite excited at the prospect.

Given the amount of time I appear to have spent looking at viral internet content, I probably needed a break. I went to the park for a walk in the rain with a friend. I mean more nice than not nice but walking in the rain just isn’t optimal and I don’t want any of this “there’s no such thing as bad weather just bad clothing” commentary.

I washed the kitchen floor. It was time. Everyone in the family thanked me. I felt like a super-hero. The tiles don’t show the dirt at all which is broadly a good thing but has its drawbacks.

I had my Monday night zoom book club (yeah, I know, on a Saturday, the world’s gone crazy). We were almost all there and none of us had any news. We’re all fed up. We’ve decided to read a book for next month; we’d kind of given up on book reading lately but are now throwing ourselves into it with renewed enthusiasm.

Herself went for a cycle in the park with her friend and came back two hours later frozen to the bone. The boys, Mr. Waffle and I went to the Botanic Gardens yet again, looking for signs of spring (they are few, I can tell you). It snowed on us on the cycle home.

Mr. Waffle and Dan watched the rugby. Ireland lost. A Cork man became the first ever Irish person to get a red card in the Six Nations. Hard to be proud of this one.

I found this chutney at the back of the press and had some with cheese this afternoon. I’m still alive. 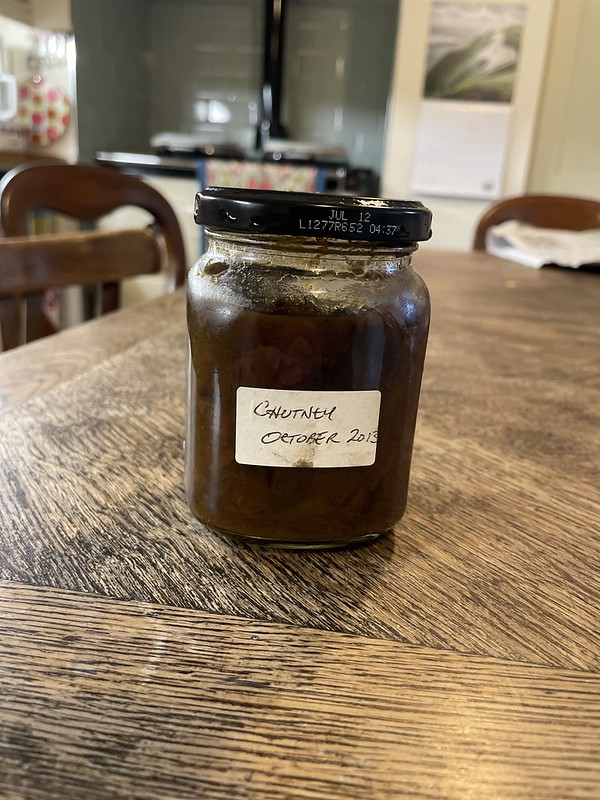 Lads, are we there yet? Townmouse said at one stage in a comment, that if you live through historic times, you might as well record them and I agree. I just didn’t realise how spectacularly dull it would be. Alas. I trust there are better times ahead.